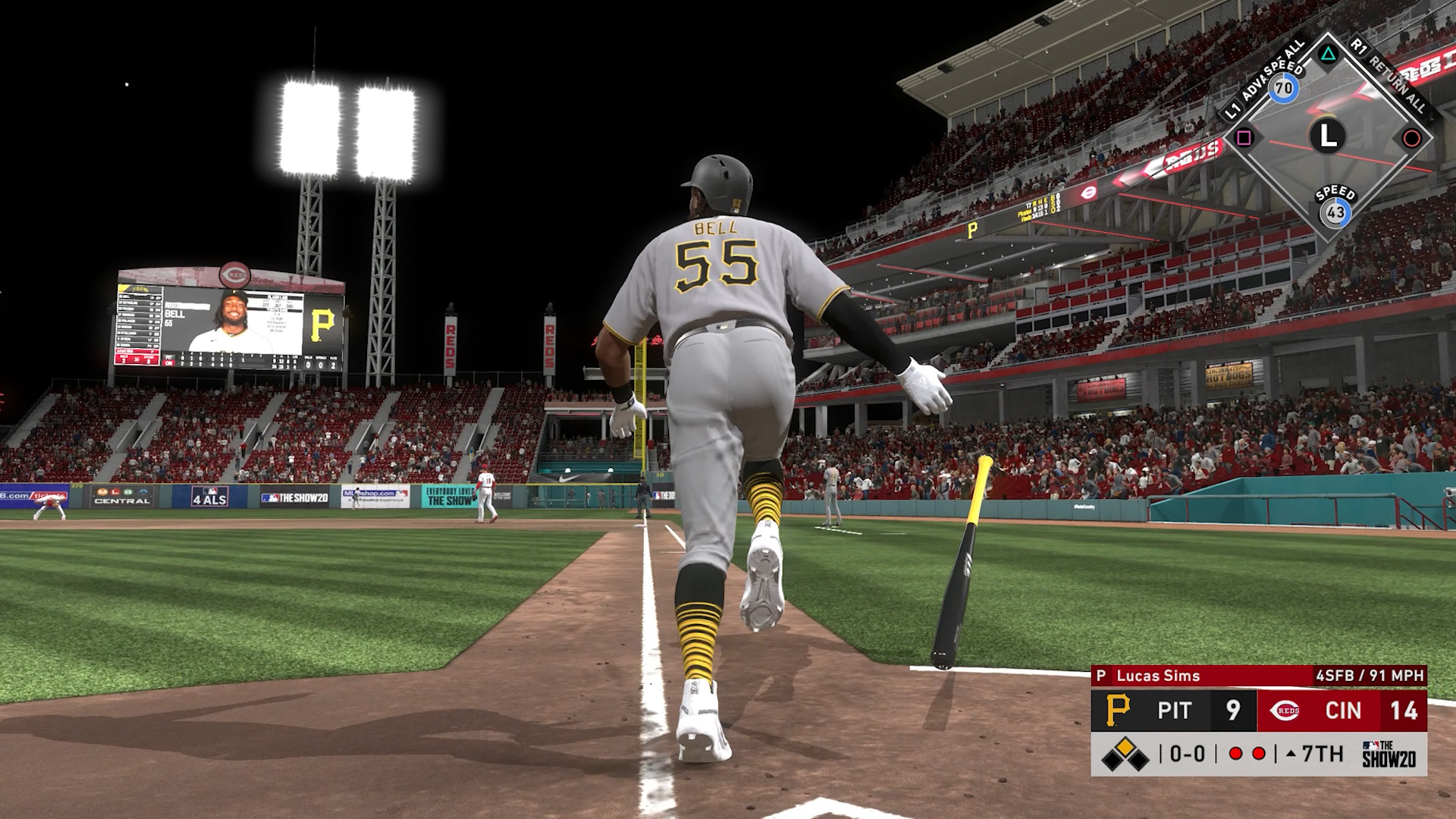 With the Milwaukee Brewers out of the way, the Pittsburgh Pirates are the final team to cover in the NL Central before we head off to the NL West. The Pirates home run swings are few and far between as of now. They have some intriguing prospects in the system, but as for home run hitters currently on the team, I only have two I felt the need to put on the list.

Analysis: With Josh Bell, it’s a bunch of little issues that all sort of add up to hurt his grade. The setup itself is good with a slight bat wiggle and the knee bend being correct. The leg kick is also correct up until Bell puts his foot back down. Bell will put his foot out in front a little more than where he picked it up from, but he also pulls it a little more inside to almost close his stance a bit when swinging. The hand positioning and the slight dip on the swing is correct, but then from the follow through on it breaks down again. Bell generally has a short two-handed follow through where he wraps the bat around his shoulder before flipping the bat to the ground, but in The Show he has a one-handed follow through before doing a skip out of the box. Maybe there was a time Bell was doing that, but it’s not really a thing anymore.

Bell also has a signature celebration, but it’s not quite accurate either. However, the components are there in both as they do involve pointing to the sky and clapping. So in a sense I don’t really mind them being slightly different, but Bell is pretty consistent with how he does the point to the sky at the very least, so I would clean that up in The Show.

Bell is a switch hitter, but his power is mostly from the left side, and I believe his swing in The Show from that right side is generic anyway.

Analysis: With Reynolds, he has a very easy setup and that is correct here. He has a knee bend, a slight open stance, and then rests the bat on his shoulder until he activates his swing. The issue is with the leg kick because Reynolds has a minuscule leg kick, which is really just a baby loading step that squares him up before taking a rip. His leg kick in The Show is far too extended, but the two-handed follow through and quick return to neutral with the bat are accurate.

Like Bell, Reynolds is a switch hitter, but the power for Reynolds also comes mostly from the left side. In addition, Reynolds is not a big power hitter (16 home runs in 500 at bats), but I had to include at least one other player here.

The Pirates have the fewest swings to analyze in this series. Folks like Adam Frazier and Kevin Newman didn’t seem to make sense to look at, Gregory Polanco is working himself back into things, Starling Marte was traded, and someone like Ke’Bryan Hayes needs to get some swings in first at the MLB level. I’ll be moving on to the NL West starting tomorrow.