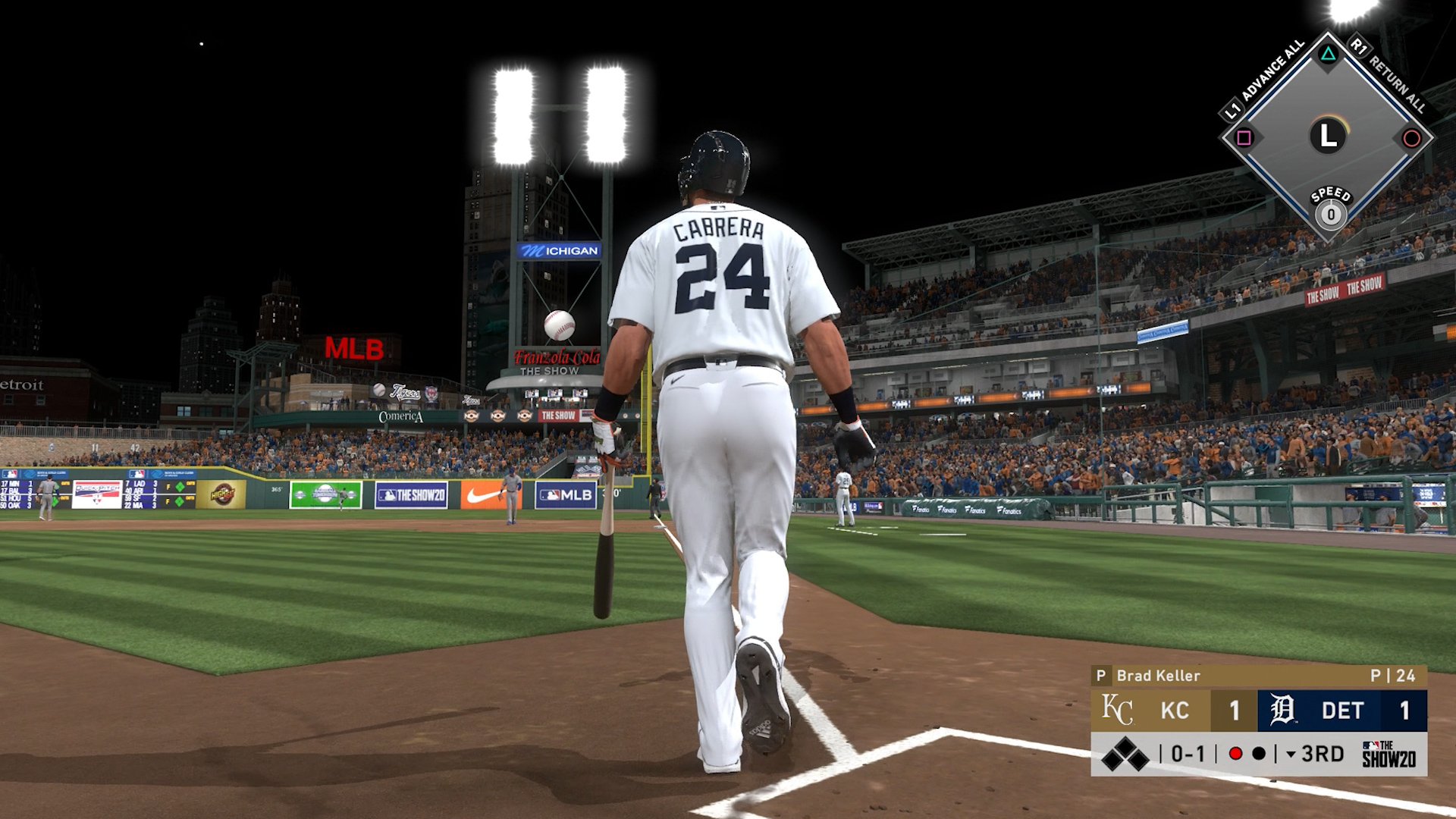 After reviewing the Kansas City Royals, we move now to Detroit and look at the Tigers home run swings. The Tigers don’t have the most exciting team to analyze right now as they’re certainly in a rebuilding phase with not much young talent right now. This means I’ll just be looking at three veterans here for this set of reviews.

Analysis: Cabrera has some minor issues here and there to address. The first thing that stands out is the bat positioning before the pitch. He needs a little more bat wiggle, and he needs to bring the bat to his shoulder with the wiggle. From there, his leg kick is two-fold where he has a first step and then a second step, while The Show just has him with one step. He also needs to generally be hunched over a bit more on his swing. Lastly, the follow through does not need so much extension.

With the celebration, The Show version just has a little more to it than Miggy shows right now. They have Miggy with a full sign of the cross and a point to the sky, but Cabrera will generally go with a more suppressed kiss of the hand and touch below the face with no point to the sky now.

(Much like I said with Salvador Perez yesterday, they could also thicken up Miggy a bit but that doesn’t change the swing.)

Analysis: Schoop has small problems here in the usual areas. The leg kick is too pronounced in The Show, but it does flare out a bit which is a good touch. The other minor issue is he loads his hands too much on the swing itself. After that, it’s a good looking swing with maybe the only other complaint being that he doesn’t pull in his left arm to his body quite enough on the follow through. Still, it’s a proper one-handed follow through and he falls a little bit to the side as his back leg gives a bit.

The celebration is slightly hard to see in The Show clip but it’s correct. He does the basic two-handed fists together twice as he crosses home plate.

Analysis: Cron is actually a little hard to replicate due to his actual swing more than the stance. The stance is mostly correct, with the only issue being he probably loads his hands a little too much in The Show, much like with Schoop. But beyond that, it’s the follow through where some minor adjustments need to be made. Cron holds on to the bat too long in The Show, but there is some effort made to try and get the follow through correct as he whips the bat over the shoulder before bringing it down below his waist. It could be a bit better, but Cron’s follow through is a little unique due to the path he takes with the bat during the swing.

We’ll wrap up the week with a look at Minnesota, and it’s a doozy because there are more players to cover on the Twins than any other team on the list.