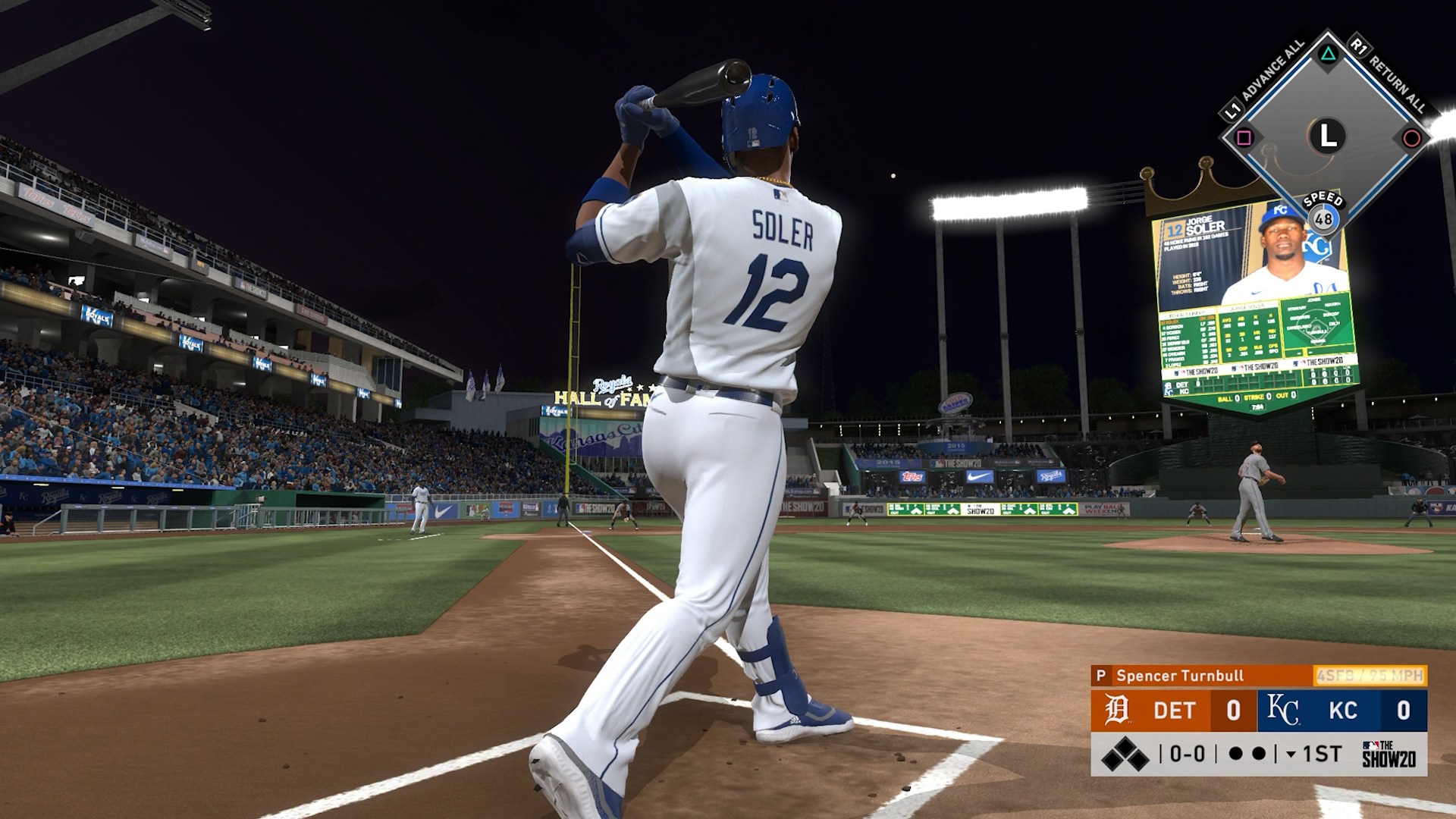 We wrapped up our look at the AL East with an in-depth look at the Toronto Blue Jays. So now we start the AL Central off with a breakdown of the Kansas City Royals. The Royals home run swings are a little easier to cover here because there’s simply fewer players to analyze. I have four players to review, and I don’t think any of the four should come as a surprise.

Analysis: Soler is a fun player to breakdown because he puts some stank on his celebration and swings. What’s in The Show I think is a very accurate representation of his general swing, but it could use a little more swagger. He walks slowly out of the box in The Show, but Soler could sit there even a little bit longer to enjoy his handiwork after totally annihilating a baseball. Be that as it may, the only real flaw in the swing is his lower half could use a little more movement on the follow through as he comes up on the heel of his front foot.

The celebration at home plate is nailed as he kisses the hand and also has the crossed arms across the chest.

Analysis: The issues with Perez’s swing are with the lower half. His leg kick is too pronounced in The Show, and much like Soler, he does not come up on his heel enough with the follow through. The two-handed follow through is accurate though, and the slow walk out of the box also works here. How Perez loads his hands on the swing also works here.

The celebration is not accurate, but it might just be outdated. In The Show, Perez puts his hand over his heart, while MLB Perez seems to now go with a point to the sky and a clap of the hands on most home runs.

(Perez could also be thickened up a bit, but that does not impact his swing or celebration grade.)

Analysis: The main thing to get with Dozier’s swing is that elbow flaring out in the initial setup at the plate, and The Show has that down. The follow through and leg kick are also correct here, but Dozier could get a little lower in his stance and stick his butt out a bit more in the setup. Otherwise, Dozier just falling a little more to the side as he uncoils his lower half on the follow through would be the other small tweak to make.

Analysis: The Show is in the right ballpark with Gordon, it’s just some small tweaks once again. I think they actually overdo how much his front foot points out towards home plate in the initial swing setup. On top of that, he needs to bounce on that front foot more while waiting for the pitch. From there, I think he loads his hands too far back behind his body, and his leg kick is not quite big enough. Lastly, the follow through needs to pull out away from his body a little more rather than wrapping around his head.

Whit Merrifield was the only other player to consider here, and while he’s a very good hitter, power just isn’t a big part of his game. Tomorrow I’ll move on to the Detroit Tigers.