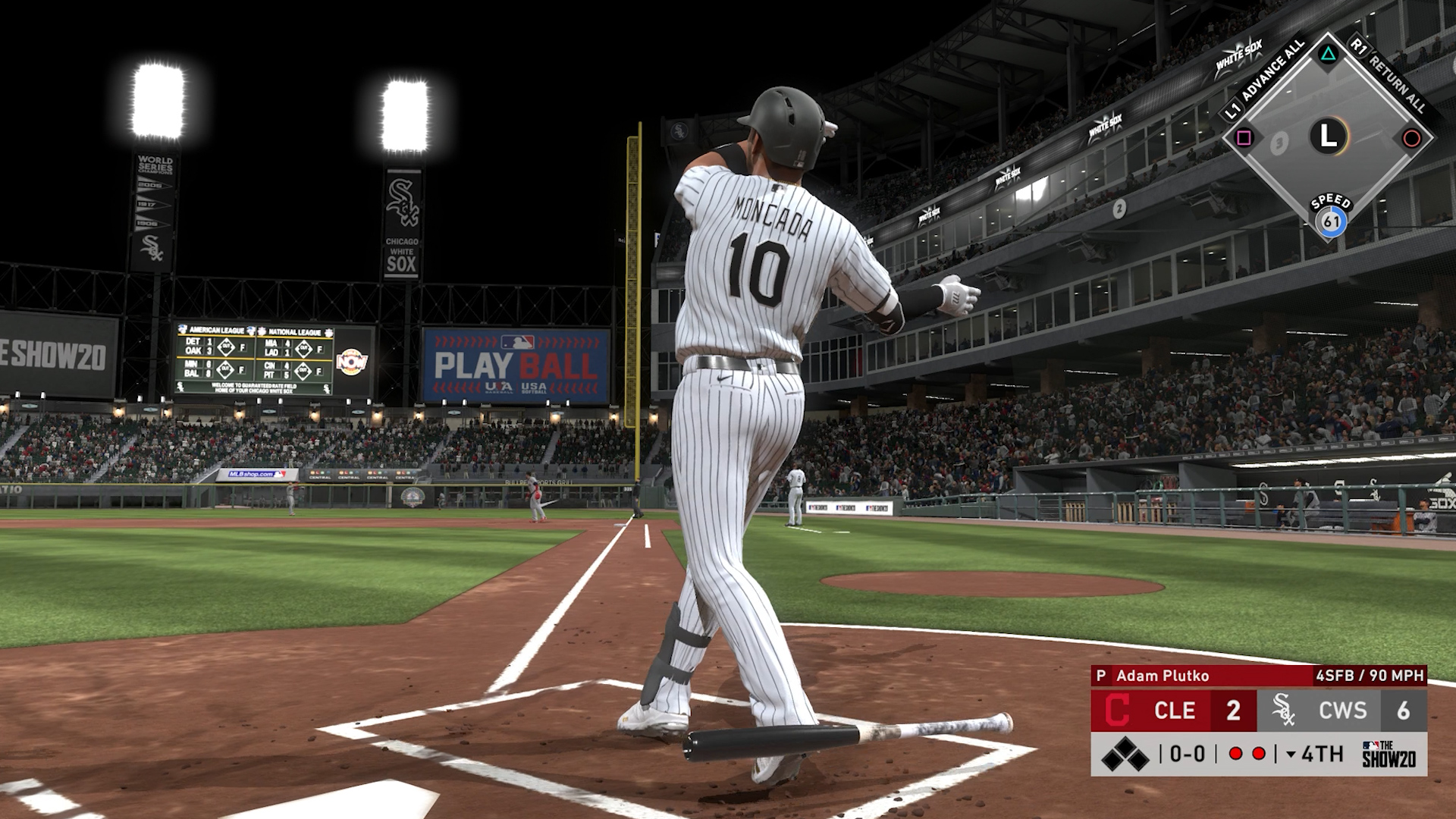 The review of the Minnesota Twins was the beefiest boy we’ll have in this review series, but the White Sox are not far behind. The White Sox home run swings will include reviews of six players, but two are switch hitters and get two reviews. Let’s do it.

Analysis: Edwin’s swing is very faithful here in The Show. His open stance and hand positioning are spot on. The one minor issue is his leg kick brings his foot too much in line with his back foot, while he should remain more open as that leg hits the ground to take a rip. From there, it’s back to looking good as he has the one-handed follow through fly behind his back before he watches and walks out of the box.

The parrot is also in fine form here as he has it jogging around the bases before lowering the arm as he rounds third base to go home.

Analysis: Anderson has a mildly tricky grade to do because the bat flip I think most remember him for is not on him by default, which it probably shouldn’t be because he didn’t do often. However, “The Spear” is in the game, and I also showed it above in both the MLB and The Show clips. Regardless, Anderson does like to have some swag to his bat flips, so he’s a good example for why The Show having multiple bat flips for players would not be a bad thing. The bat flip he does have as his default celebration also works here so it’s not like a bad choice or anything.

As for the swing, he could have a little more movement to his front foot when waiting for the pitch, and he also could stop short a little more on his follow through, but there are very minor tweaks to make here.

Analysis: In my book, Moncada has one of the prettier swings and celebrations right now in the MLB. It’s somewhat like Cano’s swing and celebration, and I’ve always loved that one, so that’s probably why I feel inclined to say that. With that in mind, what’s here is really good. The bat drop is the biggest part to nail, and the only things I would slightly tweak are to have Moncada come up even a bit more on his heel on the follow through, and be more hunched over as he waits to swing the bat.

Analysis: This is another case of just doing a mirror of his swing, but it actually works on some level since Moncada does stay more upright from the right side. That being said, the follow through is where the main issues come in as he should have a one-handed follow through and more pull his arm in to his body like he does from the left side.

Analysis: Another really solid re-creation with Grandal having two slight issues with the leg kick and follow through. His leg kick should be more about his toe pointing down and barely leaving the ground on the toe tap, and then the follow through should come a bit more around his back before quickly dropping the bat.

The celebration is close, they just don’t have him holding two fingers up on each hand, instead using open hands to point up as he hops on home plate. Still, the hop and the sign of the cross are the big things here for that aspect of his re-creation.

Analysis: Again, they just mirrored his swing, which again isn’t all bad. The problem is from the right side he has a much bigger leg kick, and then on the follow through it’s a two-handed short follow through into a quick bat flip.

Analysis: Abreu continues the trend of good re-creations for the White Sox. The hard part to get for him is the toe tap, and The Show nails that down, which is good attention to detail by SDS. He could load his hands a little more and come up on his heel a bit more on the follow through, plus he tends to get out of box a little more quickly, but it’s very small stuff.

Abreu does have a bug though in that his celebration at home plate will not trigger in-game. I tried it many times and could never get it to work. However, his celebration is accurate in the edit menu, so I sort of just leave this portion of the grade as incomplete.

Analysis: We end on one last good re-creation, and the White Sox might be the best all-around team I’ve covered so far in terms of accuracy with this Jimenez grade. The swings look mildly different here because one is to center field in the MLB clip, while the other is pulled in The Show, but the parts are still on point. The biggest thing to get is the two-handed follow through that stops short, and they even have Eloy with a little more swag in The Show with the slowness he gets out of the box.

The celebration at home plate is close. He kisses his hand and has two hands to the sky, but Jimenez maybe could clasp the hands a second longer in The Show before the point to the sky.

Tomorrow we wrap up the AL Central with the Cleveland Indians and then move to the AL West.