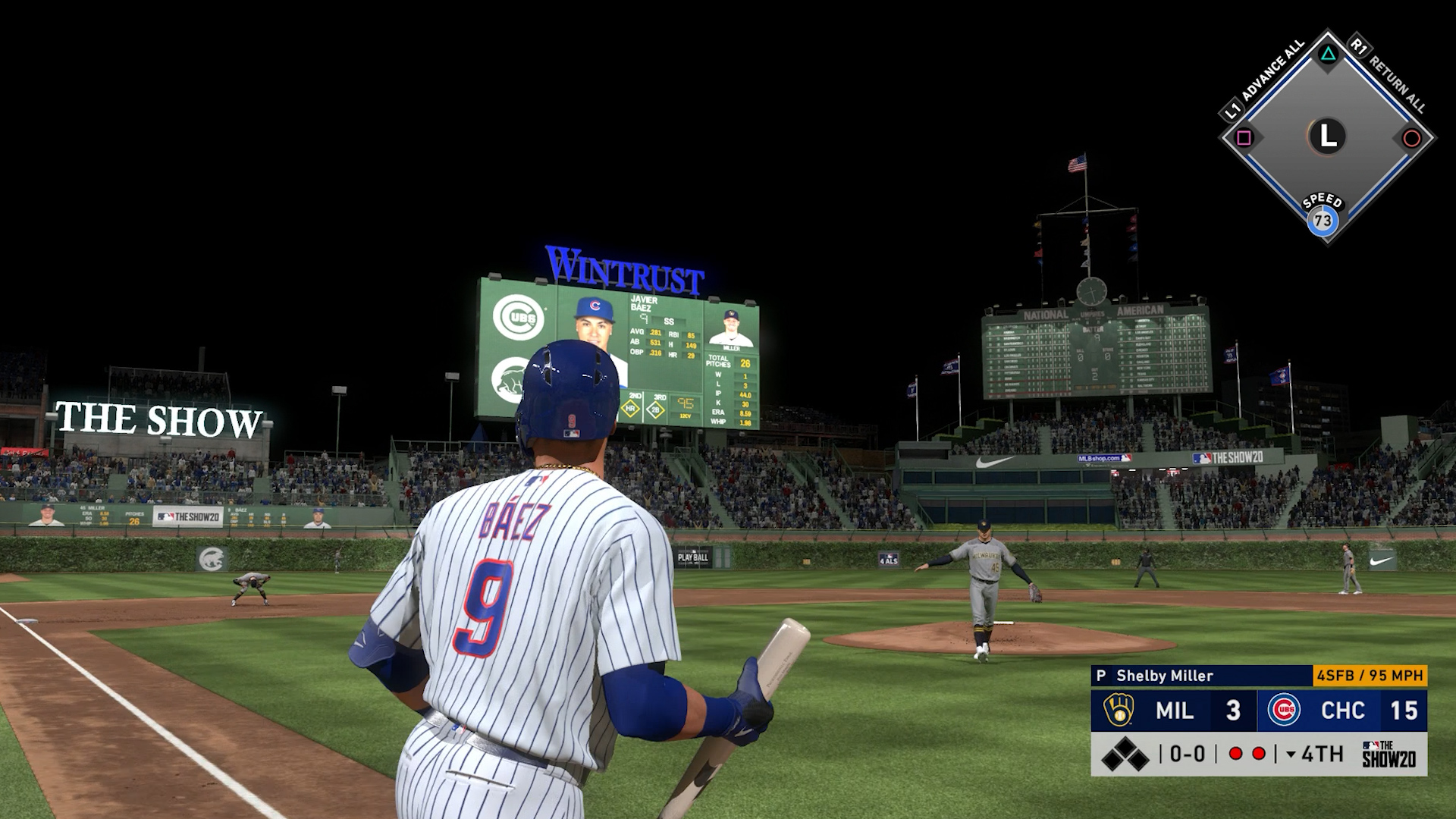 The Miami Marlins wrapped up the NL East, and from there we go now to a more robust team, the Chicago Cubs. The Cubs home run swings are much more diversified, albeit there are not many celebrations to cover. On top of that, of course we have the cover athlete, Javy Baez, to look at as well. So let’s jump into the NL Central and grade some swings and celebrations.

Analysis: This will probably be my first and only incomplete grade in this entire series, but I think it’s valid here. There is no doubt Javy Baez came in for a mo-cap session to get all his signature quirks — he’s on the cover of the game. His point to the catcher while tagging the runner at second is in MLB The Show 20, and so this home run swing is something where maybe The Show is just ahead of the curve — or I’m being dumb and just don’t know the reference home run this is based on right now. Javy Baez could perhaps be doing something where he leans back more on his back foot and does The Show’s version of his follow through on a home run swing, but based on most of the reference, he does a more basic lean back as he follows through on home runs. The bat drop is consistent and accurate, and the general swag is on point, they’re just not one-to-one comparisons.

The celebration is accurate though as Baez will touch his chest and kiss his fist multiple times before doing some sort of point to the sky variation. I feel inclined to do an incomplete grade here because without a real MLB season going on right now, I just don’t know if Baez was maybe just previewing what was to come via his mo-cap session.

Analysis: After Baez, things are more simple from here on out as no one else on the Cubs has a celebration after crossing home plate — at least not one in The Show to make a comparison.

The Show is a little outdated now when it comes to the way Bryant sets up to swing. He is now more up on his front foot in real life, while in The Show he’s still flat footed. His leg kick is also too pronounced in The Show. The follow through is great though as he holds it out there a bit and opens his chest up to where he launched the ball. Overall, the hand positioning during the setup is good as well, so it’s really just the lower half where The Show needs to improve.

Analysis: As is usually the case when there’s a mistake, it starts with the leg kick. The Show has Rizzo doing almost a double tap of his foot to give him rhythm as a pitch comes in, but in real life Rizzo just has a more basic leg kick before taking a rip. Beyond that slip up, it’s just about perfect. Rizzo has one of those golf swings with a launch angle that almost makes his follow through look like something you might see on the PGA Tour. He gets full extension in his lower half and brings the bat back to neutral after the follow through.

Analysis: Schwarber has a pretty basic open setup and a very traditional leg kick. The only thing to really notice is the hand positioning being sort of unique, and The Show gets that as well. From there, after he destroys a baseball he will generally walk a couple steps out of the box and then start his trot. Really, there’s nothing to complain about here in my book as this one is perfectly mimicked.

Analysis: This will probably be another first and only for the series as Heyward has a glitched no-doubt home run swing. He does not drop the bat after hitting a home run. I did this a couple times to make sure I wasn’t crazy, but it was consistent on his no-doubt home run. You can see him go to drop the bat, but then it’s back in his hands.

That glitch aside, this is somewhat solid. Heyward will rock onto his heel with his right foot when he annihilates a pitch, and that’s not quite here. However, his stance is correct, and the leg kick works out here as well. The only other small complaint is Heyward keeps his hands a little further out from his body now on the setup.

Analysis: Contreras may have a generic stance and swing, but I felt he should be included still. The lower half isn’t too bad, but he could be bending his knees more. The upper half is where the issues start. His hands are not high enough and he’s not bent over enough. The leg kicks are mostly on point, but then on the swing Contreras tends to go with a two-handed follow through while it’s one-handed in The Show. Lastly, while I cut off The Show homer a little early here, Contreras does not stare down the ball long enough in the game as that’s something else he tends to do in the moment in real life.

There is some weird stuff here with the Cubs, but they are certainly well represented. I expect Ian Happ is someone who will make this list next year as well. Tomorrow I’m serving up the Cardinals as we continue through the NL Central. Thanks again as always for reading.