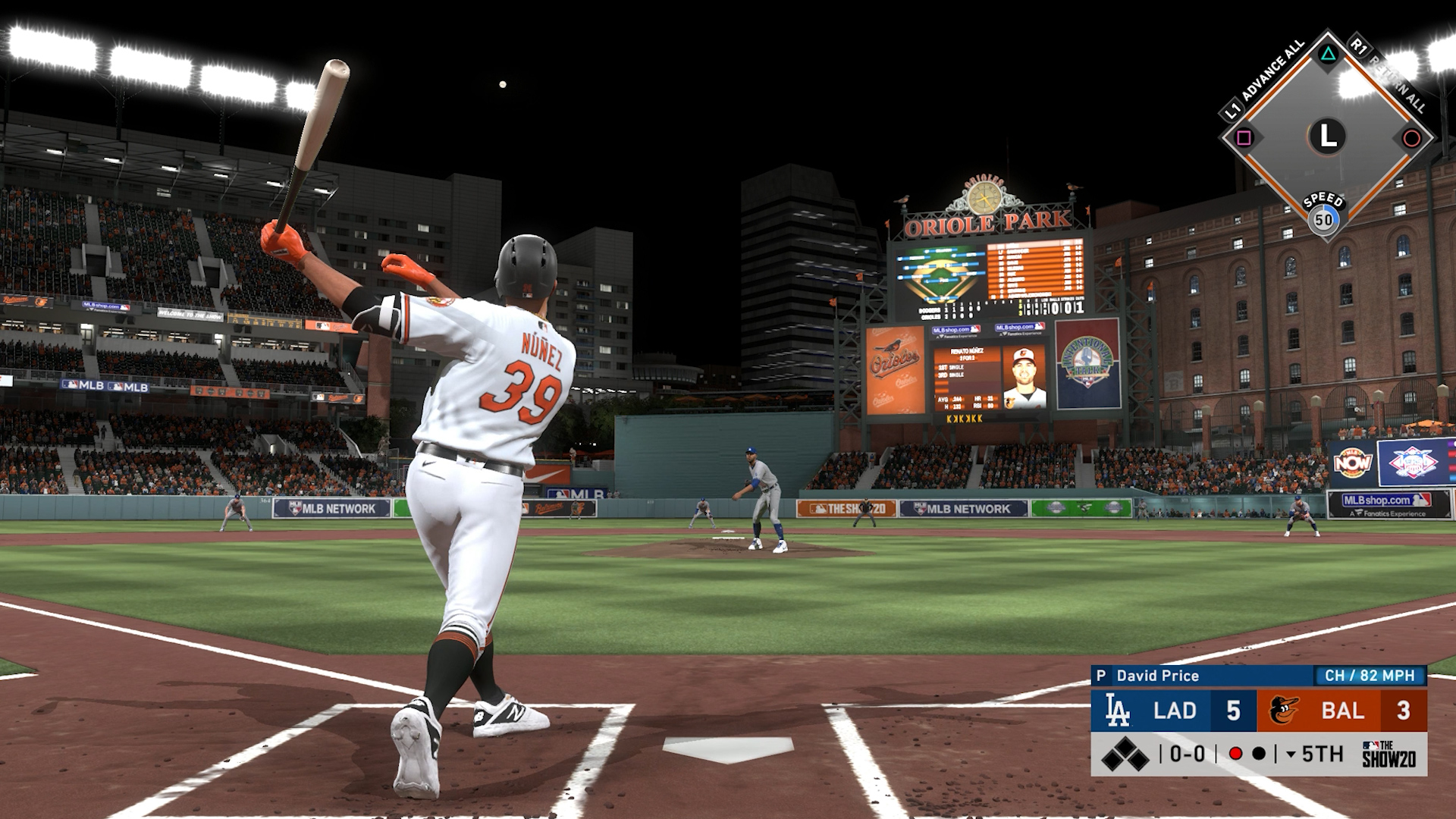 I started off the AL East (and American League) with the Tampa Bay Rays yesterday. I’m going to keep the main events back a little longer here and go now with the Baltimore Orioles. The Orioles do not have a ton of power to analyze at this juncture so this is a relatively short review session. Let’s get to it.

Analysis: First off, we’re all hoping Trey Mancini beats cancer and can return to the field at some point down the line. With that being said, this is a great re-creation by SDS. Mancini does not have a terribly tough swing to mimic, but minus maybe ever so slightly overdoing the leg kick, this is a really good mirror. One really nice touch is the way Mancini bows his head and starts running around the bases rather quickly. I cut off the MLB clip before that happens, but it’s accurate to how Mancini tends to get out of the box. The uppercut swing and the way Mancini slightly falls to the side are also a good look here.

Analysis: I do not think Nunez got a signature swing, but SDS still did a solid job picking a decent generic one for him. The issues with the swing are in the setup and follow through. Nunez has an open stance where he stays up on his left toe before the leg kick to bring that left foot back in line with his right foot. That being said, the hand placement and upper body are not far off, he just needs to be a little more hunched over. With the swing, it’s accurate to have the one-handed follow through, it’s just that The Show version has Nunez wrapping the bat a little too far behind his body and he drops the bat too low. On top of that, he does not come up on his heel in quite the same way as in real life.

The celebration is perfect though as he gives the touch to the chest, then the mouth, then points to the sky. So good work there by SDS.

Analysis: Santander is a switch hitter, but I only took his right-handed swing for review because last year he was better against left-handed pitching. He does actually have solid power from both sides of the plate, but I think it makes more sense to represent his best side here rather than both since he only reached 20 home runs (albeit in under 400 at-bats).

With that in mind, again, I think Santander got a mostly generic swing but his own real swing is rather basic so it still works out for the most part. I think Santander needs to lower his hands a bit, have his front foot bouncing up and down, and bend his knees a little more, but from there it’s solid. The leg kicks are relatively close, and the follow through is also in the right ballpark. Santander could fall a little more home plate but that’s another small adjustment in the grand scheme of things.

The Orioles are another team where I’m sort of waiting to see who comes next. I left out Chris Davis but I’m sure he still has the semblance of a signature swing in the game (it’s just that it’s far past the time where grading him feels necessary). Otherwise, I’ll just wait and see who can maybe jump up and join this list next year.