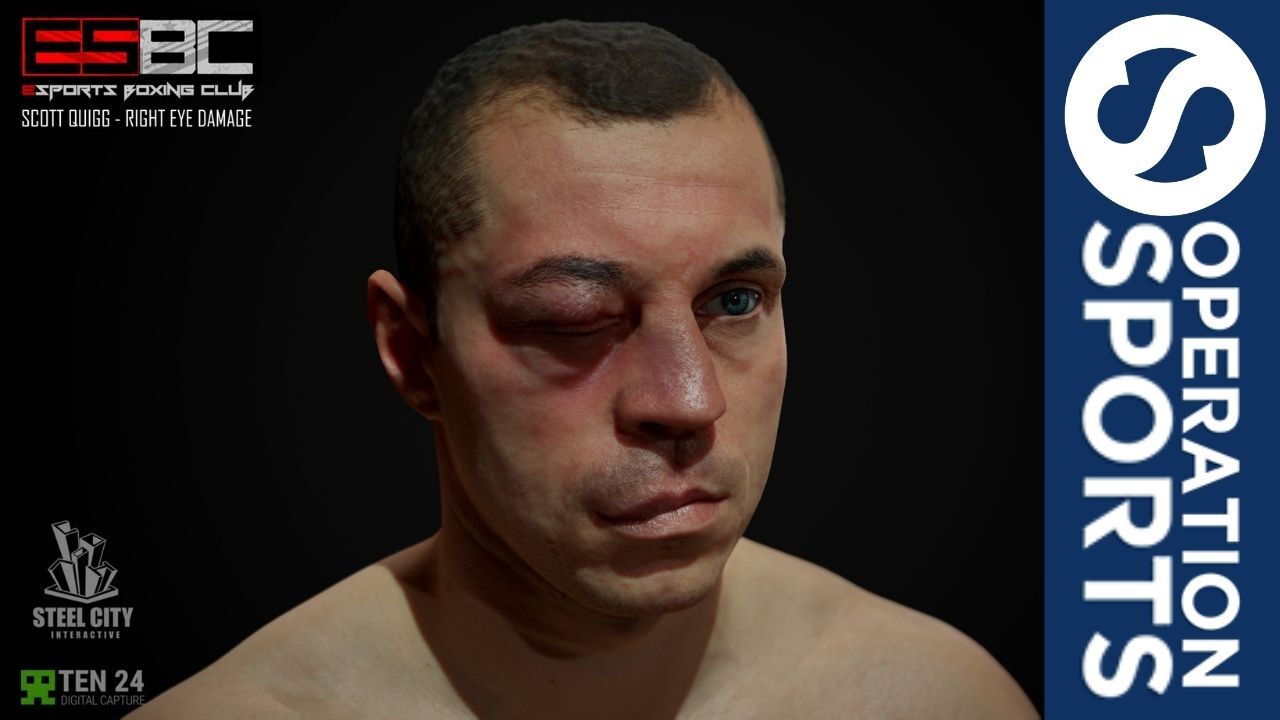 In this video, Prince takes a look at the eSports Boxing Club facial damage and the crazy results that can occur.

In the lead image, former champion Scott Quigg has a badly swollen right eye, but it appears that’s just one example of the damage that can be dished out and absorbed in the game. Our video team is a huge fan of following this upcoming boxing game, so be sure to also check out the create-a-boxer comparison video from last week as well where Prince compared eSports Boxing Club to Fight Night Champion.