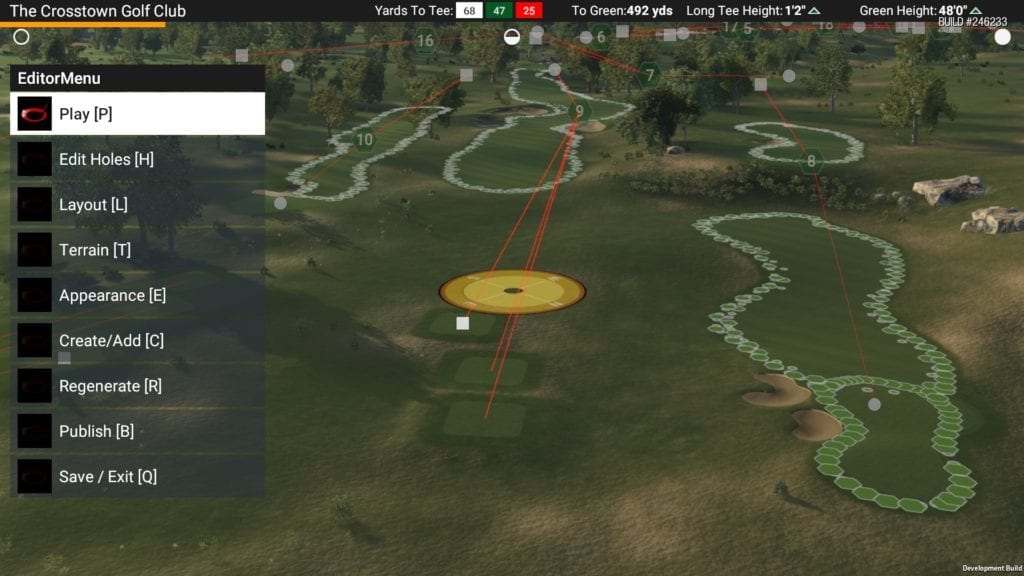 The Golf Club 2 will feature new assets and new tools for The Golf Club 2 course designer. Keith, the community manager, has written up some of the details here.

No longer will designers be held back by a simple water table. While that still exists, water can now be placed at any elevation the designer would like. Want to make a mountain lake with a gentle stream running downhill with a few holes crisscrossing that stream? It can now be done in The Golf Club 2. Loads of new assets like buildings, walls, bridges, vehicles, etc have also been added. All of these new items will add a wealth of variety to the courses that can be created.

It’s pretty tough to name my favorite new thing so far but if I had to choose it might be the new way to lay out fairways and other surfaces. The brushes are still there but now there is an option to create your own outline of the surface you want to lay down and then you just fill in the middle with the brushes. It allows for much faster creation of fairways and I can basically create the shape for the entire fairway in one shot. The other nice part is it will allow for much smoother lines instead of trying to fit together all the brushes, which is time consuming to make them transition nicely.

In case you missed it, here is The Golf Club 2 announcement trailer, along with some of the features coming to the game. The Golf Club 2 will be playable on PC, Xbox One and PlayStation 4. No official release date has been given.

Cancel reply
Continue Reading
You may also like...
Related Topics:golf, the golf club 2