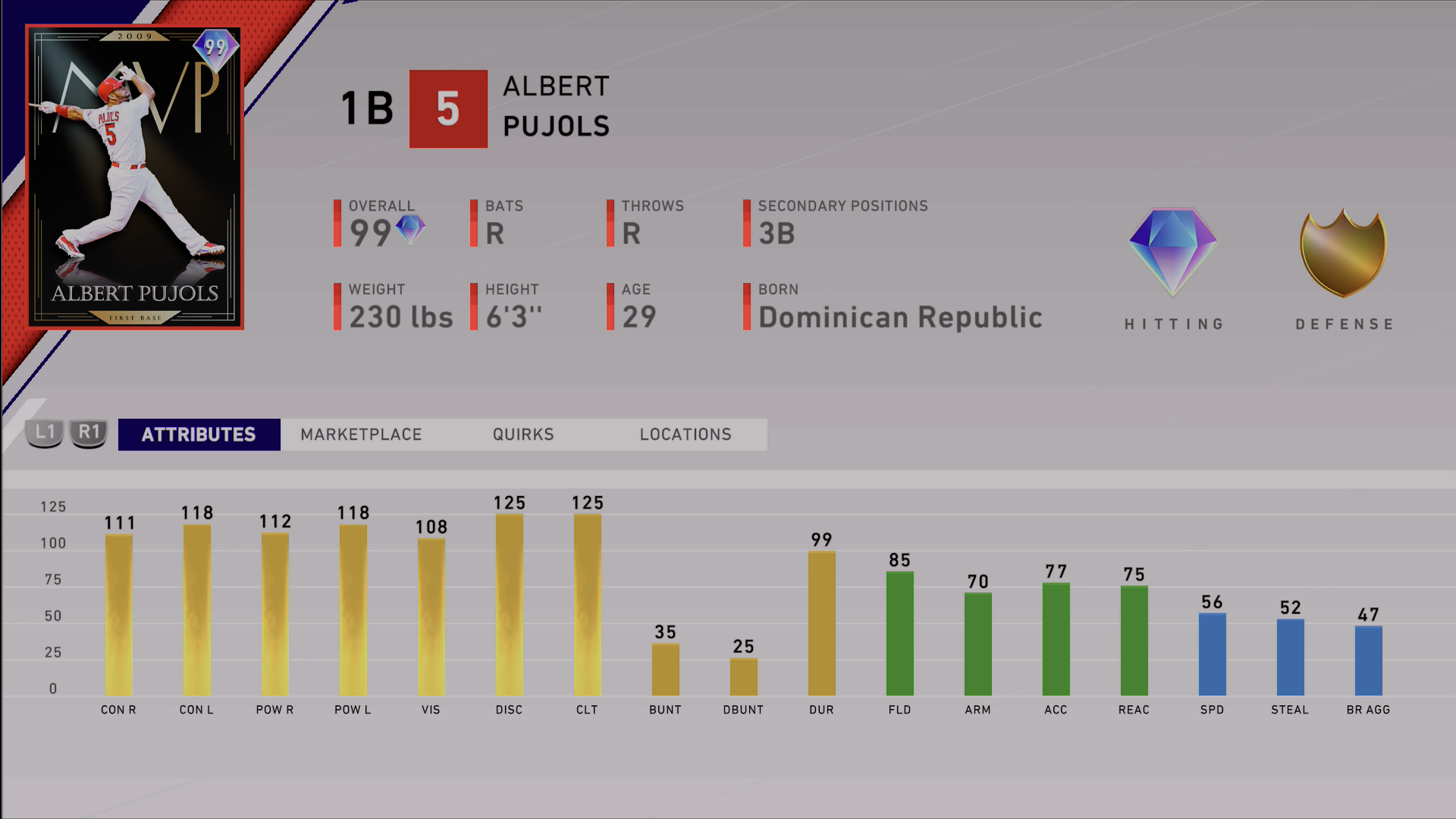 Season 7 of Ranked Seasons wrapped up today, and that means Ranked Seasons 8 begins today as well. There was a slight change this time around with just one new World Series reward being added (and none of the older players from the WS tier being removed), but we did get the usual two new Pennant Race players. The two new players at Pennant Race are Signature Series Hanley Ramirez and Awards Ron Guidry. The one new player at the World Series rank is Awards Albert Pujols. 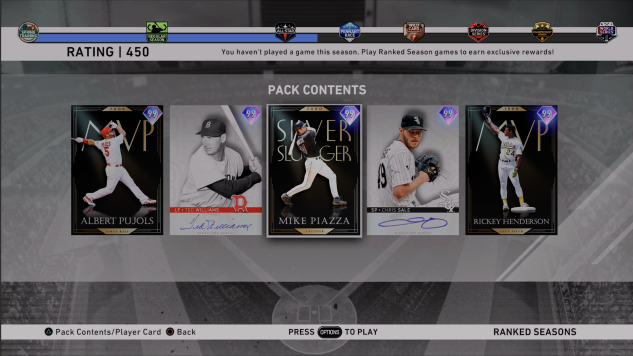 Hanley Ramirez is generally a popular card in Diamond Dynasty, and I don’t think this year did anything to change that as the 2nd Inning Veteran Hanley Ramirez was a usable card for months (his defense wasn’t as bad as expected). The big changes for this Signature Series Hanley Ramirez are major speed boosts and more vision/discipline. His power and contact are generally about the same as the prior Hanley card, but it’s no small thing to get that added speed along with more defensive versatility at 1B and LF. This will be the card almost everyone selects at this level.

Awards Ron Guidry is a 99 overall, but Guidry usually does not get much play in Diamond Dynasty. His four-pitch mix of slider, 4-seam, 2-seam, curve is nothing special, but he is a workhorse with good H/9 and K/9. Still, I have a hard time seeing this card staying in rotations long term.

It feels like we’ve been waiting for this card for weeks so it’s good to finally get it. Awards Albert Pujols — or any 99 overall Pujols — is always a hot commodity. His stance is easy to handle, his swing is smooth and he’s obviously still a popular player. The hitting clearly jumps off the charts here, but why he’s truly interesting is the secondary 3B position. Being able to run out a 3B with gold fielding and hitting stats like Pujols means this card is going to be showing up in a lot of lineups — assuming folks can afford to pay for him.