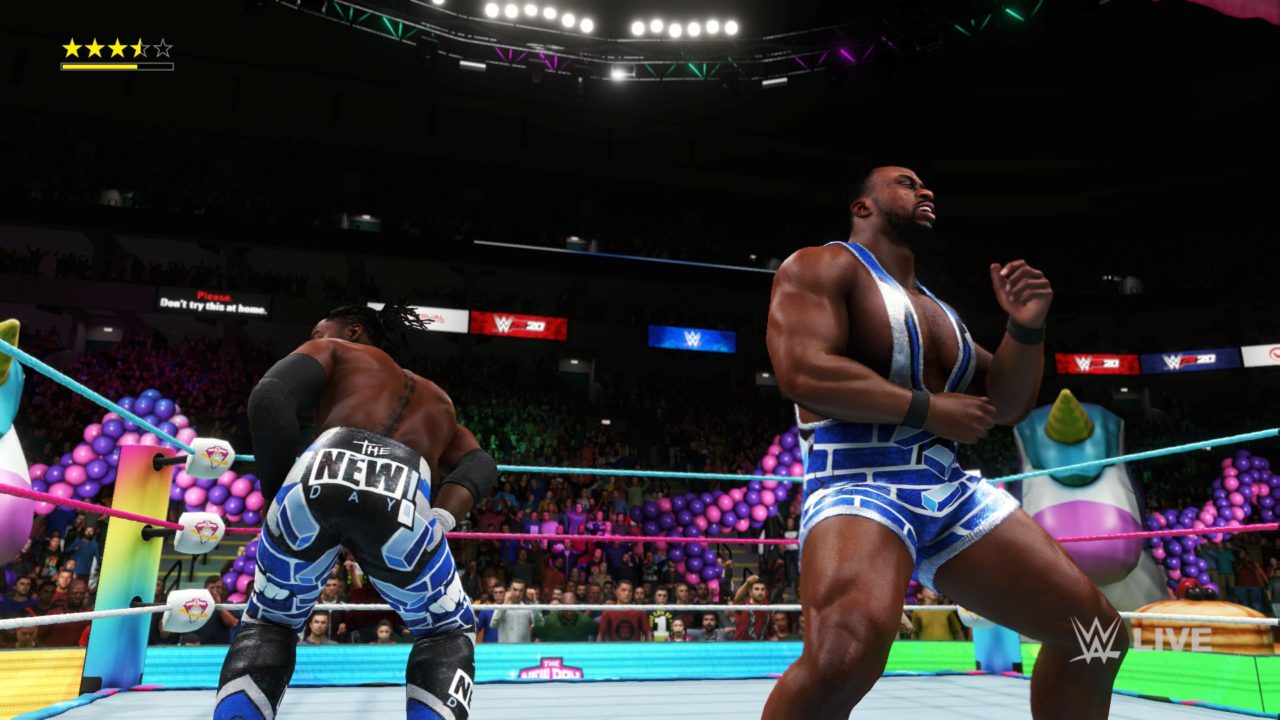 When I wrote the WWE 2K20 review, I recommended sitting it out. However, I did preface that statement by saying you should also wait for some patches to see if Visual Concepts could hash out a lot of the issues.

Well, it seems like the first major patch did a decent job of getting rid of some of the absolutely ridiculous graphical issues, such as the clipping. Hair is somewhat better as well. The ability to switch to your tag-team partner on the fly is working, and collision detection is much better. That being said, the graphical issues are still there in a lot of cases. The character models that looked odd at launch still look bad at this point. But there are a lot of good character models here as well. This is not an excuse because they should all look great by this time in the console generation, but it does highlight the uneven nature of this game overall.

The gameplay in and of itself is solid. It’s really just 2K19. And with the issues 2K20 has had with Yuke’s pulling out, you have to at least give them credit for the gameplay not getting worse. The small changes to gameplay that were made this year include new controls, which I really like and feel like they make the gameplay more intuitive. Moving the reversal to triangle/Y makes a lot of sense, and then using A+X/X+O, for specials and finishers just feels good. Maybe other people prefer the old controls, and that’s fine. But I didn’t like using the triggers for reversals because it felt like the timing was just off. On the face buttons now, it just feels more natural. 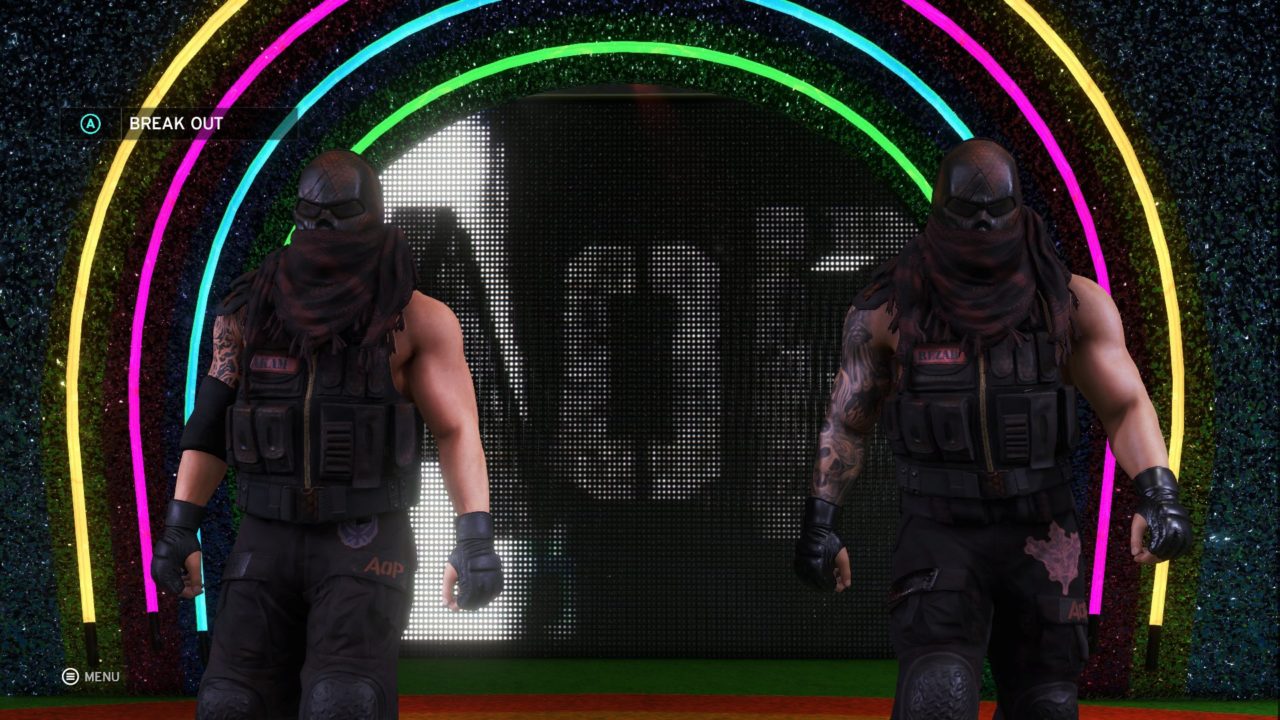 Outside the ring, graphics aside, I feel like the MyPlayer mode is well done. The Women’s Evolution mode is fun to play through.

On top of that, I think one of the best things about WWE games is the replay value. There are so many wrestlers in the game that it would probably take the average player years to have a match between everyone. Another great thing about having such a huge roster is the expansion of NXT playable characters. I am a huge NXT fan, so this is a huge plus for me. I’m sure I’m not alone here either because NXT has been considered by some to be the best thing about WWE.

Unfortunately, DLC still becomes an issue when trying to enjoy the game. However, we are used to this stuff happening, especially with 2K Sports. I went ahead and bought the accelerator so I could unlock everything. For five dollars, it is not a bad price for it.

There are a lot of cool arenas, too. The New Day Arena is crazy silly, but it’s fun to play as The New Day in their own arena. The baseball stadium is also a nice touch, but I do wish it were Chase Field from this past Royal Rumble. 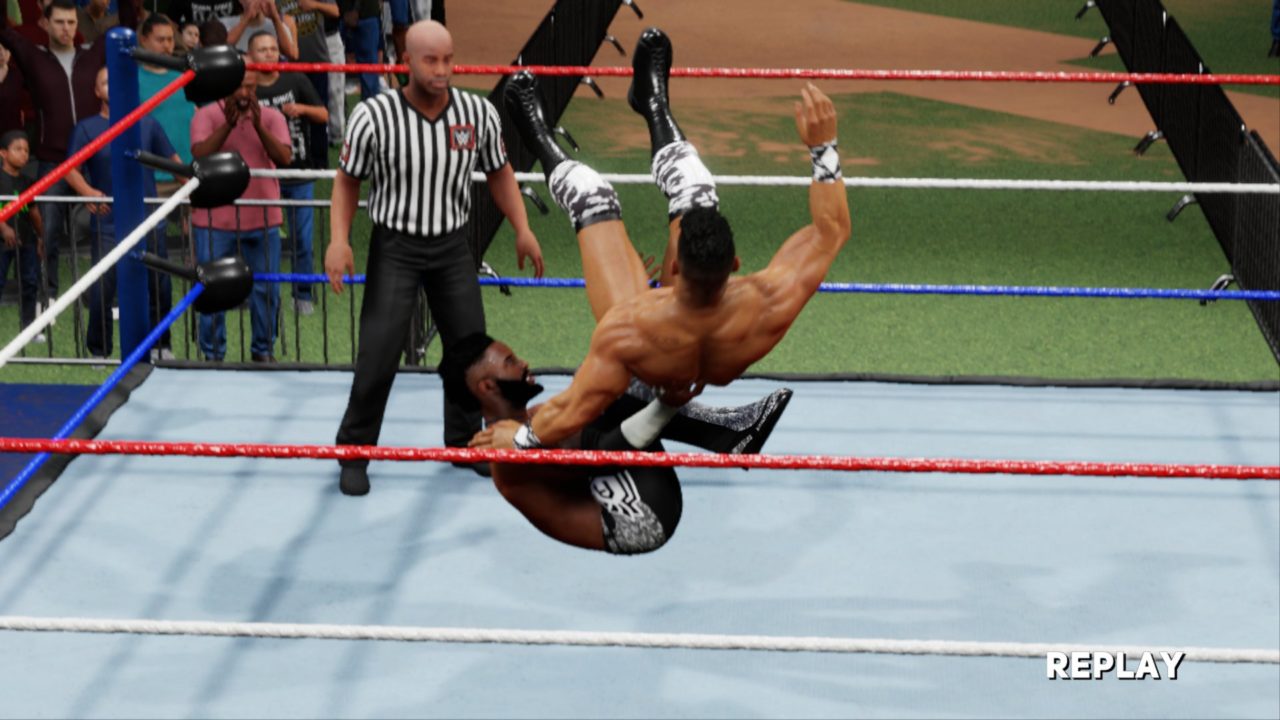 In short, I’ve mostly come to terms with what we’re working with this year. I played WWE 2K19 right up until WWE 2K20 came out, so I like the core of this game more than many, and I get that. There are still plenty of wrestlers to work with, the gameplay improved somewhat in the first big patch, and there should be more big patches coming.

And if you didn’t know, the game will be $27 at Walmart on Black Friday. I would recommend picking it up at that price.