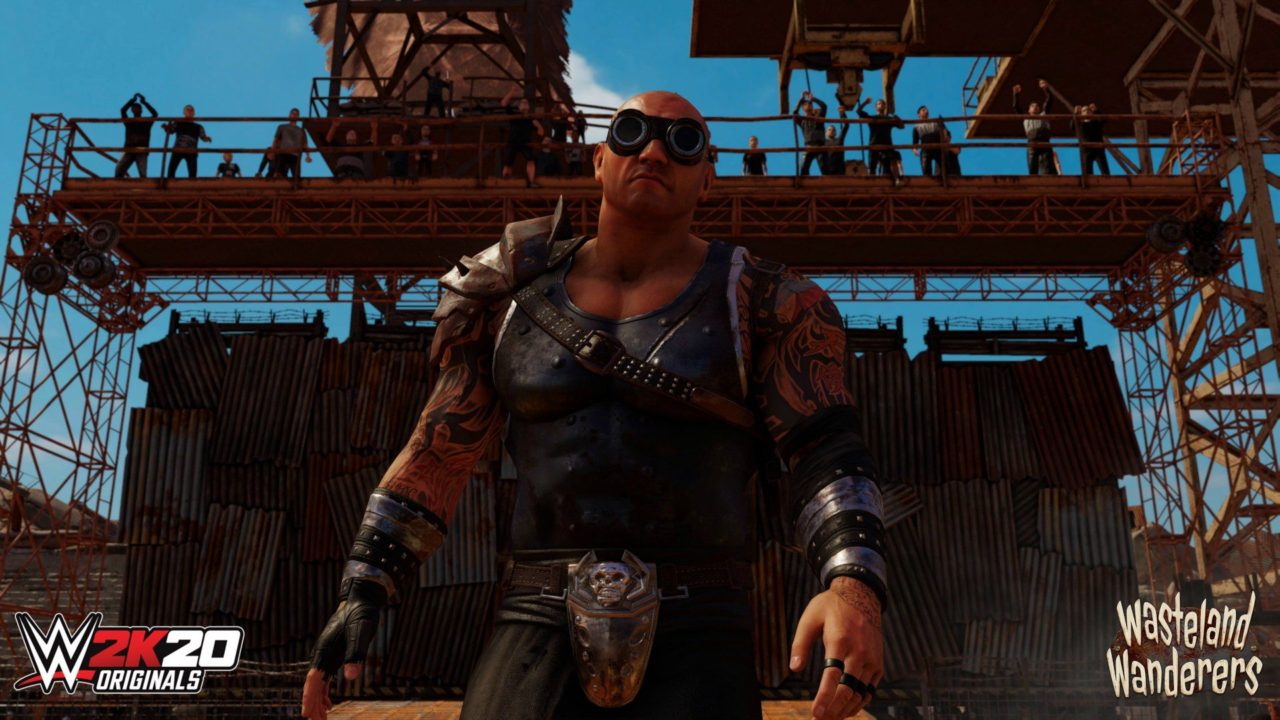 Just like Bump in the Night, Wasteland Wanderers includes a new Showcase, Story Towers, characters, arenas, character parts, weapons, voiceover, and commentary. It’s all themed around a post-apocalyptic, barren wasteland. Wasteland Wanderers is included in every copy of the WWE 2K20 Deluxe and SmackDown! 20th Anniversary Editionsand is available today. It is also available individually, for $14.99.

Seth the Wanderer (a new twist on Seth Rollins) has found himself invited to a tournament in the ruined husk of a once-vibrant city. Once there, he finds himself more prisoner than invited combatant, fighting for more than just the water and rations he was promised.

As he battles his way through a series of difficult matches, Seth will find himself face-to-face with the enigmatic and powerful Overlord (aka Samoa Joe), who seems to have it out for his new “guest.” The enmity between these two will culminate in one final confrontation, the stakes of which couldn’t be higher. 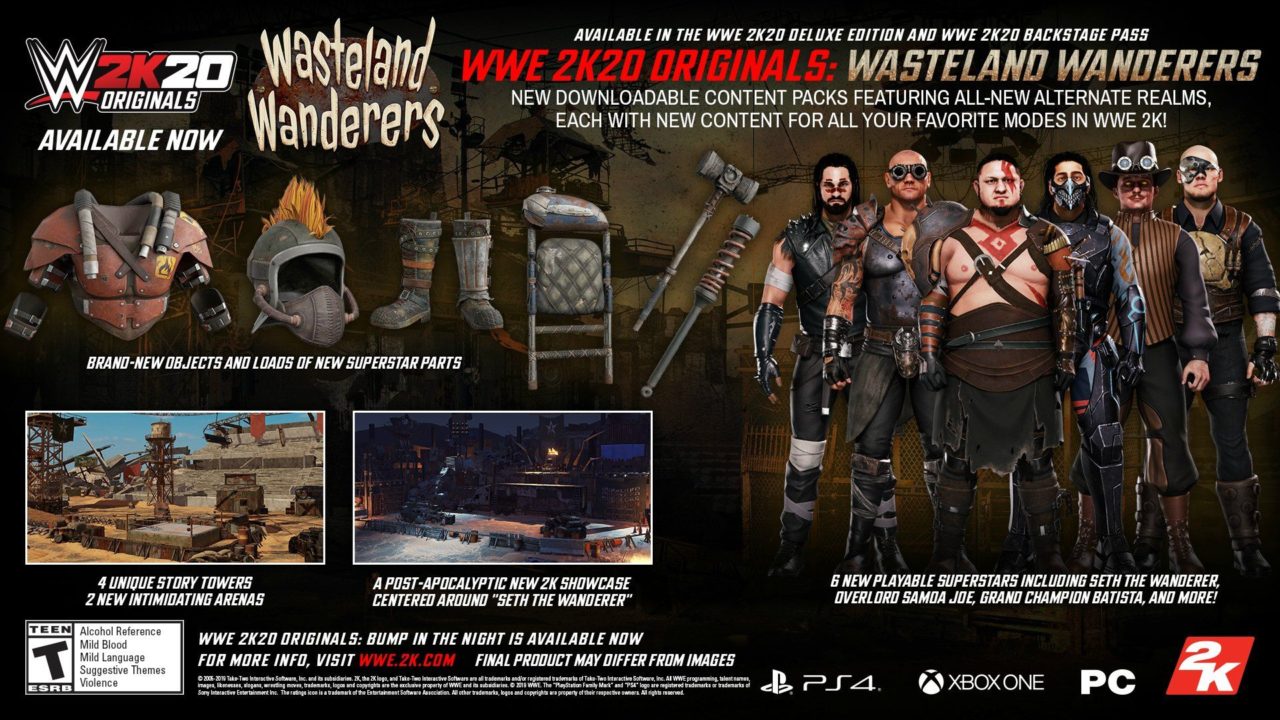