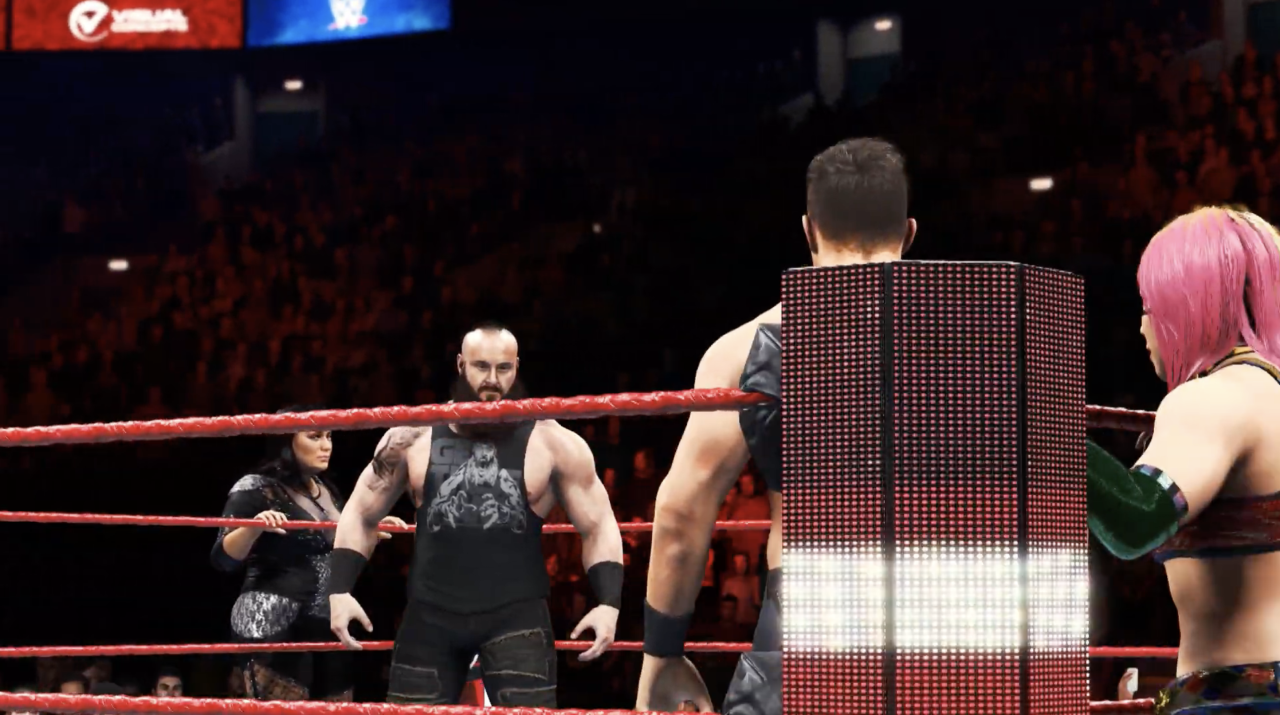 2K has announced current Raw Women’s Champion Becky Lynch and WWE Superstar Roman Reigns as the cover Superstars for WWE 2K20, the forthcoming release in the flagship WWE video game franchise. Lynch and Reigns will serve as ambassadors for WWE 2K20’s worldwide marketing campaign – “Step Inside” – which invites players to enter the world of WWE and face a variety of new and exciting challenges in the virtual ring. WWE 2K20 is currently scheduled for worldwide release on Tuesday, October 22, 2019 for the PlayStation 4 and the Xbox One family of devices, including the Xbox One X and Windows PC. Players who purchase the WWE 2K20 Deluxe Edition or Collector’s Edition will receive in-game bonuses, including playable Superstars Chyna, Hulk Hogan, Mankind and The Rock, in addition to the Standard Edition game.

“My career has been about breaking barriers and doing what nobody else has done before. Being the first female Superstar on the cover of a WWE 2K video game is no exception,” said Becky Lynch.

“As a gamer myself, being on the cover of WWE 2K20 alongside ‘The Man’ Becky Lynch and joining the likes of Dwayne “The Rock” Johnson and John Cena is a huge career and personal milestone for me,” said Roman Reigns.

WWE 2K20, in direct response to fan feedback, will include several franchise firsts alongside streamlined gameplay and a variety of popular modes. The story-driven, objective-based 2K Showcase: The Women’s Evolution will follow the careers of the Four Horsewomen – Raw Women’s Champion Becky Lynch, SmackDown Women’s Champion Bayley, Charlotte Flair and Sasha Banks. Controls will be streamlined to allow new players to jump into the game more easily, while experienced players will still enjoy a challenge.

In addition, WWE 2K20 players will be able to compete as both male and female Superstars in MyCAREER and Mixed Tag matches, while last year’s popular WWE Towers returns with exciting new challenges, including a story-driven Tower centered around the career of Roman Reigns.

The game will also introduce a new service model – WWE 2K20 Originals – set to deliver a wealth of 2K Showcase add-on content for player exploration beyond the game’s initial launch. Each of the WWE 2K20 Originals will present a new playable world and its own unique theme, with more details to be announced in the coming months. WWE 2K20 Originals is downloadable content that may require additional purchase.

“Becky Lynch and Roman Reigns embody passion, determination and perseverance, and they’re both major game changers within the larger WWE landscape,” said Chris Snyder, Vice President of Marketing for 2K. “They are the spirit of WWE 2K20, which is going to introduce changes requested by our fans. They asked for female-driven MyCAREER and 2K Showcase offerings, and we’re giving them just that, as well as streamlined controls and our brand new WWE 2K20 Originals. We can’t wait to reveal more details soon.”

WWE Superstar Xavier Woods has given plenty of WWE 2K20 details in the video below.