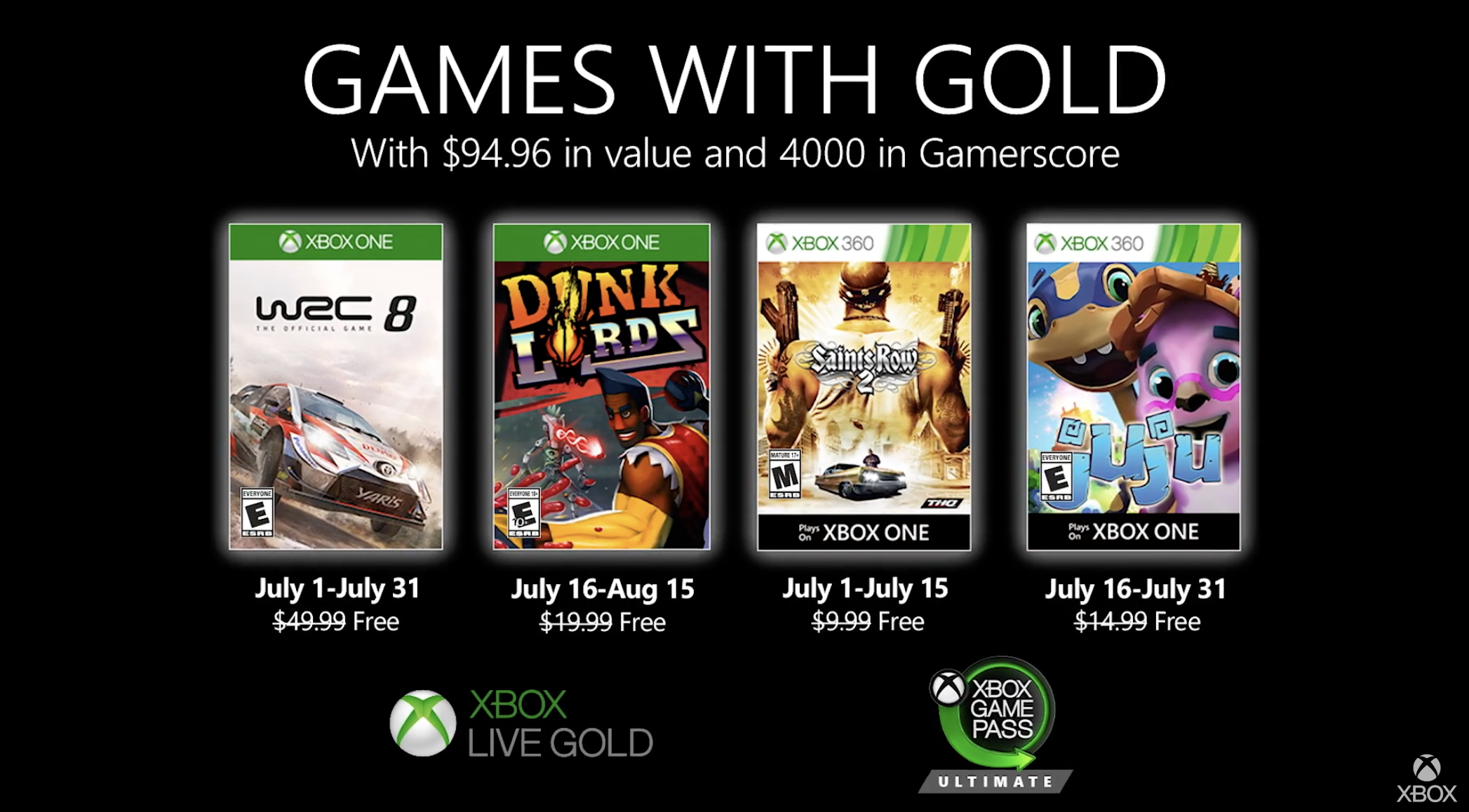 Microsoft has revealed WRC 8 and Dunk Lords will be available for free in July, as part of the Games with Gold program.

The Games with Gold program is included with an Xbox Live Gold or Xbox Game Pass Ultimate subscription. The games are yours for as long as you keep your subscription to the service.

Play the most complete and authentic WRC simulation yet. Featuring a dynamic weather system with true-to-life physics, preparation and management before each stage are vital as you compete in the sun, rain, and snow. With 50 teams, 14 rallies, and over 100 stages, WRC 8 has the deepest content ever available in an off-road racing title.

You can ball… but can you fight? Find out in this fantastic two-on-two basketball beat ‘em up. Choose from 20 of the baddest ballers around, each with special attacks and insane abilities, and battle it out on 15 unique courts. Play powered-up pickup games with four friends or guide your young star, Slice, to the very top in Story Mode. Make sure not to miss out on this new-to-Xbox title!