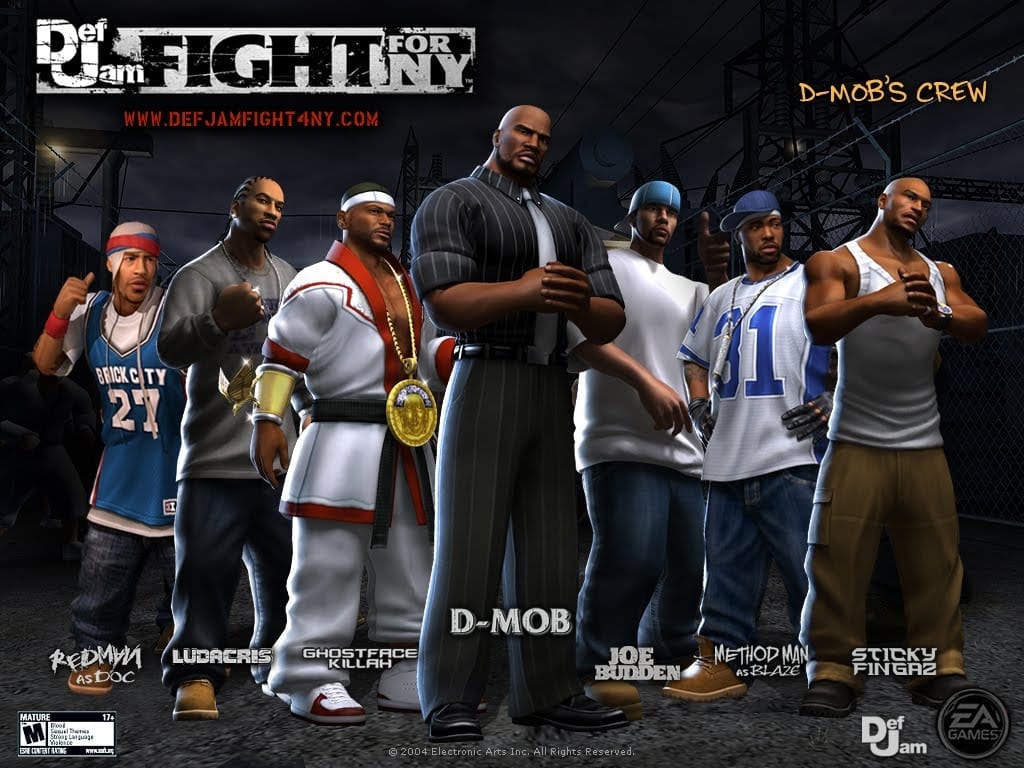 The hip-hop landscape has shifted immensely in every possible facet over the last 13 years. Of all the styles and influences that carried over from the 2000s, one crucial component eludes rap fans to this day: the tie-in wrestling video game.

For those unaware, Def Jam: Fight For New York was a fighting/wrestling game released by EA in 2004. The game’s extensive roster was comprised predominately of rappers with the occasional surprise celebrity appearance. Its four-player combat was built from the ashes of AKI’s classic WWF: No Mercy engine and saw a prequel in the form of Def Jam: Vendetta. 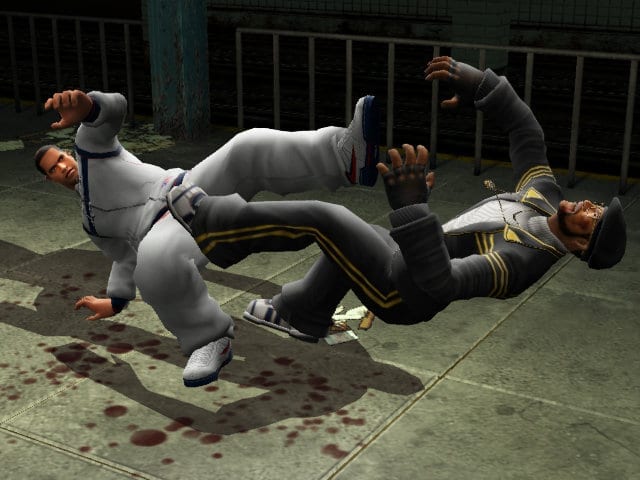 It Was Seriously Great

Fight for New York took the fighting game concept to the next level. It received a gritty face lift, brought in an exceptionally robust character creation mode, and elevated the single-player story mode to new heights. Players could buy custom jewelry from Jacob the Jeweler, unlock tons of stars, and battle it out endlessly with a variety of multiplayer modes. In short, it was fantastic. A semi-sequel, Def Jam: Icon was released in 2007 for the next console generation, but it stripped away the wrestling aspects and went for more of a fighting/boxing approach that centered around synchronizing combat with the background music.

Snoop Dogg, Method Man and Fat Joe were just a few of the rap titans that lent their voices and likenesses to the game as fully fleshed out fighters with extensive move sets. Every character had a different finishing move, and every so often the game would mix things up with a total surprise, such as Flavor Flav as the only fighter with Drunken Master fighting style, Danny Trejo playing a key villain, and hardcore punk icon Henry Rollins as the unlockable in-game trainer.

It was thrilling for pop culture fans to see who would pop in next. Combat was brutal and over the top. Bystanders would smash bottles over combatants’ heads, fighters could slam each other with car doors, and one stage even allowed for a character to be thrown onto train tracks Mortal Kombat style.

And that’s independent of the knockout haymakers, crushing wrestling slams and wide range of weapons that each arena boasted. These added layers of excitement further enhanced the already simple and fluid combat. 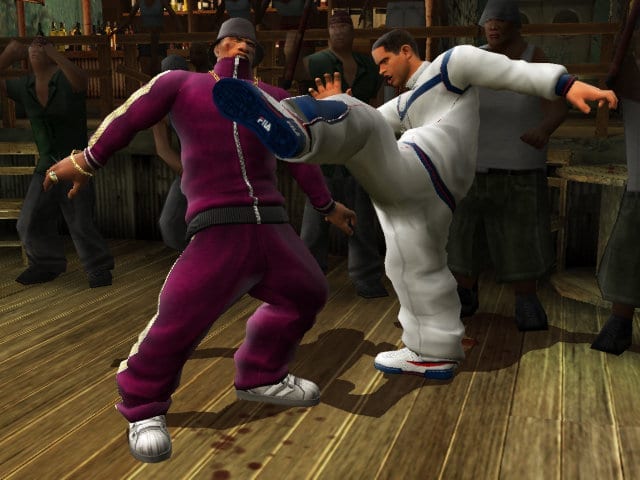 The Roster Was Seriously Impressive

While this would still make for a formidable group, pushing a wrestling/rap crossover game would likely need an even larger roster of stars, especially when the previous iteration’s roster was gigantic. Fight for New York mixed some of its rap legends, such as Ice-T, with some of Def Jam’s most established and rising stars.

What about the Beastie Boys as unlockable legends who did not make an appearance in Fight for New York? Or if Henry Rollins could make the cut, why not once-upon-a-time labelmates Slayer? Ol’ Dirty Bastard was one of very few Wu-Tang Clan members not included in Fight for New York. Would he be the wildly eccentric and exceptionally difficult boss? 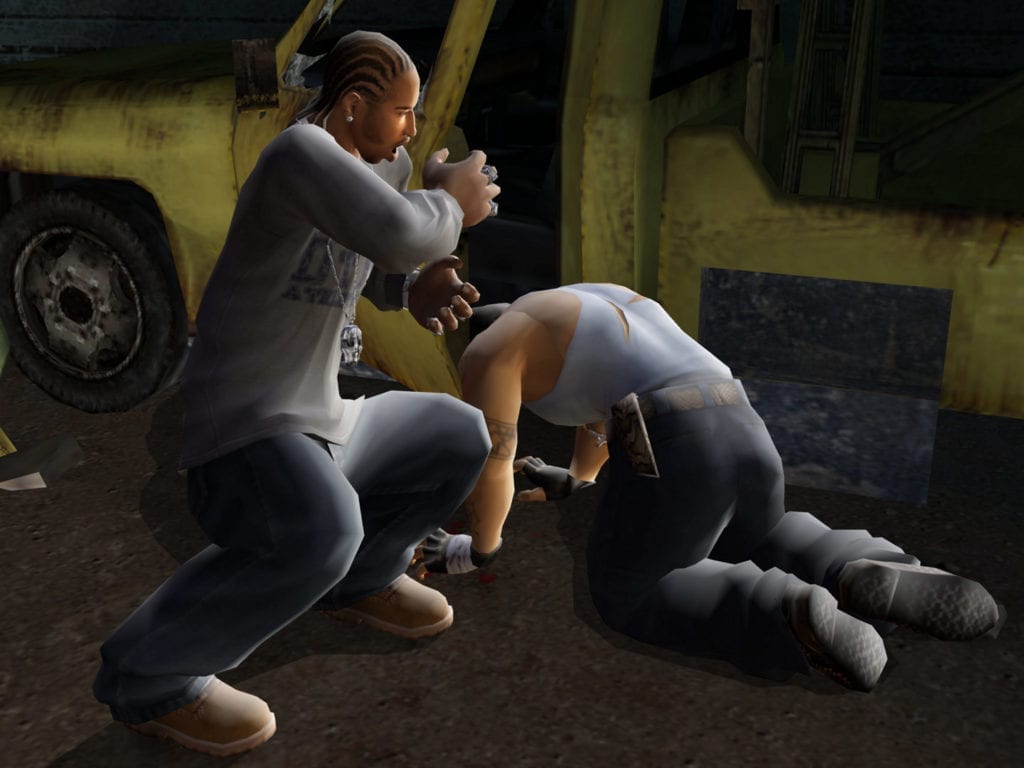 The Problem Will be Licensing

Unfortunately, an updated game featuring a slew of record labels and independent artists would be just about impossible. Licensing is likely one of the series’ most prohibitive hurdles for a reboot, and many notable top acts would not be able to appear in the game.

For now, we can only dream as to how Migos, Drake, Travis Scott, or even icons like Outkast would be represented in a similar title. Fight for New York was great because it worked wondrously as a standalone game. It never felt like a cheap cash-in or a hollow game.

The brawling was thrilling, the creation suite was robust and the unlockables felt endless. It also was tangible proof that some of gaming’s most ludicrous ideas can work very well.

EA had a beautiful vision that fused wrestling, hip-hop, strong violence and a soap opera all into an experimental masterpiece. It sure would be nice to reclaim that same feeling with an updated game (or, at the very least, an HD port to the Nintendo Switch).

Putting 2017 into Perspective As We Move into the Heart of 2018
Many People Don't Play Multiple Seasons in Games Like The Show or NHL, Here's How to Change That