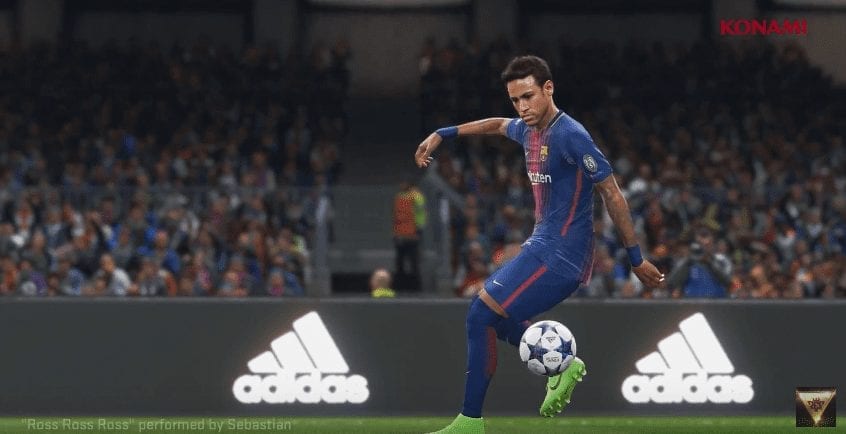 With E3 Week and EA Play both now largely behind us, we asked the staff writers here at Operation Sports to talk about the week and what they’re most excited about coming out of the shows.

Be sure to add your own responses in the comments!

For me, it’s Madden. I have enjoyed Madden the last few years, but have always struggled to get deep into the franchise since injuries just weren’t realistic. It killed the immersion for me, and I’m genuinely pumped and excited for the release this year to finally get into CFM like I’ve wanted to the past few years.

I’m already planning to start up a CFM with a couple of buddies, and all of the other changes sound promising as well. Is it perfect, no, but I get the impression the Madden team has franchise mode as a focus moving forward — they won’t be forgetting us, and I’m excited to see what the future holds for CFM.

Madden looks much improved with FINALLY having off-ball injuries, coverage assignments and coaching adjustments. Next, I’d love to see coordinators, scrambling QBs when under pressure, better roster management (especially preseason), and AI coaching where an AI team would pull a starting left tackle if he’s having a horrid game giving up three sacks, for example.

I’m not even the biggest basketball fan, but I have to say I was pretty impressed by what I saw of NBA Live. With a lot riding on whether the buzz would be good or bad coming out of EA Play, it was encouraging to see them showcase what looks to be a much improved game.

Is it ready to compete with 2K? That remains to be seen, but it appears they’ve at least narrowed the gap between the two franchises. There are still clearly some aspects of the game that could use some refining, but the clips I saw made it look as if it flows considerably better and, best of all, the EA team sound as if they are being quite receptive when it comes to feedback from the community.

I’m going to have to say NBA Live 18. I can’t say I thought the game would show out at EA Play. EA set a precedent of what they’d be bringing before E3 with their invite-only event that included a lot of the popular YouTube and social media video game personalities. Almost all of them had nothing but good things to say about what they saw. Fast forward to EA Play and the rest of the world got to be on the same page, and the reactions were well received. The One looks to take a page out out of MyCareer, and some early opinions say that the implementation of player traits in The One are well done, so much so that 2K could take some pointers. The graphics look absolutely beautiful.

As mentioned before, I don’t think EA will be able to challenge 2K this year, they’re a couple years behind in terms of completeness to match that of 2K’s caliber. That being said, based on what we saw at EA Play there is a lot to look forward to coming from NBA Live 18. IF EA can deliver a solid comeback game with Live 18, it should cause 2K to pay close attention to their newly revived competition.

“That being said, based on what we saw at EA Play there is a lot to look forward to coming from NBA Live 18.”

I’d definitely have to say NBA Live 18. I’d held out hopes that the crew would be able to at least make one last statement on a basketball front just to ensure 2K doesn’t get too comfortable, which I’d argue they have the last few years. EA always kept me listening in the basketball purity aspect so even if it doesn’t blow away the field, producing a playable product that allows gamers to feel, at minimum, content with their purchase will be a step in the right direction.

With that being said, I have to say expectations had been drastically lowered, but what NBA Live has given us so far is worth paying attention to. It’s never ideal to go down without a fight in the sports world so hopefully all the private meetings and planning continues to spark a conversation. Being a proponent of story modes, I’d be happy to see dynamic gameplay that allows for dope storylines that create individual experiences. All in all, keep fighting the good fight EA. You’ve got folks talking. I’d have to say, and this will come as an absolute shock to no one, but PES for me. The feedback I’ve received from numerous colleagues who’ve had their hands on it have led me to believe that Konami has done a great job at listening to, and applying community feedback. From a slower match pace to improved visuals (crowd, player models, etc.), the consensus seems to be that the game is on the right path. I’m expecting even more positive vibes stemming from Gamescom, but as of right now I can’t wait to get my hands on the beta come July.

As a guy who’s played Madden for the majority of his life, it should be no surprise I’m most excited for Madden 18. This is EA’s first year using the infamous Frostbite engine, and I’m interested to see how the game looks and plays when it’s released in August. Unfortunately, this also means things will be left out from previous versions, as they were forced to start from the ground up in this year’s game. Offensive line/defensive line interactions should be improved, and we’ve already heard great things about the DB/WR interactions. Penalties appear to be a legit thing this year, and more frequent player injuries will make any fan happy. Finally, being able to assign your best DB to your opponent’s elite WR is something Madden has been missing for the last several years. I’m thankful EA brought this one back.

Story mode has potential, and with Dan Marino playing a significant role I’m intrigued to see the end result. With that said, I’m not sure how excited I am to play what appears to be a glorified cutscene. Sure, EA has invested a ton of time and money on “Longshot” but as someone not very interested in that sort of mode, I selfishly just wish that time was spent elsewhere. MUT Squads should be fun, and I’m looking forward to teaming up with friends to take on other competitive gamers. I’m interested to see how the game plays, and how successful it will be with six users playing at once. We will know more in the weeks to come, but I’m excited for the way EA is headed in Madden 18 and beyond.

Watch the Xbox E3 2017 Press Briefing: Xbox One X Revealed
When It Comes to Criticizing Sports Games, We Can Do Better as a Community