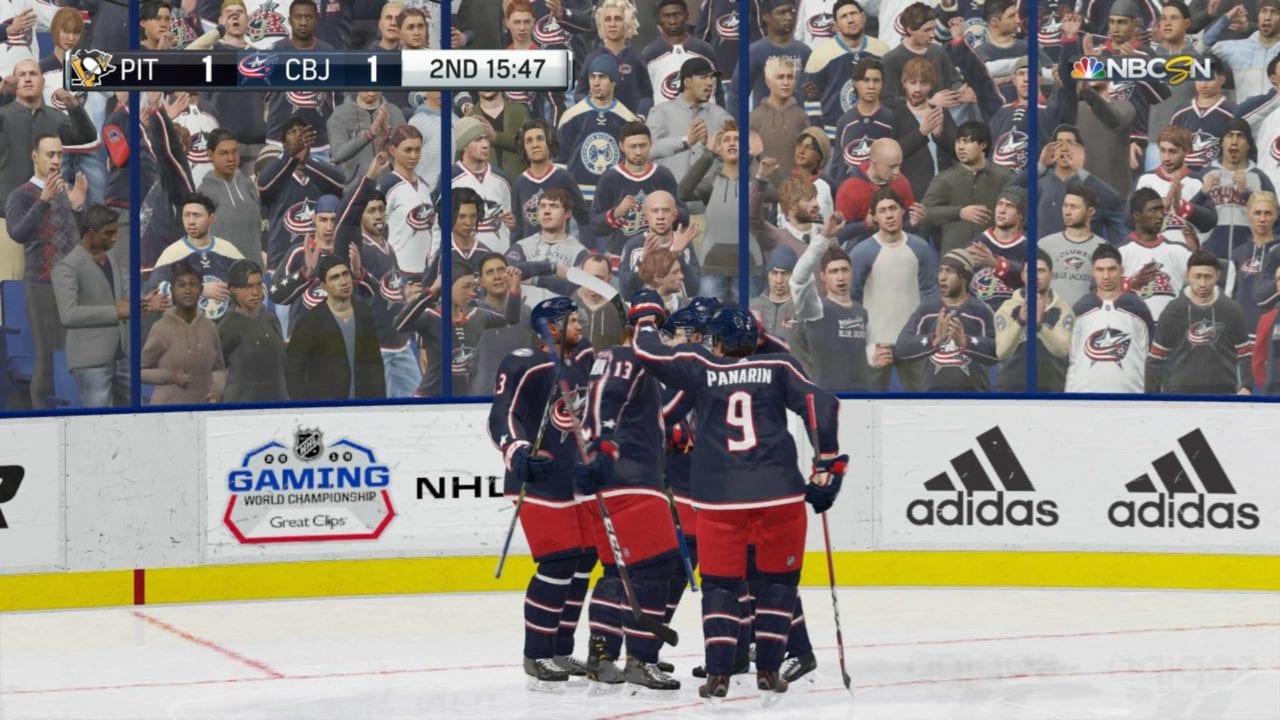 Over the last few years the NHL has evolved into a different animal. No longer is the game only about size and toughness, but rather it now involves speed, speed and more speed. Obviously, the skill aspect is still majorly important but the skill is now shown off at top-end speed. Simply put, the game is so much faster than it was just a few years ago. And that is the problem with EA Sports’ annual hockey title. Perhaps not intentionally, but it feels like EA has ignored addressing these changes to the game. Sadly, we also have not received the AI changes needed in order to replicate the real life on ice product either. To me, it feels like EA’s NHL has kind of been the same game since maybe NHL 14?

Now, EA has included some smaller nice touches you see during NHL games that are somewhat AI/gameplay related. For example, you’ll notice players will be shown chewing on their mouth guards and five-man goal celebrations (finally!). But I think we can all agree that AI/gameplay is still the biggest gripe had by many of the game’s fans and naysayers. This article will focus on AI/gameplay issues that are still missing or unchanged from previous years.

Okay, so this first one is obvious and maybe impossible? But, in short, mimic the NHL style. No more arcade-like, up and down, back and forth gameplay we’re unfortunately accustomed to seeing each game. Possibly even worse is when the computer just continues to circle in the neutral zone waiting to gain entry into your defensive zone. When playing NHL 19, there is zero creativity available at your disposal. Every odd man rush is identical. Every zone entry is identical. Every game, every goal all seem to be identical.

This one seems like the biggest thing that could help to change people’s opinions of the game and give it a fresh new feel. Now, in fairness, it might be the hardest to implement. Overalls and ratings are great and all but how important are they if every player you control feels the same? Some players are faster than others — this is obvious — but turn off the player indicator setting and then try to figure out if the player you’re controlling is Sidney Crosby or Ryan Reaves. I feel no less dangerous moving into prime scoring position with Brian Boyle, a fourth liner, than I do skating through the slot with Alex Ovechkin. Also, can I please not be forced to see Claude Giroux in front of the net on the power play and a player like Patric Hornqvist roaming the half boards — on his opposite side nonetheless. 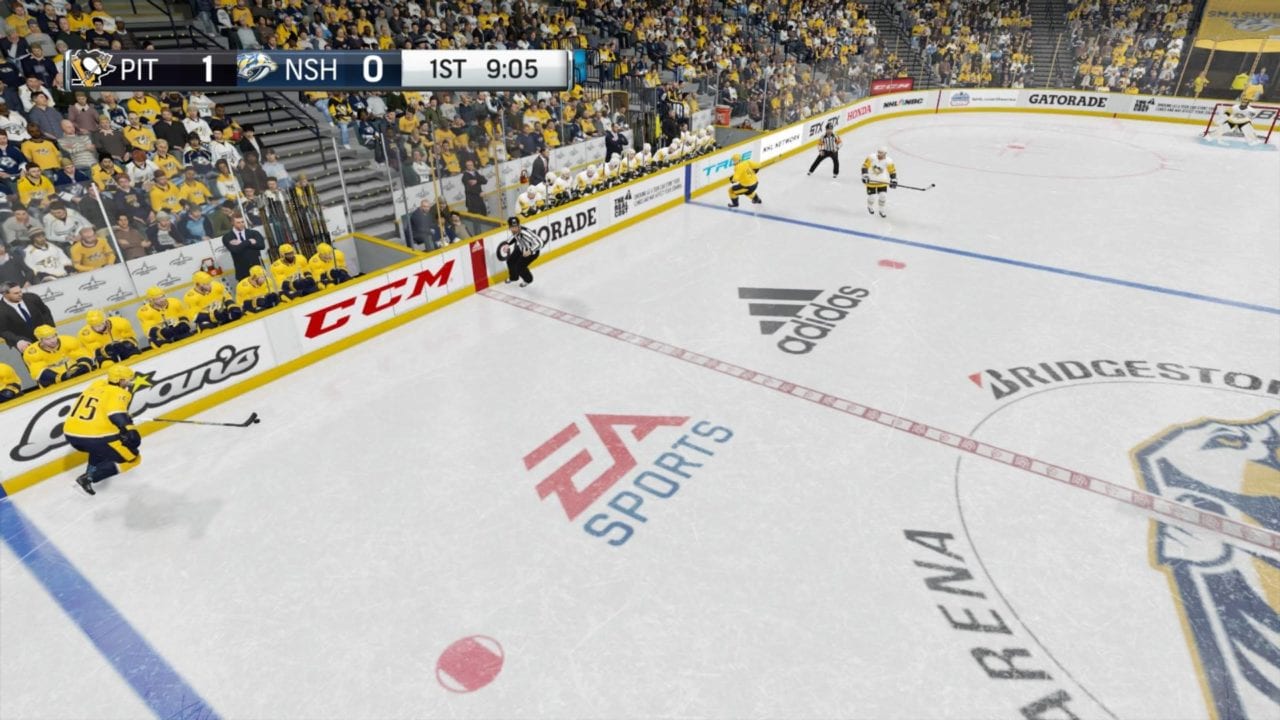 Many issues still exist within teammate AI, but the number one issue (for at least three years) has been trying to get your teammate to stay onside. How could this be an issue? How could this still be an issue. I can’t even begin to count how many times I have intercepted a pass in the defensive zone and started an odd-man rush counter attack only to have my unaware CPU teammate go offsides. Another related issue is that your defenseman too often is unaware of his positioning inside the blue line in the offensive zone. While trying to establish offensive zone pressure, a D to D pass, or pass from low to high will see your defenseman turn or pivot the wrong way with the puck leaving the zone. I whine about this issue at least three or four times every game it seems.

Goalie AI is also a position that seemingly has gotten no love or attention over the past few years. You still see horrible goals trickling in and poor angles being played. But it is a tough position to play especially during shootouts when the CPU just runs right into your goalie. Don’t make a move and don’t take a shot, just slam right into the goalie.\

It’s also worth mentioning the Frostbite engine remains missing in action for EA’s NHL series. Frostbite is now used by Madden and FIFA, and it seems like if the NHL series wants to get improvements from other games within the company, the leap to Frostbite will need to happen. As of now, producers of the series say they are still evaluating the Frostbite engine. They’re monitoring FIFA and Madden, and learning about the successes and challenges they’ve had to better prepare themselves for implementing the engine down the line

What are your biggest gameplay gripes?