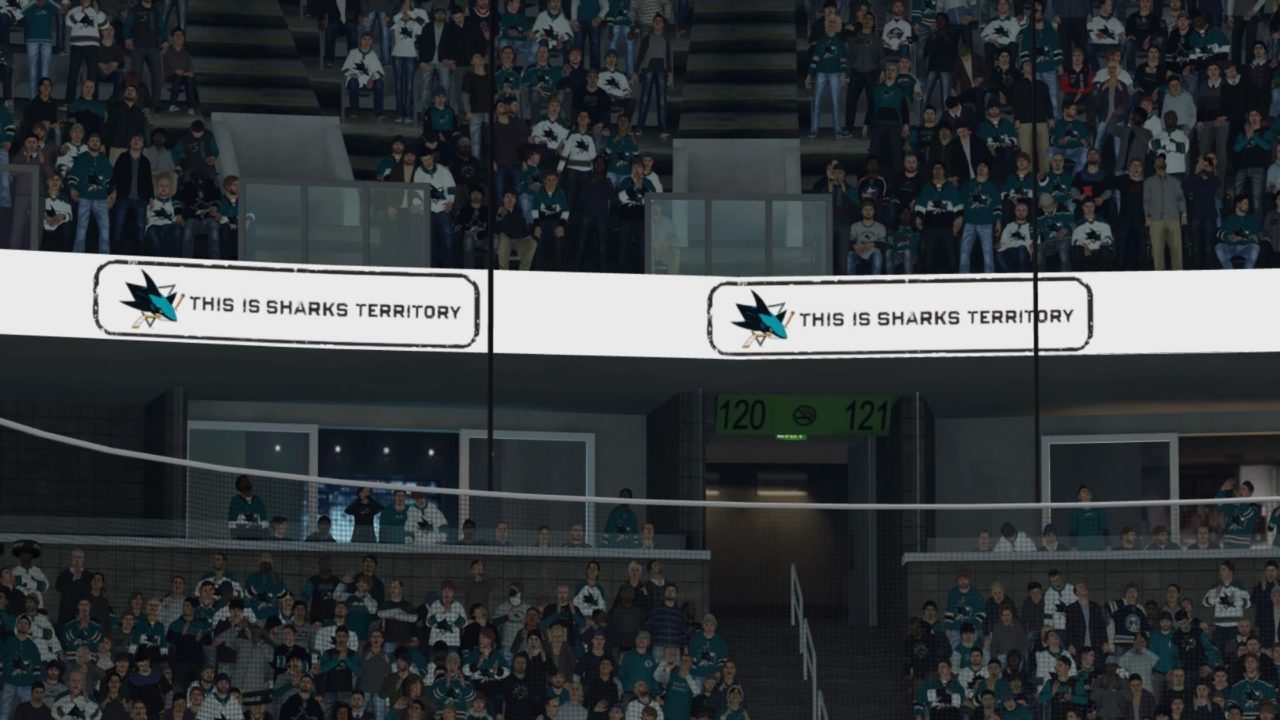 The NHL free agency period started on July 1 and some teams wasted no time throwing big money around to help attract their targeted player(s). On day one alone there were a total of 125 players signed to contracts worth a total of more than $700 million. Former San Jose Sharks captain and current Dallas Star, Joe Pavelski, perhaps said it best when asked about his decision to move on from the only team he’s ever played for during his 13-year NHL career: “The contract’s length and value were the key factors.” Here’s taking a look at some of this year’s biggest winners and losers from the first week. 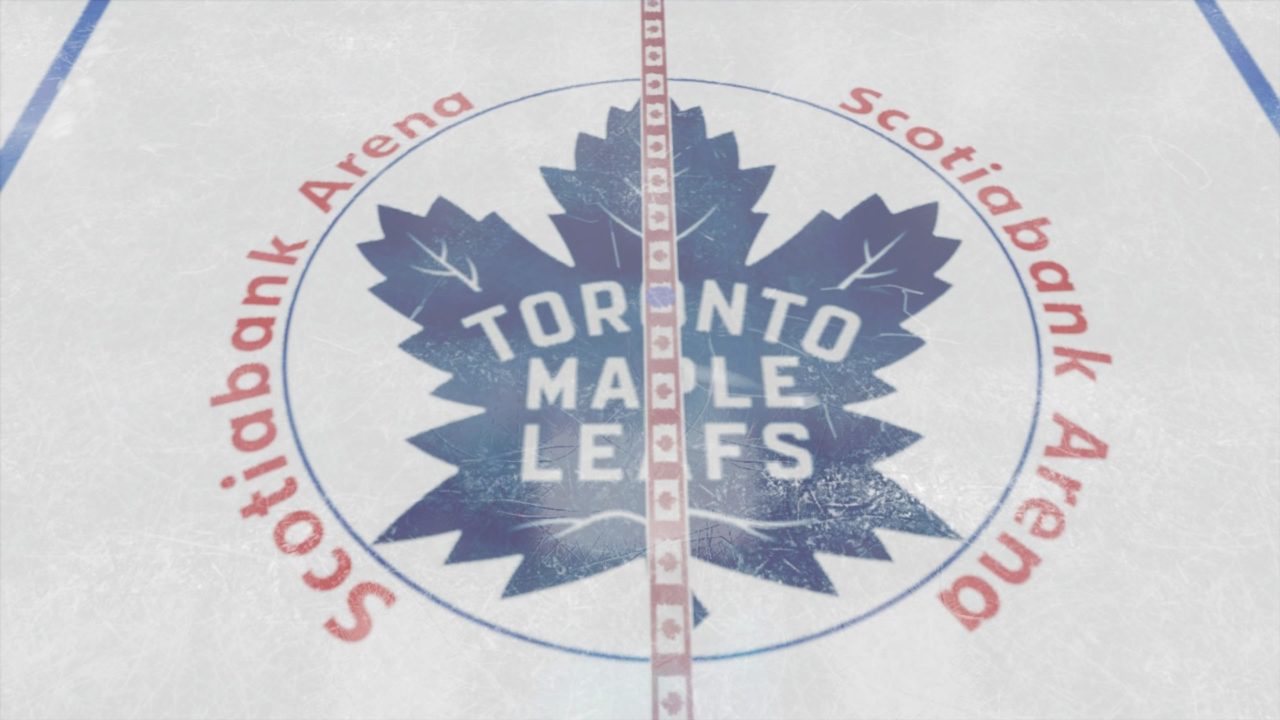 The Toronto Maple Leafs didn’t necessarily spend big money to attract big-name free agents but they did make a few big trades to go along with some smaller signings. The Maple Leafs actually made their first move at the NHL draft a few weeks ago trading 39-year-old veteran forward Patrick Marleau and his contract at $6.25 million. The price might be considered steep to some (a first- and seventh-round draft pick), but the Maple Leafs facing their own tenuous cap situation needed to free up money to sign their own key restricted free agents. The Leafs then filled Marleau’s vacant veteran leadership role by signing 36-year-old center Jason Spezza to a league minimum $700,000 contract. Spezza should get his shot playing with top-end talent — even if only on the power play — and at that price could be one of the best signings of the offseason.

Then came two trades. One was big, and the other was fairly big. The big trade was the acquisition of Colorado defenseman Tyson Barrie and 24-year-old forward Alex Kerfoot. Going to Colorado was agitator and two-way forward Nazem Kadri and defenseman Calle Rosen. For the last few years, Toronto has been trying to improve its blue line, and by acquiring Barrie the Leafs got the power-play quarterback they’ve been searching for. While Barrie isn’t considered a shutdown defenseman, he is an elite puck mover who should help with transitions out of the zone. In other words, the best defense is a good offense? 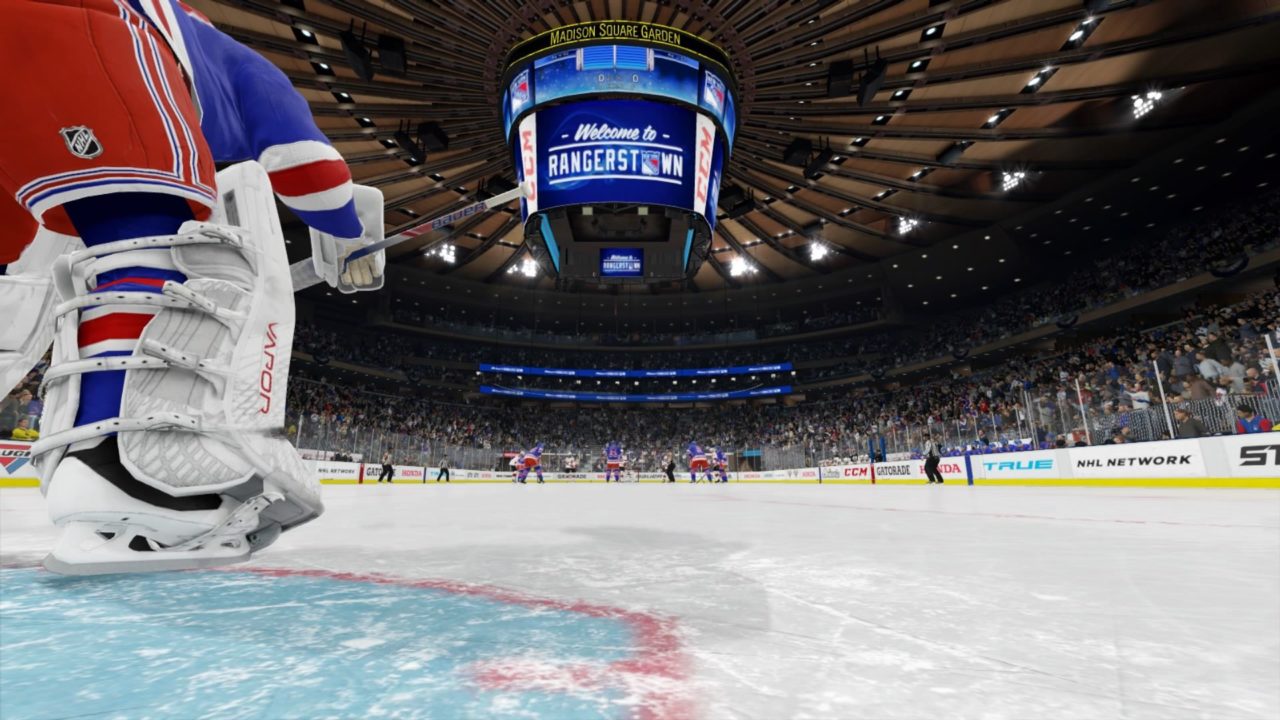 The Big Apple lands the big fish. The Rangers landed the top free agent in Russian sniper Artemi Panarin, signing him to a seven-year contract totaling just north of $81 million. Panarin’s cap hit is $11.642 million a season and ranks second behind Connor McDavid’s $12.5 million. The contract is the most lucrative deal for a winger in NHL history. The Rangers also made a few trades. First, they acquired defenseman Jacob Trouba from the Winnipeg Jets and then locked him up to a new contract extension. Then they sent away Jimmy Vesey to the Buffalo Sabres for a third-round pick.

Almost overshadowed by the Panarin signing was the drafting of second-overall pick, 18-year-old Finish winger Kaapo Kakko. He will immediately jump into the Rangers’ lineup this year. Kakko is a big (6-foot-2, 200 pounds) quick-thinking winger who never seems to be in a rush. He thinks the game exceptionally well and always seems a step ahead of his competition. His size makes him nearly impossible to push off the puck, and at just 18 it’s scary to think how much stronger he will get. Kakko proved himself to be an elite talent on every stage possible in 2018-2019, winning gold in both the World Juniors and the World Championships. The rebuild in New York is over. 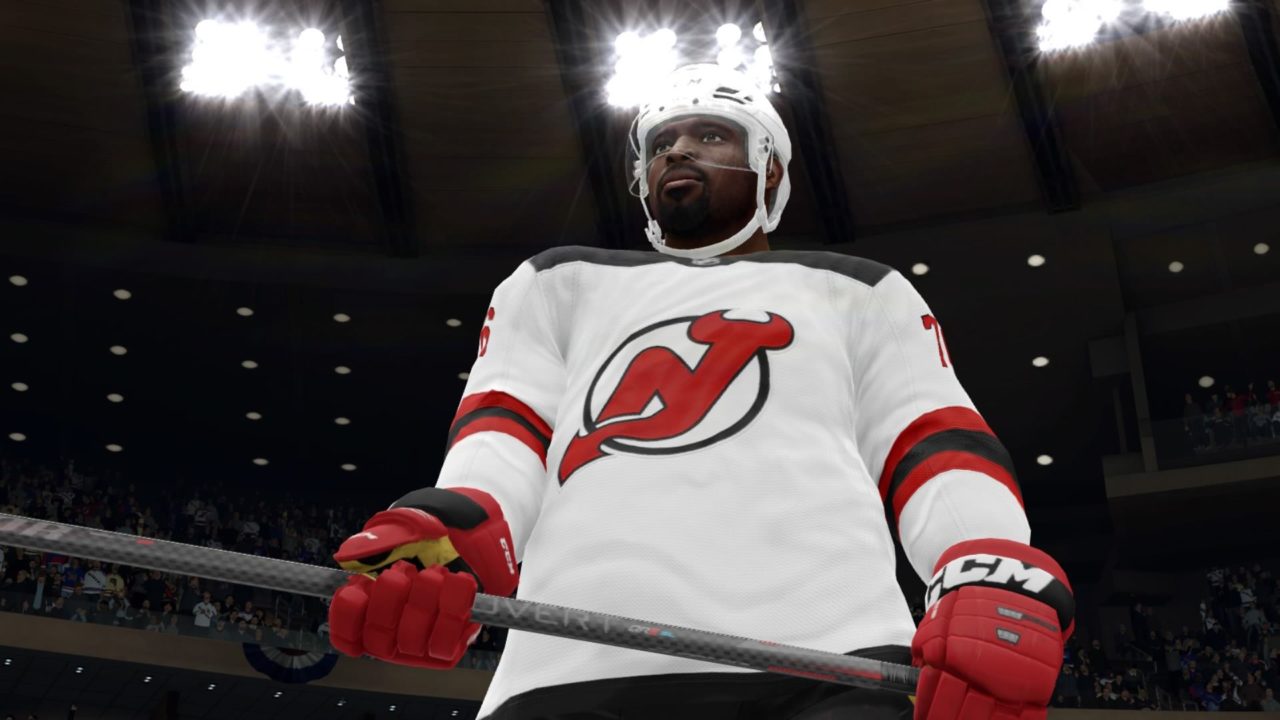 The Devils were actually very quiet during free agency. Their only move come way of signing power forward Wayne Simmonds to a one-year, $5 million contract. Some people will be quick to point out that the $5 million is too much for an aging power forward whose goal production has declined in each of the last four seasons, but with the contract being for only one season and the Devils having plenty of cap room, there is little risk. Plus, Simmonds will bring a lot of intangibles to a young Devils team.

However, the New Jersey Devils make this list because they got a lucky bounce of a ping-pong ball, allowing them to draft franchise center Jack Hughes first overall in this year’s draft and because they traded for Mr. Personality, star defenseman P.K. Subban from Nashville for a pair of fringe NHL players. Peak P.K. Subban may be gone, but still at only 30 years of age, it’s reasonable to believe he still has plenty left in the tank.

Also, the Devils have some real good young kids who could make the jump to the NHL this upcoming season further adding to their improvement — Ty Smith, Jesper Boqvist, Michael McLeod to name a few. The Devils seem to have many of the pieces in place to return to the playoffs this upcoming season while also setting themselves up for years of success with their young core. The big question mark will be in net. Can Cory Schneider return to his dominant form? If not, can 22-year-old Mackenzie Blackwood carry the load in net? 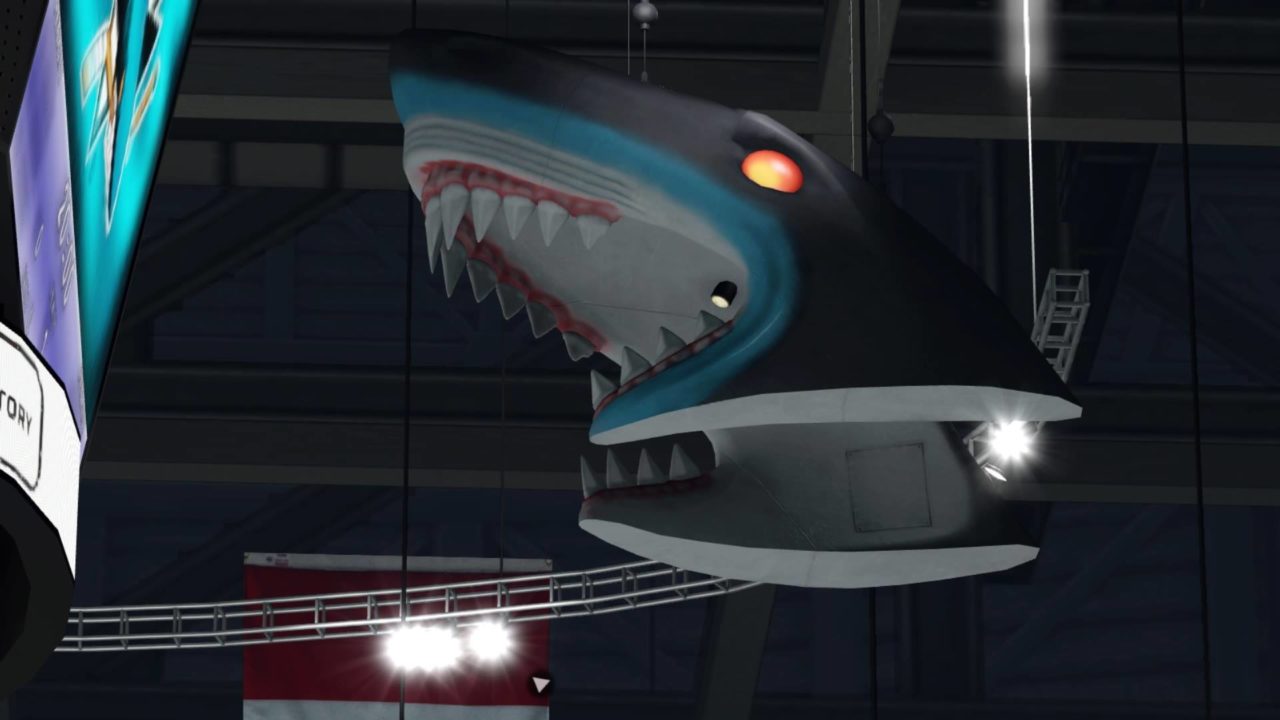 The tank is getting empty. On July 1, the Sharks lost underrated depth forward Joonas Donskoi to Colorado, proven scorer Gustav Nyquist to Columbus and depth defenseman Joakim Ryan to the Kings. However, the biggest loss is undoubtedly the departure of the Sharks’ emotional leader and team captain Joe Pavelski. Even at 34, Pavelski was still getting it done in a big way for the Sharks. His 38 goals this past season led the Sharks and were the most among the entire free-agent class. “Little Joe” leaves San Jose second all time in goals (355), third in assists (406) and points (761), and fourth in regular season games played (963). 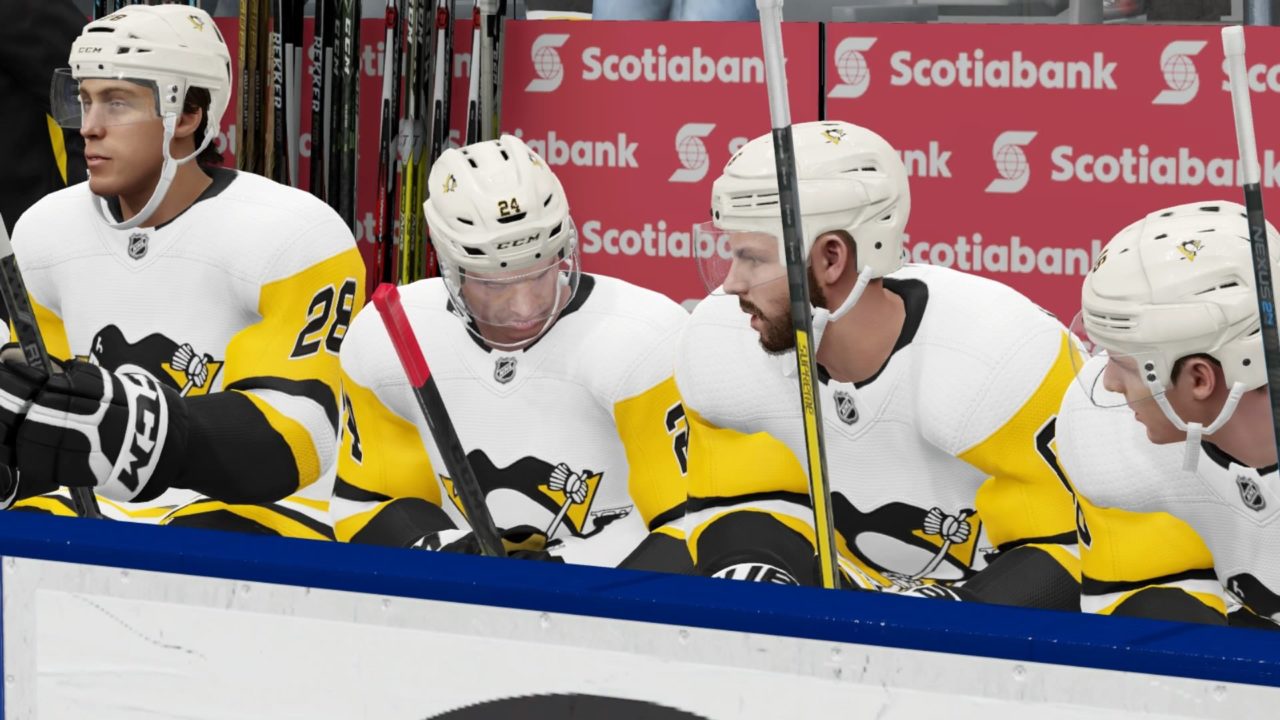 The Pittsburgh Penguins gave out arguably (not by many) the worst contract on day one. The Penguins signed depth checking forward Brandon Tanev to a six-year deal worth a cap hit of $3.5 million per season. Tanev, 27, more than tripled his previous salary. His career high in goals is only 14 (last year), has never recorded 30 points and has a career average of less then 14 minutes per game. Now, with all that being said, Brandon Tanev is a good serviceable NHL player. He finished third in the league last year with 278 hits and excelled on the penalty kill for the Jets. So perhaps you could sell me on the overpay per season but the length is crazy!

The Penguins also traded away superstar sniper Phil Kessel to the Arizona Coyotes for the underwhelming Alex Galchenyuk. Kessel, still only 31 years of age, put up 82 points last season, and the year before he recorded 92. Kessel is one of the best offensive players in the league and never misses a game. Galchenyuk is uber talented, younger and cheaper than Kessel, but he’s never been able to fully live up to expectations. He hasn’t recorded 20 goals since the 2015 season and has only averaged 45 points a season the past three years.

GM Jarmo Kekalainen and his bold strategy at this past trade deadline paid off with some short-term gain. But now it looks like the long-term negative effects may be just starting. All the NHL-caliber players acquired in March helped the Jackets pull of a first-round upset over the Tampa Bay Lightning, winning their first ever playoff series. However, the success was short lived as Columbus was eliminated in round two. Now, things aren’t looking great.

The Jackets saw leading point scorer Artemi Panarin take his talents to the Big Apple, starting goalie and two-time Vezina Trophy winner Sergei Bobrovsky sign with the Florida Panthers, and playoff hero Matt Duchene sign a seven-year contract with the Nashville Predators. Even Ryan Dzingel, who all along was rumored to want to stay in Columbus, has recently told management that he’s not coming back. Tough times ahead.

The Florida Panthers got the man who was rumored to land in Florida. The Panthers signed goalie Sergei Bobrovsky to a seven-year, $70 million contract. There is no doubt Bobrovsky was the best goalie out on the market and absolutely the Panthers needed an upgrade in between the pipes, It’s just at 30 years of age how good will “Bob” still be near the end of his contract? It would seem almost impossible to try and unload that contract if he does struggle. Adding to the situation is the fact the Florida used its first-round pick last month to draft top-rated goalie Spencer Knight. The 18-year-old goalie isn’t NHL-ready yet, but odds are he will be before Bobrovsky’s contract is up. Then what?

Dallas signed three 30-plus-year-old former all stars in Joe Pavelski, Corey Perry and Andrej Sekera. Pavelski’s accolades were mentioned above, but if the other two players can bounce back to slightly resemble their previous forms, it could make the Stars big-time contenders this coming season.

Who are some of your winners and losers thus far? What teams are you looking forward to seeing this upcoming season?