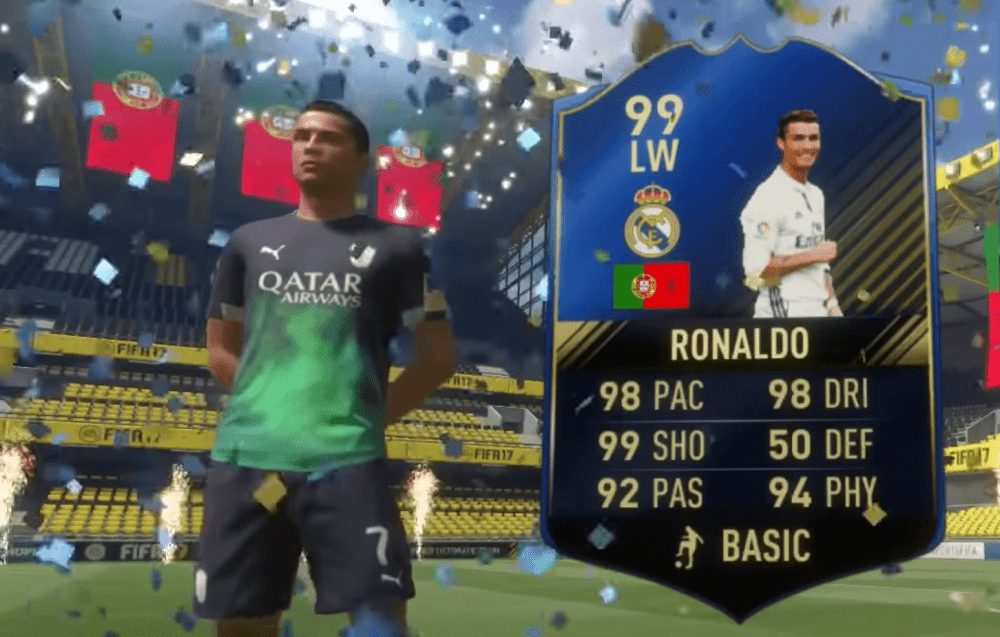 Developers continue to face the same conundrum. Do they continue to feed the purists and supply resources to classic, traditional game modes? Or should they continue to invest heavily into microtransaction-based features that exceedingly impact the bottom line.

You could make the argument that there are two types of “sports gamers” in this world now. There are competitors and there are “sims” — for lack of a better term. One embraces sports gaming as a competitive field (ironically a sport, if you will). The “sims” group embraces sports gaming and its titles for the opportunity to re-create reality as they so choose with modes like season and franchise. Surely there’s a spectrum there, and the two are not mutually exclusive, but for this exercise let’s say most gamers fall somewhere along a sliding scale.

For many years, gamers didn’t have readily available competition at their fingertips at all times. The only head-to-head competition happened when two opponents were seated next to each other. Modes like season, franchise, career and playoffs were how gamers were able to fall in love with a game. Creating fantasy teams and grooming them to immortality was how they’d get their fix. Creating themselves and leading their character through a professional career helped make impossible dreams come true.

Games were $60. End of story. You got the full experience with your initial purchase. Anything a developer had to offer came with your one-time purchase. But developers were being dealt a tough hand with the recycled games market and rental services featured at places like Blockbuster.

Fast forward some years, and now more than ever developers are electing to pour their resources into modes that profit off in-game microtransactions. This is a new era in gaming. On one hand, it’s a newfound revenue stream for developers and gaming is healthier than it’s ever been in some respects. On the other, traditional offline game modes have become stagnant. The obvious question begs, is this the new normal?

Electronic Arts and specifically Tiger Woods PGA Tour 11 introduced the world to Online Pass, a $10 one-time pass code to “premium online services, features and bonus content.” The snowball was officially rolling down the hill. Online Pass was a way for EA to still profit on a market marginalized by users sharing secondhand games. This pass would ensure EA at least a $10 purse for any user who wanted to play online and take in the full experience a game had to offer. The brand-new copies of their games would include this one-time code, but subsequent users of these purchased products would need to pony up. This was the first time, at least in sports titles, that additional funds were required to play a console game to its fullest potential — assuming we don’t count something like paying for Xbox Live as a whole.

In 2009, we were introduced to the world to Ultimate Team and card packs. By 2011, EA had made it possible to use real-world currencies to purchase in-game packs and players on games like Madden and FIFA. While earning Madden Ultimate Team coins and FIFA Ultimate Team coins organically through in-game play was very much encouraged, the ability to buy packs with cash was a brand-new concept. This was the first opportunity for users to engage in pay-to-win tactics to gain a competitive advantage in online play.

Users could power up their respective teams with better cards and better players to gain the competitive edge. And they did.

Skip ahead seven years, and things are accelerating.

With the added supplemental revenue, it’s hard to envision developers moving away from a landscape peppered with microtransaction opportunities. Loot boxes and card packs have been criticized and labeled as gambling by some entities, but it doesn’t appear they’re going anywhere anytime soon, at least not in the United States.

According to EA’s annual report from 2017, in-game microtransactions spent on live services accounted for 69.3 percent of all EA revenue. A glaring example, the purchase of FIFA points, accounted for 11 percent of EA’s total sales numbers for 2017. That’s roughly $500 million spent on FIFA points. For some perspective, EA released 11 titles in 2017. 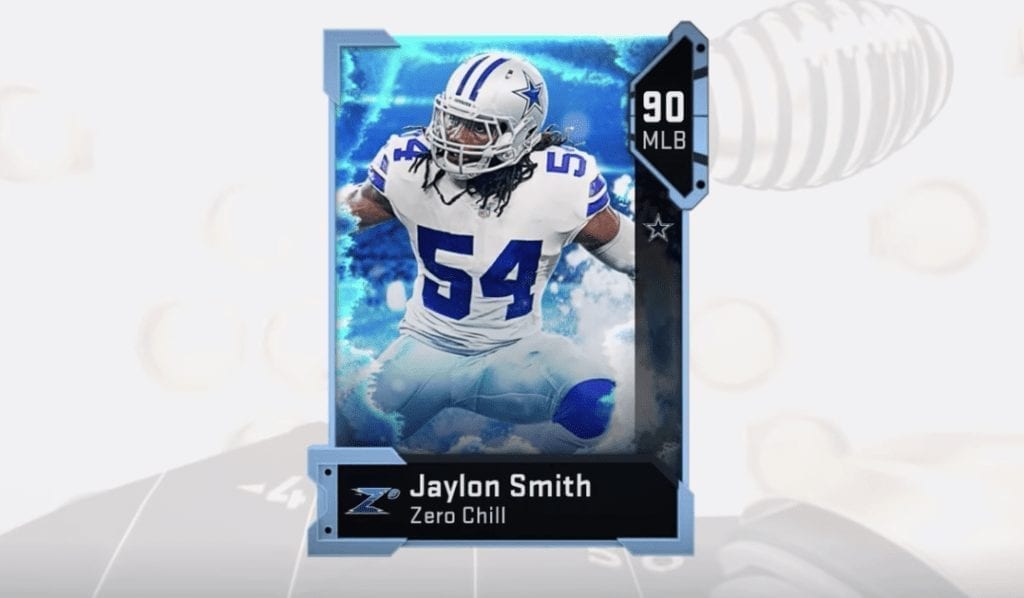 Another roughly $150 million was brought in on Madden Ultimate Team.

In a 2018 interview with Trusted Reviews, Rob Jones, NBA 2K19 Senior Producer, spoke about microtransactions in the current landscape: 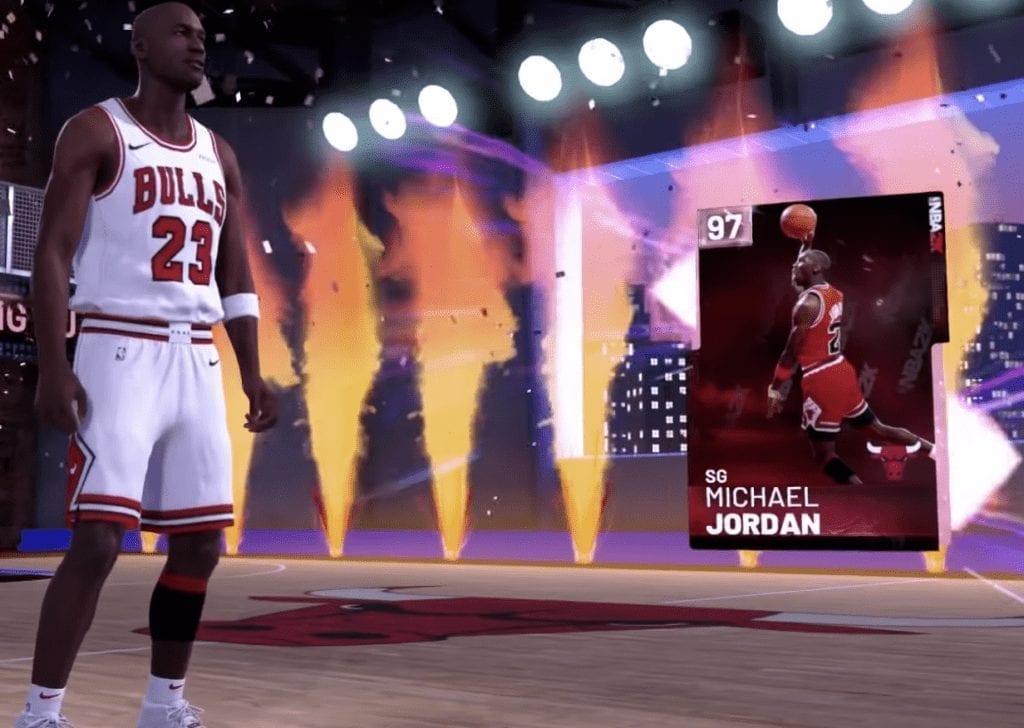 Games are not “forcing” you to move up in the virtual world. They are not forcing you to spend your money on card packs, or in-game basketball shoes or marketplace additions. But when so many consumers are doing just that, it’s easy to find yourself falling behind, or at least feeling like it. And that feeling can be accelerated when your team can’t compete with “super teams” that have been purchased. From there the pressure mounts, and then many of us cave. We’re human.

The microtransaction train is here, and it’s only gaining steam. When games like Fortnite are generating hundreds of millions of dollars each month, developers are going to take notice. You better believe leadership from those companies is going to impose outlandish budgets. The fact of the matter is, the complete experience is no longer a $60 endeavor. It is a subscription. It’s a monthly stipend.

So where does this leave modes like franchise? Or Connected Careers? What about Road to the Show? Well, in lesser ways, microtransactions have become a piece of those modes as well. Make your job easier as a GM by purchasing in-game “shortcuts” to quicker success. Buy new cleats that boost your player and his offline career. Pay for the ability to negotiate trades or make signing free agents easier. The options are there. But they’re not developing the revenue streams that Ultimate Team and MyTeam are at this juncture.

For now, we’ll simply have to wait and see. The community has been clamoring for an overhaul in many conventional game modes on several sports titles. In some cases, these modes have become stale.

However, the fact of the matter is jobs depend on the bottom line. If you were a developer, and you were required to hit a sales figure, would you invest in modes that do not create revenue after launch? Would you cater to the whole community, or cash in on the lucrative corner of the market?

It’s a balancing act, and lately the proverbial seesaw has leaned toward Ultimate Team and rewarding profits. The only question now is, will the industry ever swivel back the other way?