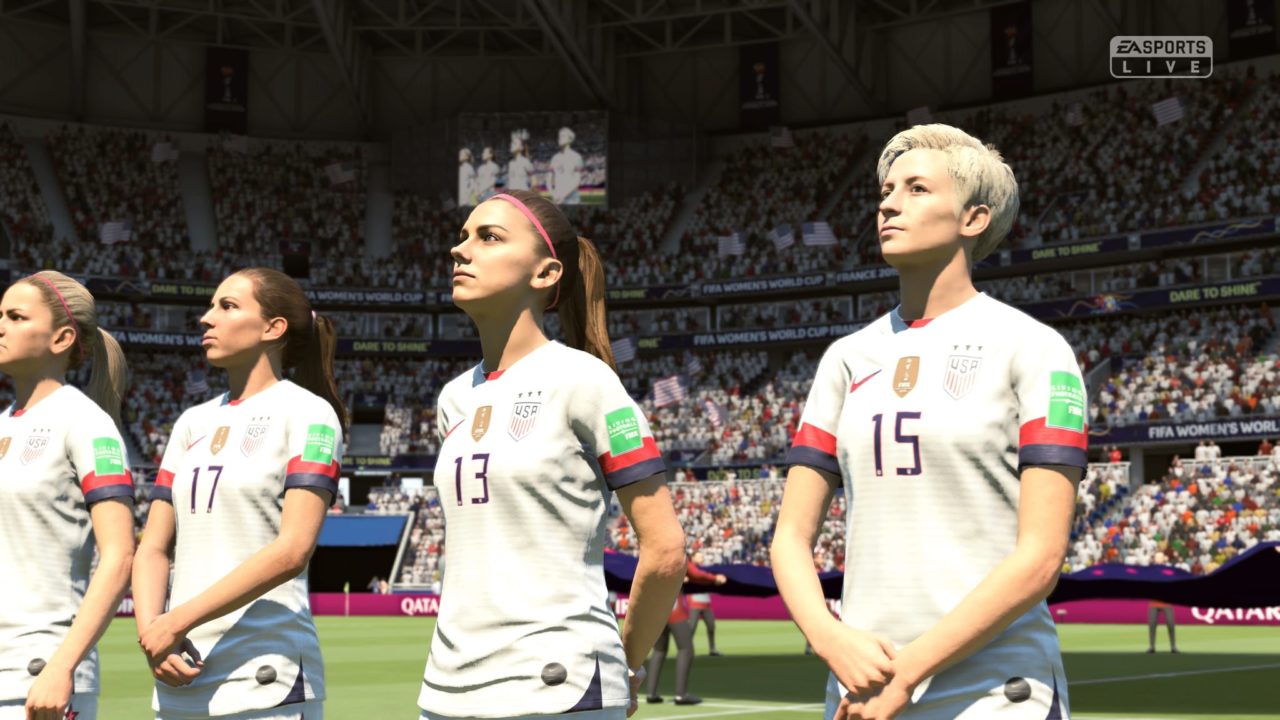 FIFA 19 game update 1.15 is available now, allowing fans to play the FIFA Women’s World Cup France 2019 Final in Kickoff Mode. The free content update is available for PlayStation 4, Xbox One, and PC. The newly added teams are available in the Kick-Off menu on Nintendo Switch.

Featuring 22 Women’s National Teams – including 10 new to the game – with authentic kits and crests, along with the official FIFA Women’s World Cup Final match ball, stadium dressing, ad boards, and more, you’ll be able to step out onto the pitch at the Stade de Lyon in France to experience the biggest fixture in women’s football and lift the iconic Trophy just as the tournament winners will on July 7th.

Q. Do all teams have the latest and up-to-date squads? Will squads update during the tournament?
A. Player rosters will not be authentic for every team. There will be post-launch squad updates to squads and ratings as the FIFA Women’s World Cup™ progresses.

Q. Can I play the FIFA Women’s World Cup 2019™ Final on Nintendo Switch?
A. Unfortunately, not, however, you’ll be able to play with all of the newly added Women’s National Teams within the Kick-Off menu on Nintendo Switch. The Nintendo Switch version will not include the Final match presentation. 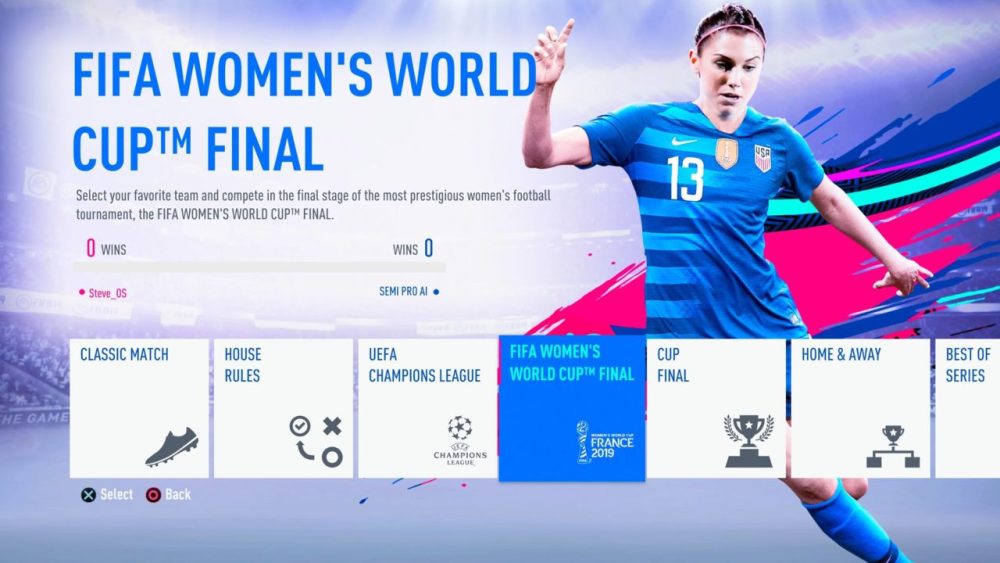 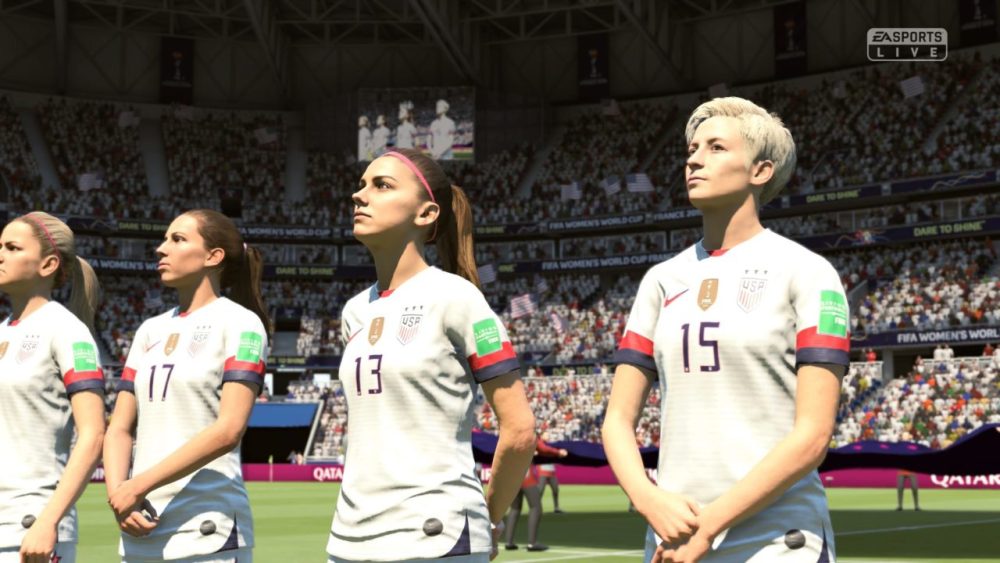 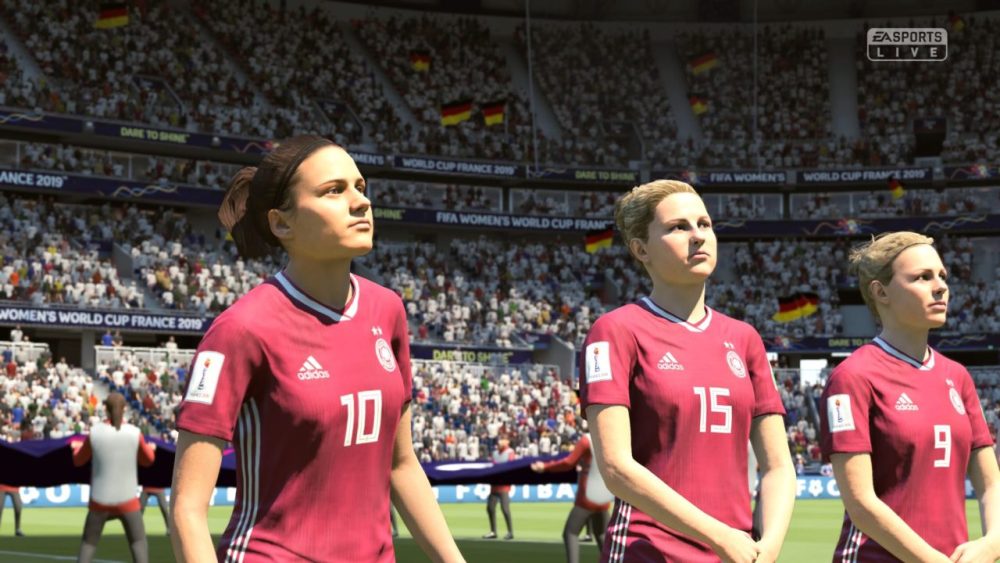 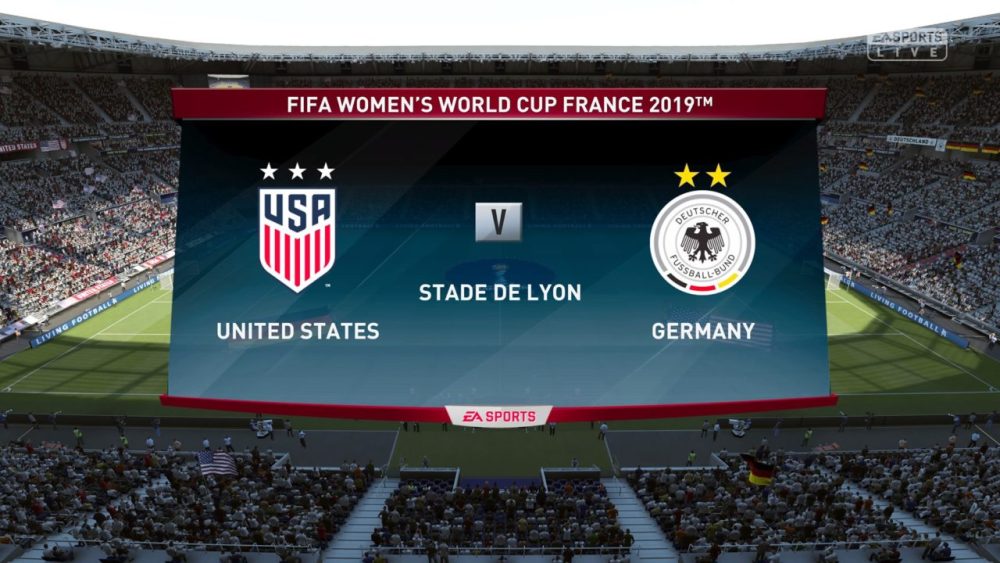 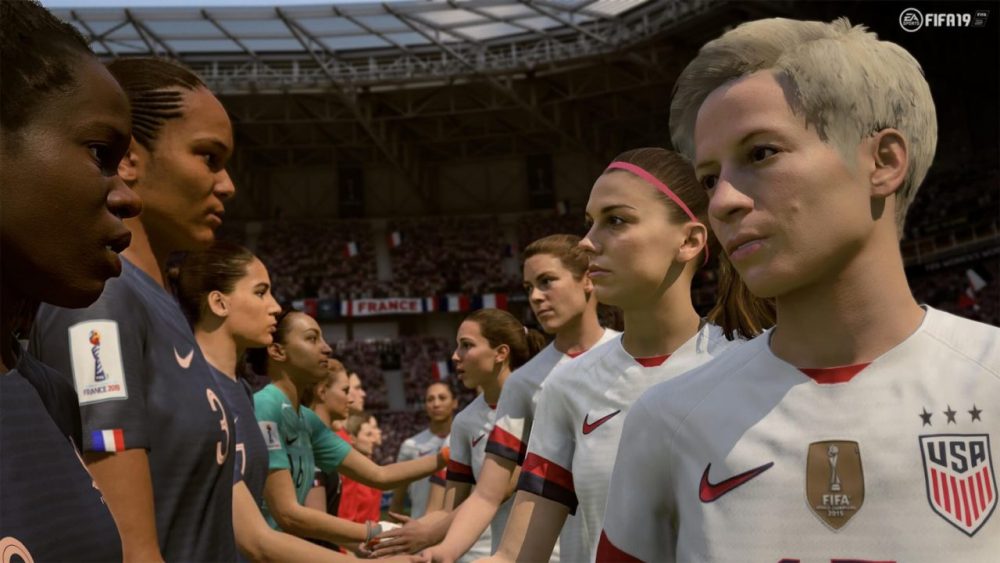 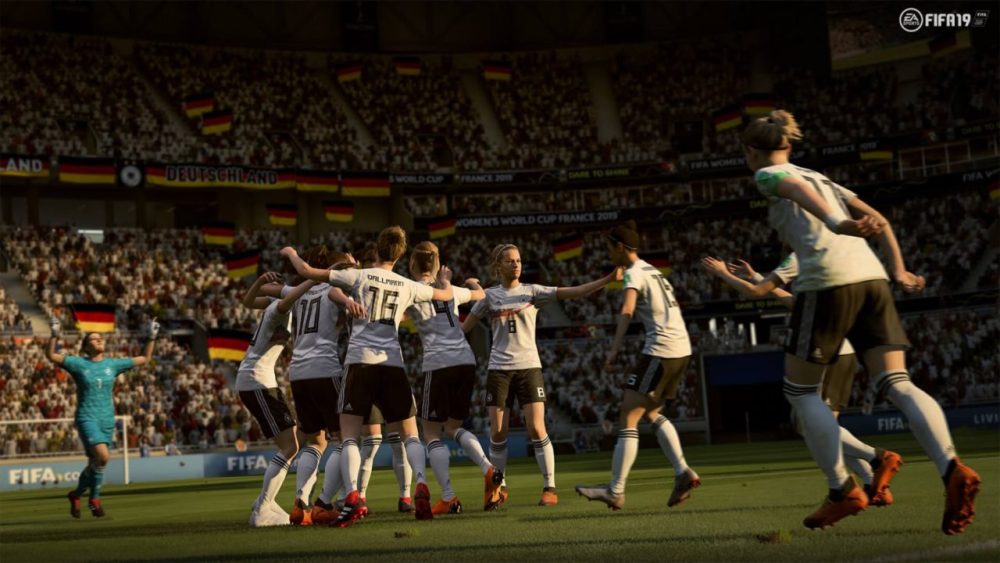