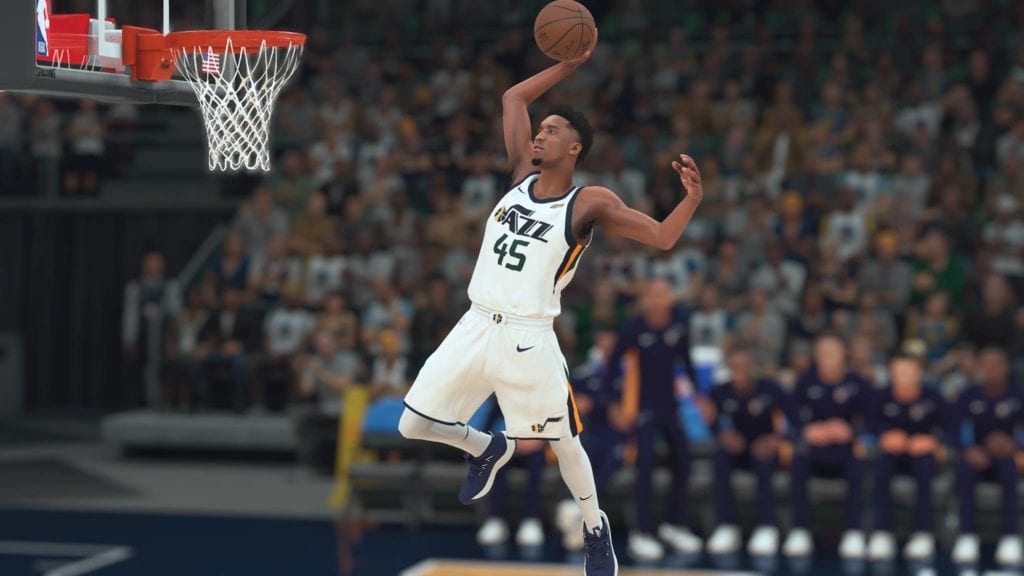 NBA 2K19 will be here before we know it, and even though a ton of people are complaining about this year’s MyTeam, I doubt 2K would even consider dropping the mode. That being said, maybe there’s still time to fix some of the issues (or just improve what’s already great) before September rolls around.

Here are the top five changes I would make to MyTeam, and please leave your own ideas/wishes/complaints below. You never know who might see them.

Wouldn’t it be great if 2K online played as smoothly as Call of Duty? I don’t know the technical reasons behind why there seems to be so many issues, but after this many years, I would hope we’d see some more improvements to latency and stability. Maybe 2K19 will shut me up.

I had some ideas for an upgraded Domination mode back around the All-Star break, which if implemented would make me very very very happy, but there’s a lot more that could be done offline.

Schedule mode technically has a lot of playable content, but the rewards make it tough to justify the grind. So if schedule mode continues in 2K19, let’s get more than just measly MT rewards. Let’s get some packs or specific cards. Maybe even cards you can’t get any other way. Let us earn (heaven-forbid) some VC! That might get people focused on other modes like MyCareer or MyLeague to dip into MyTeam.

And we definitely need more moments challenges (or challenges of any kind, really). Like a historic challenge that forces us to use a specific historic card, and then that could be a way for us to earn historic packs.

Or, if the Warriors blow out a team by 40 one night in December, give me a chance to use my squad against that Warriors team (complete with souped up “moments” level stats, instead of the stock Warriors ratings). Like a full game with 12-minute quarters so the bench has more of an impact. Then give me a huge reward for putting in that time, like a special Klay Thompson card or something. Or better yet, my choice between any of those Warriors cards, but maybe the cards are limited, so whoever completes the challenge early gets more options. And eventually someone who completes the challenges gets stuck with David West. It would be an emerald or sapphire if he had a good game — but still. I just want a little more drama in the game.

Basically, I think we need to have a variety of rewards that can be earned in a variety of ways. Oh, and don’t force me to play Pack and Playoffs to unlock cards either, that totally sucks.

Integration With Other Modes

Last year, or maybe two years ago, you could earn MyTeam cards by playing through MyCareer. That was great, let’s take that to the next level.

If I win a championship in MyGM, give me some MyTeam packs. Or players specific to the team I won that championship with. If I grind MyLeague and take my Rockets through a few seasons and improve the team, reward me. If I win MVP with Zhou Qi in 2021, give me a diamond card I can use in MyTeam. That kind of stuff would ensure people have very different teams without a lot of card overlap. And it would really motivate me to play other modes and take them seriously.

And the rewards should change based on the difficulty. Wining a title with the Rockets is one thing, but if I create an expansion team, build them up over five seasons and win a championship, give me like five boxes of cards. Or enough MT to buy what I want. Speaking of which, MT should be available in any mode. Give me a choice between taking VC or MT if I play a blacktop game or a play now game.

In addition to moments cards, give us more specialty drops, like the Chinese New Year stuff. That was cool. Or when we could earn a Jeremy Lin from weekly challenges. It’s a card collecting mode, so there needs to be more cards. Yes some of them are silly and overpowered, but that’s the beauty of the mode. If I wanted to play with regular Jeremy Lin, I could starts a Nets MyLeague, but I’m only getting a souped-up amethyst Lin in MyTeam.

And don’t wait until after the All-Star break either.

The problem with the PD Harden situation was that if you didn’t have Harden, you were screwed. Once the flood gates open, give us some other high-powered options. But maybe do it with cards or players that people generally aren’t interested in.

For example, a diamond Bob Cousy was released a couple of weeks ago, and within hours he was down to 15K in the auction house. Part of it was over saturation, but I think mainly it was because no one seems to care about poor Bob Cousy. But if a diamond Cousy came out in October, people would learn to love him. Which again, is part of the reason I love MyTeam — playing with and appreciating NBA players that aren’t necessarily on my radar.

When I think about how much time and MT I (and others) spent on sapphires and rubies early in the year, it makes me sick.

I understand that they are trying to keep a level playing field, but in the NBA, a team isn’t made up of emerald and sapphire players. There is usually one superstar (a diamond) with a couple stars (amethysts or sapphires) surrounded by role players (emeralds and below). Hopefully there’s a way to get teams like that closer to the beginning of the year while still balancing the competition.

This one is a bit outside the box, but what if each MyTeam player had the power to make cards. Limit it, obviously — maybe just five throughout the year, like one from each gem tier for example. We could use real NBA Players (current or historic) as templates, or maybe even import our MyCareer player.

I mentioned a potential diamond Zhou Qi, and the amethyst Jeremy Lin we actually got this year, but everyone has favorite players they’d love to see fantasy versions of. Give us the chance to live out those fantasies and let us do all the work. I’m sure some of you are thinking, “Well, people are going to just make every rating 99, that’s not fair!” Well, guess what, 2K is already making those kinds of players. We might as well have a little say in the proceedings.

This is definitely just the tip of the iceberg, what do you guys and gals think?