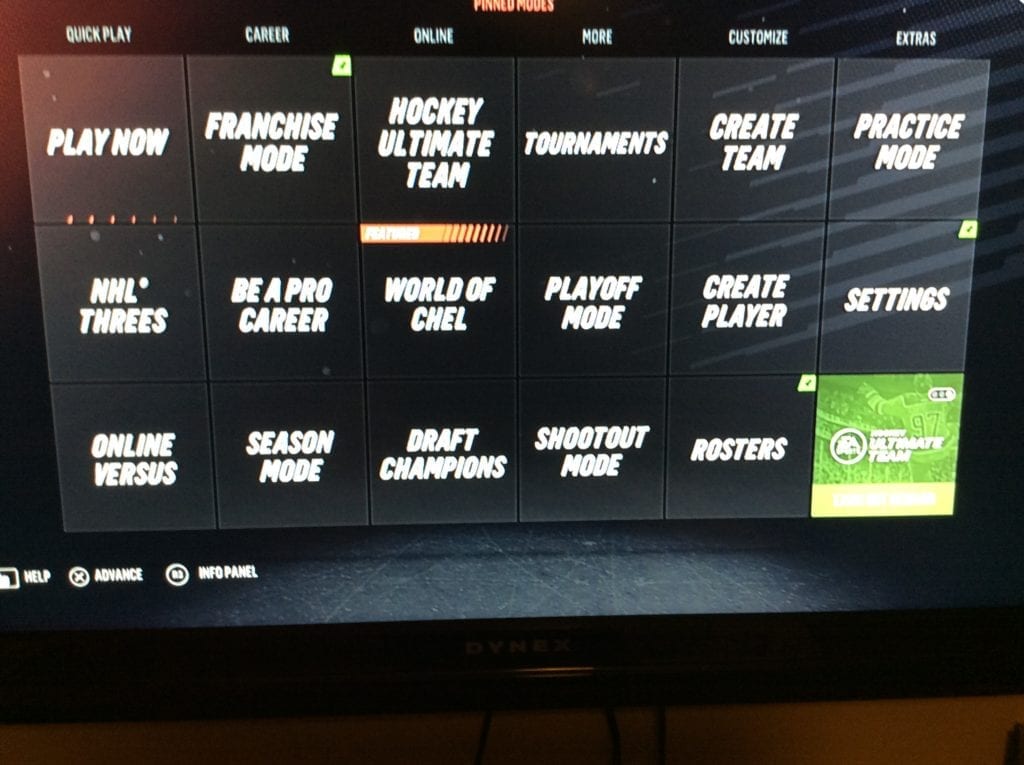 In recent years, EA’s NHL series has formed quite the love-hate relationship with its core fans. It feels common at this point to see the developers add a new feature, just not the feature fans wanted the most. Year after year, the NHL gaming forums and message boards seem to consistently beg and plead for the same things to be added to no avail. Sometimes highly requested features do eventually get added a few years down the line (five-man celebrations I’m talking about you), but the gratification is certainly delayed more times than not.

This article details some of the most prominent and requested features still missing in the NHL series. Yes, of course overall improvements to the visual presentation and gameplay/AI are definitely needed to enhance our gaming experience, but this article will solely focus on missing features. We will dive in and tackle game improvements in a lengthy article at a later date. (Maybe once I can finally get my computer teammate to stay onside.)

In 2019, it feels off that a major sports title would still be missing this feature. Instead of allowing a community of passionate fans to create rosters and share them with the community, NHL gamers are forced to wait for EA’s monthly or sometimes bi-monthly version of its rosters. This is especially frustrating when the NHL game drops about a month before the regular season even starts, making gamers have to wait to play with their favorite team or favorite rookie who’s not yet included in the launch version. Also, for those who don’t want to invest the time into editing and creating hundreds of players, roster sharing presents the opportunity to play with a classic team (which we will get into later) or a specific legends.

GM Connected actually was a feature that did exist at one point. It was first introduced back in NHL 13, and it allowed players to match up against one another in a league setting, complete with the free agency period and a draft. Very shortly after its introduction, the feature was dropped with the teasing that it could reappear sometime down the road. Well, years of requests later, and GM Connected has yet to be reintroduced to the NHL series. GM Connected has been a staple feature in the Madden series during its time on the Xbox One and PlayStation 4, and it needs to come back to the NHL series.

A few years ago we were first introduced to this feature in the NBA 2K series. Since then, we have seen EA and Sony try their hands at it. For fans of the game who aren’t necessarily crazy about the arcade-ish modes of NHL Threes or Ones, this theatrical mode could be the new feature that grabs their attention. So, with a few years and multiple games now under their belt, it seems like it could be time for EA to explore the possibilities of this mode within the NHL series. As long as the story mode includes partying with “The Great Eight” Alexander Ovechkin in the offseason, count me in.

As briefly mentioned in the roster-sharing section, having the ability to play with classic teams would be a welcomed and pretty wild addition. It’s fun to think about matchups like the rough and tumble Broad Street Bullies going up against the speed and skill of the 1995-1996 Detroit Red Wings (who hold the NHL record for most wins in a single season). You could set up “Sid the Kid” Sidney Crosby and have him go up against “Mr. Hockey” Gordie Howe. Jonathan Toews could take one of his cup winning teams and go up against Mark Messier and one of his cup winning teams. The number of amazing potential matchups makes this feature seem like it could become a fan favorite for sure.

This feature could have so much depth to it. First, start with the skills competition. Making this a playable feature in the main menu and also adding it midseason the day before the All-Star Game in franchise mode would be a blast.

Beyond the Skills Competition, updating the in-game All-Star Game to mirror the NHL’s current format seems like something that would be an obvious update. Doing away with the old East versus West and going to the current All-Star format consisting of four all-star teams, each team representing one of the league’s four divisions. The teams participate in a two-round knockout tournament, with each game being two 10-minute halves in length and played with three skaters on the ice at a time per team.

It’s also worth mentioning the Frostbite engine remains missing in action for EA’s NHL series. Frostbite is now used by Madden and FIFA, and it seems like if the NHL series wants to get improvements from other games within the company, the leap to Frostbite will need to happen. As of now, producers of the series say they are still evaluating the Frostbite engine. They’re monitoring FIFA and Madden, and learning about the successes and challenges they’ve had to better prepare themselves for implementing the engine down the line.

It is Time to Answer the Question: Should You Join an Online League?
Taking Back the Crown - NHL 19 Franchise Mode With the LA Kings