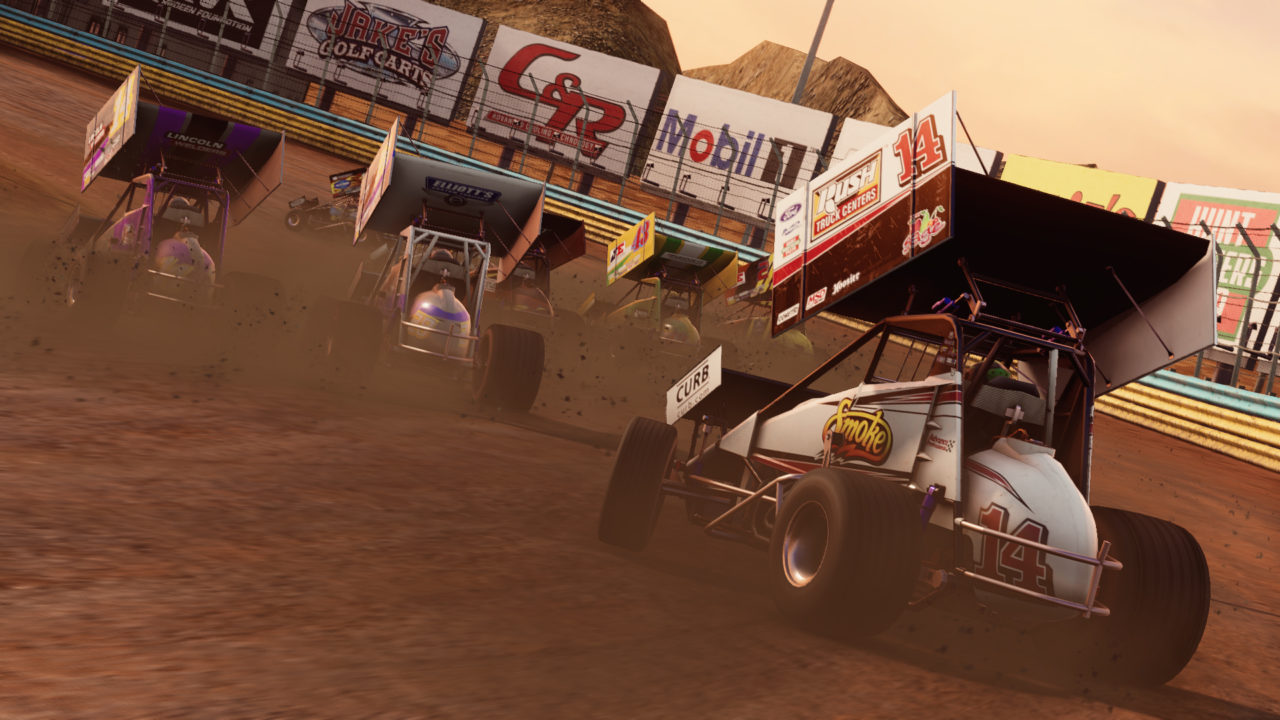 Tony Stewart’s Sprint Car Racing, which arrived last week for PlayStation 4 and Xbox One, is available now on Steam for $29.99.

The mud will fly as you hit the track in a dirt racing experience featuring all the drama of Saturday night short track racing. See if you have what it takes to qualify, and then race your way into the A-Main in a Quick Race, a Championship season, or head-to-head Split Screen action. When you’re ready, head on over to our 25-player Online Multiplayer. Or show what you’re made of as you make your way from an unknown driver to series champion in Career Mode.

Developed in collaboration with Sprint Car champion and NASCAR racing legend Tony Stewart, strap in for an authentic dirt track racing experience. Starting in the All Star TQ Midgets, work your way up to 410 Winged Sprint Cars in the All Star Circuit of Champions, both of which are owned by Tony, himself.

Also of note, Monster Games has submitted a new patch for Tony Stewart’s Sprint Car Racing, which is scheduled to release mid to late next week. Check out the patch notes below.

Fans waiting to purchase the game in Australia, New Zealand, the UK, and South Africa will have to wait until mid-March, at the latest. An exact date has not been confirmed. The game is still scheduled to launch on the PlayStation Store in Canada on Tuesday, February 25.

If you missed our Tony Stewart’s Sprint Car Racing review, make sure to read it here.