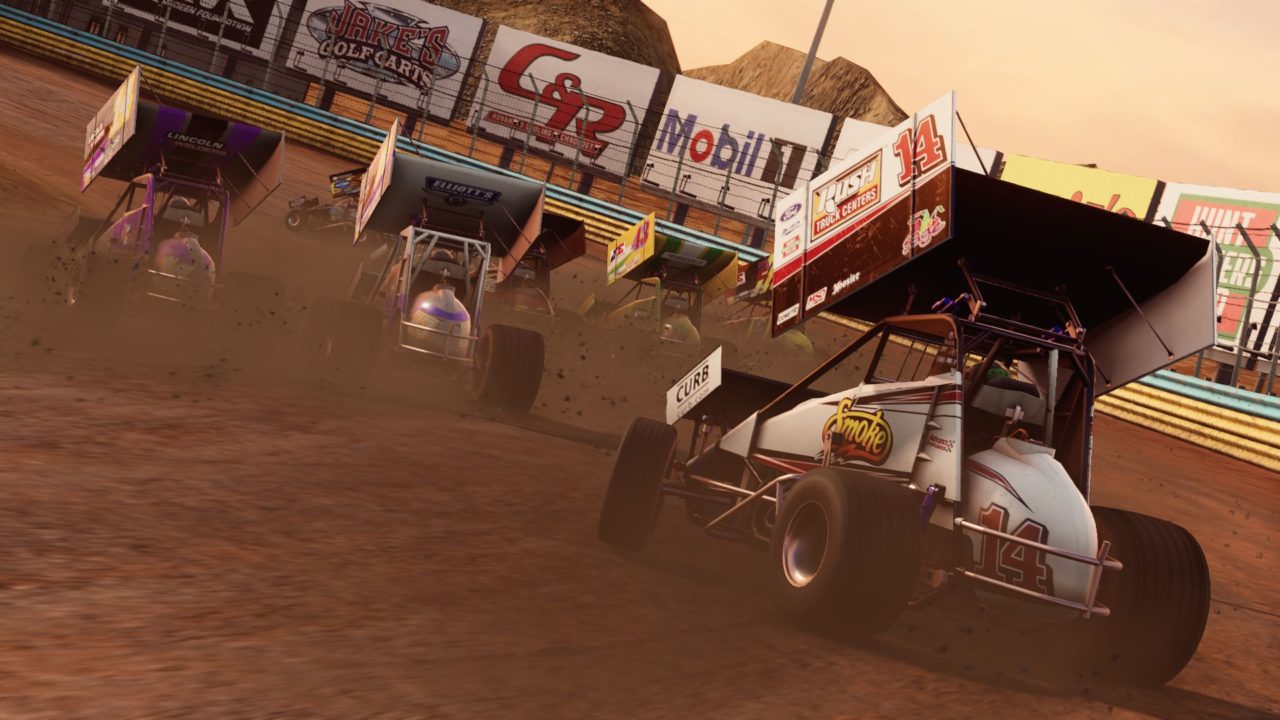 Tony Stewart’s Sprint Car Racing is available now on Xbox One and PlayStation 4 for $29.99. If you’re looking for the PC version, Steam will have it next Friday, February 21.

Get some laps in and let us know what you think! We’ll have our review online soon.

The mud will fly as you hit the track in a dirt racing experience featuring all the drama of Saturday night short track racing. See if you have what it takes to qualify, and then race your way into the A-Main in a Quick Race, a Championship season, or head-to-head Split Screen action. When you’re ready, head on over to our 25-player Online Multiplayer. Or show what you’re made of as you make your way from an unknown driver to series champion in Career Mode.

Developed in collaboration with Sprint Car champion and NASCAR racing legend Tony Stewart, strap in for an authentic dirt track racing experience. Starting in the All Star TQ Midgets, work your way up to the insanely powerful 900 HP 410 Winged Sprint Cars in the All Star Circuit of Champions, both of which are owned by Tony, himself.