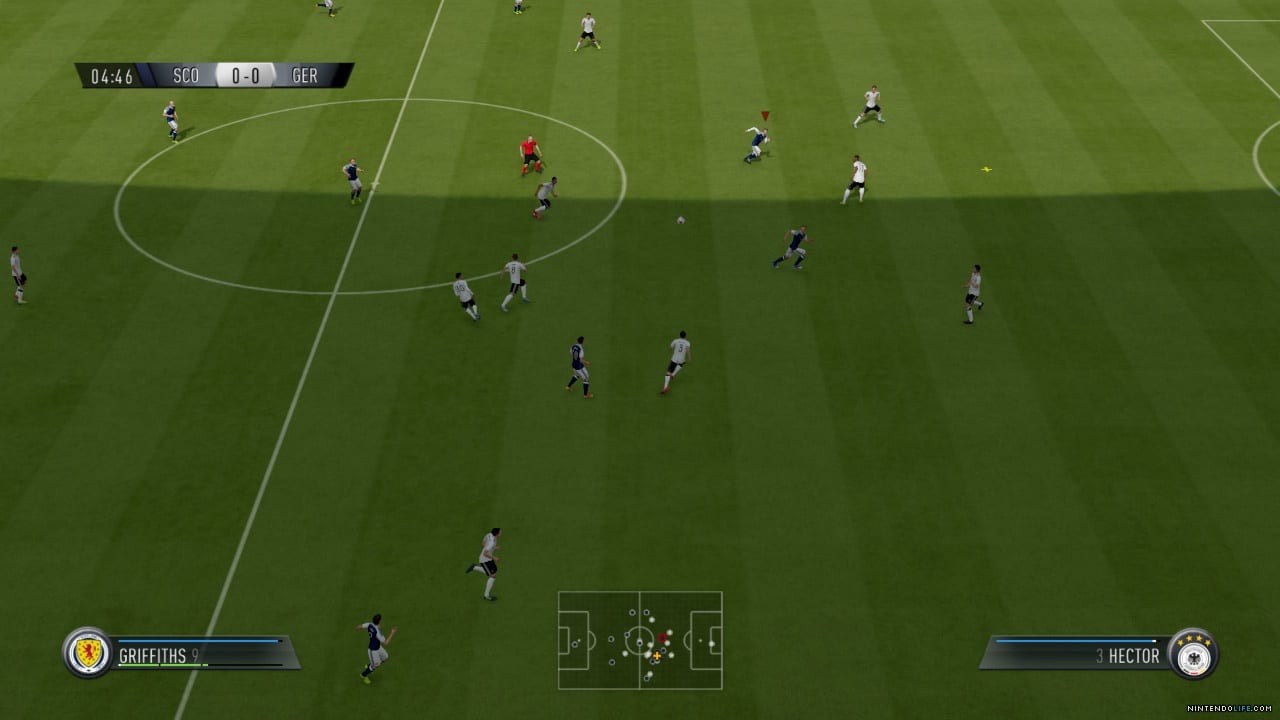 In under one month, Nintendo Switch will turn two. The hybrid console absolutely took and became the fastest-selling console in the United States last year. So after two years, whether you’re just starting to get into a specific sport, want a recommendation of what to pick up, or are leveraging the sports offerings to purchase the console, allow us to guide you through the current state of sports gaming on the Nintendo Switch.

FIFA’s presence on the Switch, though not as jam-packed with bells and whistles as its PS4 and Xbox One counterparts, is important. It retains the feel of the annual releases and has an abundance of features. Soccer Slammers takes a fun but limited approach to the classic arcade gameplay. Additionally, Neo Geo has six separate options that, while very basic in modes and gameplay, are a local multiplayer blast just as they were at laundromats, bowling alleys and restaurants in the ’90s. Soccer is in excellent standing as the bounty of classic/indie titles supplement what should be a steady yearly release in FIFA.

Ironically enough, the NES shines brightly with Tecmo Bowl. Even if it is stripped of NFL teams, players and the ability to edit anything, it still feels excellent and makes for exceptional multiplayer (which you can even play online with friends if you have Switch multiplayer). Mutant Football League and Football Heroes Turbo provide very unique takes on American football, while Neo Geo’s Football Frenzy and a port of 1983’s 10-Yard Fight round out the classics. Will 2019 be the year Madden gets ported to the Switch? To phrase it another way, when 2025 rolls around, what will there be more of: Madden titles on the Switch or championships for my beloved Houston Texans? Only time will tell.

Help. “Hockey” returns three Switch results on the eShop: Air Hockey (not exactly what we are looking for), NES Ice Hockey (remarkably boring after five minutes, even online), and Disc Jam (also not hockey). It is wild to think that hockey truly has nothing else on the console. Even if it is not the most popular sport in Japan, it has a formidable presence both internationally and in the United States. One can only hope that EA could port even an outdated release of its NHL series to the Switch, but we’ll just have to wait until fall to see. Meanwhile, maybe a port of Super Blood Hockey could do the trick.

Though basketball has fewer options than other sports, it is in excellent shape. The NBA 2K series, arguably the most polished annual simulation sports franchise, has seen two great ports, which bodes well for future third-party sports titles. NBA 2K Playgrounds 2, while controversial in its DLC tactics, decently scratches the NBA Jam-sized itch, and there just always seems to be a Neo Geo savior around the corner as needed in Street Hoop.

Unless something dramatic occurs, MLB The Show will not be appearing on a Nintendo console anytime soon. RBI Baseball’s 2017 and 2018 entries were largely panned by critics and fans, but MLBAM released an impressive list of improvements that could boost the game’s appeal. As much as we would love to see a Ken Griffey, Jr. reboot, the likelihood of Nintendo reviving or porting a classic is nonexistent. Though the glory days of overeager gamers sending a strap-less (“No, I don’t need one”) Wii remote through a television screen at full strength are largely behind us, Wii Sports’ baseball made for hours of entertainment. Baseball, however, is not included in Sports Party Switch. The baseball mini-game in Super Mario Party could actually be quite fun if the fastball wasn’t comically overpowered. Otherwise, Neo Geo has our backs again in the phenomenal Super Baseball 2020 — which is next year, by the way.

While not as dire as hockey, the squared circle could use some help. The lone WWE 2K release was such as disaster that 2K did not even bother porting the game the next year. Fire Pro Wrestling World and the Switch seemed to be a perfect fit, but it tragically and inexplicably did not get released on the console. Barring any nostalgia, there’s only so much fun that can be extracted from NES’ Pro Wrestling. 3 Count Bout, while fun, is much more of a 2-D fighter than a wrestling game, and Guacamelee! 2 is a blast but hardly what we’re looking for. Here’s hoping that Fire Pro Wrestling World is a surprise drop in a future Nintendo Direct.

Sure, there’s Mario Kart, but the Switch has a bounty of racing titles, from Crash Team Racing landing soon to GRID Autosport announced last week. Even Neo Geo has horse racing in Stakes Winner 2.

Mario Tennis is excellent. I wish it had some sort of career mode like in Virtua Tennis or an RPG mode like its Game Boy Advance counterparts, but it still plays very well. Licensing aside, we can always dream that the Dreamcast’s Virtua Tennis 2 will be released for the Sega Ages series.

Golf Story is a great indie title and Neo Turf Masters is an all-timer, but a port of The Golf Club 2 seems like another great fit.

Disc Jam, Rocket League, Stikbold, and Nidhogg 2 are all excellent takes on and fusions of a number of genres. OlliOlli is a refreshing rework of arcade-style skateboarding, even if it has been on other consoles for almost five years.

EA and 2K have proven that their marquee titles can function well on the Switch, and Neo Geo leads the charge with nostalgic sports titles on the console. Licensing complicates just about every classic sports game that we fondly remember, so no one should put too much faith in Nintendo Switch Online’s unfathomably slow-growing catalog of previous console games. Nintendo has done a decent job curating indie sports titles, but is it enough to win over those players from other consoles? After all, some huge sports do not even have a port on the Switch yet. The library is ever-growing, but there is visible room to improve in almost every sport.

What's EA's Next Move if the NBA's Out of Reach?
XFL and 2K a Match Made in Heaven