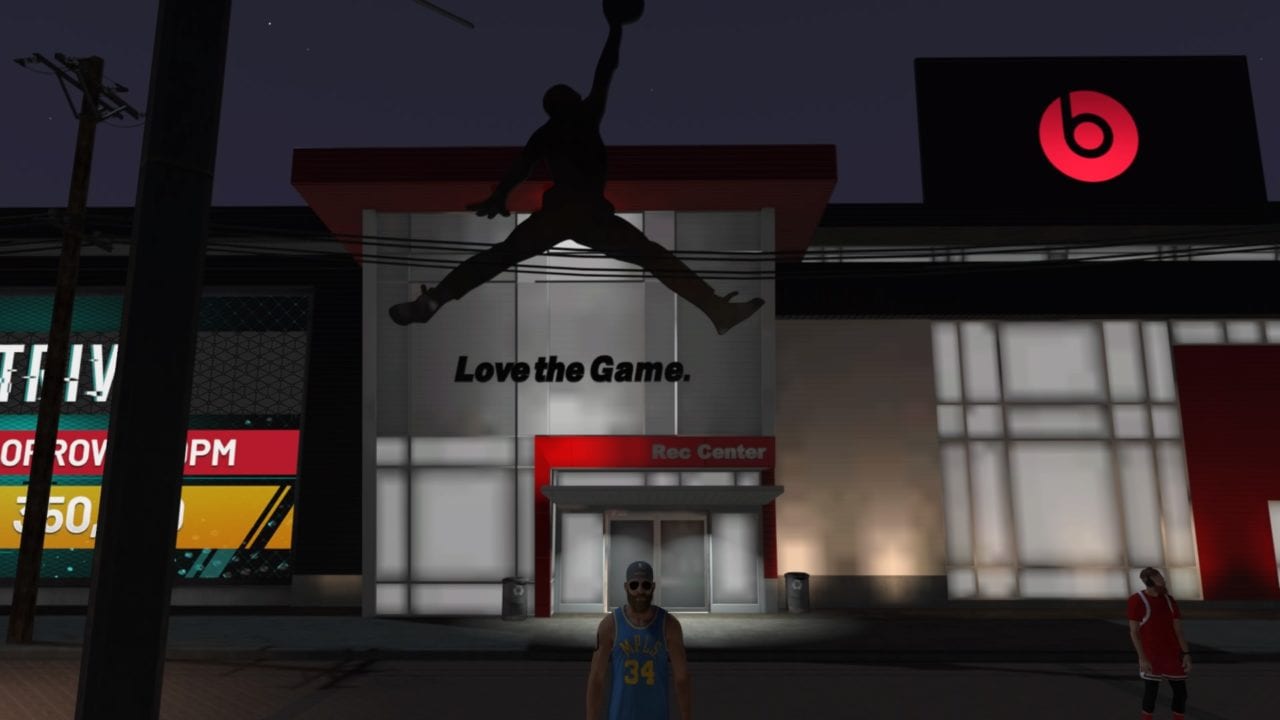 For NBA 2K19 players who prefer their basketball to be a little more realistic than the street ball played in the Neighborhood’s parks, the Jordan Rec Center remains the top destination for those looking to get their online team play fix. But if you’re going to enter the building looking for a game, it’s important for people to understand that playing nice with others means taking into consideration all the ways you can make the experience either pleasant or torturous for your teammates and opponents. Officially, there are no real rules inside the Jordan Rec Center other than those that govern the game of basketball itself, but there are at least some unwritten guidelines that can help make the Rec Center a better place for all. Because people tend to respond better to lists and because Se7en is a classic movie, let’s review the seven deadly sins players commit in the Jordan Rec Center.

There’s no shortage of players in the Jordan Rec Center who are convinced they are the second coming of Jordan themselves and would like to nothing more than to prove this on every possession. Once they have the ball, everyone else on the floor is completely forgotten as they only care about trying to score. Whether this means driving to the hoop despite the presence of a rim protector or jacking up contested 20 footers while moving, there’s no defense too stifling for these ball hogs to believe they can’t come away with points. Before long, you’ll realize that you and your three other teammates aren’t really playing in the game so much as merely existing on the court. You’re of the action but not quite in it.

The opposite of those trying to do too much on the court are players who don’t really do much of anything at all. On offense, you’ll typically find them lazing around in the corner while their defender sticks to them like glue, not doing a lick to try and get themselves or anyone else on your team open. Of course, this lack of activity only becomes a bigger issue on the other end of the floor, where it will be apparent pretty quickly that someone doing little on defense will lead to someone on the other team getting a lot of points. You try, to no avail, to occasionally direct them to, you know, do something (anything!) but they insist they’re just really good at “spacing the floor” or “not really into the whole defense thing.”

HOW TO AVOID SLOTH: Be active. Move around to get open or set screens on offense. Stick to your man on defense.

When the going gets tough in the Jordan Rec Center, you’ll find that people often show good sportsmanship and are able to take their losses in stride. Just kidding, most of them will fold the second they sense there’s even the slightest chance of failure. You’d think the punishment of not only losing the game but any and all MyPoints or VC you’ve earned in the game thus far would act as a sufficient deterrent to people quitting games, but so many Rec Center players would instead rather forfeit their rewards rather than suffer through the indignity of not winning. Granted, in some cases this might leave you with an AI teammate who actually performs better than the human who abandoned his team, but it too often strands you with a liability on the floor that’s increasingly difficult to conceal.

HOW TO AVOID PRIDE: Play the game. The entire game. Don’t quit on your team.

No matter what kind of build a player may be using in the Rec Center, there are always those who seem to perform as if they wish they were using a different build instead. Whether this means a rebounding rim protector who decides he wants to become a post-scoring god or a sharpshooter who consistently passes up open shots to drive the lane, these identity crises are far too common to find on the Rec Center courts. It’s understandable that players may have been grinding one archetype for so long that they have simply grown bored of fulfilling the same role over and over again, but there’s an expectation that you’ll lean on your strengths as a teammate and not venture too far out of your comfort zone just because you’d like to do something else on the team.

HOW TO AVOID ENVY: Do what you do best. Eyes on your own paper. Don’t be the Distracted Boyfriend meme.

Just because you might find some success with something in a Rec game doesn’t necessarily mean it’s the best idea to keep repeating that same maneuver time and time again. This is especially true of the many “cherry pickers” you come across in games, who will all but forfeit playing any real defense in order to quickly transition to offense so they can be the first ones down the floor for an easy dunk. They will leak out as soon as your opponent has put up a shot, forgoing any box-out opportunities and eschewing any hard work for that enticing chance at some easy fast-break buckets going the other way. This may even work a decent amount of time, but it’s a selfish method of playing that ensures you gorge yourself on all of the rewards while the rest of your team goes hungry.

HOW TO AVOID GLUTTONY: Be a team player. Try to balance offense/defense. Don’t “cherry pick” on every possession.

Frustration can manifest itself in many ways on the court, and one that will often infect the weak is a burning desire to harm the other team. It’s one thing to look for an opening and try to reach in for a timely steal when the moment arrives, but it’s quite another for players to be spamming the steal button endlessly and hitting guys in the face repeatedly as a result of it. That’s a good way to find yourself saddled with three fouls before the end of the first quarter and forced to play conservative defense for quite a long stretch of the game because of your impulsive and short-sighted actions. Of course, many players won’t even allow cooler heads to prevail once they’re in danger as they just continue the fouling spree until they’ve fouled out of the game before halftime and left behind a hapless AI player in their wake.

HOW TO AVOID WRATH: Chill out. Don’t spam steal all the time. Play smart defense.

Herm Edwards once bellowed, “You play to win the game,” but there are some in the Rec Center who clearly want to win more than others and will go to any lengths to ensure that happens. These are the established Pro Am teams that enter the Rec Center ostensibly to “work on their chemistry” but are really only there for the chance to smash poorly matched teams of random players by as many points as humanly possible. Aside from the fact that this only discourages mediocre players from ever wanting to play in the Rec Center again, participating in these games also offers little benefit to these super squads that should really be picking on teams their own size. Some would argue this is more of a matchmaking problem than anything else but it’s also a symptom of people wanting to pad their Rec records with easy wins.

HOW TO AVOID LUST: Keep your Pro Am teams in Pro Am. Don’t break a player’s spirit. Win the right way.