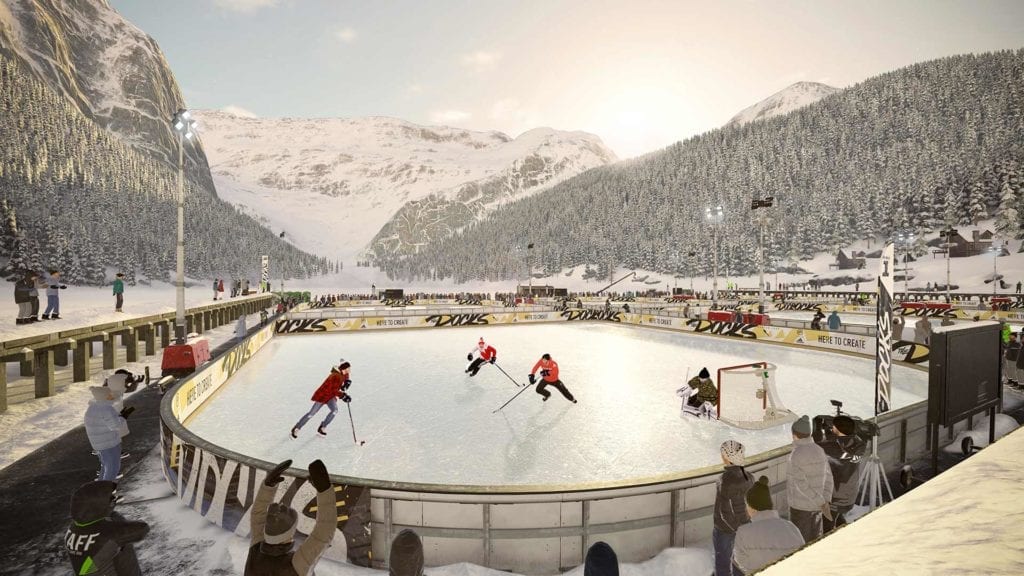 Ahead of the release of NHL 19 on September 14, EA surprised everyone by dropping a beta version of the game a couple of weeks ago for free download. Now that the beta just has just wrapped up and everyone has had ample opportunity to give the upcoming game a try, it’s probably a good time to reflect on my experience with the beta and consider what areas stood out most when compared to NHL 18.

Here are the five biggest takeaways from the NHL 19 beta.

By far, the biggest adjustment everyone had in making the leap from NHL 18 to NHL 19 was learning to use your poke checks selectively. While NHL 18 eventually settled on a tuner set that often rewarded the spamming of the poke check to get the puck away from opposing players — even allowing it to be effective at some of the most inopportune angles — that all appears set to change in NHL 19. The big deterrent now for using the poke a little too liberally is penalties, and plenty of them. Online 6 vs. 6 games within the beta were filled with people learning the hard way about how to properly use the mechanic as penalty minutes over the course of a game ballooned to ridiculous proportions.

But as people played more and more games, they gradually grew accustomed to the nuances of when a poke was appropriate and when it was liable to send someone sprawling to the ice. It became imperative to play better positional defense and use your body rather than the stick to create turnovers — thanks in part to the game’s improved hitting engine. Though some people naturally opined that EA had ruined their most reliable defensive tool and turned the game into a boring penalty-fest, EA surprisingly stood firm in the belief that defense is more than poke checks, and despite an update to the tuner set partway through the beta that made the penalties a hair more lenient, suggested that people adjust their tactics accordingly.

With EA focusing on making players’ movements more realistic across their entire slate of games, NHL 19 has the added the challenge of trying to replicate skating across a sheet of ice. But the developers have done a rather remarkable job of making significant improvements in this important area, allowing much more control and responsiveness from your inputs. Whereas last year’s game too often had your player appearing slow and sluggish, NHL 19 now has you feeling the impact of every stride, whether you’re speeding down the ice on a breakneck rush or making a tight turn to try and get back into the play. Skating is the absolute foundation of hockey and we’ve seen mediocre approximations of all its complexities in the past, so it’s refreshing and encouraging to find it working this smoothly in the NHL 19 beta.

The bane of everyone’s experience in NHL 18, picking up the pick when you’re skating close by it, has thankfully been adequately addressed in NHL 19 to the extent that there are now only rare instances where you feel like you were cheated out of coming up with the puck on your stick. This is a far cry from the regular frustrations of last year and a relief to anyone who feared this persistent bug would continue to hinder the series for yet another year.

One of the drawbacks in NHL 18 was the way your player would level up in EASHL but you would never really see anything in the way of rewards for your efforts — other than just a higher number next to your name. In NHL 19, however, there’s plenty of compensation to be found within The World of Chel in the form of hockey bags that can then be opened to obtain customizable clothing and equipment that you can use to set yourself apart from everyone else on the ice, ranging from funky pants to fancy parkas to different styles of hats. It’s hard to complain all that much about actually having something to show off for your efforts now, but it’s also worth mentioning how some of the clothing can make it a little confusing at times in EASHL as to who is on your own team and who isn’t. This could perhaps be helped by making the differentiation between light and dark clothing a little clearer.

Perhaps it shouldn’t come as any surprise, but the new Ones mode in NHL 19 is a wild and frenetic free-for-all whose mileage will likely vary according to tastes. As someone who values the team play and cooperative elements of hockey more, I found Ones to be a little too chaotic and redundant for my tastes. There’s only so much enjoyment you can get out of trying to collect a puck in the corner only to be bowled over by one of your two opponents (or both), or having one of those same cherry-picking opponents slip a juicy rebound by the goaltender right after your shot was stopped. But others seem to like how different it is from other modes, offering players a chance to show off their individual skills and work their way up tiers for rewards.

All in all, the NHL 19 beta was likely better than most people expected given the myriad issues from NHL 18 that needed attention and has most hockey fans more excited than they’ve been in some time for the next entry in the series. There will likely still be some fine tuning with the poke-check mechanic to find the perfect balance, but the implementation of RPM and better puck pick-ups are encouraging signs that developers have been focused on the issues most in need of improvement. With a little helpful feedback from the community, this could be a rare year where the game grows in leaps and bounds rather than the incremental progress we’ve become accustomed to seeing.