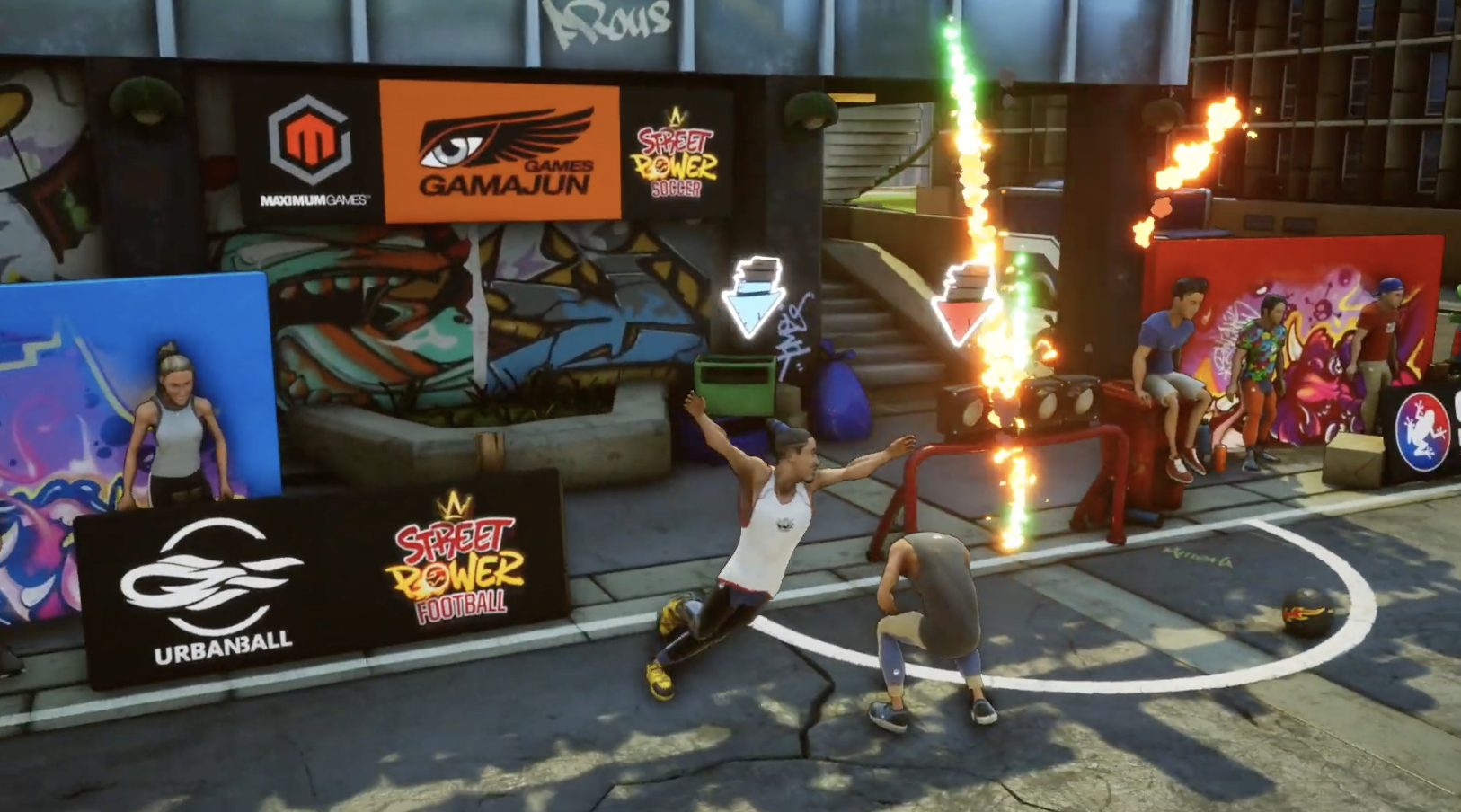 The 1v1 mode is played on half of the playground, with two teammates from each side on the bench. Each time a goal is scored, the opposing player is eliminated and must leave the field, with another teammate subbing in, until the losing team has no players left.

If you get the ball in elimination mode, you have 10 seconds to get to the goal and score, after that, the goal will close. The goal will re-open when you step outside of the penalty area or lose possession of the ball.