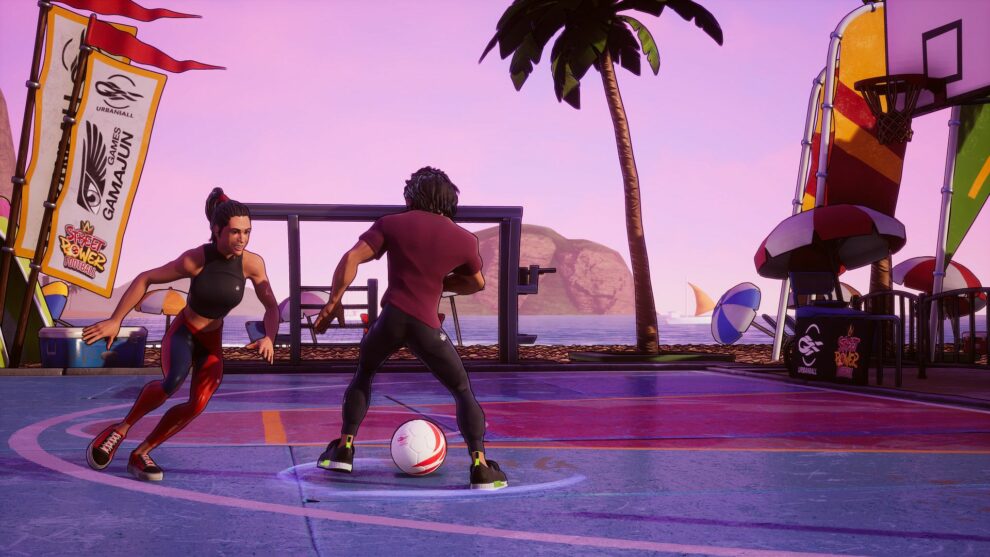 Trying to capitalize on the void left by games like FIFA Street and SSX, Street Power Soccer (Football) attempts to mix “sick style” with “high energy action” all under the umbrella of street soccer. Publisher Maximus Games is no stranger to the sports market with their main claim to fame being The Golf Club Collector’s Edition. However, after the disastrous Rugby 15, they have a lot of work to do to gain the respect of footy gamers worldwide. How did they fare? Let’s find out in this Street Power Soccer review.

This isn’t so much directed specifically at this game but it’s nice seeing video game publishers embrace fast, arcade-based footy. For as much as we love simulation here at OS, it’s nice to take a break from it and just have some fun. Besides, who out there doesn’t have fond memories of FIFA Street? Rainbow flicks, pannas, and all the tricks that only Neymar actually tries to pull off are at your disposal in this game. Even the nutmeg’s importance as a way of embarrassing your buddies is rewarding in this title.

With Madden 21 embracing these fun modes, I’m hopeful that we’ll keep seeing titles like this for years to come.

When a game’s soundtrack is one of its only redeeming qualities, you know what you’re in for (more on this later). Right off the bat, the game’s soundtrack booms with a catchy title song that got my head bobbing. The rhythmic beats from famed artists such as DJ Snake (most famous for his collaboration with Major Lazer for Lean On) and Black Eyed Peas fill the soundtrack and work well with the fast-paced gameplay.

Unfortunately, the best way to truly hear all of the songs Street Power Soccer has to offer is through its “Freestyle” mode, which isn’t worth the trouble considering the mode is anything but fun. 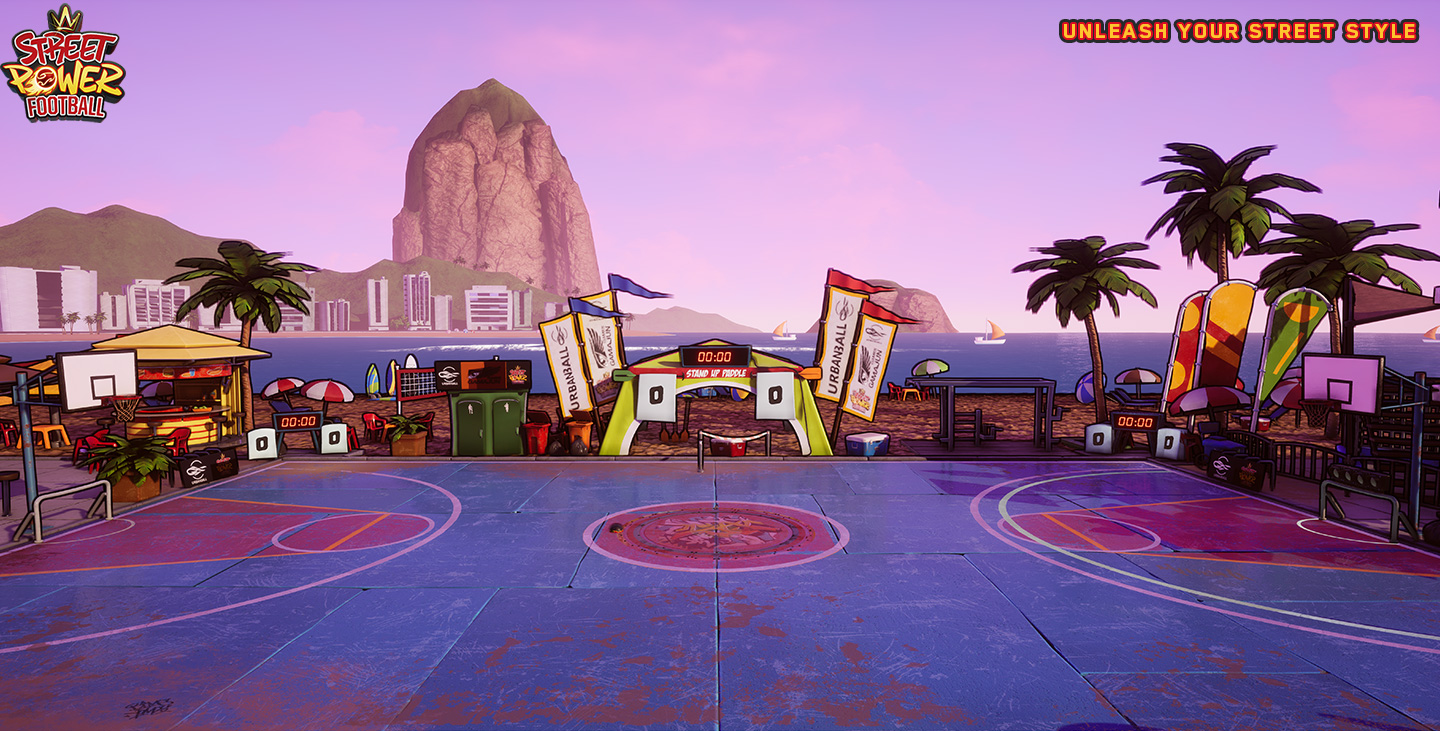 Visually, the playgrounds and backdrops are the best thing about the game when it comes to graphics. With around 14 different backgrounds to choose from, the game allows you to play in various cities, many of them home to some of the legendary street footballers that are licensed in the game. The art style comes together pretty nicely for what the developer was trying to accomplish and it features an officially licensed ground, the Red Bull Street Style World Championship stage. 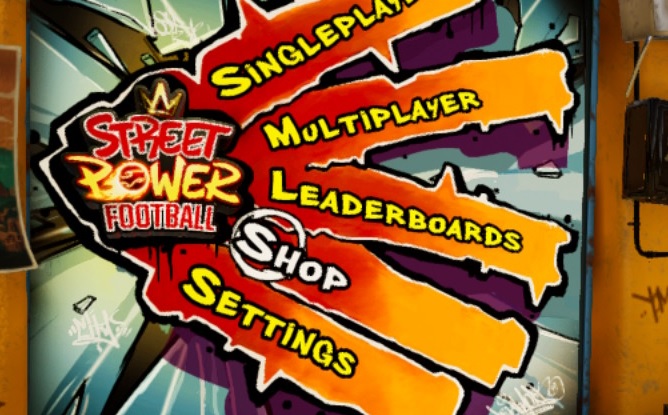 Right off the bat, the price of this game is too high. $50 for this game is an act of reading the room wrong and I would have instantly regretted spending that amount on this title. Even at half the price, I would say it’s priced too high.

To put it bluntly, navigating the menus for this game was extremely difficult. It doesn’t matter if it’s the main menu or sub-menus, all of them made me literally get out of my seat to get closer to the TV in an attempt to see what I was getting myself into. Between the graffiti-style font and the bad green screens, I had a hard time navigating the tutorial, which made it harder to learn the controls (there isn’t a button layout screen).

Perhaps it’s meant to be learned on the fly, but I don’t see many gamers sticking with it considering the learning curve can be steep and getting a feel for the controls isn’t really worthwhile because the gameplay isn’t that rewarding. 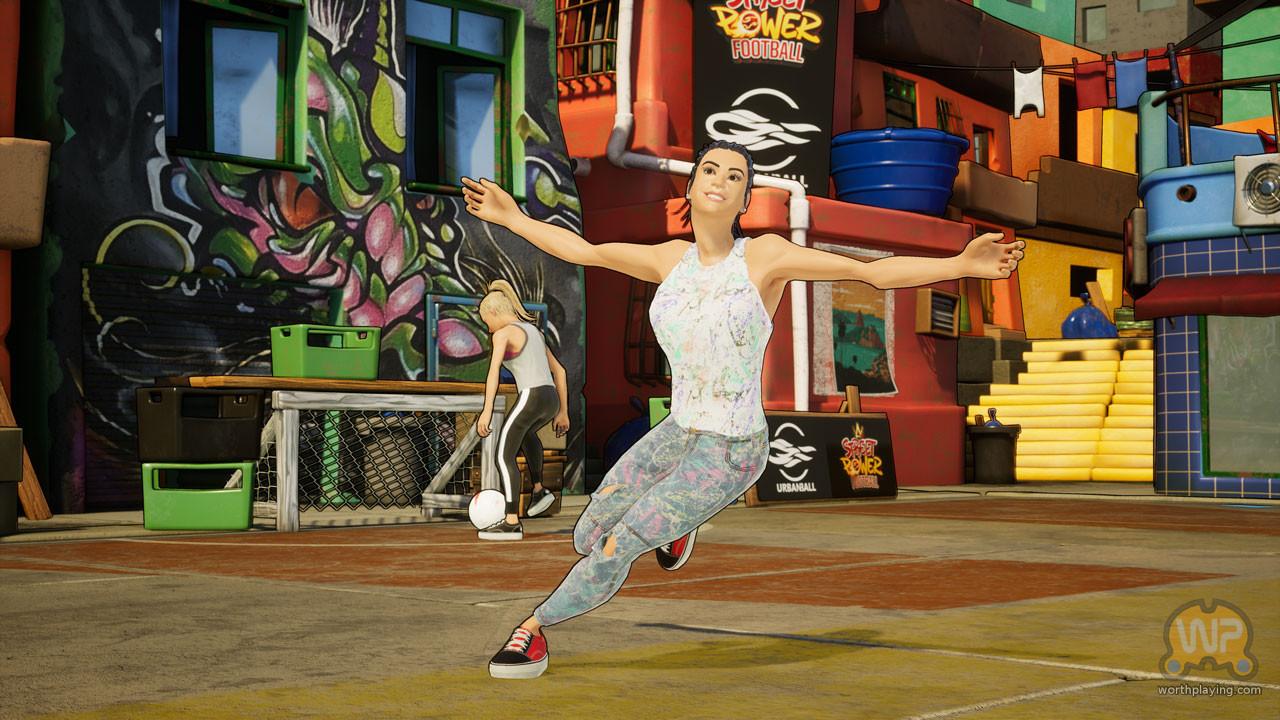 Looking like something from the PS2 era, Street Power Soccer is extremely rough around the edges visually. I touched upon the menus and backgrounds (again, the backgrounds are one of the few positives) already, but in motion it’s just poor.

Janky physics also do little to help the game’s cause even though the game does boast some shoes that sneaker heads like myself will enjoy (Adidas NMDs, for example). Overall, when it comes to graphics, the game looks poor whether it’s in motion or standing still.

I’ll give Street Power Soccer some credit when it comes to modes as there are a decent amount of them. However, once I got into them, nearly all of them came off as poorly designed. It gave me the impression that they weren’t too well thought out or executed.

There’s a dance/trick mode called “Freestyle” where you’re supposed to enter in Street Fighter-like button combinations to get your player to perform moves. It’s a pretty simple concept in theory, but once again the execution is lacking because the on-screen prompts are confusing, and you’re up against a timer that results in added pressure.

The game’s main mode, Street Power, is a 1v1, 2v2 or 3v3 experience that mixes street football with the occasional “special move” that usually comes off as gimmicky and is visually an eyesore.

Become King is the game’s story mode, akin to FIFA’s Volta. Unfortunately, it starts off with the Trickshot mode that in turn leads off with the tutorial. In trying to get into the main game, it took me nearly 20 minutes before I could even start a match as the Trickshot tutorial is poorly done due to sketchy controls that make completing these trick shots difficult, especially given the confusing on-screen commands.

Lastly, there’s an online multiplayer mode, but even that is rough around the edges and in my time with the game I couldn’t connect to a single online match.

I wouldn’t play this game again. From its terrible menus and confusing modes to poor green screens and not-so-helpful tutorials (seriously, it’s hard work to mess up a tutorial), the game is an absolute mess. It’s hard for me to get past the price, but I have to wonder if the price is a result of licensing real-life street players.

I try to keep my expectations in check for indie titles, but this one managed to limbo under them with the flexibility of a circus performer. If you’re in the market for street football mixed in with some dancing, stick to FIFA’s Volta or buy Just Dance and juggle a soccer ball in between songs.

Full disclosure: Maximum Games provided us with a review code for this game