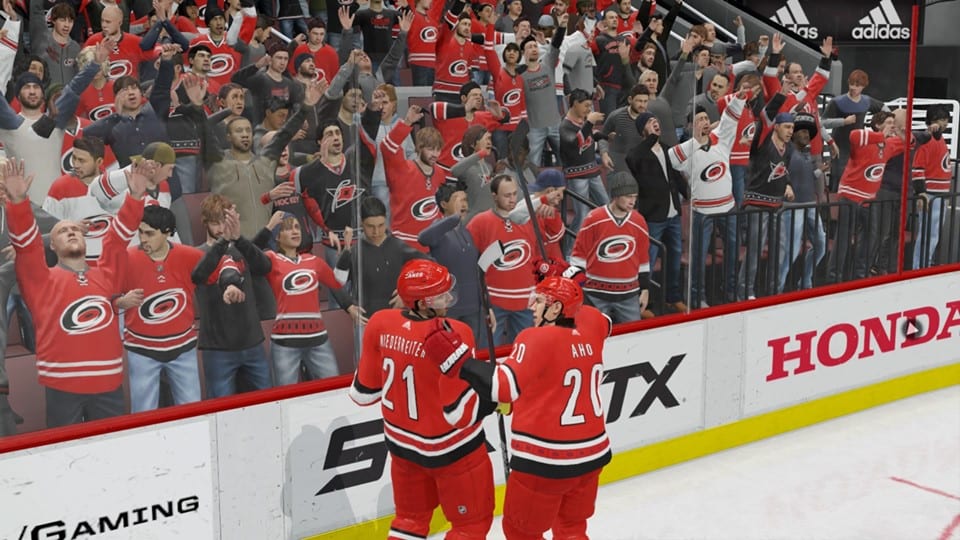 The 2019 Eastern Conference Finals features two deserving teams, a team tagged lovable “jerks”, and a team featuring maybe a single jerk. The lovable “jerks” the Carolina Hurricanes take on Brad Marchand and his Boston Bruins. The Boston Bruins are in their first conference final since 2013 while the Carolina Hurricanes are hoping to ride their momentum to their first Stanley Cup Final in 13 years. The Bruins won the season series two games to one with one of the wins coming after regulation. The Hurricanes/Whalers franchise and the Bruins have met in a playoff series five times in their history. The teams met most recently in the 2009 playoffs, where the Canes downed the Bruins in seven games.

Boston defeated the Toronto Maple Leafs in seven games (again) in round one. While in the second round they knocked off the Columbus Blue Jackets in six games. The Bruins got key contributions from their depth players in round one, particularly in Game 7. Brad Marchand had nine points against the Leafs and Tuukka Rask shined in Game 7. In round two, the Bruins “big guys” started slowly but by the end of the series were playing some of their best hockey of the season.

The Hurricanes, on the other hand, don’t always make the playoffs, but when they do they go on big runs. Since the NHL’s current playoff system was instituted in 2013-14, the Hurricanes are only the second wild card team to advance to the conference finals, joining the 2016-17 Predators — who went to the Stanley Cup Finals. The Carolina Hurricanes defeated the defending Stanley Cup champion Washington Capitals in seven games in a huge first-round upset. In the second round, the Canes swept in New York Islanders in four games. Starting goalie Petr Mrazek was dinged up in round two and his health is still up in the air for this round, but veteran backup goaltender Curtis McElhinney, who started and won Game 4 in round two, has had a fantastic season and is playing with all the confidence in the world.

Here’s What Happened: Boston Bruins defeat the Carolina Hurricanes in seven games.Inside The Series: Brad Marchand had nine points for the Bruins with three of them coming in Game 7. For the Canes, “Mr. Game 7” Justin Williams and Jordan Staal each had six points in the series.

The San Jose Sharks and St. Louis Blues have played five times in the playoffs, with the Sharks winning three of the series, including most recently a six-game victory in the 2016 conference final. San Jose’s only trip to the finals was also that season when it lost to the Pittsburgh Penguins in six games. St. Louis hasn’t been to the Stanley Cup Finals since 1970, when it was its third straight appearance. The Sharks won the season series against the Blues two games to one.

Forward, captain and emotional leader Joe Pavelski, who returned for Game 7 against the Avalanche, proved how valuable he is with a goal and an assist in the win. Forwards Tomas Hertl and Logan Couture are tied for the NHL playoff lead in goals (nine) and tied for first in points (14) with teammate Brent Burns (five goals, nine assists). Martin Jones has been lights out after allowing 13 goals on 80 shots in Games 1-4 against the Golden Knights. He’s 7-3 with a 2.13 goals-against average and .928 save percentage since, and was 4-3 with a 2.29 GAA and .916 save percentage against the Avalanche.

For St. Louis, Jordan Binnington is 8-5 with a 2.39 GAA and .915 save percentage while playing every minute of the postseason. He’s allowed two goals or fewer in each of his past three starts, and in eight of the 13 games. He is also a finalist for the Calder Trophy after going 24-5-1 with a 1.89 GAA (first in NHL), .927 save percentage (fourth) and five shutouts,

Alex Pietrangelo is leading the offensive charge from the blue line, but Colton Parayko could be the biggest factor in the conference final. In the first round, he was tasked with shutting down the Jets’ top line of Mark Scheifele, Blake Wheeler and Kyle Connor. In the second round, Parayko drew the Stars’ Tyler Seguin, Jamie Benn and Alexander Radulov in the matchup game. So, it stands to reason that Parayko is going to see a lot of Logan Couture in this round.

Inside The Series: The Sharks got a lot of offense in this series. Captain Joe Pavelski recorded eight points while Brent Burns and Erik Karlsson each had six points. Five other Sharks skaters recorded at least five points. For the Blues, their offense was shut down. Patrick Maroon was the only Blues skater to record more than one goal in the series.