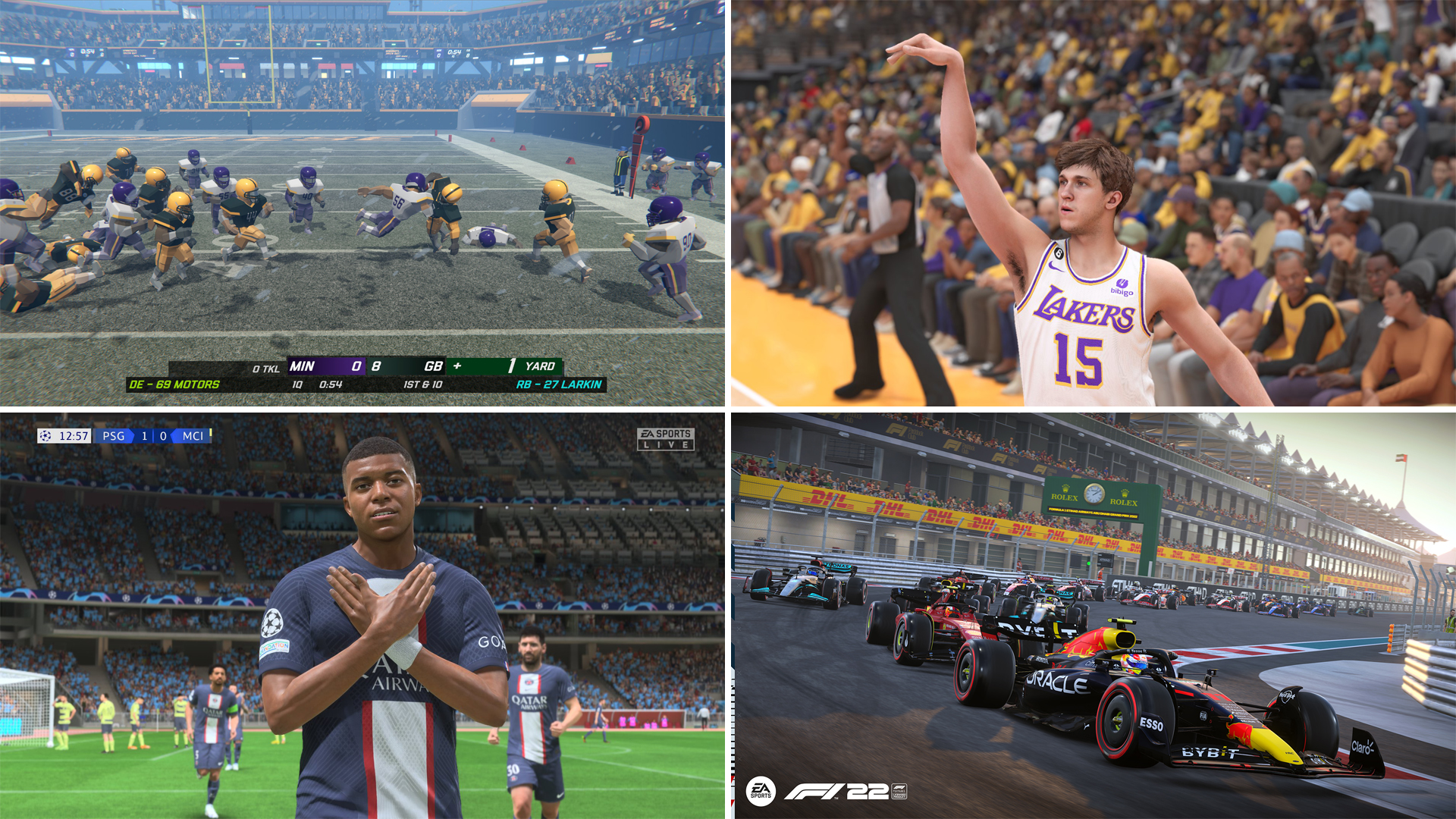 Every Sunday we get you caught up on the sports gaming news you might have missed during the busy week. This week we have our 2022 Game of the Year Awards, patches and more. 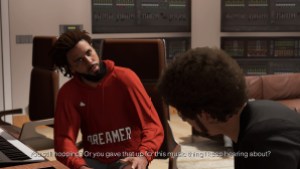 During the course of your NBA 2K23 MyCareer, you’ll have the opportunity to explore opportunities and passions outside of the basketball realm. From fashion to skateboarding, there are a variety of quests to keep you busy performing tasks and watching cutscenes. The life of an aspiring musician is one you’ll have the ability to lead. During that phase, you can answer music trivia questions and record tracks to show off your rap skills on the mic along the way. Should you choose to fulfill your musical passions, you’ll inevitably cross paths with recording artist and semi-professional basketball player (holler at the Scarborough Shooting Stars) J. Cole. In the “It’s A Cole World” quest, you’ll have your rhyming talents put to the test in a series of challenges. 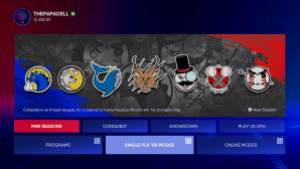 It is officially 2023, which means MLB The Show 23 is getting closer by the day. Now that the confetti has fallen, it’s time to get back into our look back at MLB The Show 22. Previously we talked about all things content and discussed the pipeline for said content in the form of programs. To start off the new year, we’re going to look at the game modes found within Diamond Dynasty.

One of the weakest aspects of Diamond Dynasty has always been the lack of real modes for offline players. The narrative often cycles to the idea that Diamond Dynasty is an online-focused experience, which certainly holds some truth. But the game also offers an offline element that makes it a part of the package. The offline-suite within Diamond Dynasty has been embarrassingly barren for years, and SDS appeared ready to shift that narrative with MLB The Show 22. 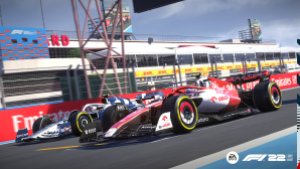 Coming into 2022, the racing genre was already enjoying a moment in the sun. A genre that just a couple years ago felt like an afterthought at best and almost abandoned at worst came off a 2021 that included winning the game of the year award here on OS. Forza Horizon 5 was our Sports Game of the Year in 2021, and this year both simulation and arcade-style racing have continued to enjoy a rebirth, which has provided some excellent competition for the racing game of the year. With that said, the Operation Sports Best Racing Game of 2022 goes to F1 22. 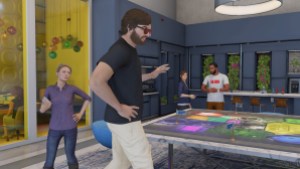 When comparing specific aspects of sports video games, one game’s superiority can sometimes have more to do with how little the other games are doing rather than how much the best of the bunch is really innovating. This bears some truth when considering the crop of contenders for the top career mode of 2022. NBA 2K has been the alpha dog in this department for years now, overcoming its reliance on microtransactions by continuing to tweak the storyline of becoming an NBA player and competing online with others. Headed into this year, the familiar question was which of MLB The Show 22, NHL 23, FIFA 23, or Madden 23 were going to be able to shorten the distance and possibly contend with NBA 2K. Well, in our eyes none of those games were able to pull it off, and thus the Operation Sports 2022 Award for Best Career Mode goes to NBA 2K23 MyCareer. 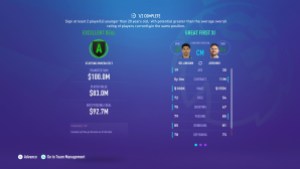 It’s not quite “silly season” as the January window is where clubs try to acquire players ahead of the summer before the rivals can swoop in and take a player in high demand. It’s usually a window associated with overpaying, even though the true value of a player isn’t determined until they get some matches under their belt. Even though this “January plus-up” isn’t factored into FIFA 23, it’s still proving to be a good measuring tool as to whether or not the financials make sense.

In this article, we’ll explore two signings to see who won the deal, FIFA 23 or real life. 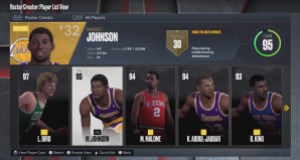 Deciding on the “biggest win” is always sort of tricky because it’s a little less tangible than our other awards. It’s a little bit of a “vibe check” award as much as anything, but I believe that’s also why it’s fun to discuss. We thought some of the biggest wins this year included the NBA 2K23 MyEras mode, racing games continuing to rule, multiple golf games being in our future, and MLB The Show 22getting to the Switch. There were others in there as well, but those four sort of ended up being the ones worth debating about.

The staff discussion was very close and did come down to a single vote. We have multiple staff members who love golf and just love the idea of having 2K and EA squaring off again in any sport. There has been a role reversal with Tiger Woods now being on Team 2K and 2K/HB Studios being the market leader, but there is no question EA still has a window to compete whenever they end up releasing EA Sports PGA Tour. That said, we still ended up leaning towards the MyEras mode in NBA 2K23 as our selection. 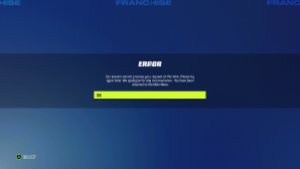 Evaluating the year in disappointment is bound to include an array of missed opportunities and dashed expectations. In 2022, we saw a couple of big sports games delayed by EA, with both the College Football and PGA titles pushed back until 2023. The prevalence of microtransactions only worsened, as card-collecting modes like Madden Ultimate Team and NBA 2K‘s MyCareer made them practically a necessity if you wanted to be able to keep up with the meta. Anyone who was expecting some drastic improvements with MLB The Show 22 likely ended up feeling letdown by the subtlety of its changes. Still, there was one game mode that stood head and shoulders above all others in 2022 in terms of how much it managed to disappoint. Of course, we’re talking about the Madden 23 franchise mode and its many issues. 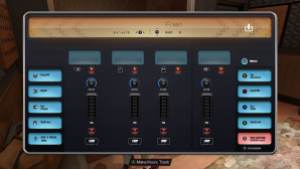 NBA 2K23’s MyCareer is one of the best features in the game. Hitting the court with your customized player and building up your attributes at your own pace can be quite a thrill. You can take the no money spent route (NMS) like I did, or you can throw money into purchasing VC. For me, the NMS route was slow and arduous and required me doing a lot of quests in The City.

My time in The City has left me feeling conflicted. On one hand, there’s a lot of really dumb side quests you end up doing, but they reward you with VC to upgrade your player. On the other, I can’t help but feel a callback to Tony Hawk’s Underground with how The City and the quests are presented. I’m not just saying that because you can ride around on a skateboard with terribly designed controls and physics. There’s just something about the open world and the quest chasing that brings back fond memories of Underground. 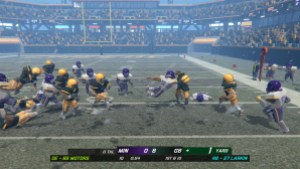 When it comes to “alternative” sports games, we basically treat this category as anything that would be considered indie or simply off the beaten “sim” path to a major degree. Perhaps you could even call them “arcade” games in some contexts, but it’s become harder to really define this category one specific way, so we basically treat it as the way to talk about any games that might get missed elsewhere. In 2022, it was a relatively strong showing for some of these smaller games, and this has been a trend the last couple years as more developers get their games to Steam or early access in some fashion. Sunday Rivals certainly goes in that bucket since we had followed it for multiple years before it finally got a true release date in 2022. 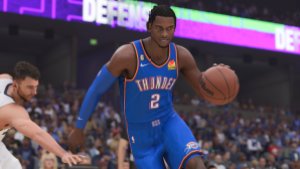 The vote this year for the Best Franchise Mode in 2022 was a landslide. This should not be a shock to most, but our staff pick goes to NBA 2K23 MyNBA. The addition of MyEras was enough of a leap to secure the win on its own, but when also considering the fact that NBA 2K‘s franchise mode does more than any other console franchise mode by far, it made the choice that much easier. As of now, none of the other major players are on its level, and that gap only grew in 2022.

It pains me to say this, but NBA 2K23 was the only franchise mode that seemed to take fans seriously this year — again, at least among the major titles. Everyone else mostly spun its wheels or crashed and burned in spectacular fashion. I don’t mean to say no other developers are trying out there, but the steps they’re taking are not good enough. On the other hand, while no one is going to say 2K’s franchise mode is perfect or without bugs/issues, they at least try to push the mode forward. 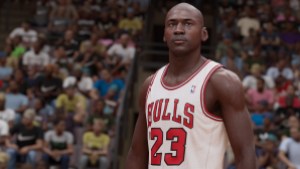 There was not much debate needed this year for the Best Sports Game in 2022. Last year, it was fun to argue about which game deserved to win, and it was a 3-4 game race between F1, Forza, NBA 2K, and MLB The Show. We did end up going with Forza Horizon 5 as the choice, and that was unique for the site, which was cool. However, the debates this year were more like, “we all agree NBA 2K23 is the winner, yeah?” That says something about the state of sports games in 2022 for sure, but it more points out how dominant NBA 2K23 was in general.

It dominated our awards races, and so it’s just a given that it would also take home the top prize. It’s the most well rounded game this year by a sizable margin, and the only real top-to-bottom competitor might be F1 22. Every other game just has a major shortcoming this year. With NBA 2K23, outside of the usual terrible microtransactions, maybe MyTeam is the one area where the game sort of stumbled. But even there, it’s more like they just decided to cater to new players more than anything with the content.

Best Alternative Sports Game In 2022: Sunday Rivals
When Do You Get 'Rosteritis' in Your Franchise Mode?