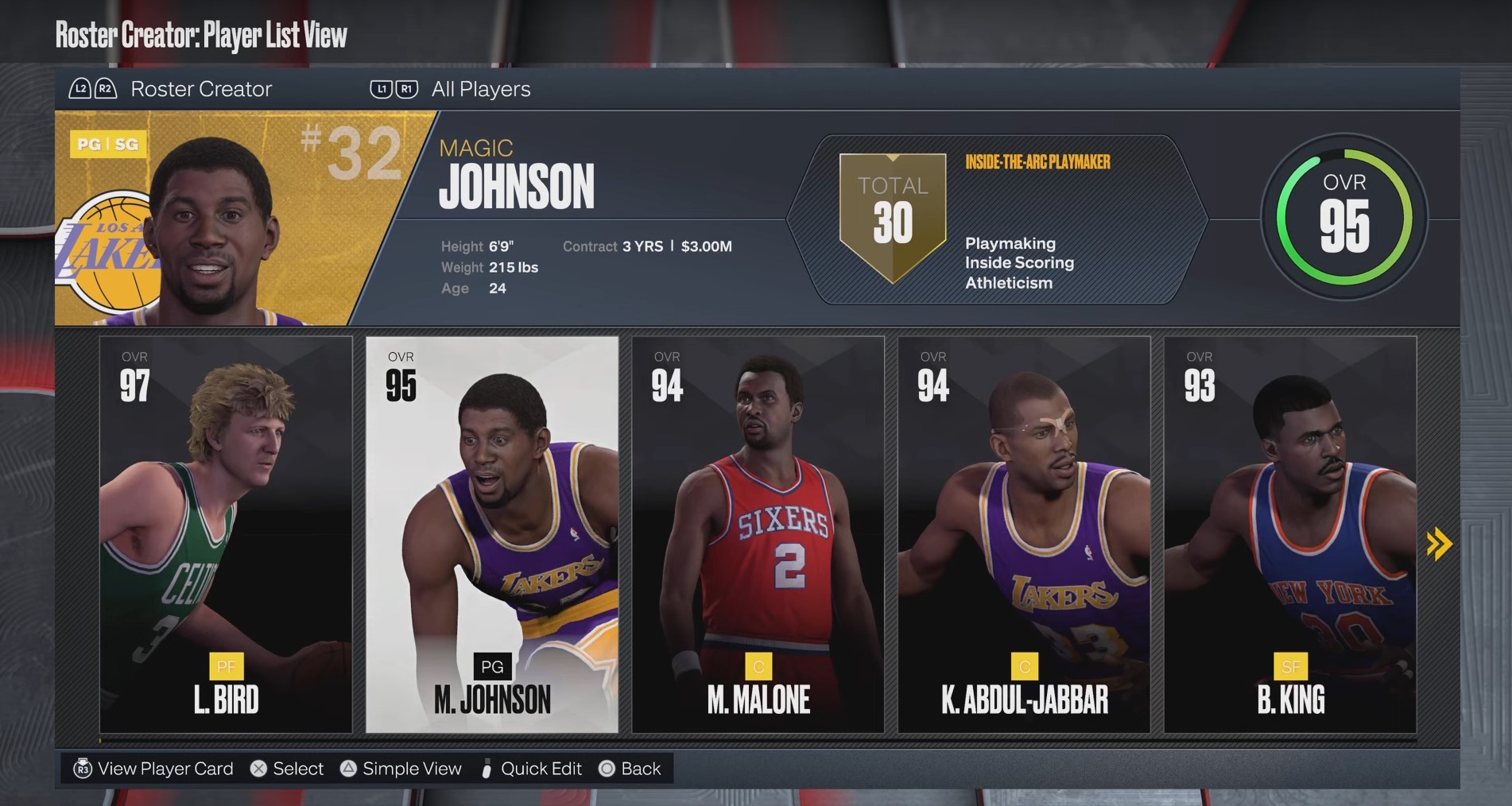 Deciding on the “biggest win” is always sort of tricky because it’s a little less tangible than our other awards. It’s a little bit of a “vibe check” award as much as anything, but I believe that’s also why it’s fun to discuss. We thought some of the biggest wins this year included the NBA 2K23 MyEras mode, racing games continuing to rule, multiple golf games being in our future, and MLB The Show 22 getting to the Switch. There were others in there as well, but those four sort of ended up being the ones worth debating about.

The staff discussion was very close and did come down to a single vote. We have multiple staff members who love golf and just love the idea of having 2K and EA squaring off again in any sport. There has been a role reversal with Tiger Woods now being on Team 2K and 2K/HB Studios being the market leader, but there is no question EA still has a window to compete whenever they end up releasing EA Sports PGA Tour. That said, we still ended up leaning towards the MyEras mode in NBA 2K23 as our selection. 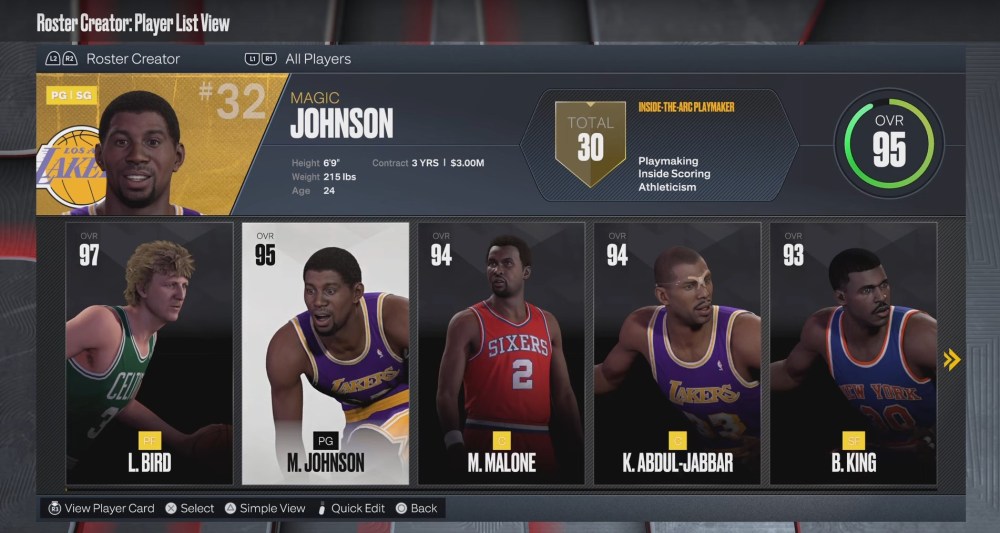 In terms of the “vibe check” element, MyEras won for two main reasons. The first is that we’re desperate for anything that freshens up franchise mode and puts a new spin on things. With this mode, we got to replay classic times in NBA history with rosters, overlays, and much more that couched us in a specific era all over again. In a year where most other franchise modes were either stale or went backwards, you’re going to get extra points for standing out. You get even more points for putting in all the presentation touches on top of having relatively impressive rosters for the three eras.

The second reason this mode won was because it was a genuine surprise. For many years at OS, a lot of roster creators put in a ton of effort to create these era-specific rosters so we could play out these sorts of fantasy leagues. For 2K to take the lead here and give us a base that’s so much further along than anything most of us could do (at least on consoles) means creators could build even more impressive universes now. It was a win for the community on multiple fronts in that way, and it was something we had not really seen before in any major sports game.

There are plenty of other reasons why MyEras was selected here, but tapping into nostalgia while also teaching people about basketball they might have missed out on was one of my main reasons for picking it. The NBA has a rich history with a ton of amazing players and teams, and so it’s just in everyone’s best interest to learn about the past. People who never watched Moses Malone attack the glass now get to experience that in some fashion as they scream at the TV to “BOX OUT!”

Everything old is new again rings true here and that’s why NBA 2K23 MyEras mode is our pick for the Biggest Win in 2022. 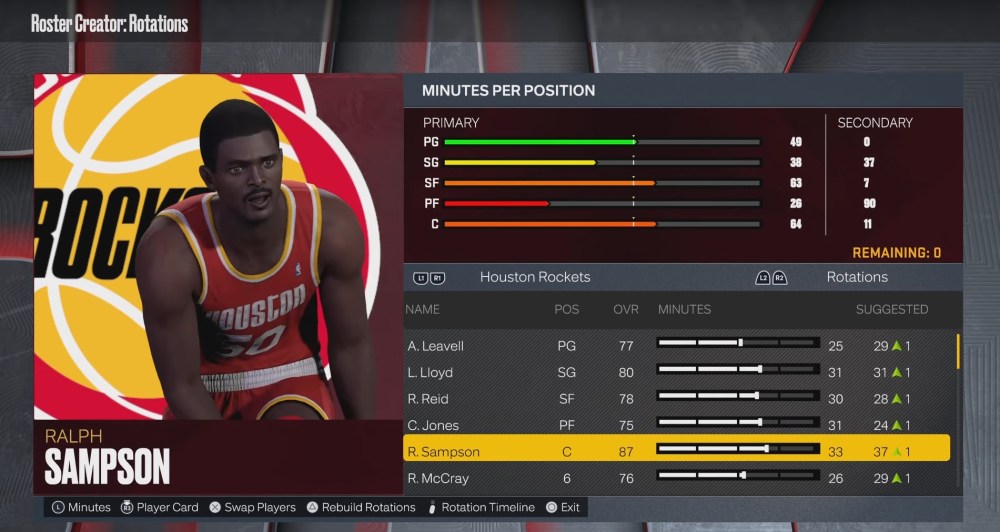 The community vote here amounted to the largest margin of victory in any of our categories. The NBA 2K23 MyEras mode walked away with 60 percent of the vote, and in a distant second was racing games continuing their strong run in 2022. Again, this was not surprising considering what our community is about. If you just head to the forums, it’s easy to see what remains popular. Whether it’s new rosters, or people swapping stories about MyEras, or people talking about who has been destroying them, MyEras is a fun conversation topic.

In an era where it’s hard to find fun things to talk about within franchise modes a lot of time, any chance we get to do just that is a relief. 2K Sports seems to be hinting at continuing the MyEras trend moving forward, and it’s something we would love to see in other sports games as well. Of course, other sports games have more work to do to make their base franchise mode decent, but it does not mean we can’t be hopeful here at the start of 2023.