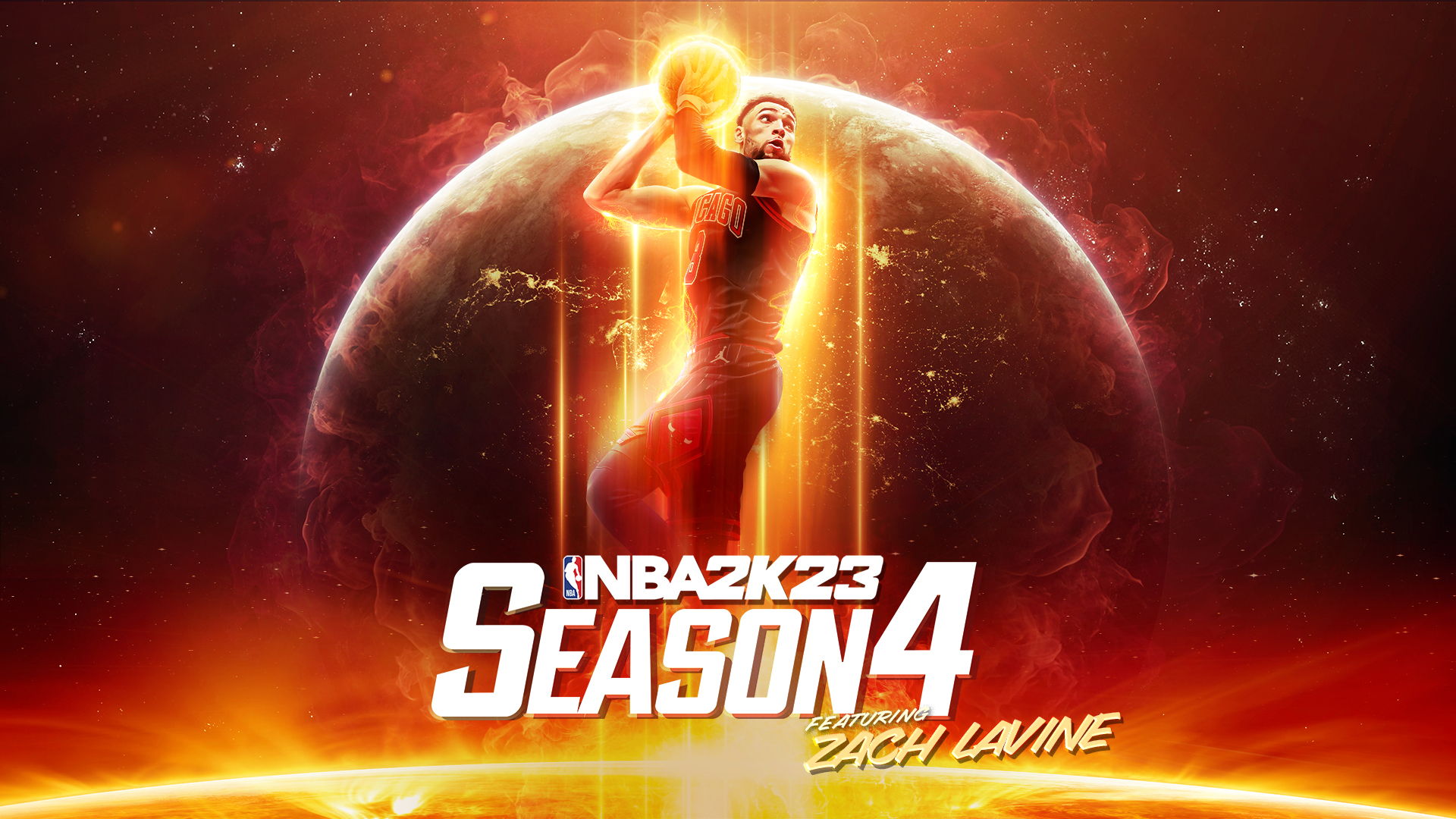 2K revealed NBA 2K23 Season 4, featuring new content coming to MyCAREER, MyTEAM and The W, arrives on January 13. Season 4 also includes 10 new tracks from Soulection artists that will be featured in the soundtrack and at Club 2K.

Of course Eras Quick Play is also on the way, just in case you missed it.

When Season 4 arrives, players will be able to jump into a quick game featuring one of three historic Eras— Magic vs. Bird, Jordan, or Kobe—and play with a legendary team. All of the era-specific broadcast elements and video filters will be present, making it feel true to the time. Pick from the Showtime Lakers, Iverson’s Sixers, Isiah Thomas’ Bad Boy Pistons, and more. Going back in time has never been easier.

In NBA 2K23 Season 4, Chicago Bulls’ All-Star Zach LaVine takes flight into the new year with the destination set for the NBA All-Star game. This season will deliver All-Star caliber rewards and content in The City (PlayStation 5 and Xbox Series X|S) and on The G.O.A.T. Boat (PlayStation 4, Xbox One, Nintendo Switch, and PC).

Season 4 kicks off this Friday 🌌 @ZachLaVine

For more details on NBA 2K23 Season 4, check out the latest Courtside Report.