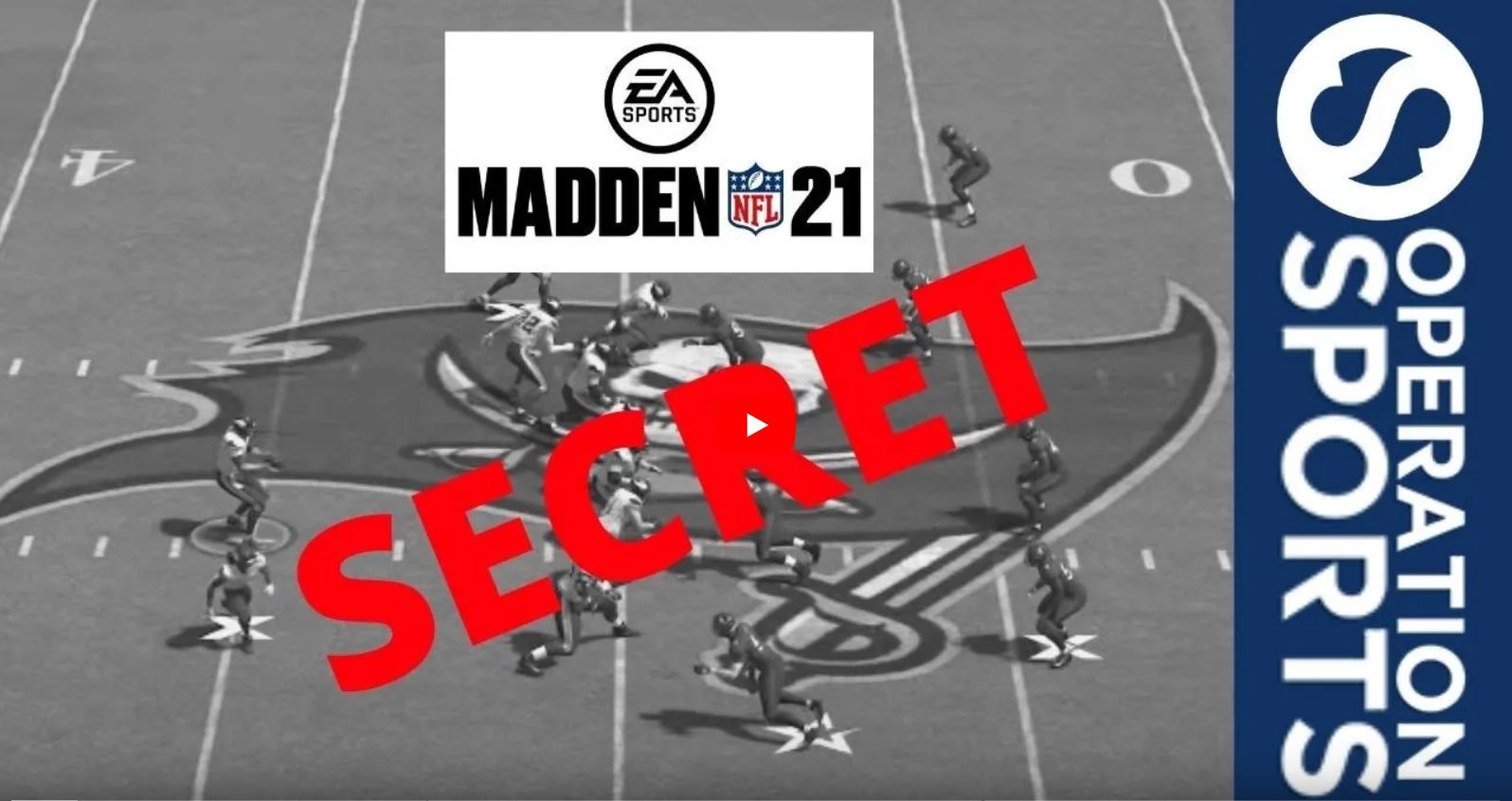 We have talked about this secret broadcast camera in Madden 21 before, but we wanted to put together a fresh video about it now that there’s a new console generation that’s started. We figure it’s a good time to put this back on everyone’s radar — including EA’s — and hope that more custom cameras come to Madden in future years.

I’m also going to include my script for this video in case anyone would rather read about this camera, how to use it and how to make it better rather than just watch. (But, hey, even if you just read the script, please still like the video and subscribe to our YouTube channel to be a true pal.)

We recently posted a graphical comparison video between next-gen Madden and current-gen Madden, and in that video I used a camera view at certain points that’s not technically in the game to showcase the graphics.

That camera is basically a hacked together broadcast cam that a lot of us at Operation Sports use in order to have a more playable broadcast camera since the default broadcast cam in the game is too focused on just the ball to work for most passing plays. It works for running plays and on defense if you don’t play too deep in the secondary, but passing plays makes it tough.

Obviously, this is also a weird view to play from if you’ve played Madden forever from the normal default-behind-the-QB camera, but this view is somewhat like the broadcast cam you always watch on TV (just more zoomed out), and I think it makes Madden look more impressive graphically. 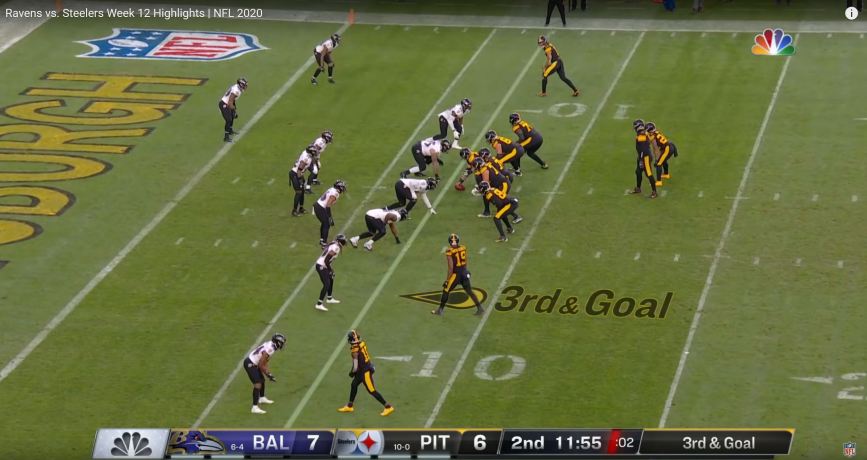 The hope on our end is that this camera will only get more impressive if we get more animated sidelines where players are cheering you on and the crowd gets even more unique on next-gen consoles.

On top of that, I’ve also just found it to be an enjoyable way to play the game overall. You see things in a new light in a lot of respects — not unlike a game like NBA 2K where you can flip between the 2K cam and broadcast cam and notice some new passing and driving angles there.

A lot of people in that Madden comparison video also asked me about how to play from this view, so I want to show all of you how you can play from this camera on current-gen Madden and next-gen Madden. After that I’ll talk a little more about the camera itself, but this is a tutorial first and foremost.

Also, one last thing before hopping into it, I do want to shout out Ram209 who has the original video on this topic — at least it’s the video I watched way back when since this hack has worked in Madden for years — and then folks on OS like Cam Fan and Mike Lowe who discuss it and showcase it to this day. Also, TheBleedingRed21 likes to show off the Madden PC mod scene and the cameras coming out of there, and the PC is where a lot of these cool ideas come to fruition in less hacked-together ways due to the fan-made mods. I’ll post links to a lot of this stuff below because this is a collaborative effort.

With that said, here is how you can play from this hacked broadcast camera

It’s pretty simple, but there’s a couple steps you’ll need to get into muscle memory to get it going consistently. There’s also a couple catches which I’ll get to as well, but let’s start with the basics.

As you come to the line of scrimmage, the simplest way to make this work is:

So, what this does is open up deep balls and the full field more than is possible with the normal broadcast cam.

Now here are the exceptions that will trip you up:

I already mentioned the time frame since this hacked camera will always slowly return to the normal broadcast cam if you don’t press hike.

The next thing is built-in motion on plays will delay the actual snap of the ball, which means the camera will continue to zoom in during that delay. So just understand the zoom continues to happen on some plays even after pressing hike because of the built-in motion on some plays. This can mess you up in theory if you want to look deep on a play but the built-in motion sort of stops you from being able to identify the deep coverage after the snap because the camera zoomed in too far while you were waiting to hike.

This player lock concept does not work on defense or special teams, which is a bummer. You will never get the zoom out like you would on offense. So, if you are playing safety or something, it’s pretty hard to do this view unless you’re down inside the 20-yard line where the normal broadcast camera being so zoomed in does not matter as much because you can still see all of the field. So, this is an offense-first camera view, and everything else you’re back at the mercy of the normal camera options.

You also can’t player lock the same player two times in a row on the same pre-play. If for some reason the player lock trick does not work and you just get a normal broadcast camera, you’ll need to player lock a different player from there and try again

Lastly, if you do not let the camera zoom all the way out on the initial player lock, you’ll get a fast zoom in and that’s not what we want here.

How To Improve This Camera Moving Forward To Madden 22

And, yeah, that’s about it. If you just wanted the tutorial, feel free to bounce now. But I do want to say a few more words about this camera and really make a plea once again to EA to put something like this in the game — either by giving us a custom camera — or just making this hacked camera an option. My thought on how to make it work as its own camera would be just keep every player on the field on screen at all times. Instead of having a key zoom on just the football, you would change the angle and zoom based on keeping everyone on screen, which means basically zooming out as deep routes head down the field or when you need to keep safeties on the screen.

Running plays pretty much work by just keeping an eye on the ball, so maybe you don’t need to change the key zoom there and can just focus on keeping the ball carrier in the picture, but if this camera is going to be used in multiplayer, you maybe can’t make that exception because the camera not zooming out would give things away on play action and so on.

Now, ideally, we would obviously just have a custom camera so we can do even more than just this one camera — plus it’s mostly standard practice at this point to have more camera options than we do in Madden anyway — but since this camera is more particular in terms of the zoom changing to keep all the players in the picture at all times, it might be better served as its own camera worked on by developers since they have better tools than we would on console to control these factors. On PC, that might be another story due to the mod community, but I’m not going to talk about that here.

And my selling point for why EA should create this camera is simple: This tweaked broadcast cam is closer to what you see on Sundays and sells the game in a way that I think is intriguing to people who see it randomly who maybe don’t play Madden. Football on TV is not like what we see in Madden in terms of the playable camera view, and I think that matters when trying to get people to play a sports game.

The controls are the one tricky part because they’re not camera relative, so when you now go side to side in a broadcast cam rather than up and down in the traditional Madden view, you’ll still need to move your analog sticks like you would if you were playing from behind the QB. However, that’s a relatively easy change to make by EA if they make this curated broadcast cam a thing — 2K developers do this with 2K cam vs. broadcast cam as you can either have “camera relative” or “absolute controls” so it’s not a crazy ask to make.

But yeah, in short, at a time when most sports games are trying to make their playable camera view more like what we see on TV, Madden should now provide the same options in Madden 22 and beyond.