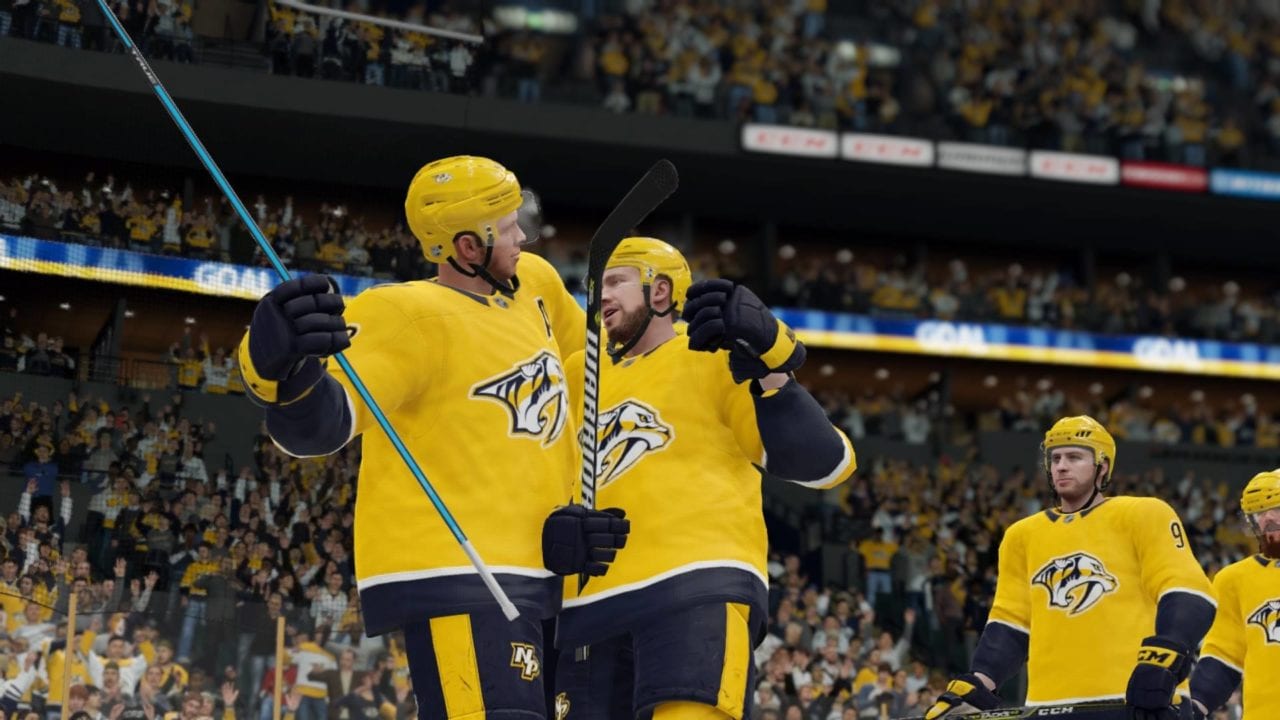 The 2019 NHL Trade Deadline has now come and gone, and as always it was busy. Here is a look at my winners and losers from this years deadline.

1. Nashville Predators – What wins in the playoffs? Goaltending and special teams. Nashville now has both. With the additions made via their deadline-day trades, it’s clear they’re gearing up for another run at the Cup this year. The Preds first acquired forwards Mikael Granlund from Minnesota and then Wayne Simmonds from Philadelphia. Both players will give a huge boost to a power play that has struggled for most of the season. The Preds now have a very talented and deep group of players, most of which were part of their core that went to the finals two years ago. Forward Brian Boyle was also acquired a few days prior to the deadline to add even more depth. The Preds will be an extremely tough out.

2. Columbus Blue Jackets – The Jackets are 100 percent all in and going for it. The Jackets got two highly sought after forwards, Matt Duchene and Ryan Dzingel from the Ottawa Senators in separate deals. Columbus did end up giving up a bunch of assets, but in win-now mode it was necessary. Superstars Artemi Panarin and Segei Bobrovsky are rumored to be leaving after the season, but the Jackets have built this team very methodically for years to get to this point of being considered a team to challenge for the Cup, so going for it is really the only option. Also, this is fanbase who has stuck with this team for a long time even though the Jackets have never won a playoff series. In other words, they owe it to their fans to take a big swing here. The Jackets also made two minor moves. They acquired veteran defenseman Adam McQuaid, who is a Stanley Cup winner. Keith Kinkaid was also added from the Devils to boost their goaltending depth.

3. Winnipeg Jets – The Jets amazingly made seven trades on deadline day. Their biggest acquisition was acquiring Kevin Hayes from the rebuilding New York Rangers in exchange for a first-round pick in the 2019 draft, forward Brendan Lemieux and a conditional fourth-round pick in 2022. The Jets were definitely in the market for some scoring help with their top offensive threat Patrik Laine having a down season and Hayes should provide that immediately. Hayes could also add to the penalty kill as he has been a very effective player in short-handed situations throughout his career. Other additions: (F) Matt Hendricks, (D) Nathan Beaulieu, (F) Par Lindholm, (F) Alexander Broadhurst, (D) Bogdan Kiselevich.

Las Vegas Golden Knights/Mark Stone – The Golden Knights added Mark Stone and then immediately locked him up to an eight-year contract with an AAV of $9.5 million. The team and player both win here.

Tampa Bay Lightning – If it ain’t broke, don’t fix it. The Lightning are the best team in the league by double-digit points, already topping 100 points.

Ottawa Senators – Everyone knew the position they were in having to deal their top players. Ottawa even chose to sit their trade-bait guys so they could avoid injury. So, the fact that they were able to got solid returns in their deals in most people’s opinions is a win — albeit maybe a small win. 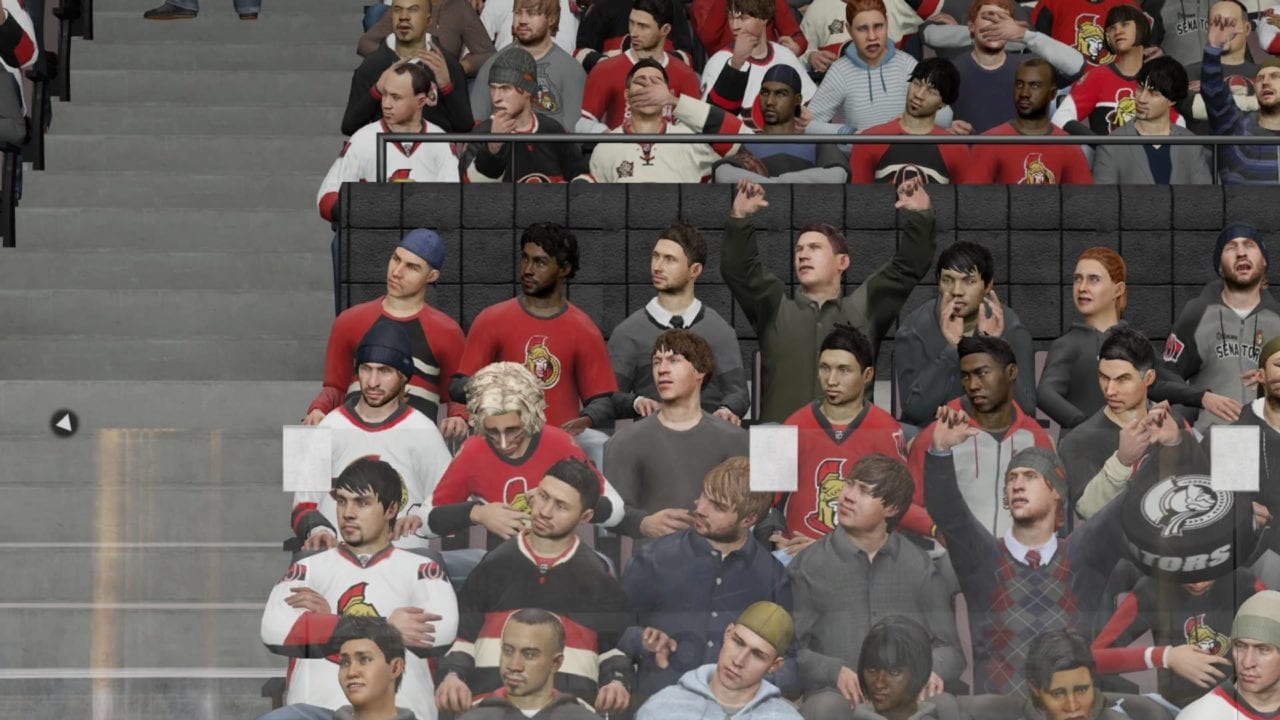 2. Calgary Flames – The Flames currently have the second most points in the NHL. No doubt Calgary is a contender as they are currently assembled, and yes, some rumored big deals supposedly fell through in the final minutes. However, Calgary really needed the addition of some secondary scoring help. Calgary could get that boost internally if their big offseason acquisition James Neal can turn it on come playoff time, but to date Neal only has five goals this season. In a season that has been this good for the Flames, an early exit in the playoffs would be a huge disappointment.

3. Pittsburgh Penguins – Pittsburgh is always going to be a dangerous team when they have Sidney Crosby and Evgeni Malkin. I wouldn’t be shocked to see those two somehow lead their team to another Stanley Cup Final. However, the chips may be stacked pretty high against the Penguins this year due to their current string of injuries. Trade Deadline Day would have seemed to present itself as a perfect opportunity to add some depth to help the Pens make another run but the Pens were relatively quiet. Pittsburgh did add veteran defenseman Erik Gudbranson and Chris Wideman from the Vancouver Canucks and the Florida Panthers respectively. Still, those two moves alone don’t really feel like enough to get the job done. The Pens also recently lost two more players to injury. The lack of depth could signal the impending doom for Pittsburgh this season.

Edmonton Oilers – The Oilers are another team who didn’t do anything of value during the deadline. Edmonton failed to add any help to their current roster in hopes of making a miraculous playoff push this year. Also, they failed to move any assets and acquire future pieces to help this team next year. On top of that, everyone is expecting a big shake up with this organization this offseason. Most definitely there will be a new general manager and most likely a new coach. However, when you have arguably the best player on the planet in Connor McDavid, you need to do whatever you can to help your roster win now. There is no point in wasting your best player’s prime years and certainly no excuse for missing the playoffs entirely in every year but one during McDavid’s tenure.