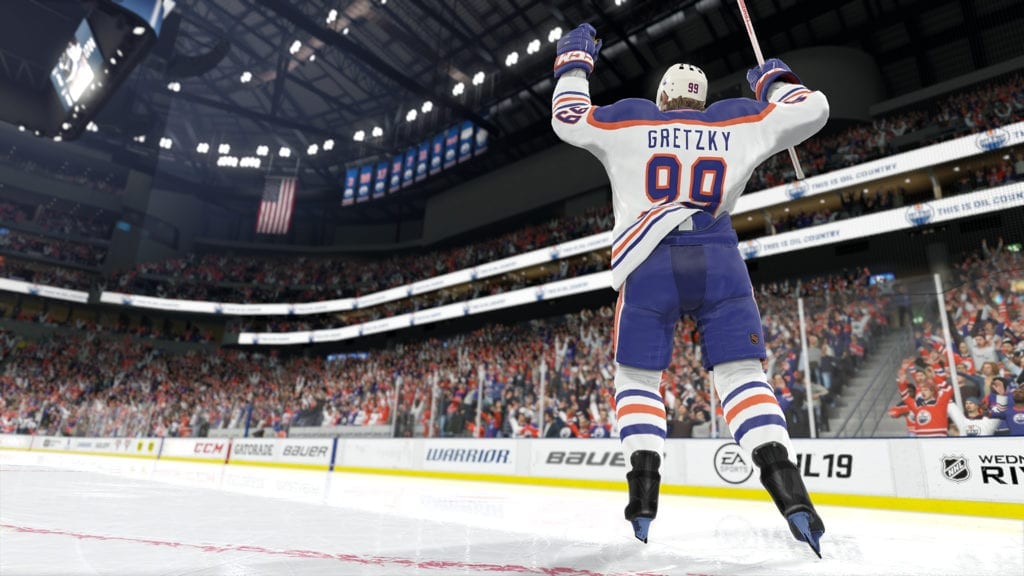 The latest hockey title from EA is gearing up for a return to the ice on September 14 with NHL 19. While it may not be fortunate enough to have the same kind of developmental resources or level of popularity as Madden or FIFA, NHL 19 seeks to improve upon a game that produced a fair share of gripes and grievances from its community last year. Luckily, it appears as if the development team has listened to those complaints, as first glimpses of the game’s new features and refinements have at least shown an understanding of where the game may have been lacking in recent years. Let’s take a closer look at what changes have people the most optimistic and what areas still leave some room for skepticism.

Just as EA has consistently struggled to accurately portray how real players move and accelerate in Madden, the company’s developers haven’t fared much better when ice is involved. The challenge in the past has been finding a way to combine fluid skating motions with the kind of hair-pin turns and abrupt stops that are an integral part of a hockey player’s movements. To remedy this, NHL 19 is introducing new Real Player Movement Tech physics that look as if they are at least getting closer to replicating some of the finer nuances of skating. This will also come into play when players collide with each other, as EA is touting a revamped engine that will take into account the size of the players involved as well as the angle of their collision, which should result in more dynamic and realistic body checks.

There’s a reason why The Great One, Wayne Gretzky, is on the cover of the Legends and Ultimate edition of NHL 19. Thanks to a new agreement with EA and the NHL Alumni Association, the game will boast over 200 legends that you can either play with or against. It remains to be seen just how exactly all of these legends will be incorporated into the game, but the thought of being able to finally utilize the mastery of someone like Gretzky, whether it’s in Hockey Ultimate Team mode or even just an offline pick-up game, is enough to make any true hockey fan salivate at the possibilities. The early word is that it won’t just be recent legends in the game, either, so here’s hoping for some goalies with old-school masks like Jacques Plante and Ken Dryden.

Those who love playing franchise mode in NHL 19 will be happy to learn EA is introducing a new scouting system that NHL 19’s creative director, Will Ho, has said is “deep enough to be a standalone product.” While one can’t help but wonder what a scouting system would even look like as its own standalone product, it does sound like it will be much more complex than it has been in the past. You will need to manage a slew of scouts, each with their own geographical strengths and weaknesses, and parse through each of their grades and reports to try and find the next superstar. To make it even more realistic, you won’t find out the true attributes of players you’ve drafted without bothering to scout until they’ve actually played a few games.

EVERYTHING ELSE IN FRANCHISE

Scouting may have received an overhaul in NHL 19, but it sure doesn’t sound like there will be much else that’s new to returning players within the franchise mode. Unfortunately, that’s not for any lack of issues that could have been improved either, as there were common complaints surrounding the absence of career statistics for players, a lack of customization when it comes to teams’ jerseys, and the fact that a season doesn’t even include the enjoyment of an All-Star game. It’s probably also worth giving an obligatory mention to the fact that the NHL series was the wrong kind of pioneer in doing away with its online franchise mode years ago.

For anyone who played NHL 18 after hearing EA’s claims that the game would include “seamless puck pick-ups,” all you could do was laugh time and time again when your player would skate right by the puck with hardly any effort made to corral it. Though creative director Will Ho asserts that they have “basically completely addressed the issue,” you can certainly understand a little bit of skepticism from a community that was just promised the same thing a year ago, only to then learn that puck pick-ups were closer to non-existent than they were seamless. Assuming that this aspect of the game has been drastically improved, it will go a long way towards enhancing everyone’s experience on the ice and reducing an all-too common source of frustration.

Admittedly, this is a matter of personal preference but based on everything I’ve heard so far about the World of Chel (including that name — I’m sorry, but I refuse to call the game Chel), it doesn’t sound as if it will be any kind of monumental innovation for the series. Yes, it will probably be novel to play some games outdoors on ponds, but there are too many elements here that either aren’t all that appealing to me or perhaps I just don’t understand them well enough yet. So…I earn hockey bags through competing, and then I can redeem those hockey bags for a pair of plaid pants or maybe a sweater I can wear in games? Also, I’m not sold on the idea of a 1-vs-1-vs-1 free-for-all mode being all that fun for someone who enjoys and appreciates the team aspects of hockey. However, I am perfectly comfortable admitting I may end up eating my words on this and learning to love it once I give it a shot. But as a self-respecting adult above the age of 35, I’m still not calling the game Chel.

By all appearances, it certainly seems as if this is a year where EA has focused on fixing up some of those nagging gameplay issues rather than trying to get too creative. World of Chel is likely to appeal more to newcomers to the series in the hopes that it will serve to slowly educate them on all of the different aspects of hockey before eventually having them graduate to the 6-vs-6 EASHL. But if these tweaks and updates to the core gameplay manage to effectively fix some of the issues, like skating and physics that have plagued the series for the last few years, then that alone could make NHL 19 worthy of a purchase.