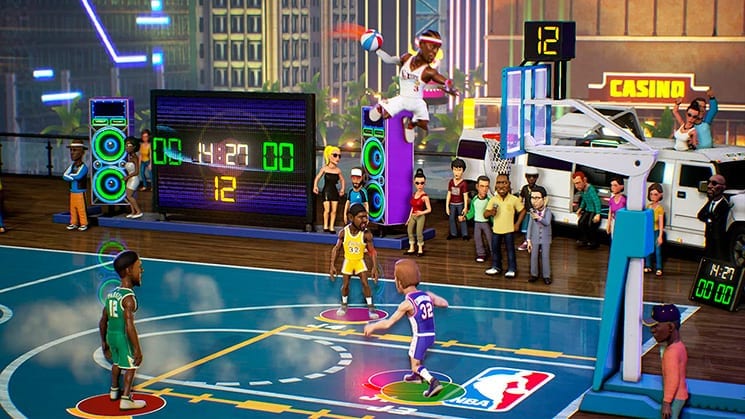 The enhanced edition of NBA Playgrounds is available now for the Nintendo Switch, featuring all of the free post-launch content that has been previously released on other platforms. This includes over 100 new players from different eras (including Tim Duncan, Julius Erving, Steve Nash, and Manu Ginobili), second team jerseys, a three-point contest mode with online play, revamped rebounding system, and more. The game is currently discounted 50% at $9.99, through January 18. For those of you that already own the original NBA Playgrounds, you can download it for free.

NOTE: The new edition of NBA Playgrounds is a standalone title separate from the original version of the game and must be downloaded independently through the Nintendo eShop (the upgraded edition can be identified by a golden frame around the game’s icon in the eShop). Players can safely delete the old version of NBA Playgrounds after downloading this upgraded edition but should be careful not to delete their existing game saves, which will be automatically converted and playable in the upgraded version of the title after installing.