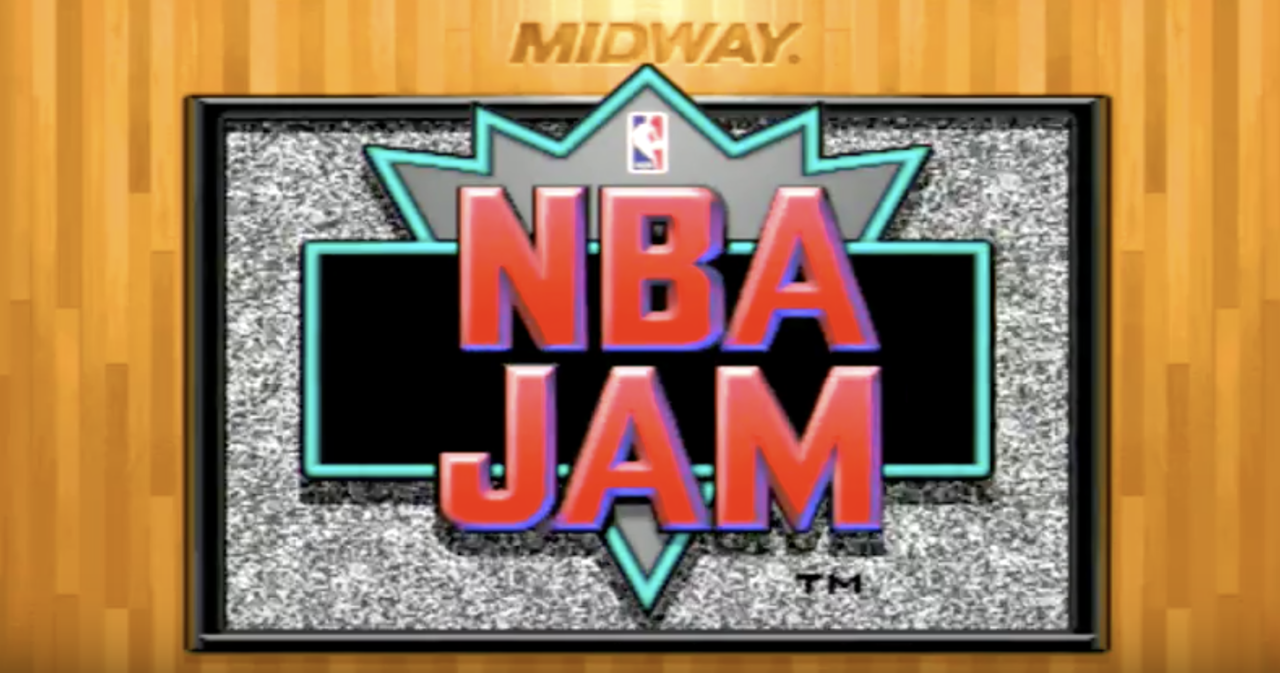 NBA Jam was nothing short of a cultural phenomenon. With that in mind, I was excited to check out NBA Jam (the book) by Reyan Ali.

Published by Boss Fight Books, NBA Jam is a look at a time gone by, and a comprehensive breakdown of one of the most classic and beloved titles in sports gaming history. NBA Jam (the book) traces a line from the days of Pong and Pac-Man to the groundbreaking success of NBA Jam (the game) in the 1990s, and then all the way to the eventual decline of the arcade industry as a whole.

“The NBA was blown away by the game and its reception, too. It legitimized the whole arcade category for us,” NBA licensing director Michelle Brown recalled. “This was the next best thing to playing on the court or attending a game.”

I imagine just about anybody who has ever found their way to Operation Sports has heard of NBA Jam, but just to be sure, let’s go over a couple things. NBA Jam is an arcade game that was released in 1993 by developers Midway. NBA Jam arcade cabinets made $1 billion(!) dollars before ever being ported to home consoles. Described as “the highest earner in the industry’s history” by The Amusement & Music Operators Association — I, for one, have no reason to doubt them — Jam cabinets shipped all over the world. This includes being sent to HOF NBA players like Shaquille O’Neal, Gary Payton and Michael Jordan. 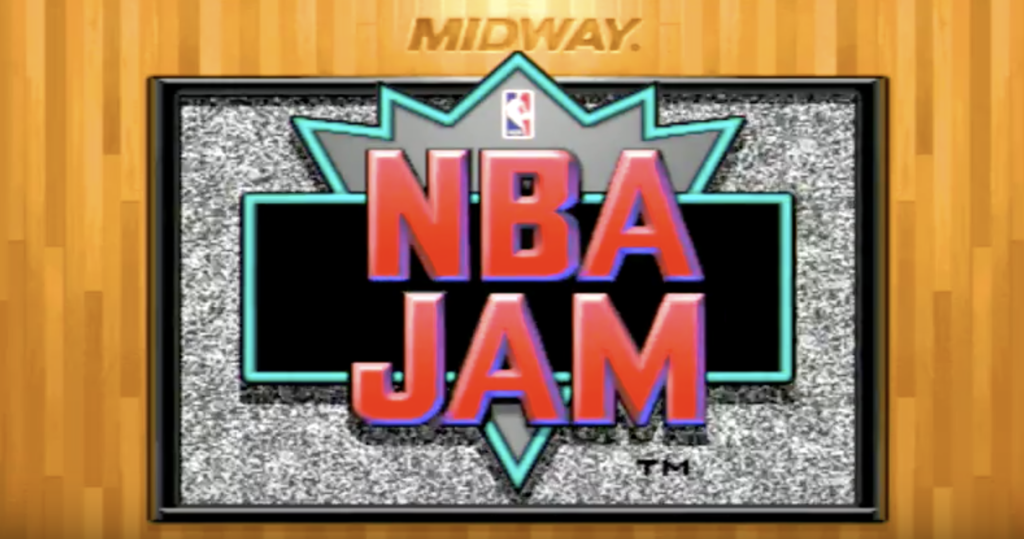 NBA Jam is a 2-on-2 basketball game, but that’s like saying the Grand Canyon is a hole. NBA Jam was an innovative, high-octane, beautiful gaming experience that has continued to define the difference between simulation and arcade sports gaming. The term “exaggerated realism” comes up a lot in Ali’s book. It’s a phrase that Midway developers coined in the early 1990s, and it stands as the mission statement of the genre that NBA Jam arguably created.

The amount of work and care that went into NBA Jam is noticeable. Ali researched his project for over two years, amassing 60-plus interviews with developers, gamers and ex-NBA players. In other words, you really feel as though you’re in good hands with Ali. Popular announcer Tim Kitzrow and brash ex-Midway developer Mark Turmell end up being the main protagonists of the book, providing unique voices and insight into their respective worlds. Kitzrow is particularly fascinating, a voice actor and comedian who couldn’t have possibly known that his big break would come from an arcade game.

NBA Jam is a fun topic to tackle in this day and age because it has an almost unanimous approval rating. Everybody loves NBA Jam. In fact, I can’t think of a single negative thing I’ve ever heard about NBA Jam. I mean I’m not saying it’s perfect, and I’m sure  we could find some haters as this is the internet, after all. But everybody loves NBA Jam. Celebrities, athletes, gamers, non-gamers, parents and children can all relate to this game. NBA Jam has been beloved since the day it launched.

“With each new release, another outlandish name was in NBA Jam. You could hit the court as Hillary Clinton or Prince Charles. The Beastie Boys or Sonic Youth. Larry Bird or Heavy D. Chicago White Sox Heavy Hitter Frank Thomas, or Philadelphia Eagles quarterback Randall Cunningham. The Fresh Prince of Bel-Air or DJ Jazzy Jeff.”

NBA Jam (the book) also taught me much more about arcades than I was expecting. The book goes through a brief (but thorough) history of cabinet gaming, from the 1970s to the two-decade death rattle we’re currently enjoying. It’s hard to be comprehensive in so few pages, but Ali does a great job of outlining the big moments in arcade history. 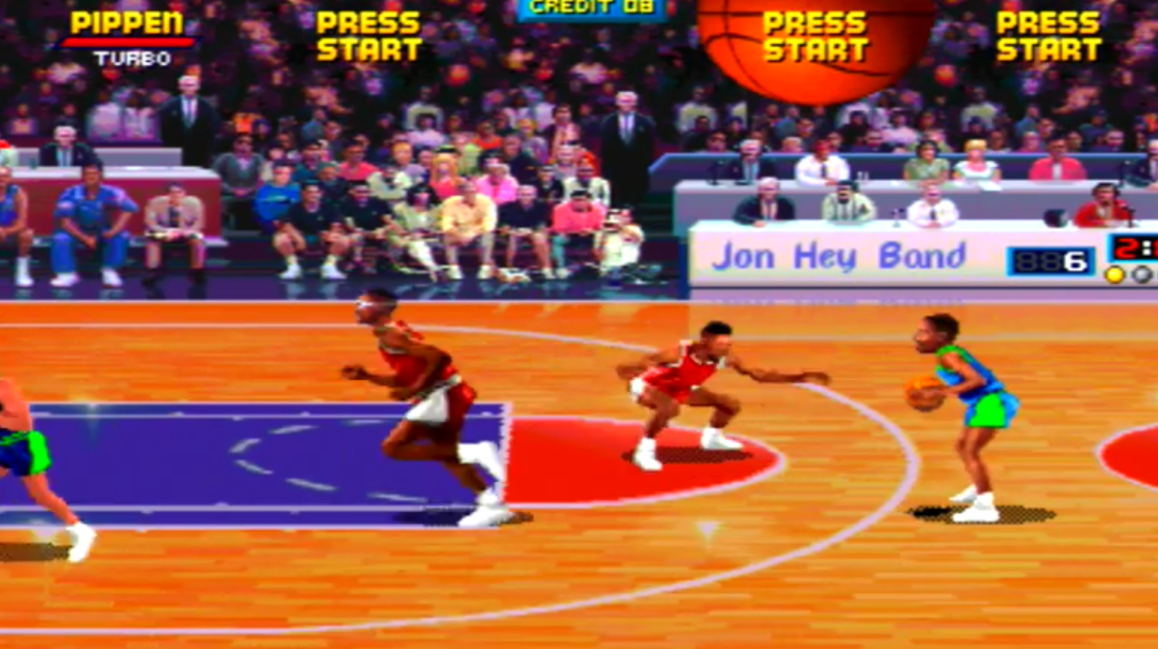 NBA Jam also covers the life and times of game company Midway. Midway started out as a carnival game manufacturer in 1958, began making video games in 1973, and then eventually filed for bankruptcy in 2010. They made Space Invaders, NBA Jam, NFL Blitz and Mortal Kombat. They also released Game Party, which is like playing WarioWare with oven mitts on. In any event, as someone who was 6 years old in ’93, it is inconceivable to that kid that someday Midway would fold. That would be like Nintendo, Sega or Disney folding.

NBA Jam is an enjoyable, informative read. This book is perfect for Jam heads, or anybody who wants to learn more about  1970s-1990s arcades. You can find the book at Boss Fight Books, or at various other spots like Amazon.

Retro Review: NHL 94 is Retro Shinny at Its Finest
Rugby 20 Review: A Rugby Noob Has a Good Time