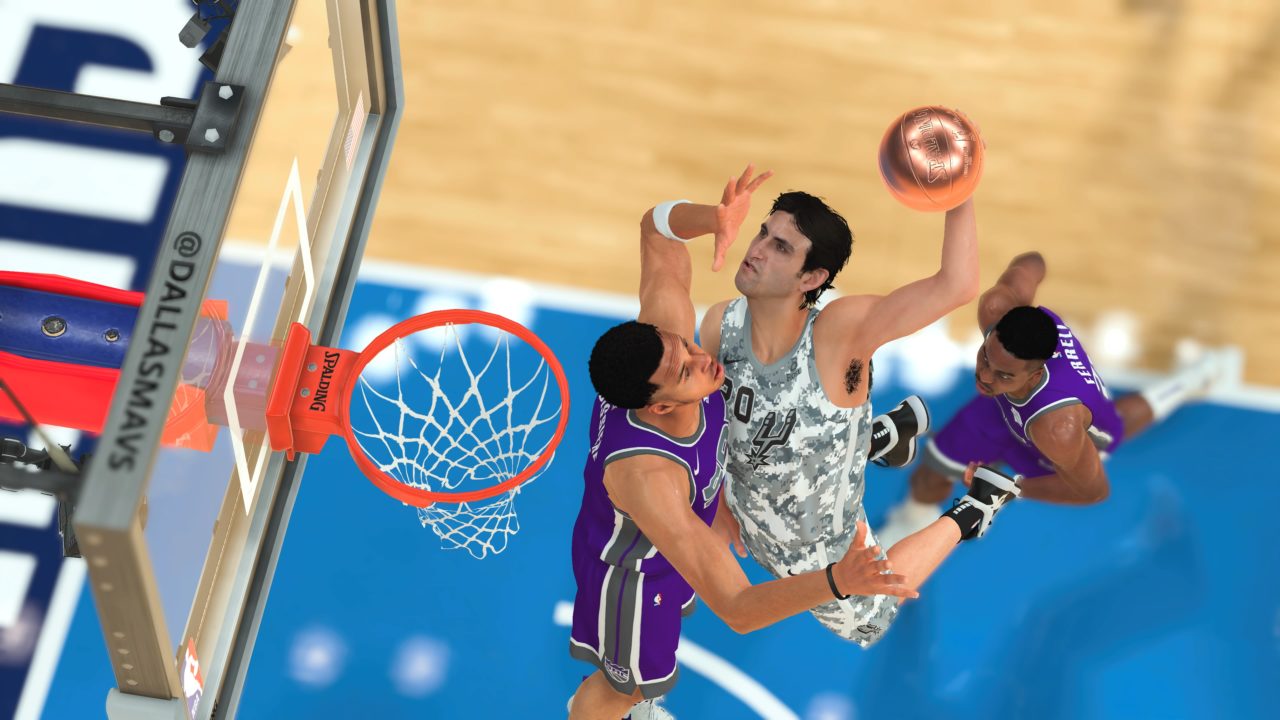 According to the game, Week 40 was the end of MyTeam. At least that’s when the last weekly challenge went up. There’s still new content being released, but good luck getting it because…

Surprise surprise, the servers are still a mess.

The only time I can do anything related to the auction house is around 2-3 a.m. when everyone else in North America is asleep. And pack opening is a total joke that can take hours (of just re-opening the same packs over and over again). I can at least continue playing through Domination without any issues, but that’s definitely not as fun when I can’t flip cards or snipe to tweak my team. There are some new cards I’ve love to try out too, like opal Dr. J. 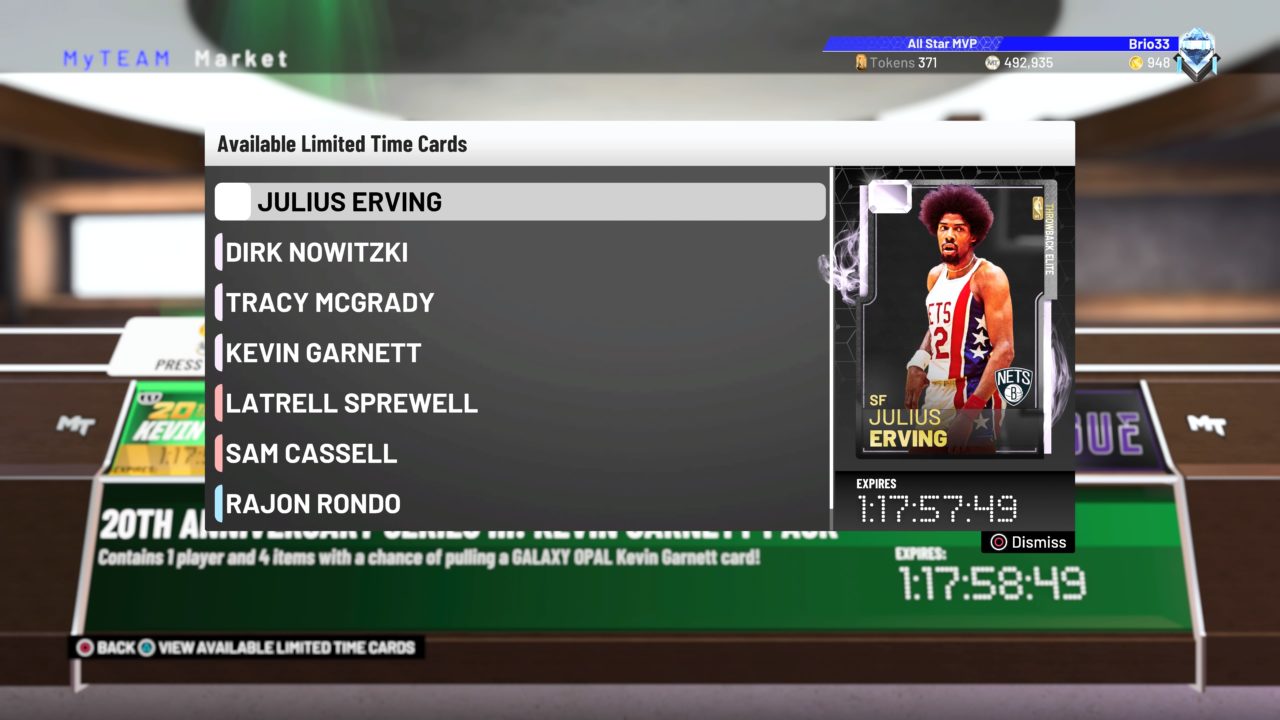 Or the other opal Spurs throwback players (I got Manu), but it’s all just too much of a hassle right now.

Speaking of hassles, I’m a little annoyed to see them pushing 2K20 already (you can pre-order now if you’re so inclined), when there’s an obvious need to tighten some things up before a whole new cycle starts. From the looks of it, 2K20 will just be more of the same, but of course any potential new features or cool upgrades will be teased out to the point of exhaustion. Cool covers, though: 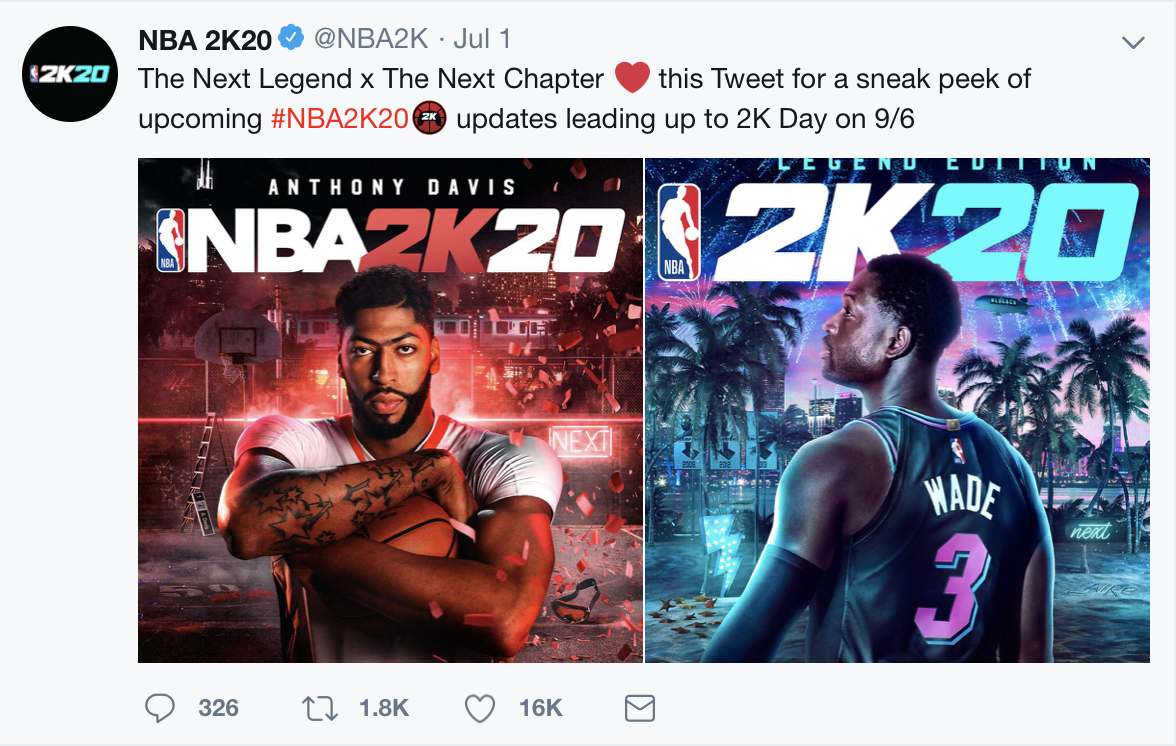 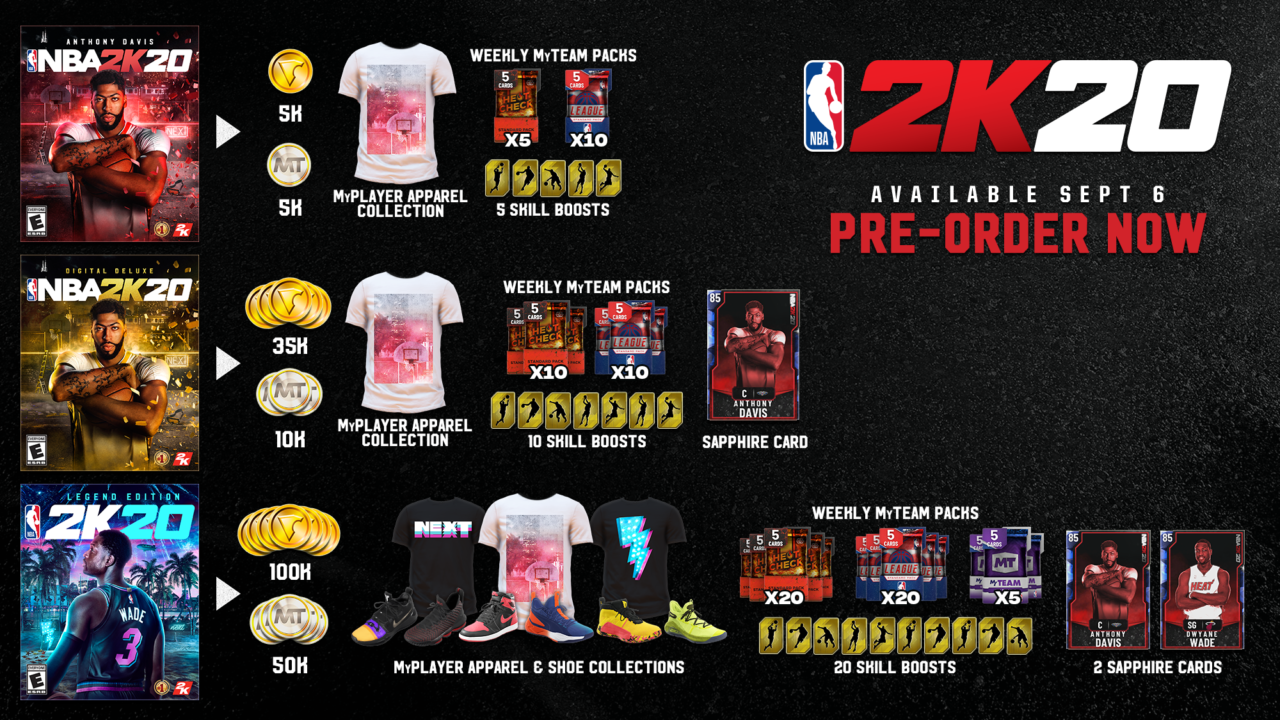 It’s just hard to get excited and take all this stuff seriously right now, at least for me.

But back to 2K19. Since MyTeam is obviously winding down, why won’t 2K release opals that the people really want? I would have bet my first-born child that we’d have an opal Durant by now, but for some reason this week they thought it best to release yet another John Stockton — when I’m pretty sure he just had a 98 overall pink diamond come out a few weeks ago (plus of course the 97-overall token reward card). Obviously wing players (with size and shooting ability) are what people crave, so give us a new Durant or a Pippen, or a Grant Hill. And go ahead, juice them up to absolutely insane levels, it’s the end of the year for crying out loud. I personally would love an opal Gordon Hayward as the best card he has at the moment is a diamond.

It also seems like there’s a lack of elite stretch fours right now. The opal token reward Bob Pettit looks awesome, but not everyone has 750 tokens to burn. I sure don’t. However, I do appreciate the token-centric locker codes and Moments Challenge they released recently as I’m now about halfway to my first token-reward opal. I did have to spend a few tokens on a pink diamond stretch four that I just couldn’t live without: 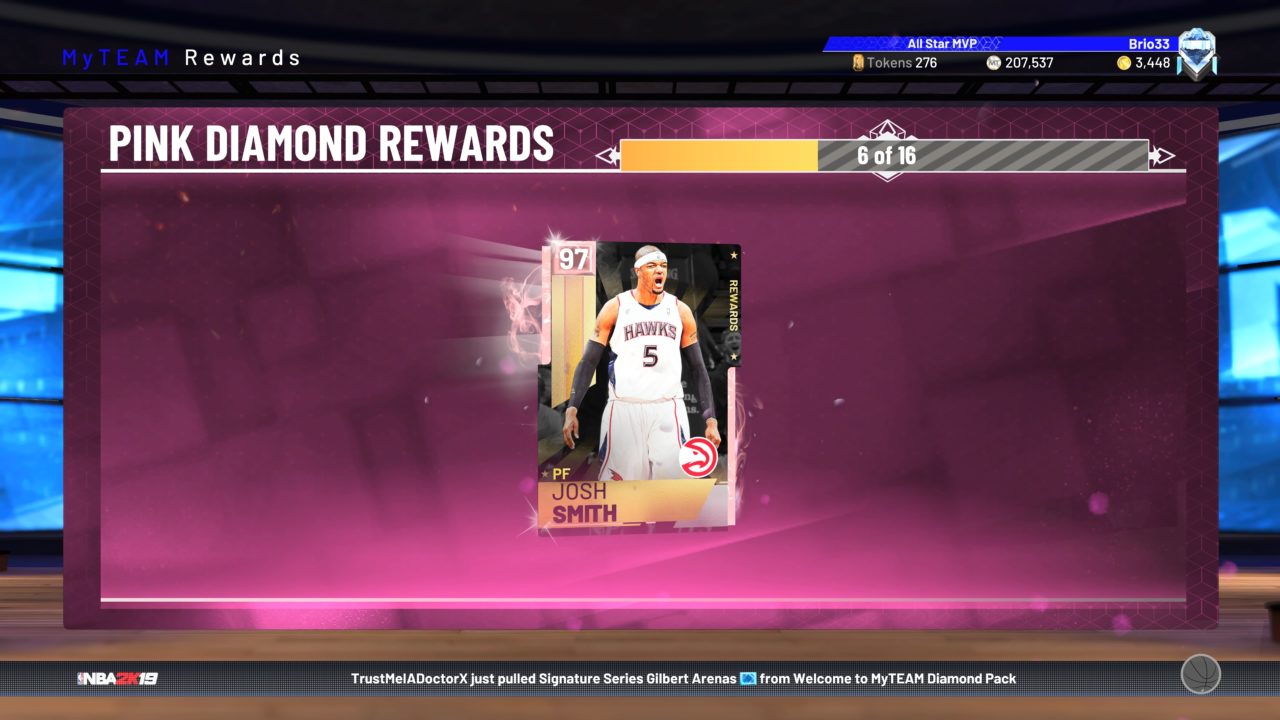 And I’m very happy with that purchase.

But back to complaining. So opal Dirk is great and all (I do love him actually, and he’s crazy cheap right now if you can bid on stuff without losing your mind), but I would think that if an opal Kevin Love, or Kyle Kuzma, or Kristaps or Kirilenko dropped, people would go nuts. And those are just players with “K” names. There’s a lot of NBA history to mine when it comes to cards that could be released.

Let’s go baaaaaack in time and release a Bobby Jones who can now miraculously shoot. Or a Shareef Abdur-Rahim that’s higher than a sapphire. Or a new LaMarcus Aldridge would be stellar, I’d be all over that. Heck, I’m still waiting for my freaking opal Mo Bamba. I mean come on guys, there’s even a song on the 2K19 soundtrack that name drops him!

But seriously, I have to think there’s going to be an opal Warriors drop at some point with KD, Steph and Klay. I wonder if that’s how they plan on ending MyTeam this year. Either way, I just hope it goes out with a bang instead of a whimper. Fingers crossed!