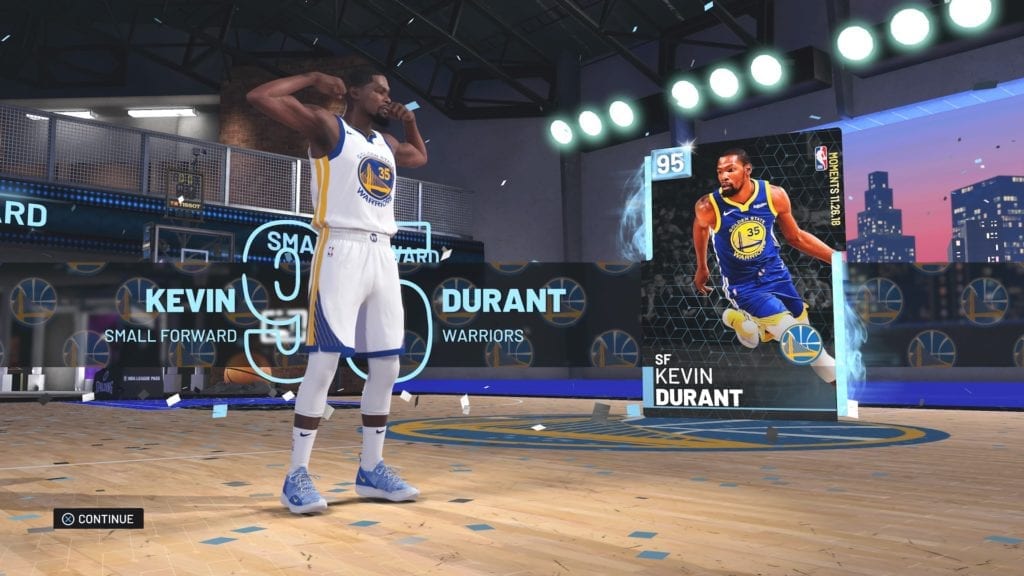 My last couple of weeks in MyTeam have revolved around working the auction house. As new cards have dropped, I’ve been buying and flipping current amethyst players or Heat Check players. Specifically, James Harden, Kawhi Leonard and Anthony Davis, as I’ve learned their highest/lowest card values and have a good feel for the right times to buy/sell.

Thank goodness for that influx of MT, because the new Flight School packs had two players I really wanted, but didn’t want to have to buy VC for: 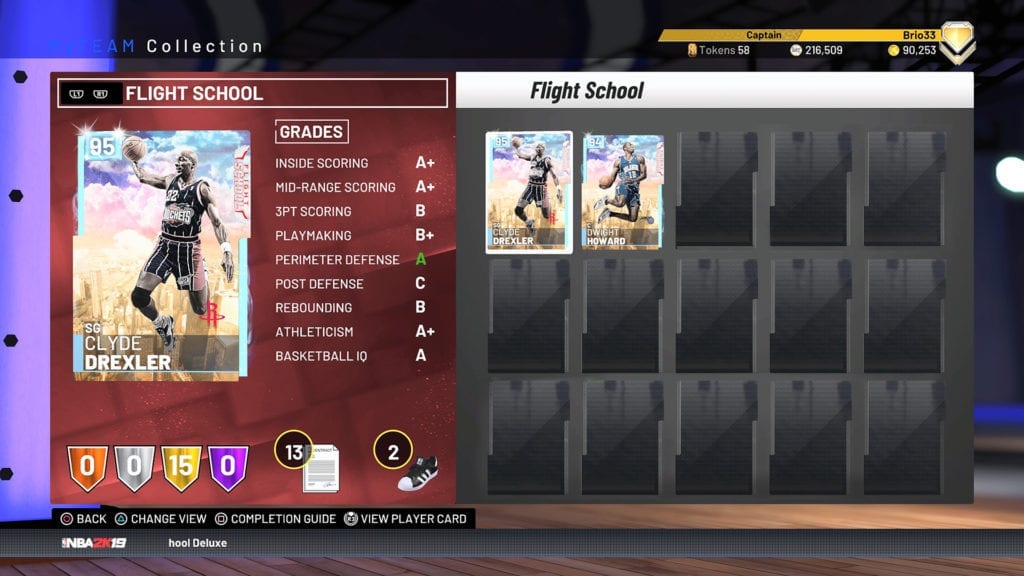 No, Clyde isn’t a knock down 3-point shooter, but the dude can DUNK, And Dwight would be my starting center if it were not for Moses Malone. Dwight also has a couple of hall of fame badges that make him particularly effective — rim protector and lob center finisher. I can’t say with 100 percent certainty that they’ll be in my squad forever, but for now I’m extremely happy with my purchase.

On the flip side of that coin, let’s talk about a purchase I am 1,000 percent unhappy with: 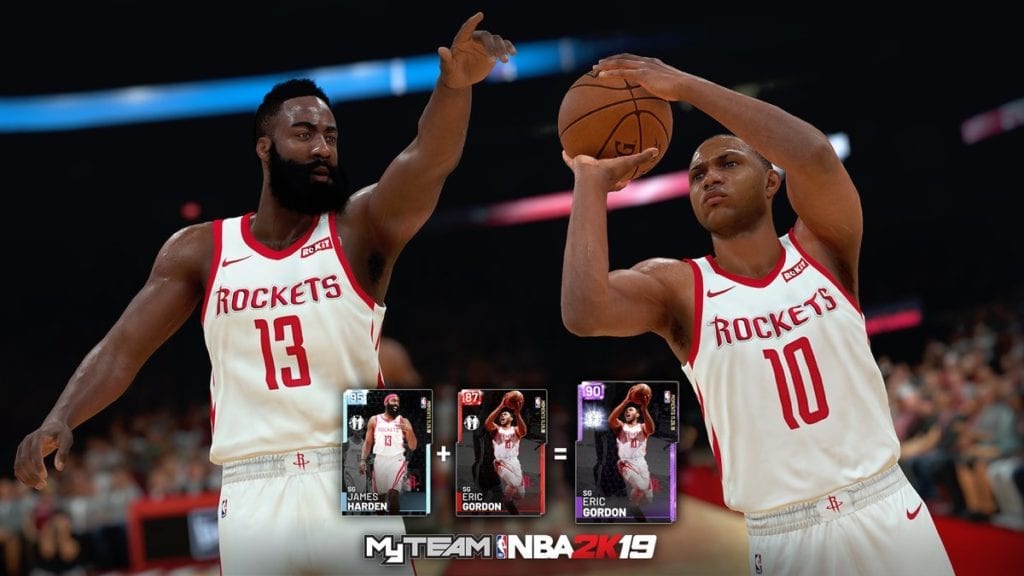 Last week also happened to be the second annual “Waste Money on a James Harden Card” Moments drop. Otherwise known as “Brian is an Idiot” day. Just like last year, I spent 100 real American dollars. And just like year, I ended up with squat. Well, technically I have more Jaren Jackson Jr. sapphire Moments cards than I could have ever dreamed of, so there’s that.

Ironically though, the following day when the Kevin Durant Moments Card came out, I used MT to buy one pack. And got him. Then I immediately put KD up on the auction house because I felt like his stats weren’t up to snuff (more on that later), and I used that profit to pick up Harden a couple of days later — after his price had already dropped dramatically. So, overall it ended up working out. I guess. 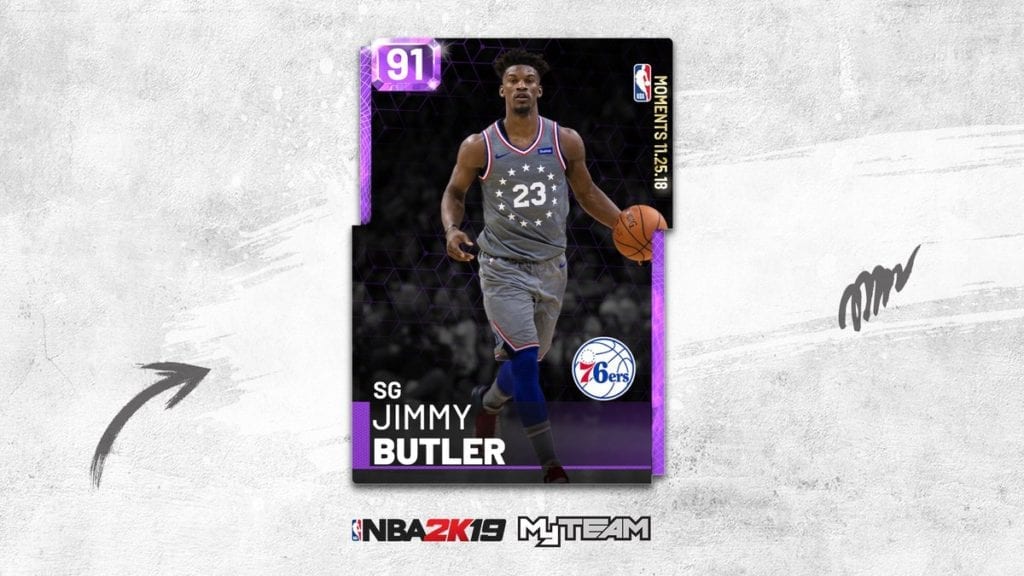 I do also have to mention the amethyst Jimmy Butler Moments card that was overshadowed by all the diamonds.

Jimmy is the perfect 3-and-D shooting guard for my squad, and his price plummeted after Harden and KD’s diamonds came out. I highly recommend picking him up if you can. Just for the sake of comparison, Jimmy’s open 3-point rating is 92, while Harden and Durant’s are 86 and 84, respectively. Plus, Jimmy has all the gold shooting badges you could ever want. 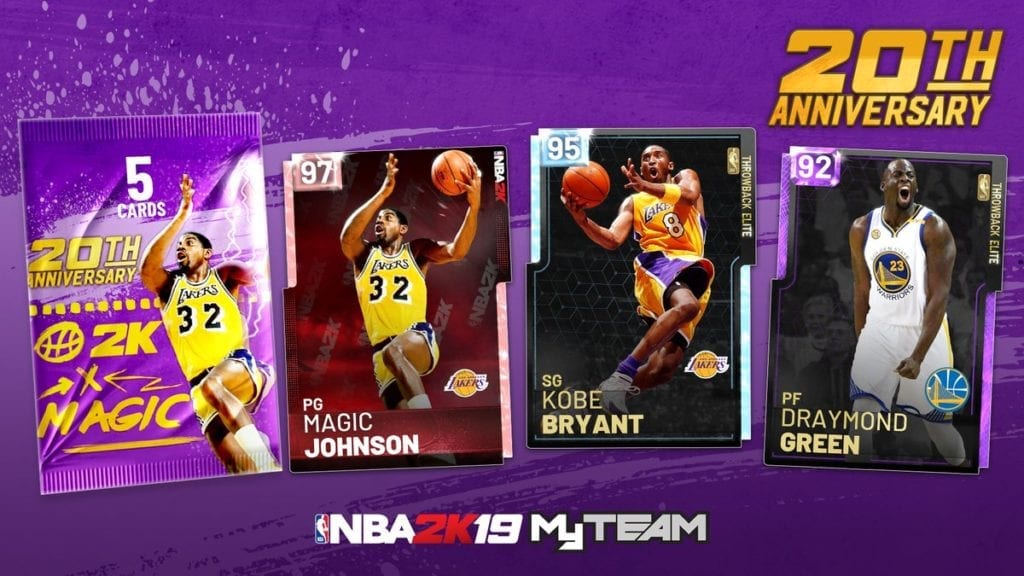 Then finally, the latest 20th Anniversary cards came out, and they weren’t very magical for me. I opened a couple of packs and struck out on the big guns, but I did pick up Elgin Baylor and Draymond Green on the auction house. Elgin is fine, but Draymond has been surprisingly effective for me.

Here is my current lineup, and these guys have been killers on the defensive end of the court: 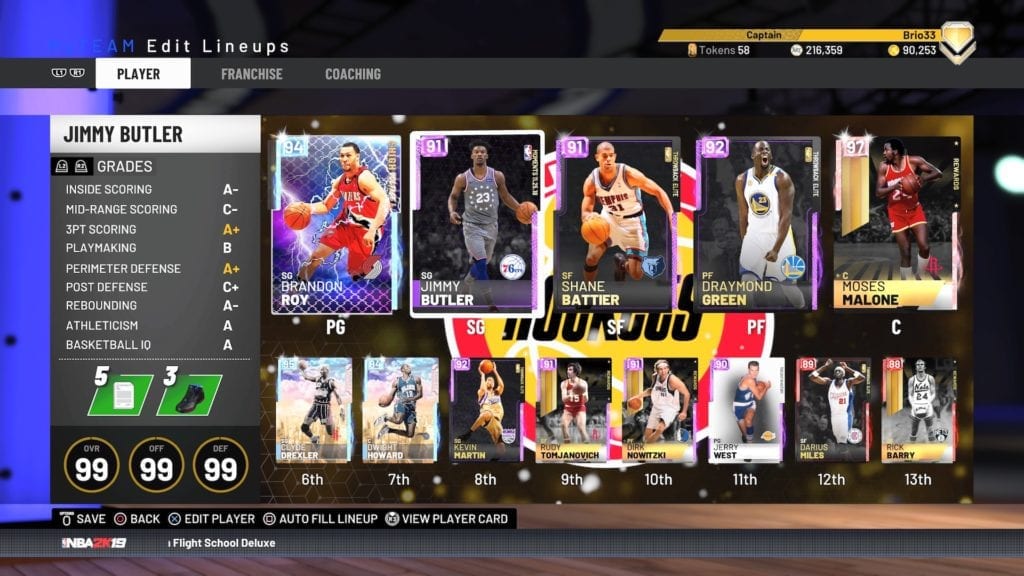 It’s probably safe to say that Moses is the only end-game card I have thus far, but it’s going to be hard to part with some of these other guys for a loooooong time. What cards are you loving right now?