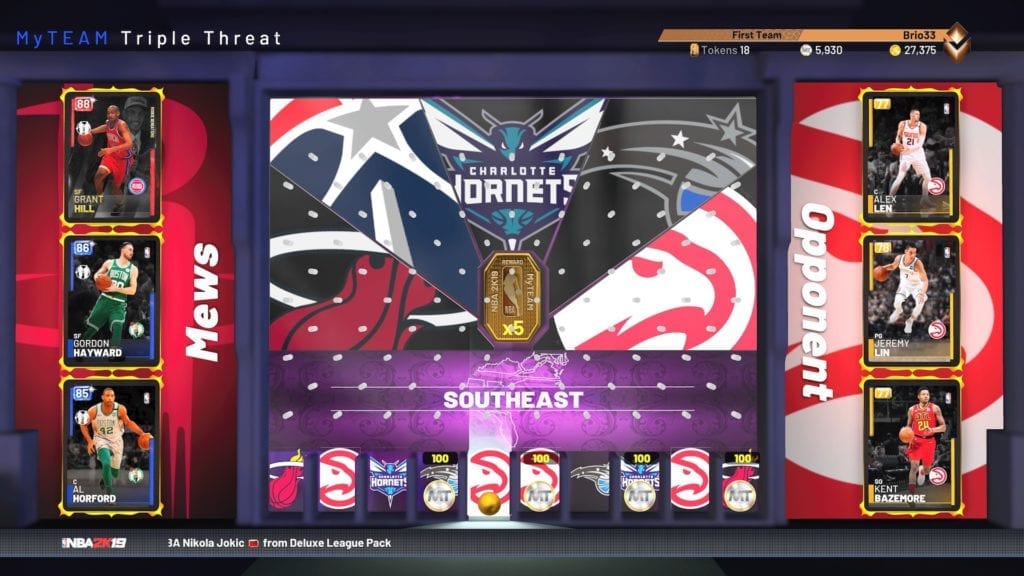 2K has come out firing in MyTeam this year. First of all, they have been dropping content like my new ruby Grant Hill has been dropping the hammer (in other words, often and with authority).

Here’s a list of recent locker codes, just in case you missed one (and as of Monday, these should still be active): 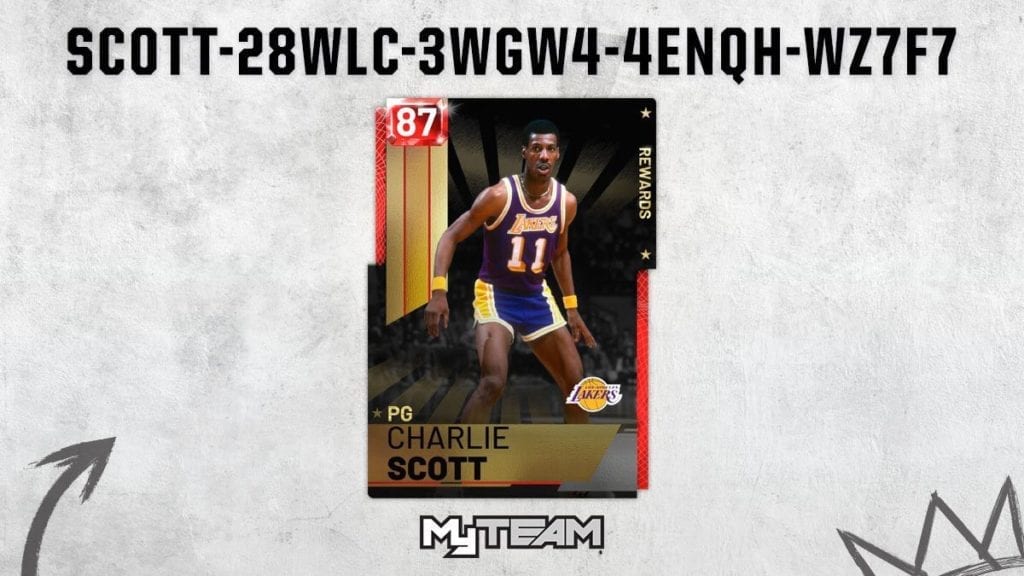 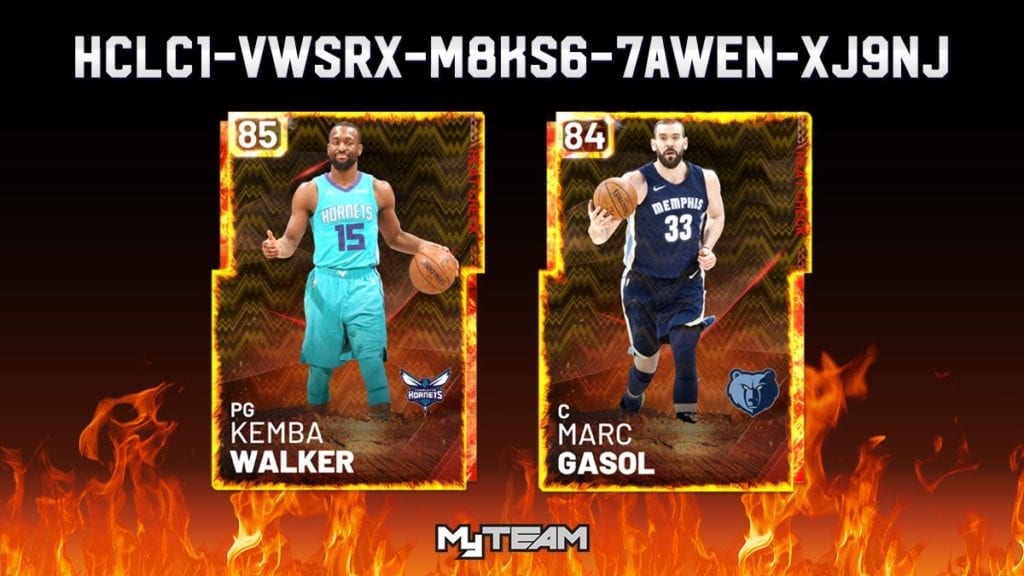 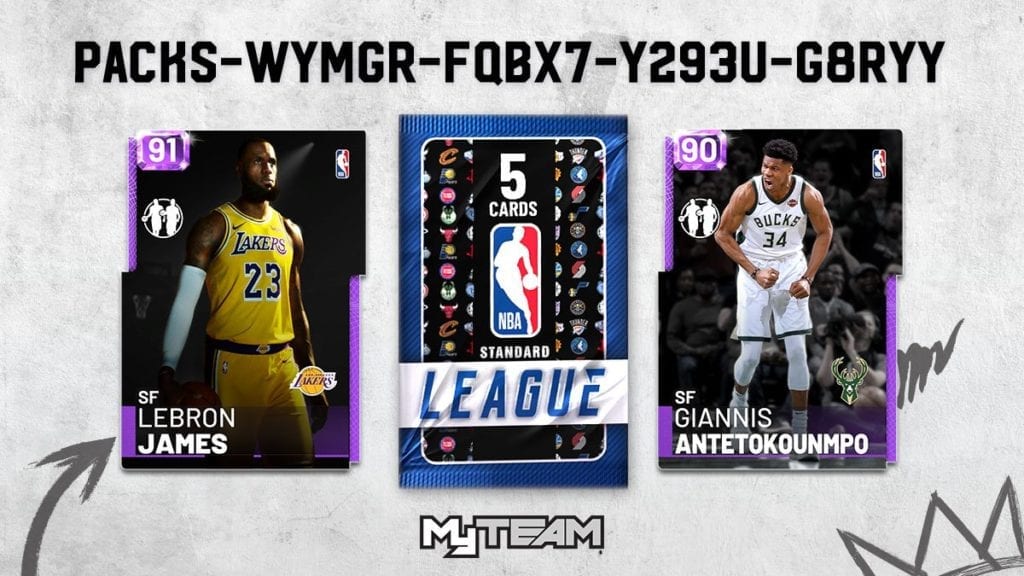 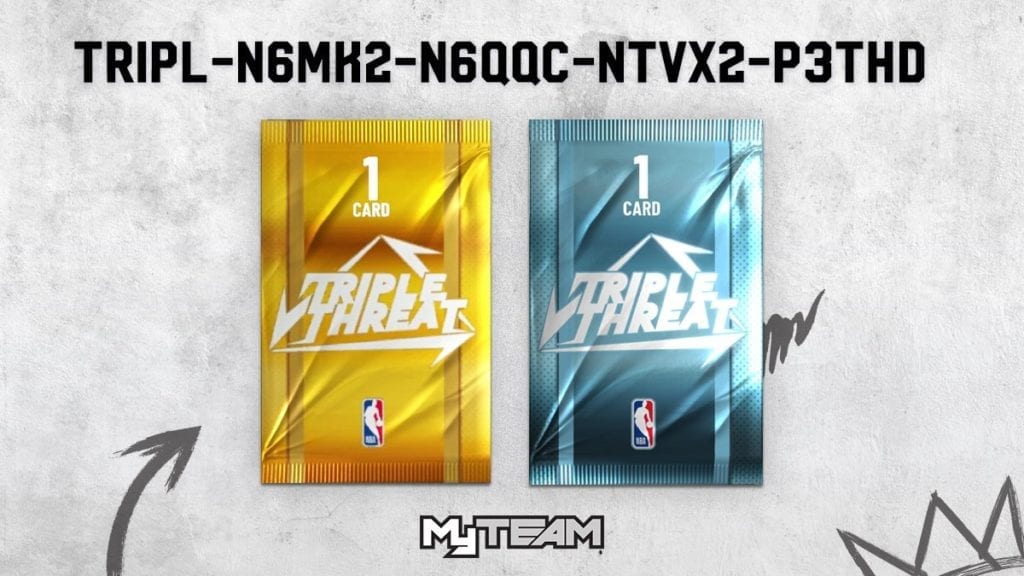 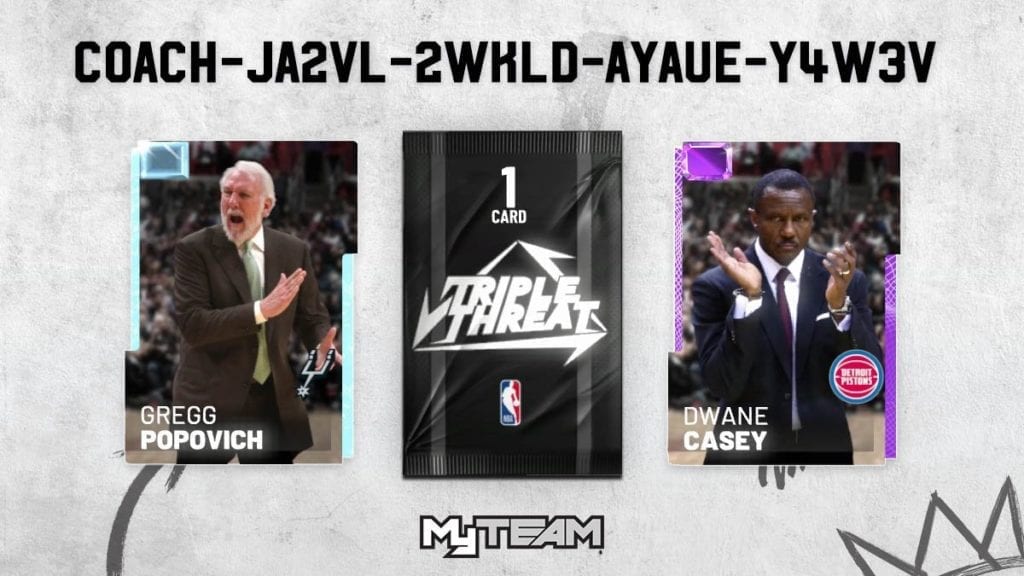 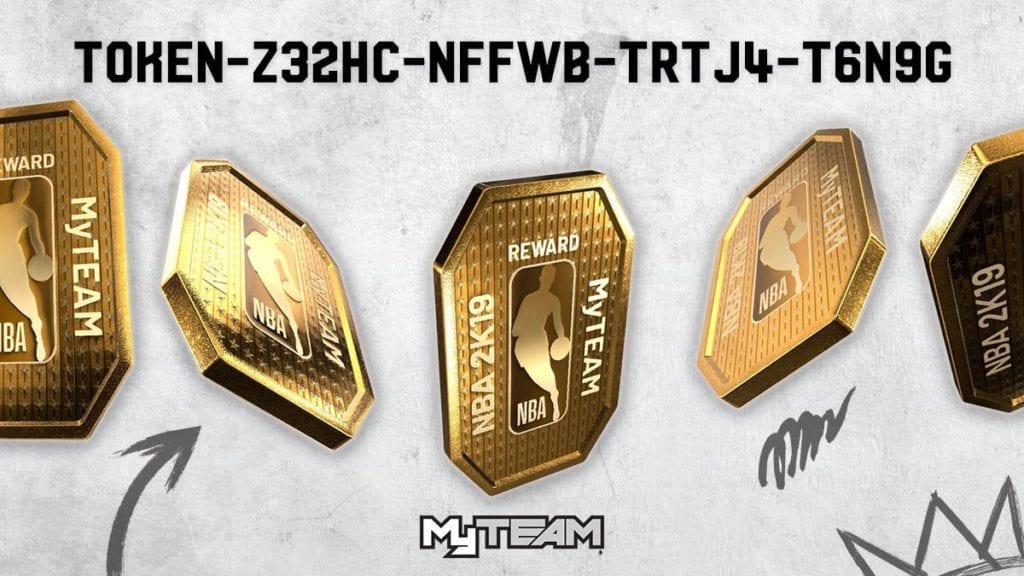 We’re also into our second batch of Throwback teams/packs: the Jazz and Timberwolves. 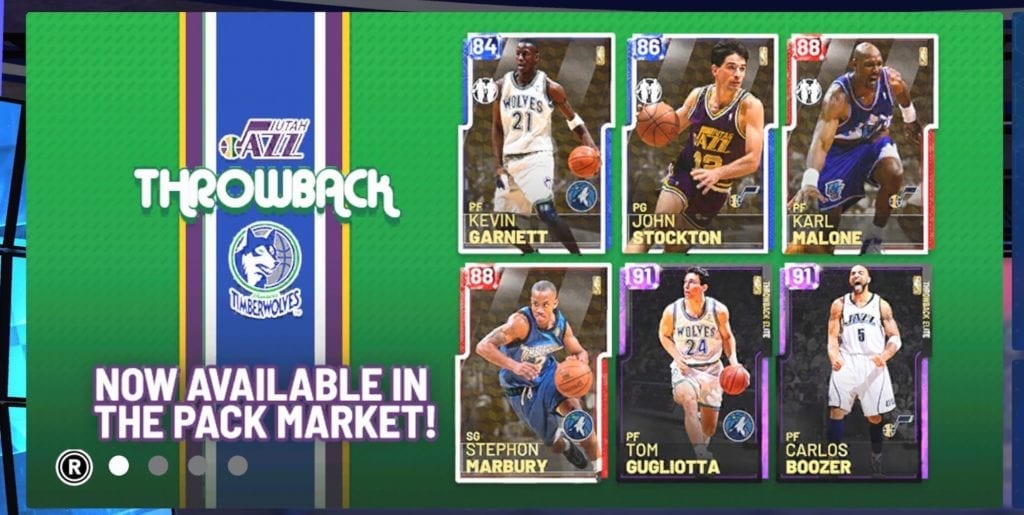 Personally I don’t feel like any of the cards in their respective collections are worth it, but collecting all 10 for each team will net you 15 tokens — if you’re into that.

How is everyone else digging the new token system? I like it in concept, but as I work my way through the game I start to worry that the whole thing might not be worth my time. 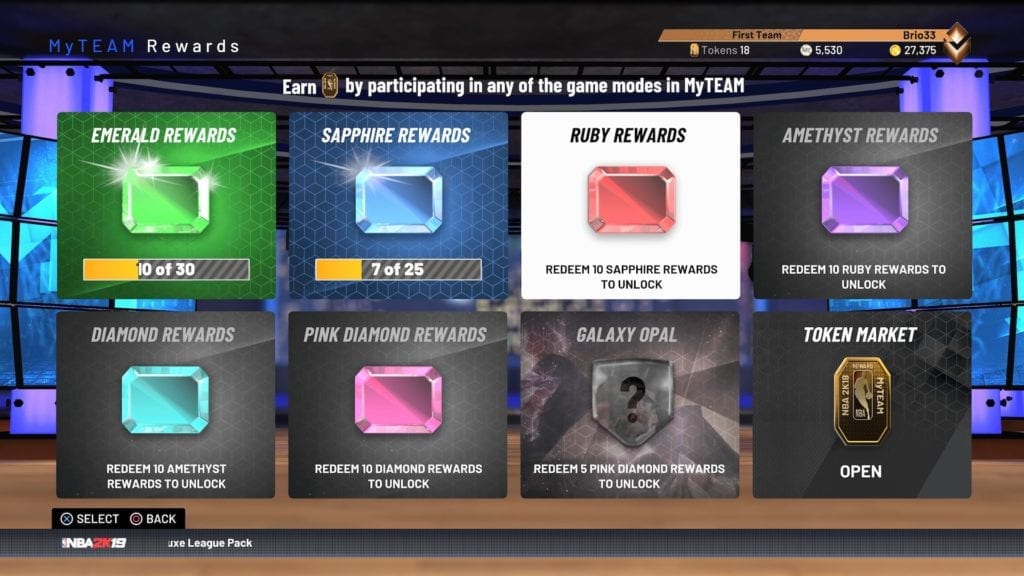 I currently have the sapphire reward level unlocked, and am three players (or 18 tokens) away from moving up to the ruby level. There are a couple of ruby cards I want in there, but at 12 tokens a pop, my desire to grind for this is waning.

At the rate I’m going, by the time I unlock the amethyst level there probably will be better amethyst (or even diamond) cards in the auction house. Then at that point, it would seem silly to push for the token rewards when I should be concentrating on building MT.

Do I really need this Diamond Melo? 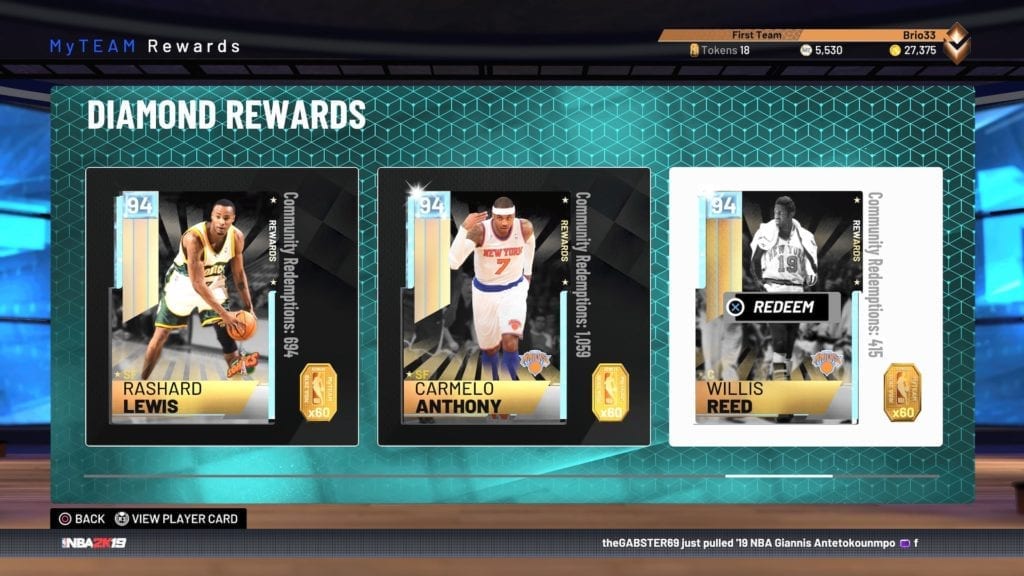 1,059 other people already seem to think so. Or is it really worth the effort (and 150 tokens!) for a pink diamond Tim Duncan? 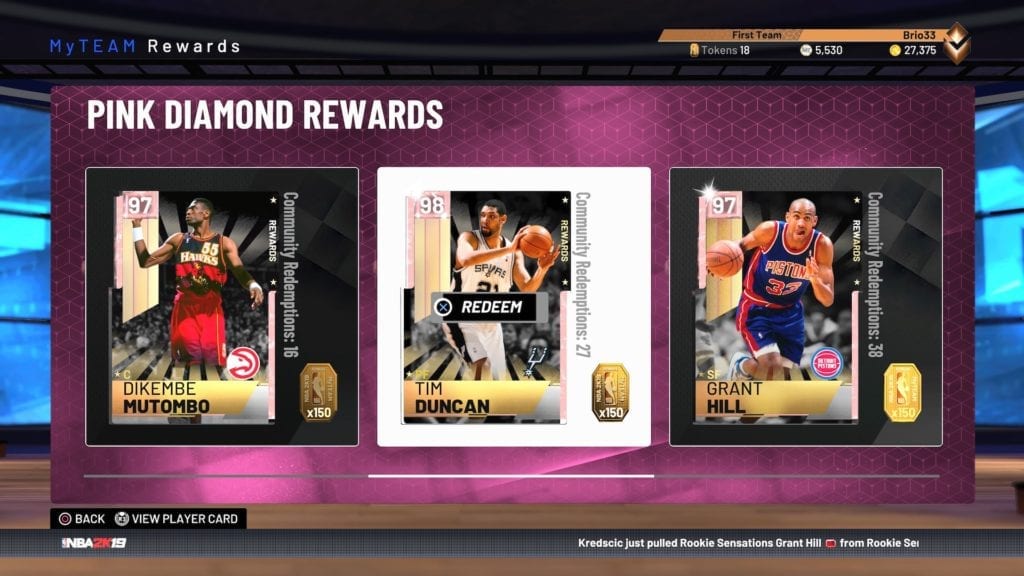 And I guess we won’t really be able to answer these questions until the season starts and the quality level of content increases. It’s entirely possible that by the third premium pack (roughly a month from now) we could have a pink diamond collection reward that blows that Tim Duncan out of the water — or not.

I do need one or two really great cards though, as some of the games I’m playing in Domination and (especially) Triple Threat are pretty hard. Like, I’ve actually lost a couple. I don’t know what I’ll do when the difficulty level increases past All-Star and my best card is still a ruby Grant Hill. 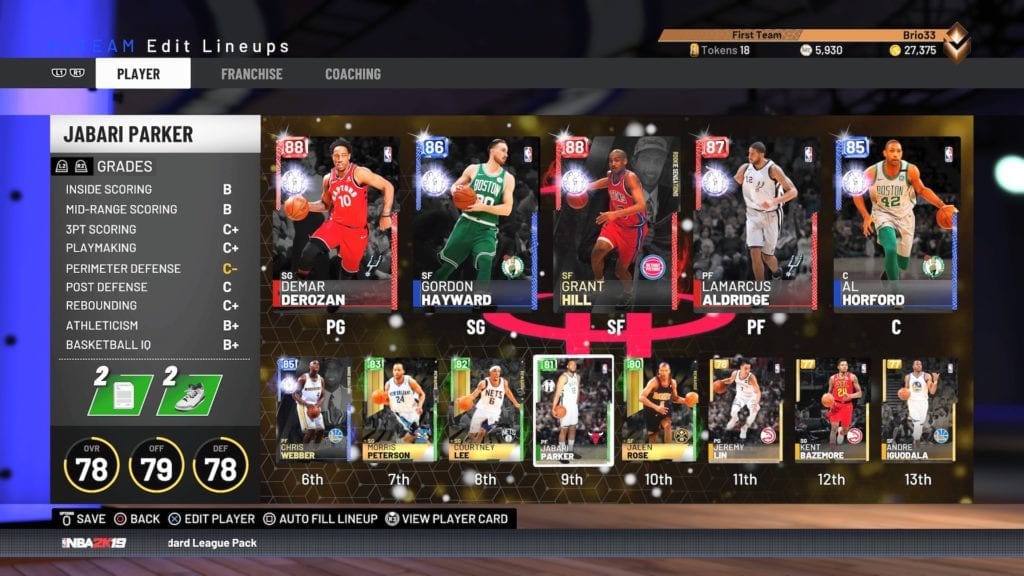 Beyond Hill, who truly is a great playmaker and slasher, here are a few other cards I’d recommend trying:

If you need a shooter who can play defense, Morris Peterson and Courtney Lee (both are token rewards) fit the bill. Then a dynamic duo I really like using is sapphire Gordon Hayward and Al Horford. Both I found on the cheap (less than 2K) and both can shoot the lights out. Playing them alongside Grant Hill has been my go-to lineup recently in Triple Threat, and I’ve had a lot of success. Finally, I can’t recommend Jabari Parker enough. I think I paid 600 MT for him, and he can truly do it all. For whatever reason, I always seem to play well with him, and so I hope he gets a great end-game diamond or pink diamond card this year.

How about you all, any recommendations on under-the-radar sapphire or ruby cards thus far? Thanks guys, see you next week.