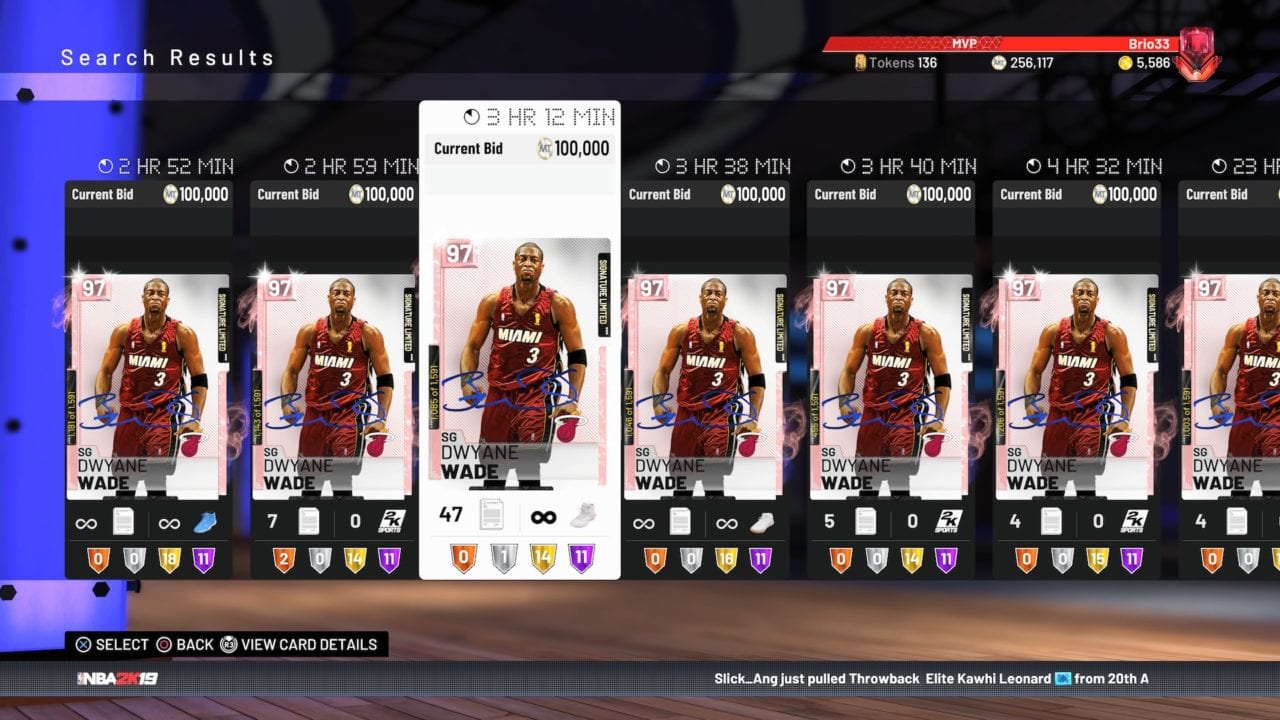 I picked up the ruby just to increase my collection numbers, but I’ve never been a huge fan of his cards. If the diamond gets cheap enough, I might try it, though. Moving on… 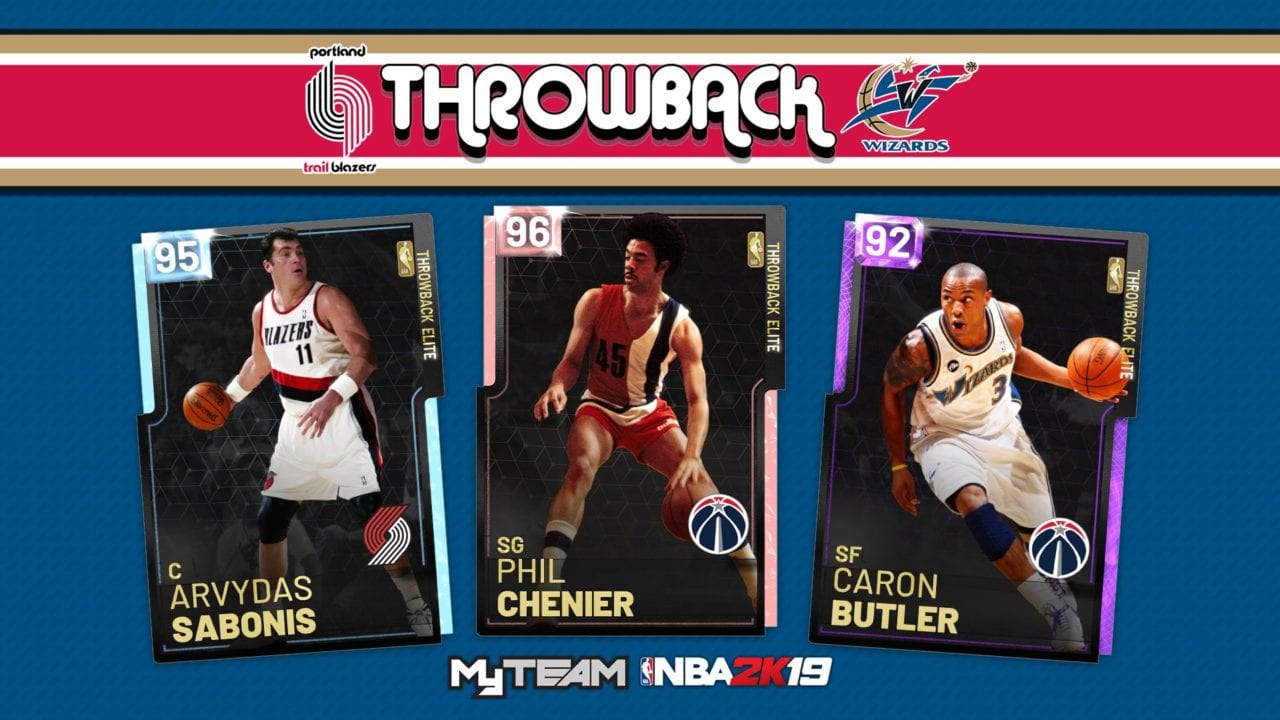 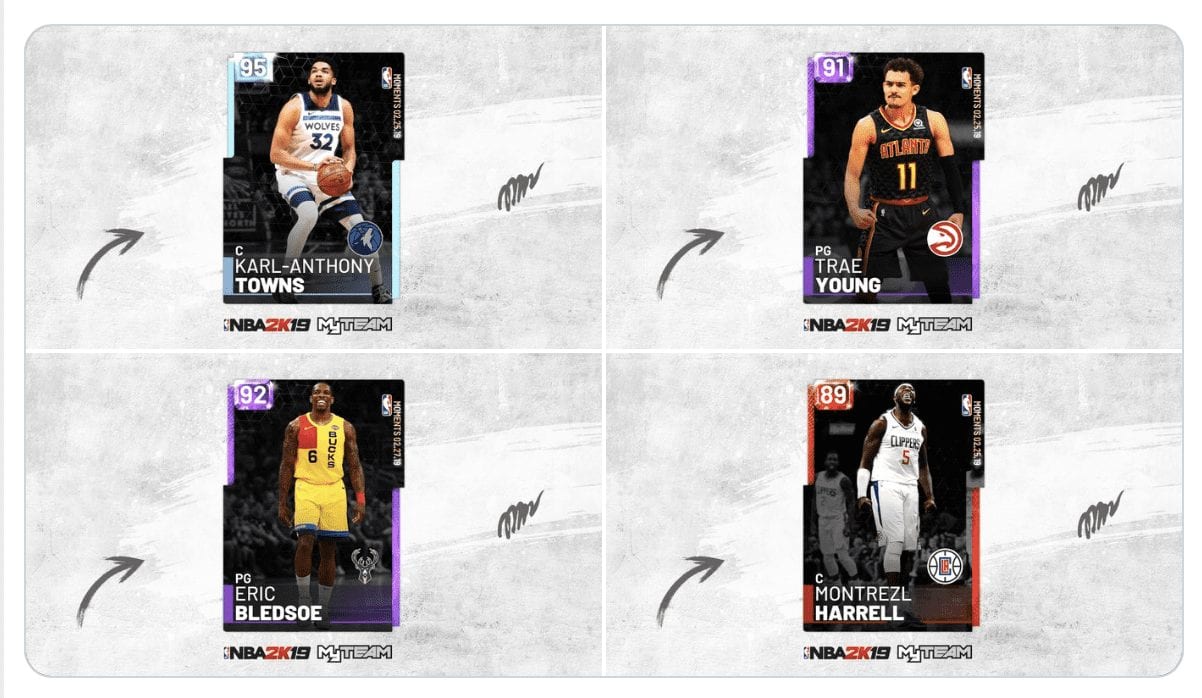 Yet another diamond Karl-Anthony Towns, plus a handful of amethysts, rubies and sapphires don’t get my juices flowing. I did pick up the Montrezl Harrell just to add to my Rockets (past and present) lineup. He was one of my favorite players to watch, and I’m happy he’s having a nice season.

On the Throwback side of things, I wouldn’t mind picking up the diamond Arvydas Sabonis but he’s going for nearly 300K MT right now! I could get some stacked pink diamonds for that kind of cash. And how did we not get a new pink diamond Blazers Clyde Drexler? The new Scottie Pippen (more on that next week) is his fourth card, but Clyde can’t get an update? C’mon now. 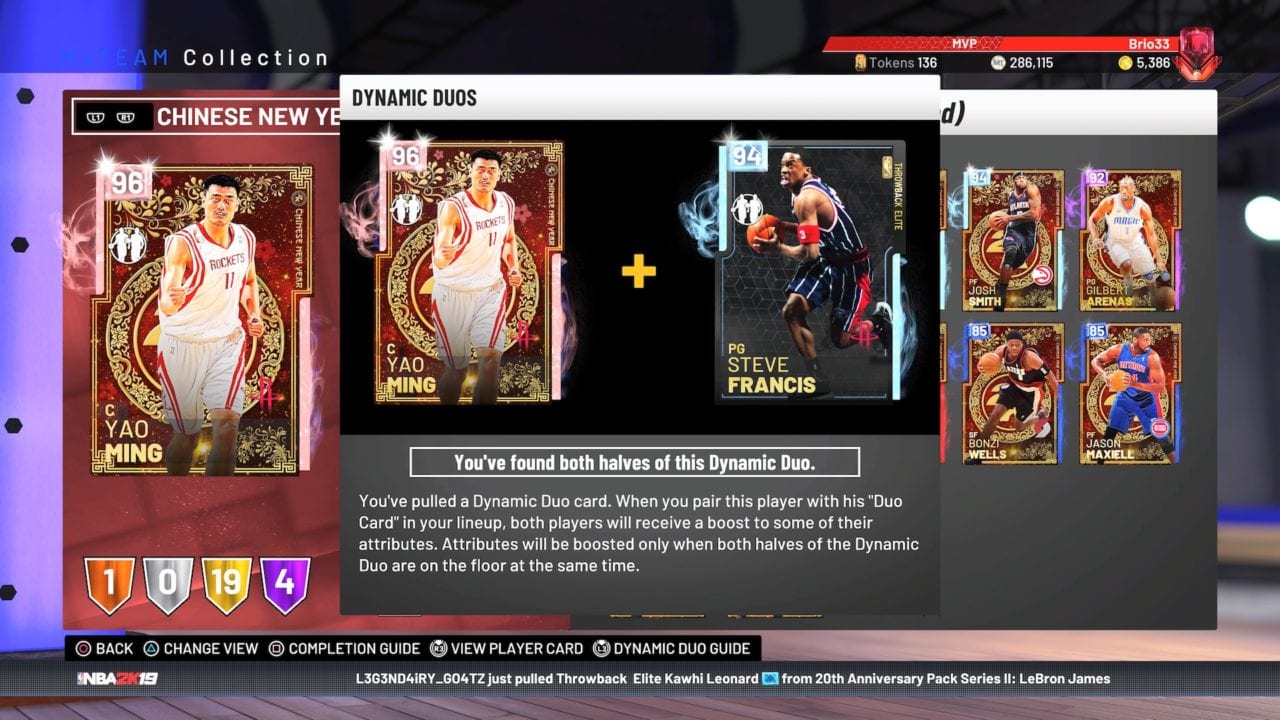 Finally they dropped new duos (here’s a full list), and the Yao/Francis pairing is one I’d been hoping for all along. Now before you start complaining about how it should be Yao and T-Mac, slow your roll and check out this article. Then if you’re looking for more info on Steve (he’s quite the writer), check this one out, too.

But Francis and Yao were great together in the league, and so are their virtual counterparts. With the duo boost plus the Seven Seconds coach boost, Steve is a 3-point machine. Yao is no slouch himself. They’re my new starting point guard and center, actually. Sorry, Moses, you’re moving to the bench.

Then for you other Rockets fans out there, the diamond Drexler and amethyst Olajuwon duo is also amazing. It gives both guys (yes, even Hakeem) a legit 3-point shot And it almost makes up for missing out on that pink diamond Hakeem player-of-the-month card. 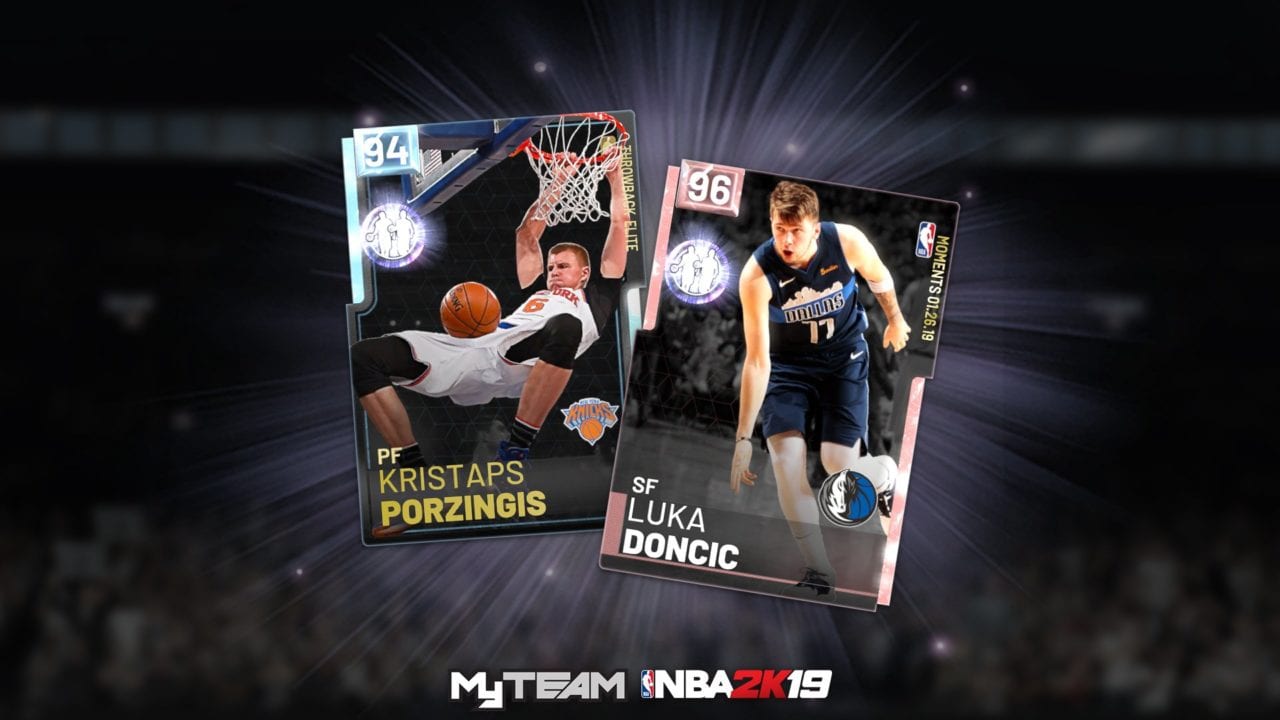 But the key duo they released is Kristaps and Luka. I’m not the only one to think so, either, as Luka’s diamond (which just last week was about 60-70K MT) is now going for nearly 150. I wish I hadn’t sold mine a couple of weeks ago.

Here are a few other duos I was able to try:

Ruby Derick Rose and amethyst Luol Deng turns Deng into a diamond. I already liked his card a lot from a 3-and-D standpoint, and now with the duo he’s stacked. Rose isn’t on par with his diamond Moments card, but it’s still fun to play with. Both cards are cheap as well, which is arguably the main selling point.

It’s also been great dusting off my old amethyst Jerry West to pair with Gail Goodrich. Their duo pushes them both into diamond territory, and especially makes Jerry even more formidable. I just picked up Goodrich today, and I didn’t realize he was a 3-point machine in his own right, so that’s been a pleasant surprise.

Then finally, Jamal Mashburn and Jason Kidd’s duo is a dream come true. Their overall ratings don’t get bumped to pink diamond, but they both can suddenly shoot and get small increases across the board. It doesn’t hurt that I picked up yet another Jamal with a diamond contract and 3-point shoe for crazy cheap. If only there could be a 3-way duo with him, Kidd and Jim Jackson…

There’e still more duos I want to try as prices stabilize a bit (Hedo and Dwight!?), but what about you? What have you tried that you can recommend?