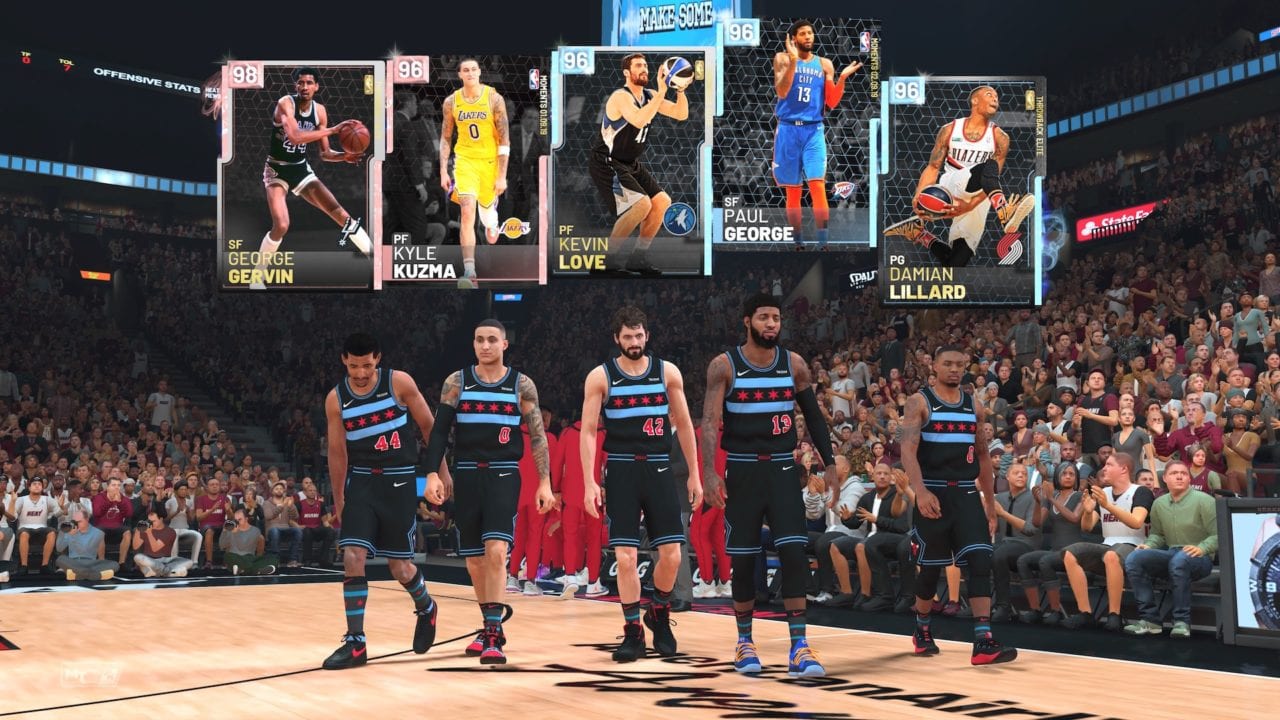 I know it was Kobe Day last week, but this is the best new card I got: 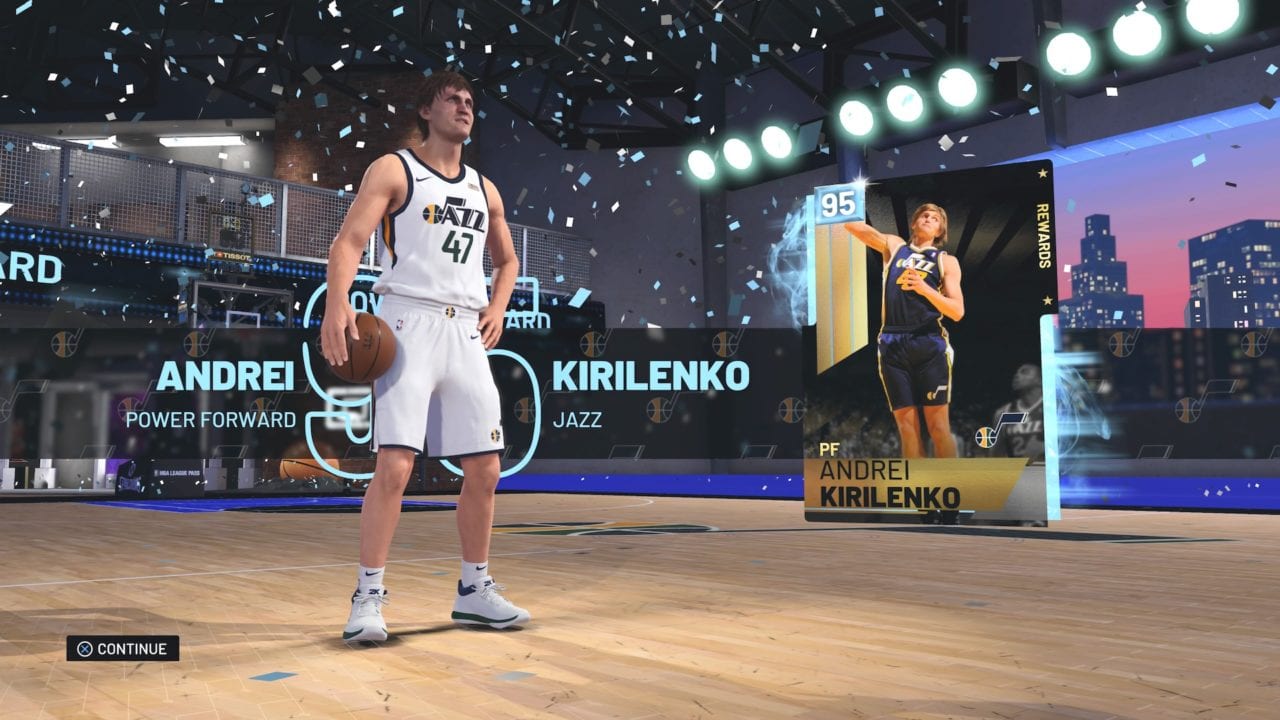 That’s not for a lack of trying, though.

I pulled a bunch of Kobe packs and got 99 percent garbage, and one diamond Kevin Love. Kevin from Minnesota is a nice addition to the squad, but Kirilenko is my starting power forward now. Sorry, Kev. 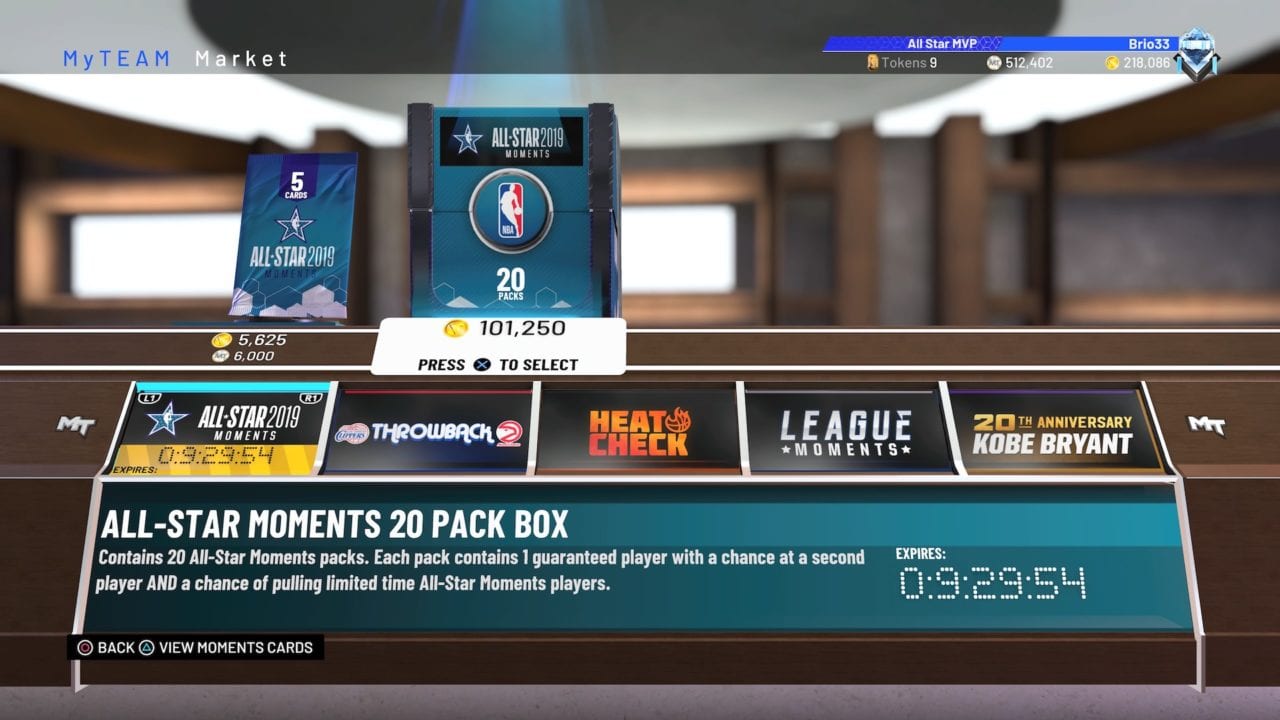 I also pulled a fair share of All-Star Moments packs and got two Joe Harris diamonds. Joe has a nice card with a nice shot release, but I don’t see him being a long-term member of my squad. I think it’s safe to say that going forward, new cards will have their own awesome hall of fame shooting badges, so Mr. Harris’ diamond will probably go down in value quickly.

Why would someone spent a ton of MT on Joe Harris to get those shooting badges when I’m sure a new moments Paul George will have all of that and so much more? The answer is, only if it’s crazy cheap. Sorry, Joe, I need to be making MT on new cards, not losing it.

So how did I get the 1,250 cards required to unleash AK47? Well, since everyone wanted this pink diamond Kevin Durant — 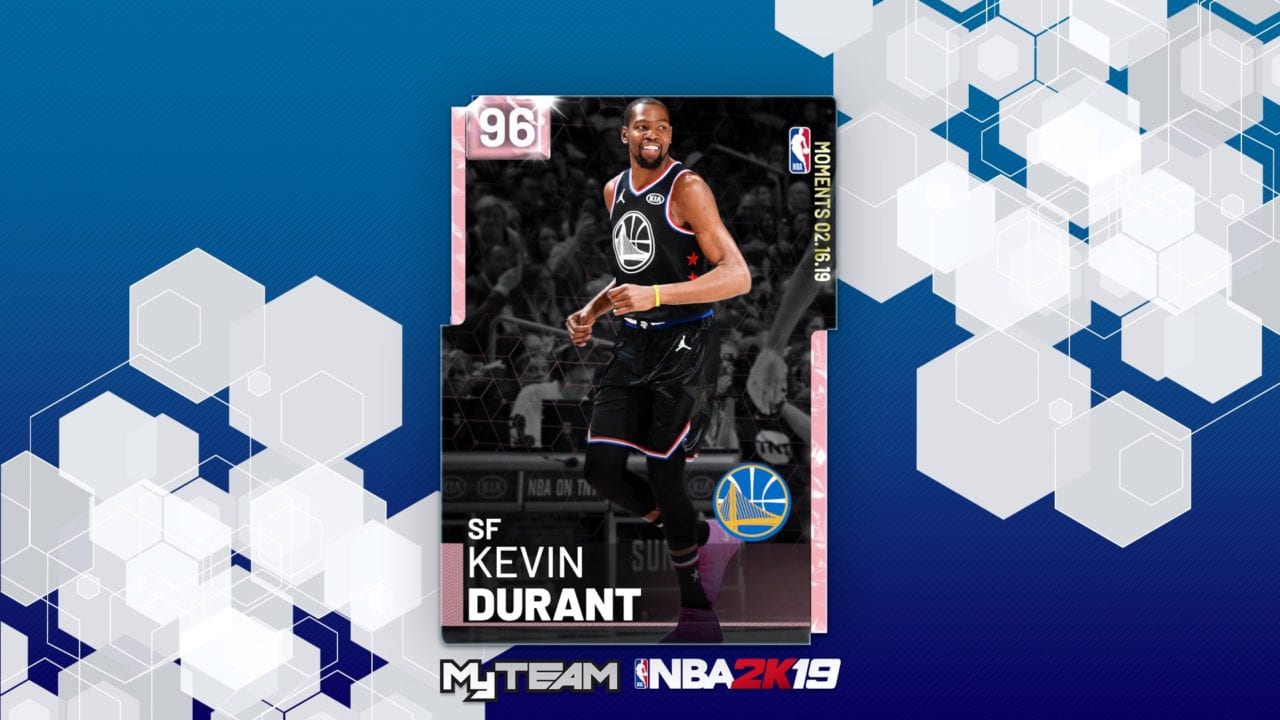 — a looooooot of packs were purchased. The 25 percent VC sale didn’t hurt either. And boy were these packs juiced… 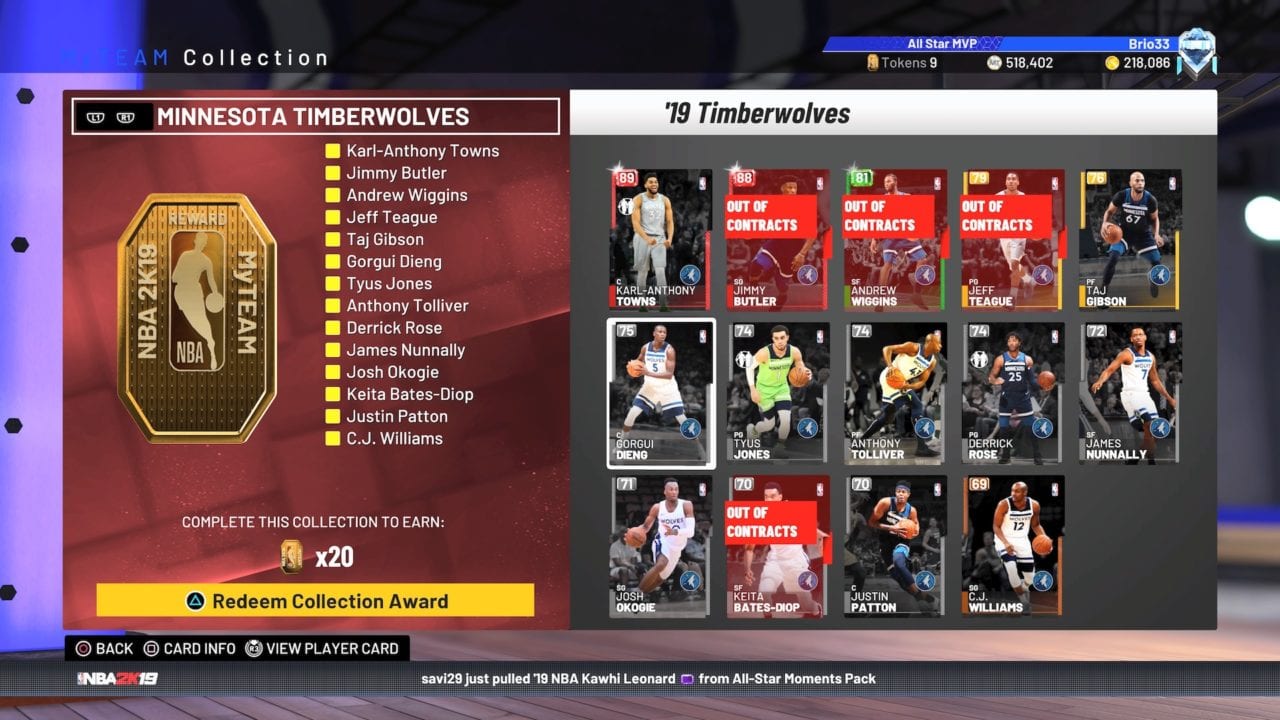 …with silvers. Yes the value of silver cards plummeted, and I was able to finish A TON of team collections for relatively cheap.

I actually got enough tokens to also finish off the diamond token reward players, and now have my sights set on that sweet-looking pink diamond Grant Hill. He might be my end-game small forward, so I’m obviously psyched about that. 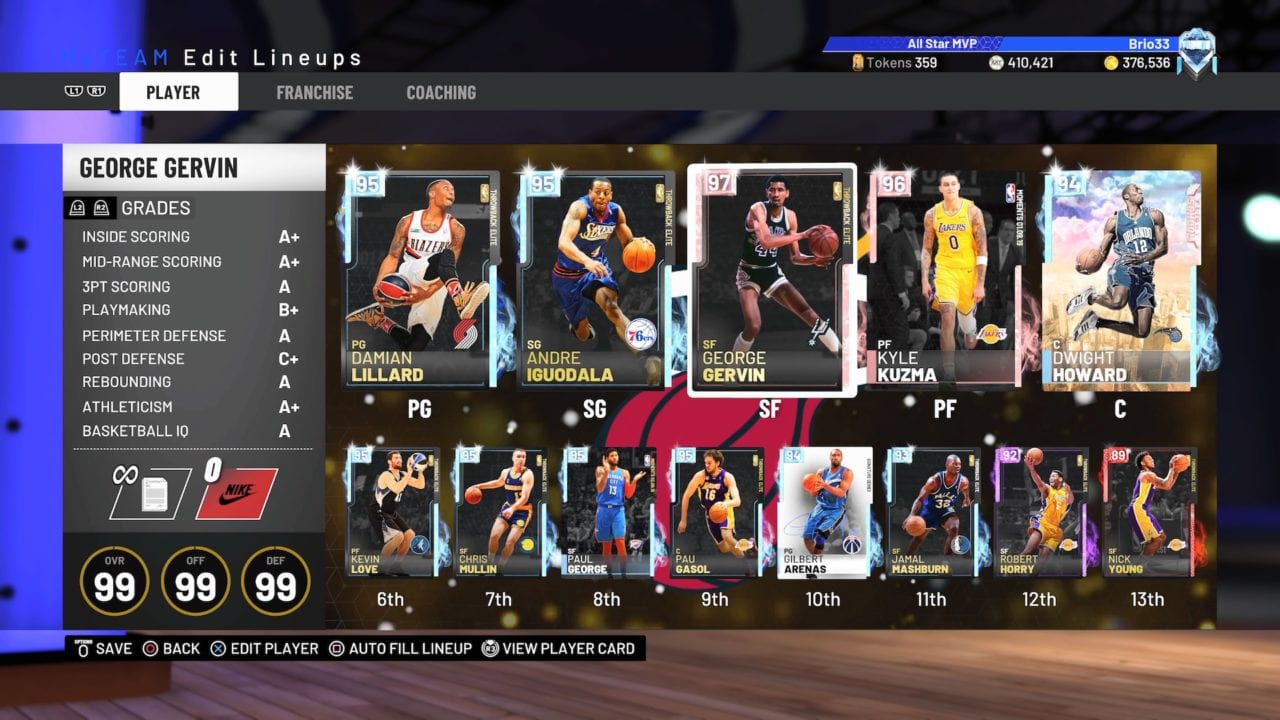 I also used the Kobe and All-Star Moments market crash to pick up and try out a few high-value cards.

Of all these cards, the George Gervin is probably my favorite. He’s a scorer, pure and simple, and can definitely shoot when he needs to. The Kuzma was nice as well, and can be picked up cheaply while the Rookie Challenge MVP Kuzma is on the auction house en masse.

From the diamond tier, that Iguodala is a defensive beast. I’d put him right up there with Scottie, even without the hall of fame badge. The Lillard is also great, and there’s so many of him on the auction house that’s he’s crazy cheap, especially for a diamond with two hall of fame badges (Catch & Shoot and Posterizer). And I’m always happy to pick up Jamal Mashburn for a 10-day contract. I’ve bought and flipped Jamal a ton, and this time around he came with an infinite contact and 3-point shoe, so who knows, maybe this will be a longer-term stay with my squad.

Or, maybe not. By the time you read this article, most of these guys will probably be gone — hopefully bringing back a healthy profit (I just sold this Dwight for 95K) — 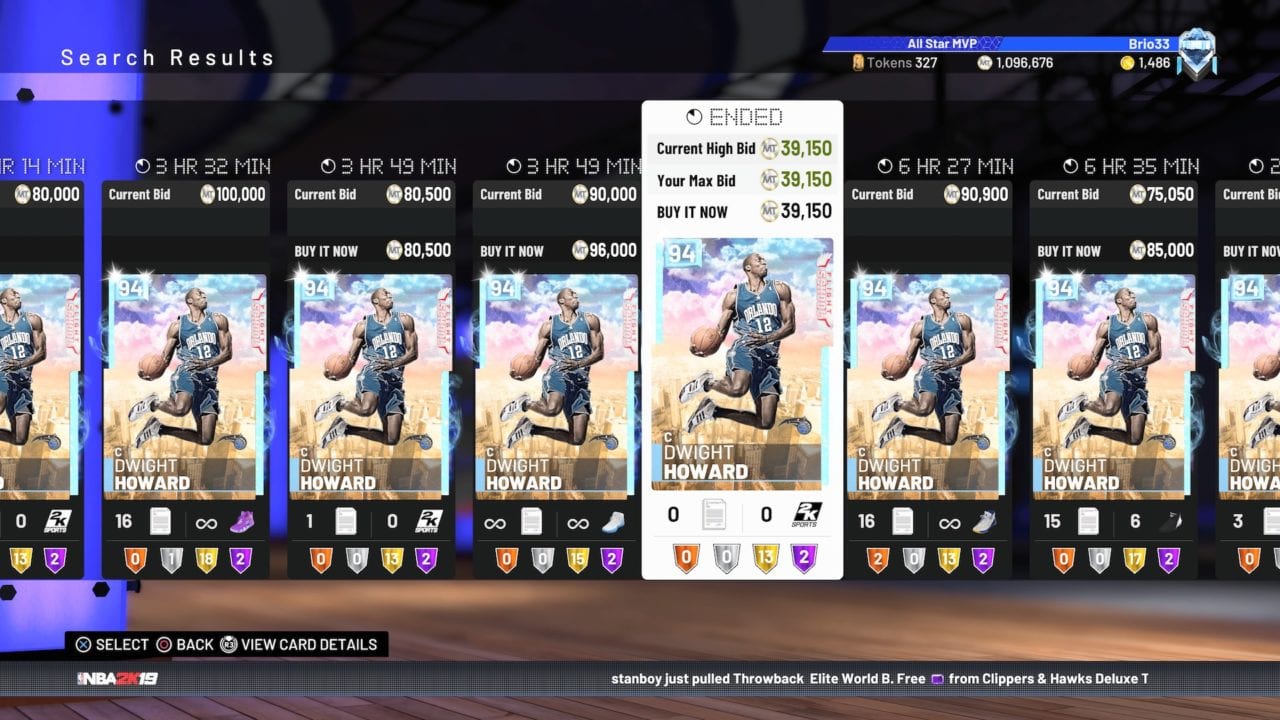 — which I’ll use on whatever the next amazing card drops are.

If I had to guess, I’d say the 20th Anniversary Larry Bird collection will be up soon, and I’m excited. Larry is one of my favorites, and I resisted numerous opportunities to pick up his diamond during the crash, because I know that sweet pink diamond will be here before we know it.

Before that though, it would be nice to have a legit Classic (with a capital ‘C’) All-Star set. 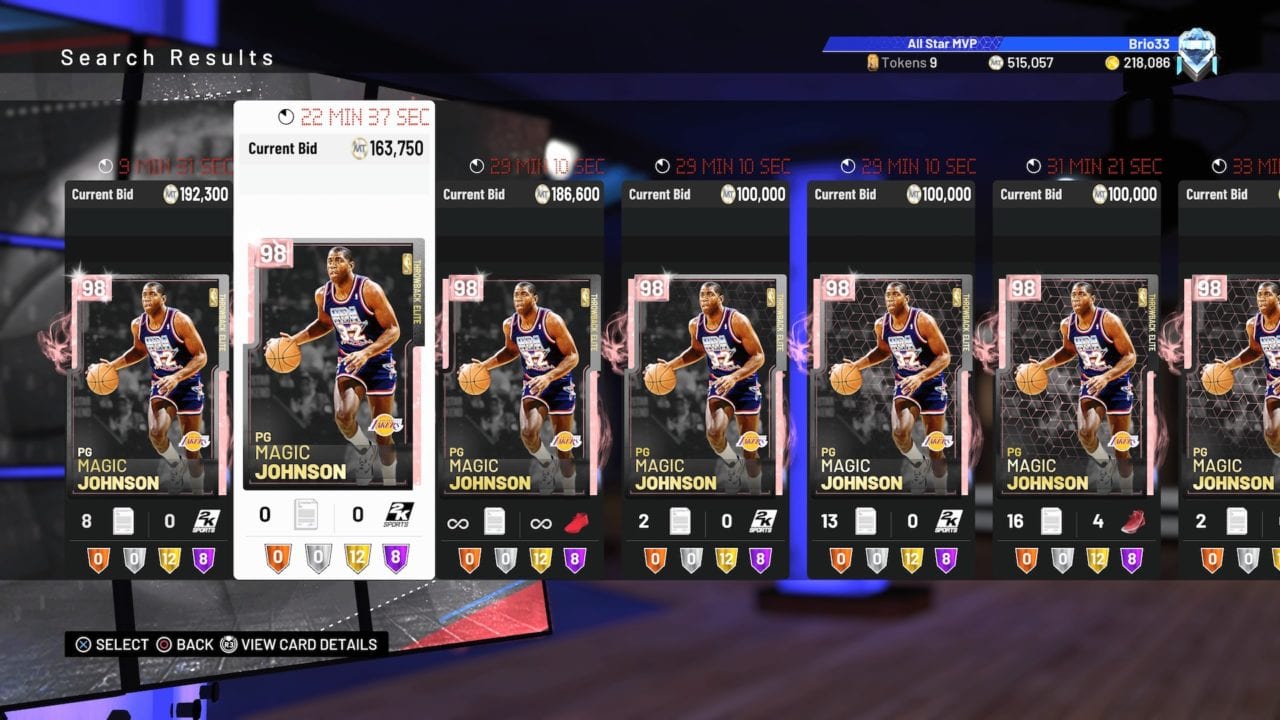 This new pink diamond Magic looks great, and I’d love to see a bunch of these, complete with their old school All-Star jerseys. Maybe a set of just All-Star MVPs, which could give us a chance to pull the new Kevin Durant again once the current All-Star Moments cards expire.

What about you, what kind of set would you like to see?

NBA Trade Deadline Recap, How Does It Affect The Digital Hardwood?
The Seven Deadly Sins of the Jordan Rec Center in NBA 2K19