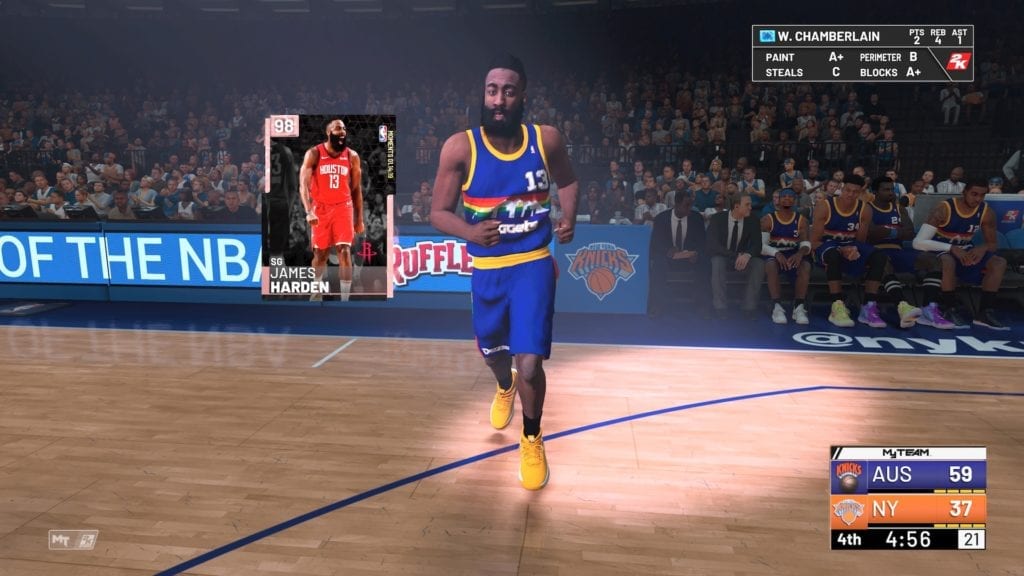 So I finally solved my 2K crashing problem.

I wish I could say there was some secret solution or low-fi trick (like blowing in NES cartridges to get them to load), but no. As I’ve mentioned previously, I tried anything and everything (re-installing, swapping hard drives, taking apart and cleaning the PS4, etc.), but nothing worked. So I broke down and just bought a new PS4 to see if that made a difference.

Just a side note though, I have noticed that sometimes during games there is a little pause in the action and it looks like the image dissolves into itself. I wonder if this is where it was crashing on my older PS4 but now the new PS4 just has way to deal with it. My old one wasn’t that old though, only two years. But whatever, I’m just happy to be back.

Now, even after 2K offered no concrete help in my time of need, I’m going to pat them on the back. 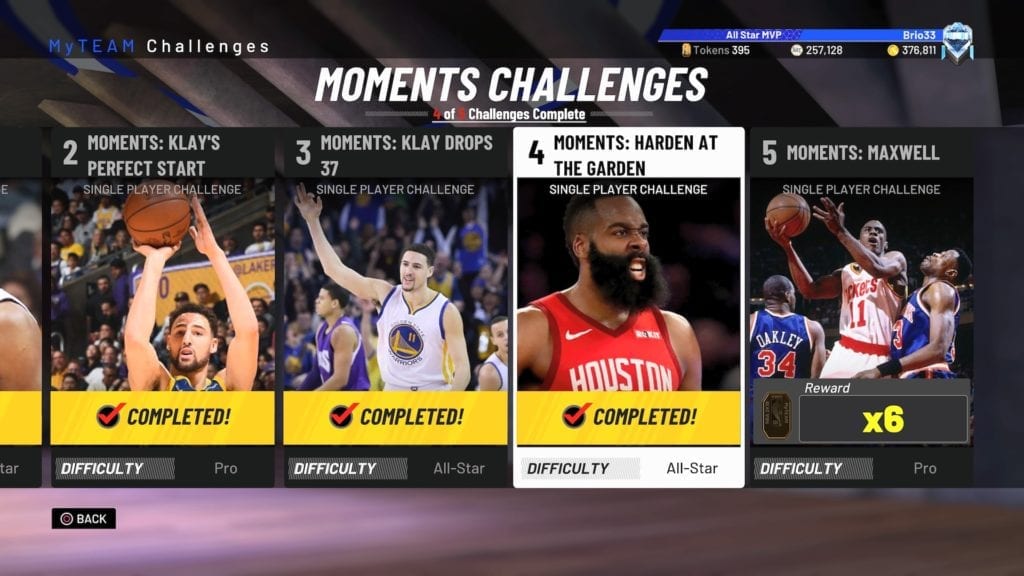 Where have all these moments challenges been so far this year? Love it! Keep it up!

During the pink diamond Klay/B-Roy signature series mini-market-crash, I sniped (100K BIN with an infinite contract) the latest pink diamond James Harden to use in those moments challenges. Even though I was rusty from not playing a ton recently, the symbiosis between myself and The Beard was operating at a high level. We murdered those challenges, and made a nice chunk of change (and tokens) in the process.

I also managed to snipe (also for 100K) a diamond Drazen Petrovic. My intent was to flip him, but I have 100 percent fallen in love with this card. I actually think I’m going to sell my Harden (as I’m sure greater Harden cards are coming) and keep Drazen. He’s got hall of fame Catch and Shoot, Deep Range Deadeye, and Limitless badges, and his release is sweet. I also picked up a cheap pink diamond Rondo (who has hall of fame Dimer), and playing these two cards together has been a revelation. 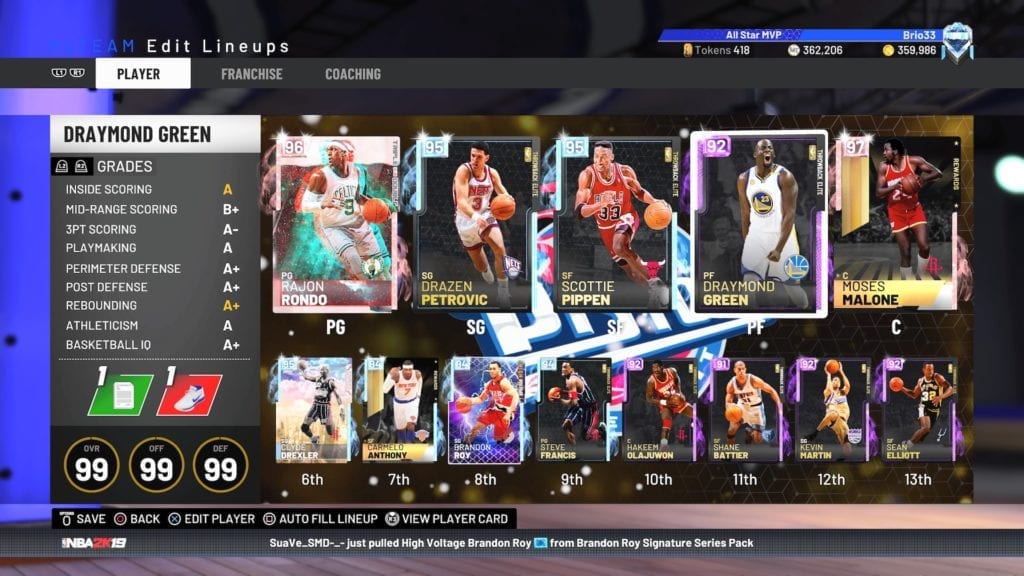 Here’s my latest Domination lineup. You’ll notice I got amethyst Draymond back, plus a couple of other throwback elite cards. Thanks to that one Harden challenge with the throwback elite pack as a reward, the auction house was flooded and I went on a shopping spree. All of the cards I got (and I got a TON) were under 10K, with some being way less.

Over the next week, I’m going to audition them as I plan on keeping a few and flipping the rest. Then hopefully next time I’ll dish out a more detailed analysis. But basically if I were creating a budget squad tomorrow, these cards would be where I’d start. 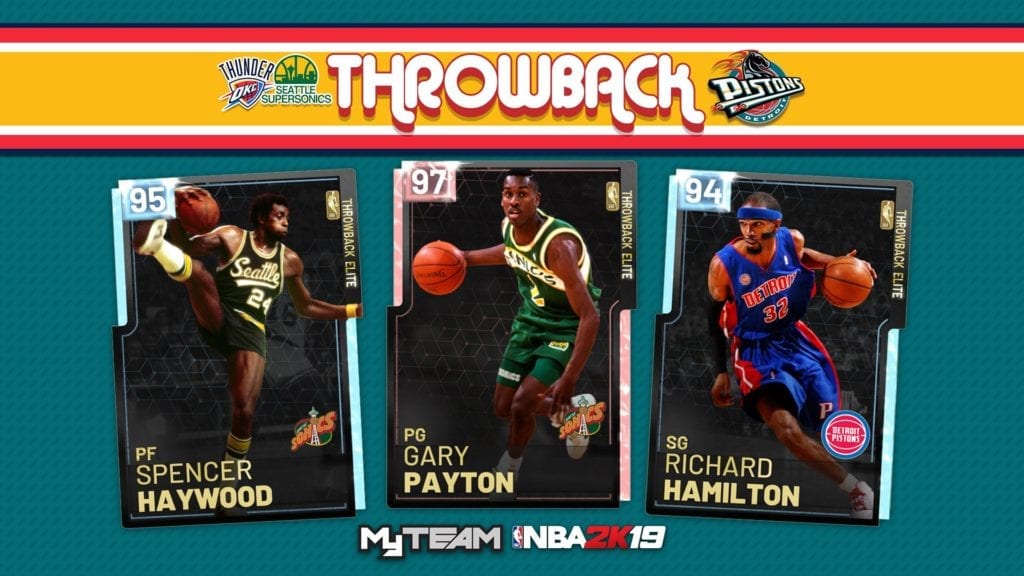 For now I’m going to stay vigilant and try to snipe this pink diamond Gary Payton.

I was super close to locking in the Triple Double premium set for pink diamond Jason Kidd, but that seems irrelevant now. The Glove looks awesome (SIX hall of fame badges for a throwback card), and based on his auction house price, I think the rest of the world agrees. I can’t wait to see what next week’s throwback elite cards are. Is it too much to hope for a pink diamond Darko Milicic?