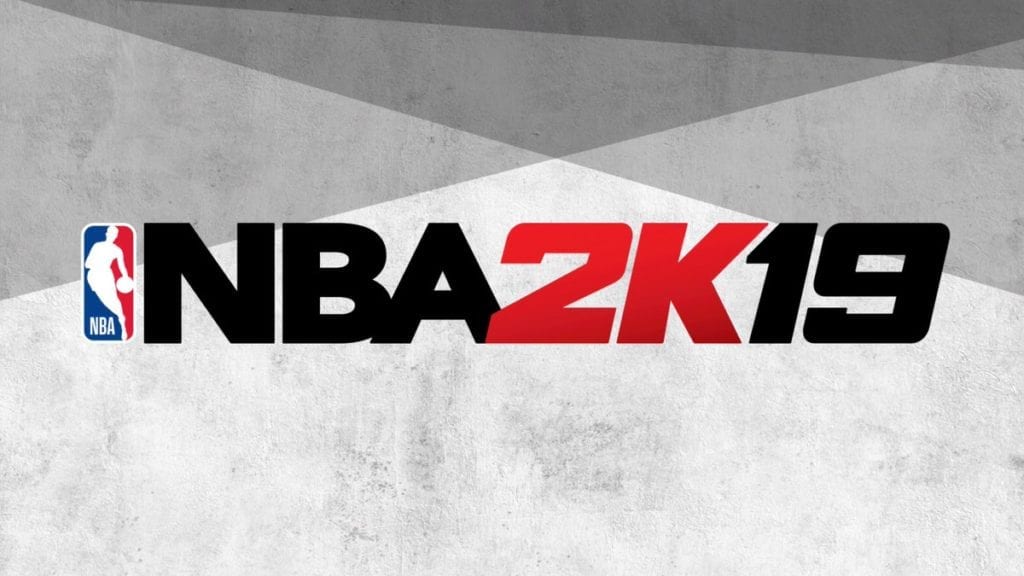 With NBA 2K19 having been released a little over a month ago, many players are now beyond the exploration stage of the game and have settled into a rhythm with the latest release.

While the game is a very good representation of simulation basketball, some known issues from 2K’s past have once again revealed their ugly head and some new problems have joined them.

Per @Ronnie2K on Twitter, patch 4 is due to be released within the next couple of days so let’s take a look at what needs to be addressed in the upcoming and future patches for NBA 2K19.

This wouldn’t be an NBA 2K game without inconsistent servers. For whatever reason, 2K seems to be unable to shore up the netcode to provide players with a smooth experience on the court. Whether in the Neighborhood, MyTeam, or even Play Now online, problems with varying latency, disconnects, and even hard crashes have made playing NBA 2K19 online a very frustrating affair.

The entire community is affected by this and it’s especially noticeable in Park games.

For whatever reason, 2K has decided that it’s necessary to render every player occupying the park, even when you’re in a game. It’s making the consoles and servers use more bandwidth and processing power than it would if you just removed other Park players from the background when in a game. 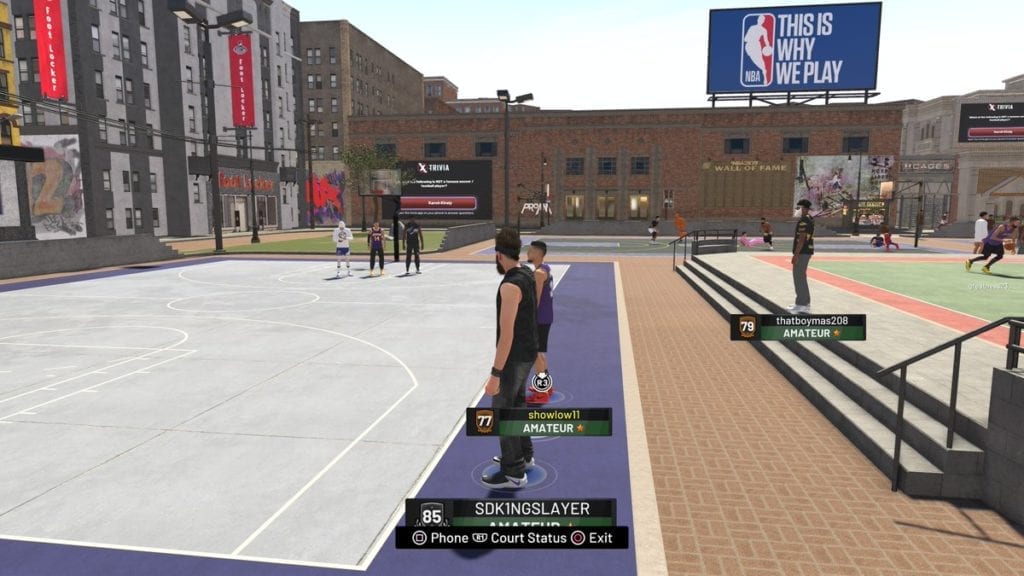 Things become even worse during special Neighborhood events as the rush of players participating in the event tax the servers even more than usual.

2K has seemingly tried to address this by lowering the cap on how many players can be in a single Neighborhood instance at a time but that has led to other issues that have become just as irritating as the online lag.

Matchmaking is Not Ideal

One of the biggest complaints going around the 2K community is that getting in games at the Park can be an exercise in frustration and it’s one that I have definitely experienced.

I’ll roll up to a court and jump on an open spot at the Got Next circle only to immediately see the other two players check their phone and immediately hop off. Another example is players leaving after a game that we had won simply because a crew of high overall players jumped onto the squad spot to get next game. 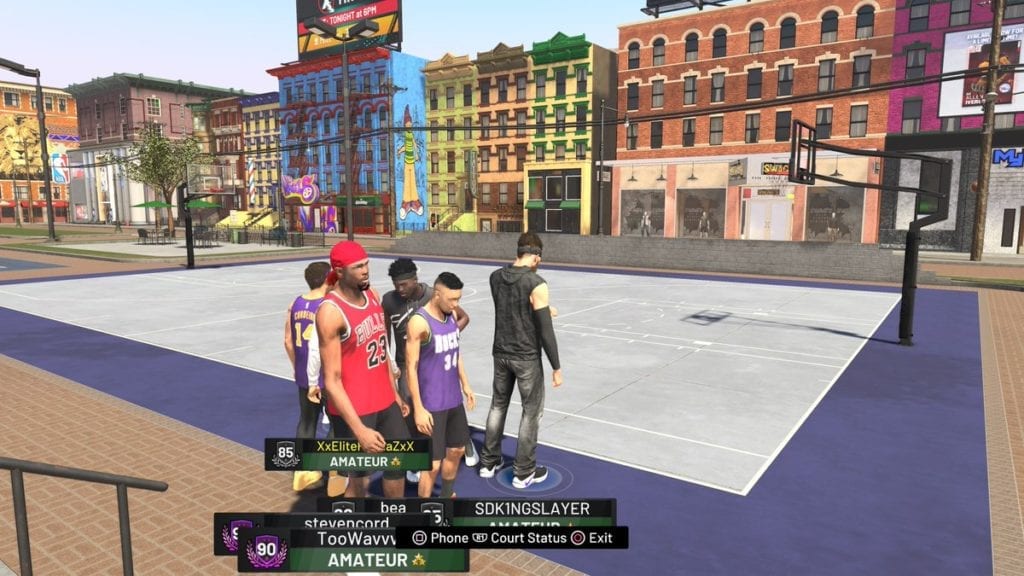 While being able to see an archetype is important for team chemistry, the real problem comes down to being able to see stats and records of the other players. Despite the fact that there is no real regression from losing Park games, having a pristine record has become a badge of honor and, for many, an excuse to be an elitist.

A solution that has been brought forth by many prominent 2K players such as Agent00, is to split Park into ranked and unranked sections.

Anyone trying to keep a spotless record can still do so by being picky with teammates on the ranked Park courts while those, like me, who like to experiment with different archetypes can do so in unranked Park without always worrying about people hopping off because of a bad record.

If matchmaking in the Park is a headache, then trying to play Pro-Am games is akin to a lobotomy. In NBA 2K19, private matchmaking for Pro-Am teams was introduced but so far, it has been plagued by glitches and bugs galore.

Squading up and inviting other teams to play a game takes multiple attempts to work and even when it does, one or two players inevitably get timed out by the servers. 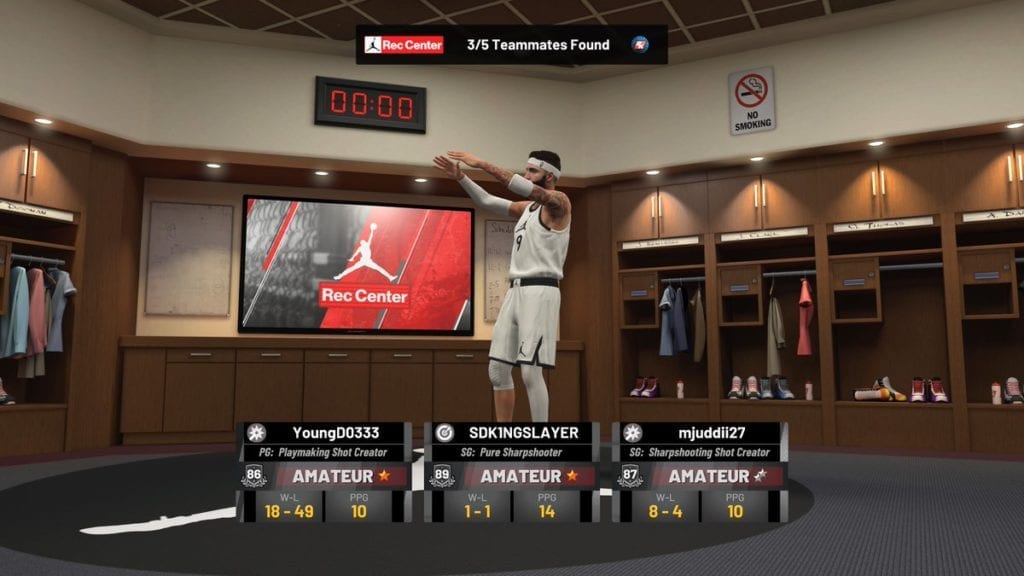 Things don’t fare much better at the Jordan Rec Center which serves as NBA 2K19’s Pro-Am walk-on. No longer are you taken to the Pro-Am gym to shoot around while you wait for the needed players to get a game in. Instead you are sent to wait statically in a locker room where you can wait up to 25 minutes to get the needed teammates. In that time, multiple players will come in and drop out of the queue because of the inordinate amount of time it takes to play.

Even worse is that unlike last year, you need to have 10 user players to even head to the gym instead of having 6-8 users with a few A.I. players rounding out the teams. When coupled with the low player cap in the Neighborhoods, it makes it unnecessarily difficult to play what is probably my favorite mode in NBA 2K19.

Whether they can dump all Jordan Rec Center players into a common queue remains to be seen but as it stands, Jordan Rec and Pro-Am are almost completely unplayable.

While this is seemingly a harsh criticism of NBA 2K19, everything that I’ve mentioned should be something that can be fixed for the good of the game and series. If this were a completely terrible game, there wouldn’t be such passionate feedback from the community.

NBA 2K19 is actually a great game which is why it’s imperative for 2K to quickly address community complaints and then continue to monitor for any future need for changes. If the devs at 2K can just make modes work as intended and tune up a few gameplay quibbles, NBA 2K19 will be sitting pretty going forward.