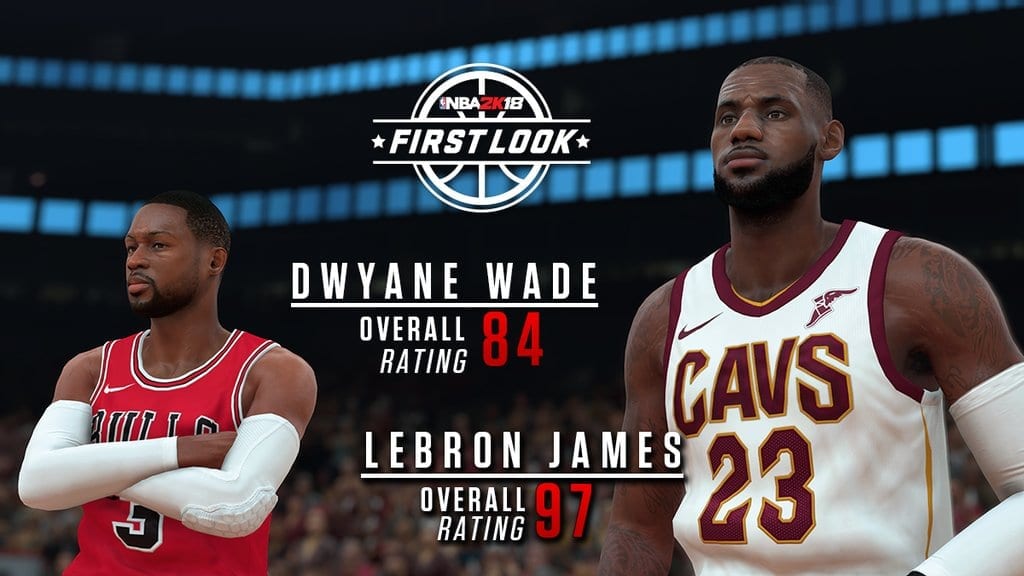 2K has released quite a few NBA 2K18 screenshots and player overall ratings over the past couple of days. Today they revealed a screenshot and the overall ratings for LeBron James and Dwyane Wade. Let us know what you think!