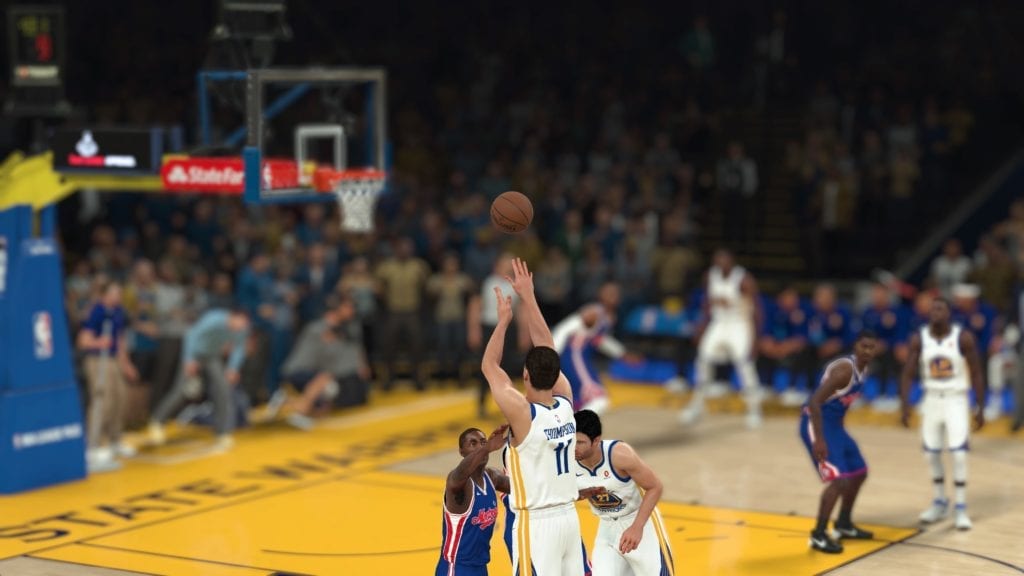 If you’re reading this, you’ve probably played your fair share of NBA 2K18 this year, be it single player against the computer or in Pro-Am. The NBA 2K League is going to feature the latter, matching teams of five against each other. This configuration has the most potential for exciting gameplay because it has the most unpredictable X’s and O’s to move around the chessboard — and the most X’s and O’s to exploit. The human element that so centrally surfaces in our overall love for sports will be present in the NBA 2K League gameplay, despite the immediate usage of avatars; that’s what will make the games worth watching.

That being said, here are several things to expect in league games.

“The league will be the players’ all-consuming life, and will engage their utmost attention in a way not possible previously.”

The Preparation Will Be There

These aren’t going to be your standard walk-on ball-hog fests. Games are going to feature the 85 best 2K players in the world. They will come in with varying teamwork skills, but in the time between the draft in March and the start of the season in May, teams will focus on building chemistry and developing their offensive and defensive schemes. The league will be the players’ all-consuming life, and will engage their utmost attention in a way not possible previously.

Coaches are going to have a tricky time here. The Mavs’ Gaming coach has said already that his scheme will depend on the players he has, which makes sense. But there are a number of complications that the league’s structure imposes on the tactical side of things. There are no in-game substitutes, and thus no bench influx of talent and potential mismatches. The same five players will (theoretically) play every game, and so pre-scouting and film should quickly develop scouting reports. There is no word yet on the archetypes used in game, but it is guaranteed that a team’s planning and execution of its offense and defense will be paramount in a way never before seen in Pro-Am.

“Hold the game to its own standard and enjoy it for that; don’t judge it for not being a real NBA game.”

Is The Game Up To It?

Ask not what the game can do for you, but what you can do for the game. Don’t go in expecting to see a mirror image of NBA gameplay and perfect “simulation” basketball. The game is not perfect, but it will arguably offer a level playing field that’s perhaps even more fair than a normal NBA game in terms of one-for-one talent. Adam Silver has no option to play god mode over NBA games, but the Take-Two team will have had months preparing the game environment to be stable and polished enough for production. The NBA believes in NBA 2K enough to make a professional league out of it. Hold the game to its own standard and enjoy it for that; don’t judge it for not being a real NBA game.

Seriously, You Don’t Have Any Concerns?

Thanks for asking. I recently re-watched the final of the 2K17 tournament in New Orleans, the one with $250,000 and more on the line, between StillTrill and Throwdown. Ever the critic, I spotted imperfections in the tactics, decision-making and defense of the two teams. But I truly think that through reasoned guidance and preparation some of the more egregious mistakes made in general Pro-Am games will be quelled. Furthermore, that game was truly entertaining, and I think it bodes quite well for the league and the competitors.

“unwritten rules are a subtle way in which the all-important human element will manifest itself, and will be another small detail that will make the league what it is.”

I’m just going to put down some thoughts on a few specific tactical aspects of the gameplay. First, high pick and rolls are always dangerous. Teams will need to communicate to cut off this play’s devastating effectiveness. Communication is, as always, key. Second, “floppy” actions — an off-ball screen for a catch-and-shoot (which also has the advantage of inverting some top teams’ preferred 4-1 strategy) — will be dangerous. Being some of the top players in the world, NBA 2K League players are going to be great shooters, making this play another one defenses will have to watch. Third, something I’m eager to see is the league having a fun time figuring out its own unwritten rules. Are teams going to dunk with the game well out of reach? Will Hack-a-Shaq find its way onto the console? Will players be able to force their way into the opposing team’s locker room after games? Those unwritten rules are a subtle way in which the all-important human element will manifest itself, and will be another small detail that will make the league what it is.

What are some things you’re expecting from the league gameplay? What are some plays you want to see? Should teams be allowed to force themselves into the opponent’s locker room afterwards?