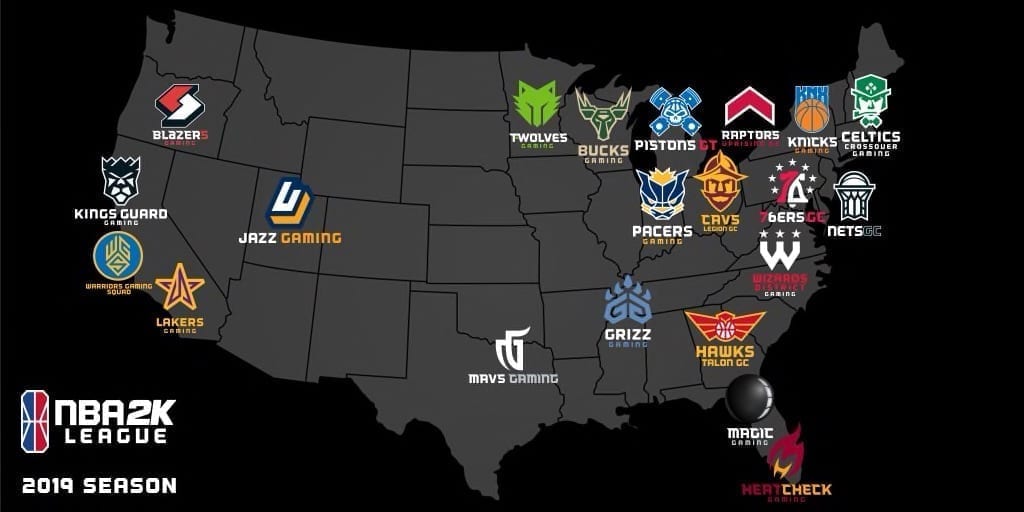 If you missed out on week 4 of the 2019 NBA 2K League regular season, read the recap below. NBA 2K League action continues Thursday, May 9 at 4 p.m. ET with THE TURN powered by AT&T from HyperX Esports Arena Las Vegas at Luxor Hotel and Casino. All games will be live-streamed on Twitch and YouTube.

PACER POWER: After a 61-57 victory over Magic Gaming, Pacers Gaming improved to 4-0 on the 2019 regular season. Rookie Matt “Matty” Grant (left) netted 31 points and dished out five assists to lead Indiana to victory. With the win, Pacers Gaming will enter THE TURN powered by AT&T as the No. 1 seed (due to point differential) and be in prime position to win THE TURN champion banner.

SEVENTH HEAVEN: With two victories in Week 4, Mavs Gaming remains undefeated (7-0) in the 2019 regular season. Peter “PeteBeBallin” Malin (left) continues to make his presence felt in his rookie campaign. In a 57-55 victory over Hawks Talon GC, the center recorded had an impressive week with a double-double 17 points and nine rebounds. After that game, Malin posted a double-double with 21 points and 16 rebounds as Dallas secured a 64-60 victory over Minnesota.

MAMA’S MONTH: Leading Blazer5 Gaming to a 4-1 record, Nidal “Mama Im Dat Man” Nasser (left) was named Intel Player of the Month for April. The dynamic point guard averaged 23.5 PPG on 53.5-percent shooting and tallied 12.8 APG. The other part of Portland’s 1-2 punch, Dayne “OneWildWalnut” Downey, was named Intel Player of the Week for Week 4 after averaging 16.5 PPG & 17.5 RPG for the week.

ALL EYES ON VEGAS: From May 9-11, all 21 teams will compete for a prize pool of $180,000 at the league’s second tournament of the season, THE TURN powered by AT&T, at HyperX Esports Arena Las Vegas at Luxor Hotel and Casino. This will mark the first time NBA 2K League games will be held outside of the NBA 2K League Studio Powered by Intel in New York City. All games will be livestreamed on Twitch and YouTube. Fans can attend THE TURN at HyperX Esports Arena Las Vegas by purchasing single-day tickets for $20 or a full three-day tournament package for $30, on sale now here.