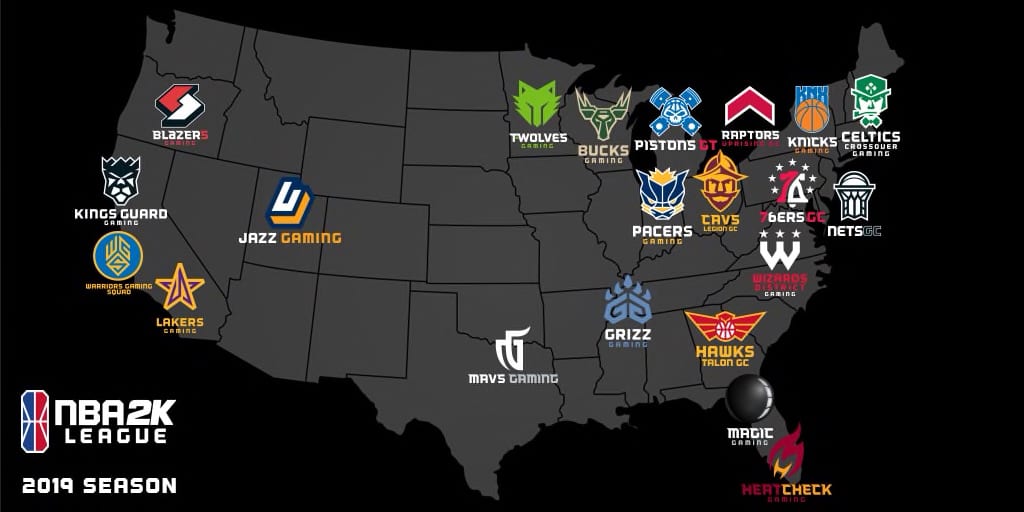 The regular season begins tonight, as NBA 2K League week 1 is set to tipoff at 6:00 PM ET with 5 games scheduled. Another 4 games will be played on Thursday, with 5 more to wrap up week 1 on Friday night. All of the games can be seen on Twitch and YouTube.

Check out a preview of events below, along with the full schedule for week 1.

HELLO, OLD FRIEND: Before being selected by Hawks Talon GC in the NBA 2K League Expansion Draft in November 2018, Devon “ARS0NAL x” Peek (left) was the starting center for Celtics Crossover Gaming. The center averaged 19.5 points and 12.0 rebounds during THE TIPOFF powered by AT&T. Peek and Hawks Talon GC will face off against Albano “oFAB” Thomallari and Celtics Crossover Gaming on Wednesday, April 10 at 7 p.m. ET.

MAMA’S GUARANTEE: During THE TIPOFF, Bucks Gaming pulled off an upset with a 71-56 victory over Blazer5 Gaming, who had the best record in the 2018 season. In addition to strong three-point shooting (70% 3FGM), Milwaukee received a strong contribution from the no. 6 overall pick, Tyler “Plondo” Lay, who posted a double-double of 11 points & 10 rebounds and held the 2018 NBA 2K League MVP and DPOY Dayne “OneWildWalnut” Downey to eight points and eight rebounds in the contest. The two teams will square off again on Thursday, April 11 at 7 p.m. ET where Portland’s Nidal “Mama Im Dat Man” Nasser (left) has already guaranteed a victory.

FOR THE HISTORY BOOKS: When Mitchell “Mootyy” Franklin and Lakers Gaming visit Brandon “Hood” Caicedo and T-Wolves Gaming on Thursday, April 11 at 9 p.m. ET, it will mark the first time two expansion teams compete against each other in an NBA 2K League game