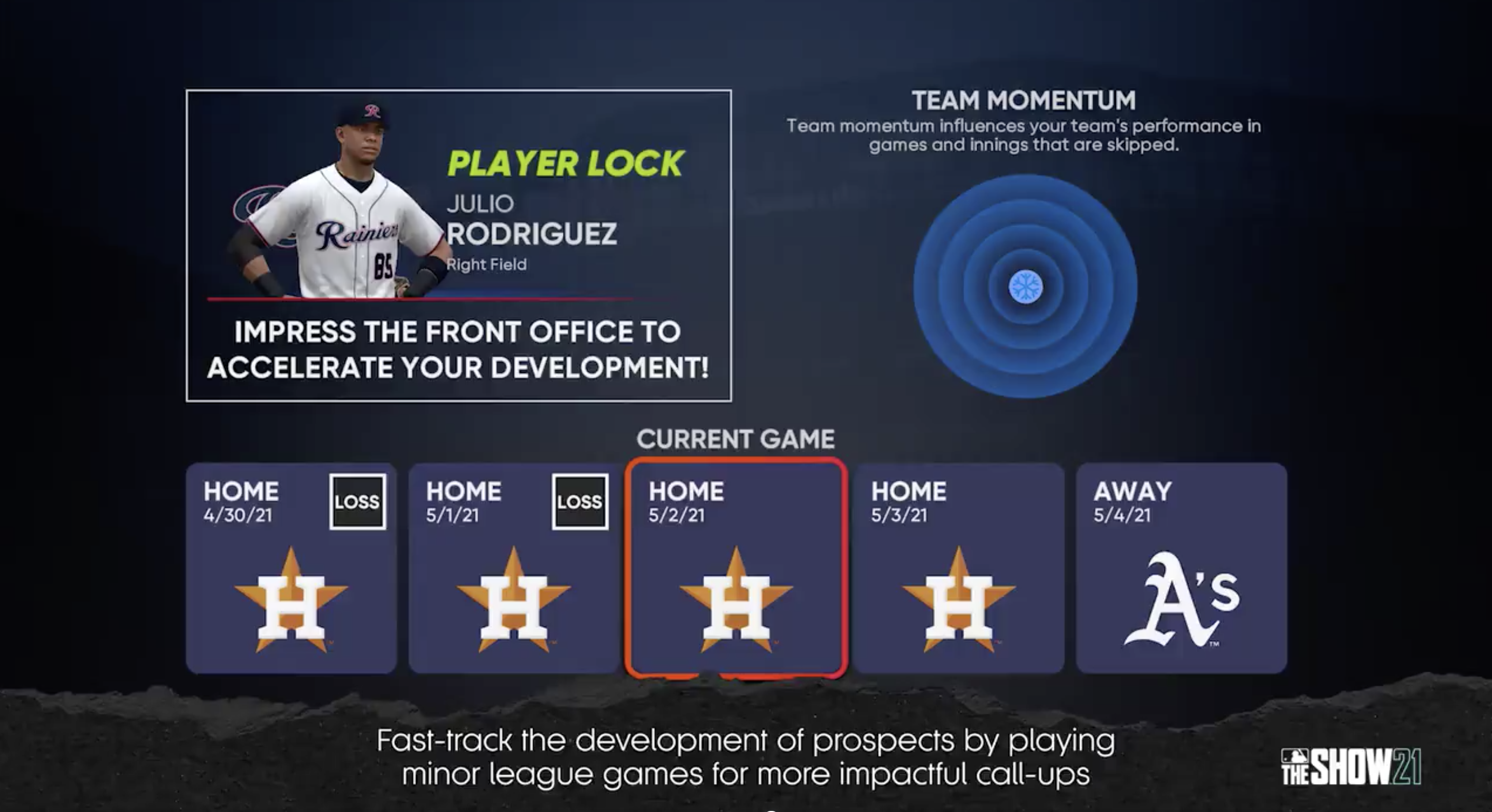 San Diego Studio has released a new trailer detailing some more changes coming to MLB The Show 21, this time focusing on March to October. In this teaser, a major focus seems to be on the work to further streamline the mode.

The biggest selling point in March to October for MLB The Show 21 seems like it will be more user control of the team as you push for a World Series run. Some changes detailed in the trailer include the ability to tinker with your team’s depth chart, your team’s farm system, as well as “massive” improvements to the player logic system. The “massive” improvements statement came with video of a trade screen. 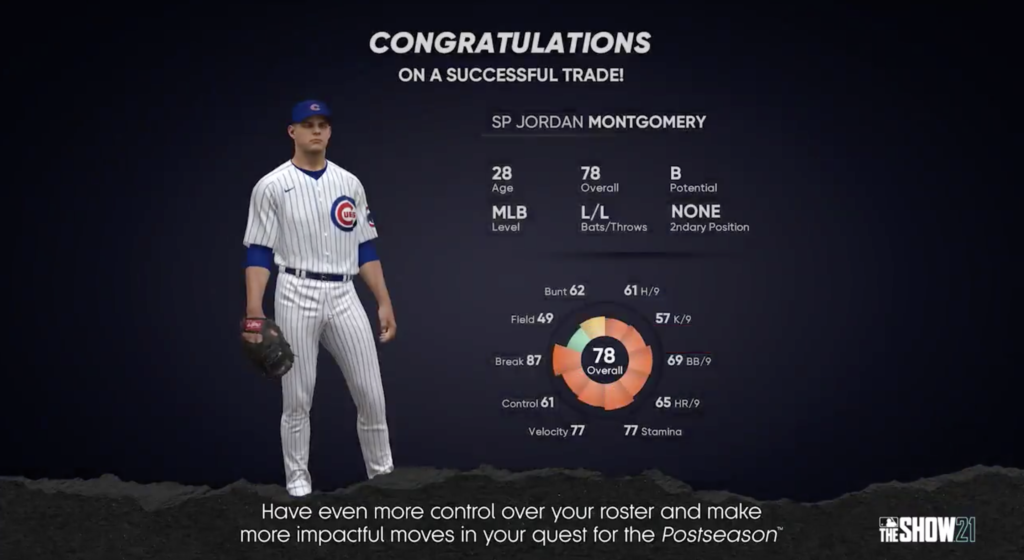 So, just to get the discussion started here, trade logic in MLB The Show has been pretty shoddy for quite some time now. It’s been a function that’s needed, well, “massive” work for several years. Using a word like massive to describe improvements in that regard is a pretty loud statement, so we’ll have to wait and see what exactly that looks like.

This specific teaser only concerns March to October, though franchise players should absolutely take this information and expect it to make its way into their mode as well. The franchise teaser from SDS should be coming in the next week or so, and that may help answer some questions.

The ability to tinker with your team’s depth chart will be a welcomed addition as CPU lineup logic has struggled for a few years as well. It remains to be seen whether you will be able to make any changes to your team’s batting order.

The video promised things such as constant intensity throughout the mode as well, though that can more than likely be chalked up as arbitrary window-dressing (and will be hard to quantify) until we get our hands on the game to experience the mode for ourselves. On top of that, the trailer overall felt a little more like it was appealing to MtO fans than it was franchise fans, which is obviously expected for this specific teaser.

To put it another way, while MtO and franchise mode have some of the same audience because of the way MtO and franchise can co-mingle, the focus was more on how MtO is being made more exciting rather than getting into nuts and bolts of franchise realism. This is the correct route to take for a teaser, but we’ll continue to hope we get some more long-term upgrades like lefty-right splits for pitchers and other ways to make franchise building feel unique when franchise mode gets its turn.

San Diego Studio also made it a point to emphasize your ability to impact the progression and development of prospects in the video, as well as earning call-ups for top prospects in your pursuit of the playoffs. In addition, a new screen showing off your depth chart for this season and future seasons gives us major OOTP vibes as you can gauge how your organizational depth will change year to year.

It seems as though players will be able to go play as top prospects at the minor league level with the chance of bolstering their attributes, as well as earning the right to promote that player. Seattle’s super-prospect outfielder Julio Rodriguez was used in the trailer, shown hitting a homer and then being promoted to the big leagues. That’s certainly a fun wrinkle, though from this chair, you’d hope top prospects have the chance to be called up independent from your ability to perform with them in short sample sizes. I’m sure that’s still the case, but it’s worth mentioning and tracking.

Besides the March to October emphasis here, the video also showcased some of the new user interface elements for MLB The Show 21 (at least on the PlayStation 4 build). It’s a much darker, blue nightclub neon theme — a bit reminiscent of the screens from MLB The Show 17. For me, it’s a welcome departure from the home plate backdrop that’s been used for the last couple years as keeping the visuals fresh does wonders.

There will be another new teaser coming from San Diego Studio on Thursday. We’ll have full coverage of each trailer until the game drops April 20. You can also keep track of the older teasers by checking out some of our previous coverage on Road to the Show, a stadium creator leak, and how to sign up for the beta.

Overall, what do you think of these March to October upgrades so far?