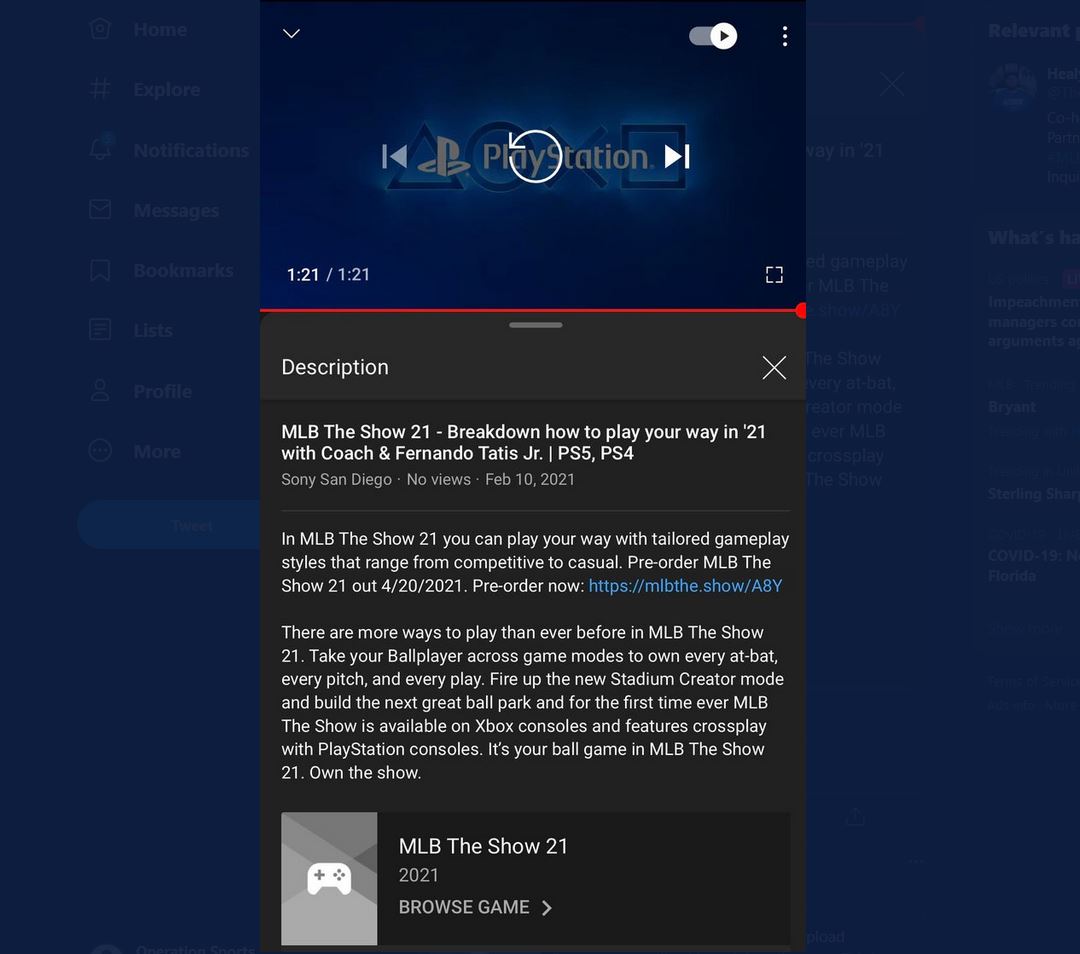 On top of the official news today from SDS, a leak made the rounds on Twitter last night, courtesy of content creator Healy, teasing a new MLB The Show 21 create-a-stadium feature. While we generally don’t like to report on unverified leaks, the source of this information came from the San Diego Studio YouTube page on a video description that has since been taken down. The assumption would be this video description was a boilerplate one written for once the general public knows all the features. However, we don’t know all the features yet, so the YouTube description is out of step with the marketing and PR plan.

Here’s the leak as written:

SDS had it in their description of a YouTube video, then removed it shortly after. pic.twitter.com/y5I1Bip6pz

“There are more ways to play than ever before in MLB The Show 21. Take your Ballplayer across game modes to own every at-bat, every pitch, and every play. Fire up the new Stadium Creator mode and build the next great ball park and for the first time even MLB The Show is available on Xbox consoles and features crossplay with PlayStation consoles. It’s your ball game in MLB The Show 21. Own the show.”

This will undoubtedly come as enormous news for the community who have been clamoring for this feature for the better part of a decade. We’ll stop short of speculating any further than this until official gameplay and/or news from San Diego Studio comes out to support what’s to come. However, we will leave with some questions that we hope get answered when the feature is hopefully confirmed.

We’re curious to see where the MLB The Show 21 stadium creator integrates into things. Will it be usable in Diamond Dynasty and perhaps cause competitive balance issues? Or will it be available in Diamond Dynasty like it is in FIFA’s Ultimate Team, but just have severe restrictions? Will it be locked to just single-player modes like franchise mode? Will we be able to save and share these creations? How much depth will this feature actually have?

MLB The Show 21 Road to the Show Two-Way Player and Cross-Mode Integration
Upload Your Diamond Dynasty Logo By February 28, If You Want it in the Logo Vault For MLB The Show 21